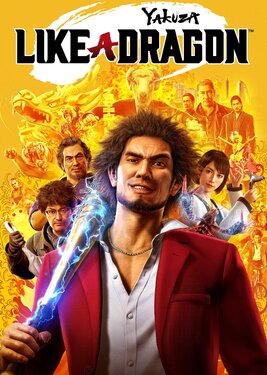 Uploaded: 17.09.2022
Content: text 17 symbols
Loyalty discount! If the total amount of your purchases from the seller GamerZ-KZ more than:
If you want to know your discount rate, please provide your email:

GamerZ-KZ information about the seller and his items

✅ LICENSE KEY FROM Yakuza: Like a Dragon IS DISPLAYED IN THE BROWSER WINDOW AND COME TO YOUR E-MAIL AUTOMATICALLY AFTER PAYMENT!!!

Activation: STEAM
You buy the official key of the game Yakuza: Like a Dragon from SEGA

The presented novelty will make adjustments to the usual gameplay. For example, the main character will no longer be Kazuma Kiryu, but Ichiban Kasuga.

It is worth noting that the game does not yet have Russian localization, but the latest information received from the Xbox developers assures that this minus will be fixed already in 2021. On the console of new generations, the game will be released at the same time, so gamers who do not know English will not have to suffer for a long time from not understanding the gameplay.

1. You need to download and install Steam http://steampowered.com/download/SteamInstall.msi
2. Log in to your account or register a new one.
3. Go to the "My Games" section and select "Activate via Steam ...", and enter the key received after payment.
4. After activation, the game will appear in the list of games (Library) and you can download it