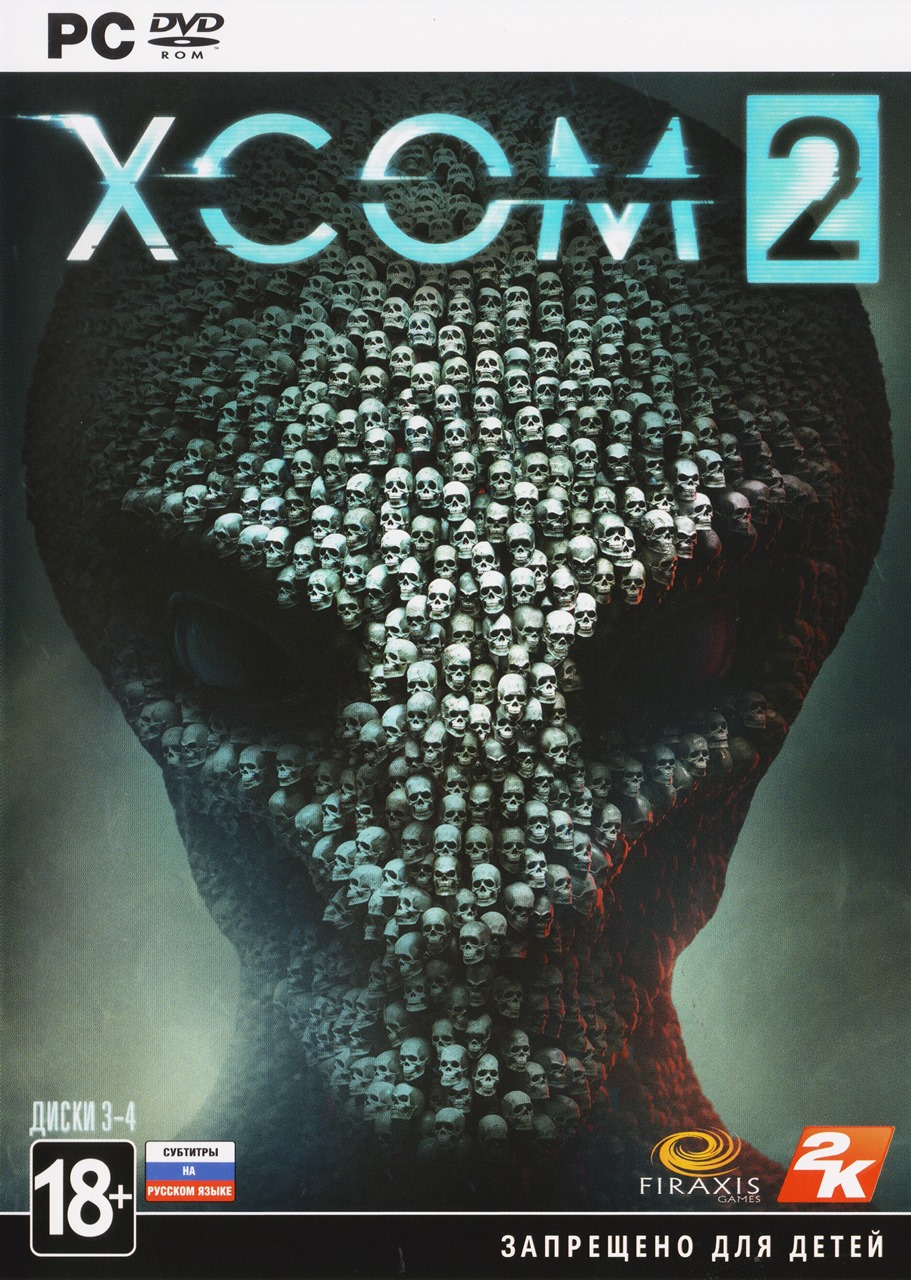 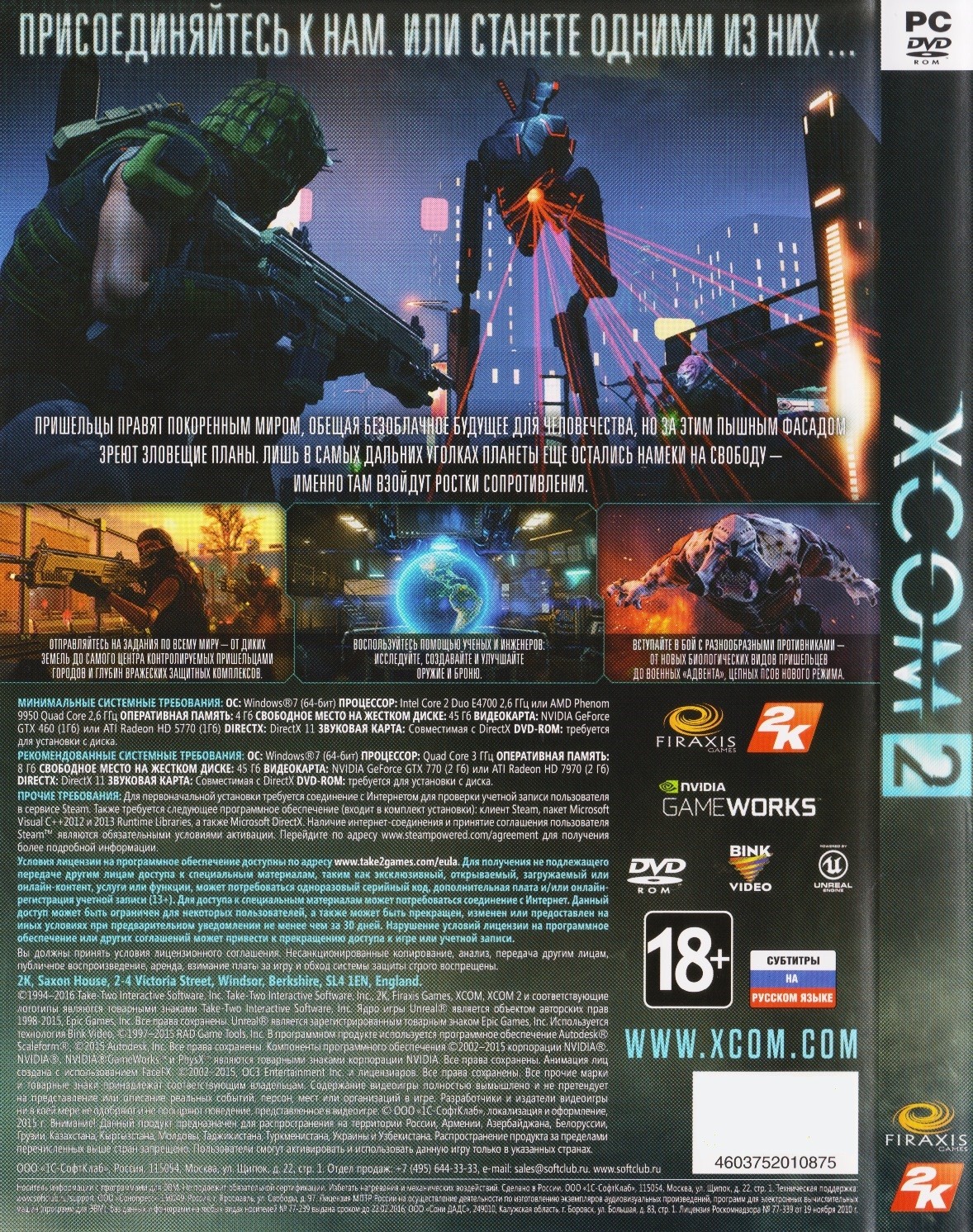 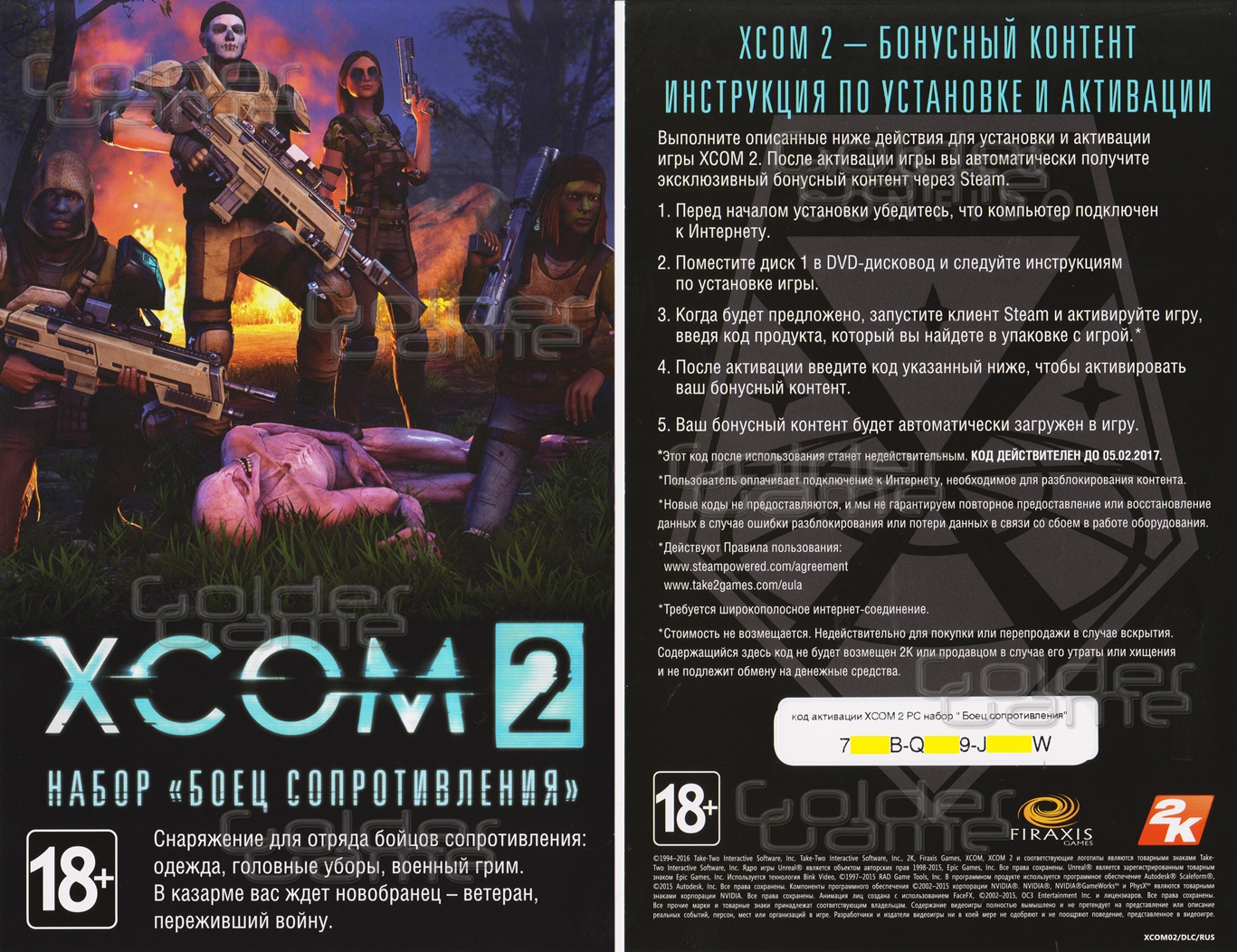 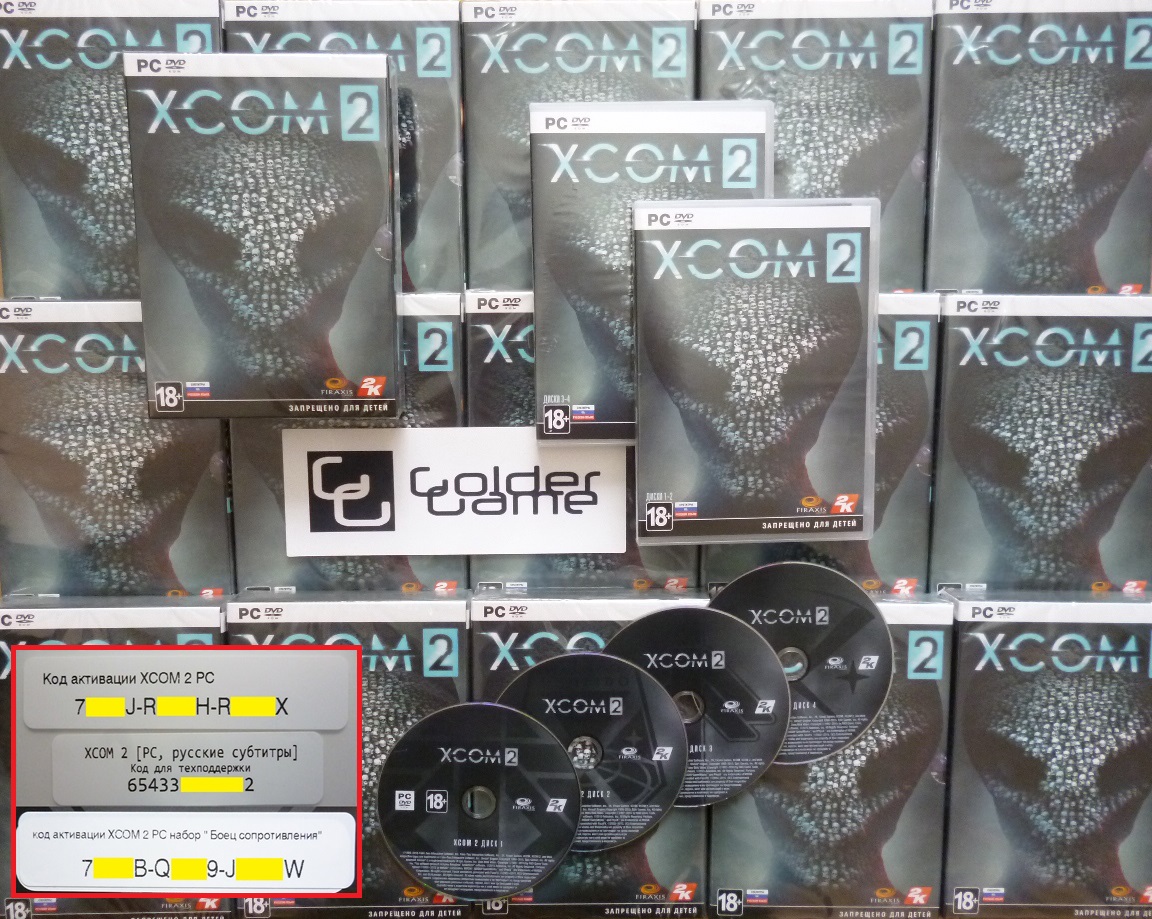 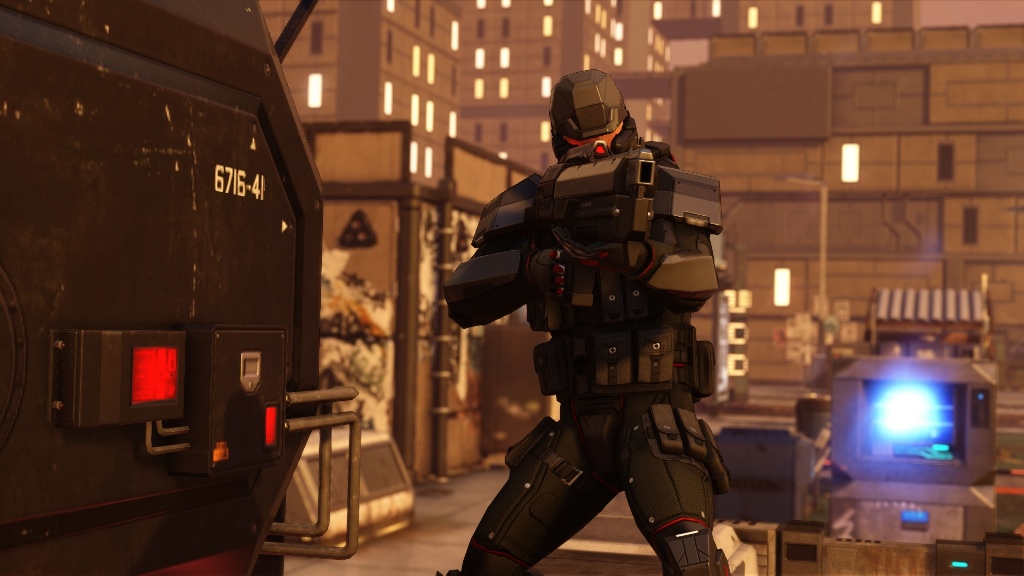 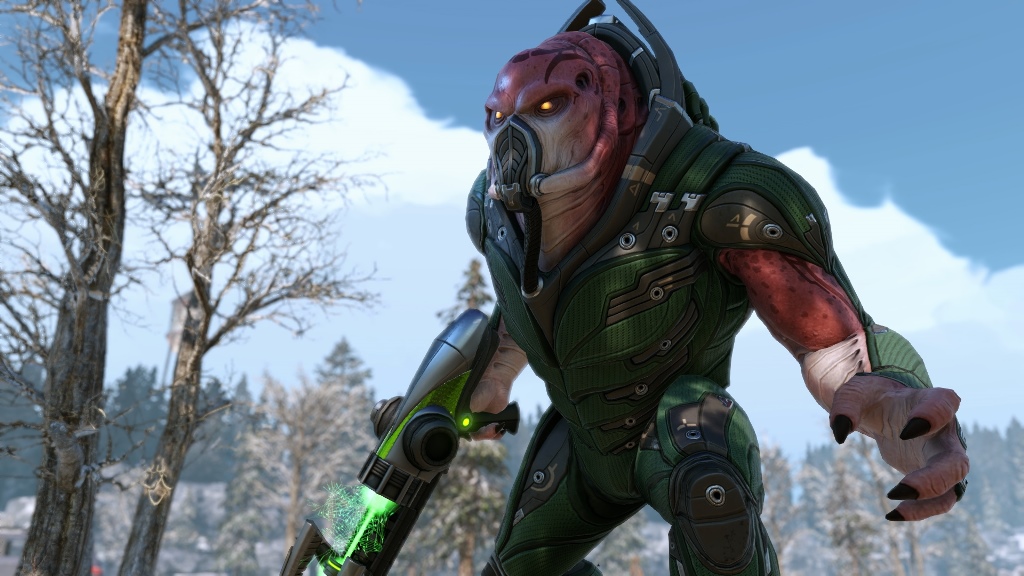 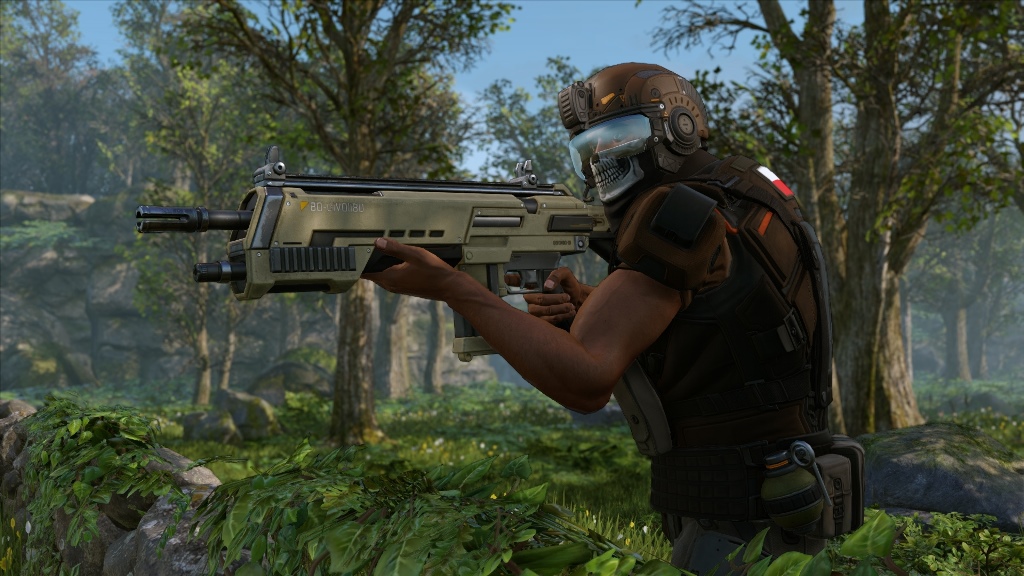 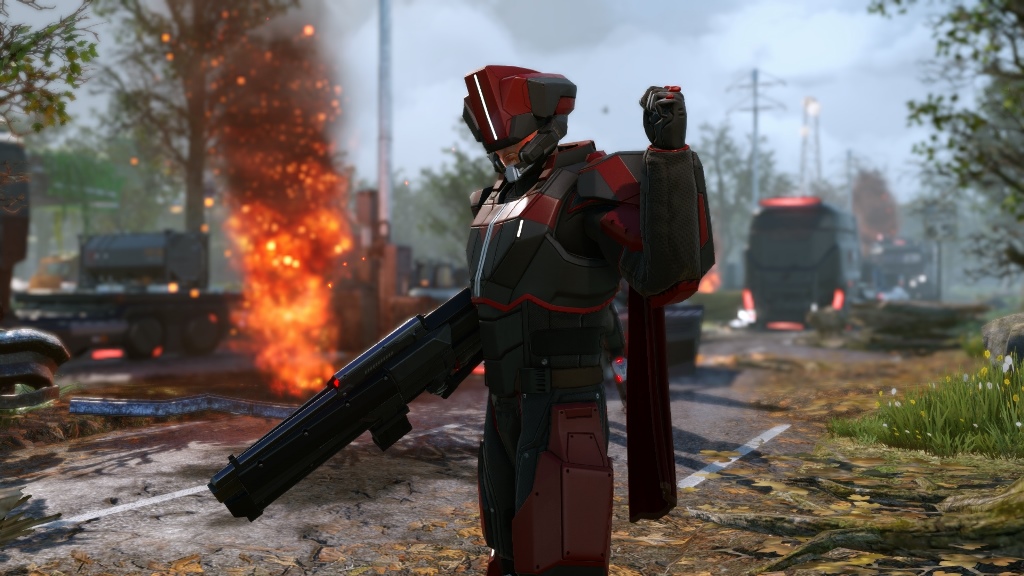 Paying this product you will get IMAGE license activation key from the box game "XCOM 2" from the company "1C-SoftKlab" to activate the "Steam".
Key collection takes place automatically, immediately after the payment.


The publisher reserves the right to change product specifications without notice.

The large-scale sequel to the game XCOM: Enemy Unknown, to revive the legendary classic strategy.

The XCOM 2 game was introduced plenty of improvements and new features that will diversify the gameplay elements of action, complicate the tactical component. The famous strategy becomes even more exciting and richer.

Humanity has lost the war. Twenty years have passed since world leaders signed an unconditional surrender, and the earth was given to aliens. Last Line of Defense, the organization XCOM, broken and forgotten. Aliens rule the conquered world, raising the glittering city that promise bright future for mankind, but behind this facade of lush mature sinister plans. And only in the most distant parts of the world there are still hints of freedom - that is where the sprouts sprout resistance. XCOM will be revived and will continue to fight!

You have to take command of "The Avengers" - the alien ship, which became a mobile base organization XCOM. Moving through the world, causing an unexpected blow, rescuing people and seizing valuable equipment, resistance would gain strength, and humanity will get a new hope. Construction of more flexible combat mechanics, five classes of fighters with their own set of skills for the development of the system of random generation of levels - XCOM 2 is intended to be a worthy continuation and development of the ideas of the original game.

For twenty years, humans and aliens had swapped. Now you just have to carry the offensive in a limited capacity in the face of constant threat must be removed from their mobile staff. Using firepower and diversionary tactics in the confrontation with the superior forces of the enemy, you have to recruit soldiers and build a network of underground resistance to destroy the plans of the aliens and save mankind.

• • • • • •
GIFTS
• • • • • •
• Each buyer we give a gift - guest key to Diablo 3. To do this, leave your positive feedback and send to our mail a request "I want to present." The request must be sent to profit from the post office that you specified when you pay, or enter an account number in a query of your purchase. The gift will send a return letter.
• Every third customer (in random order), we give the occasional game for STEAM / ORIGINAL. To do this, leave your positive feedback and wait for a gift in the mail if you win.
• The shares do not participate resellers!