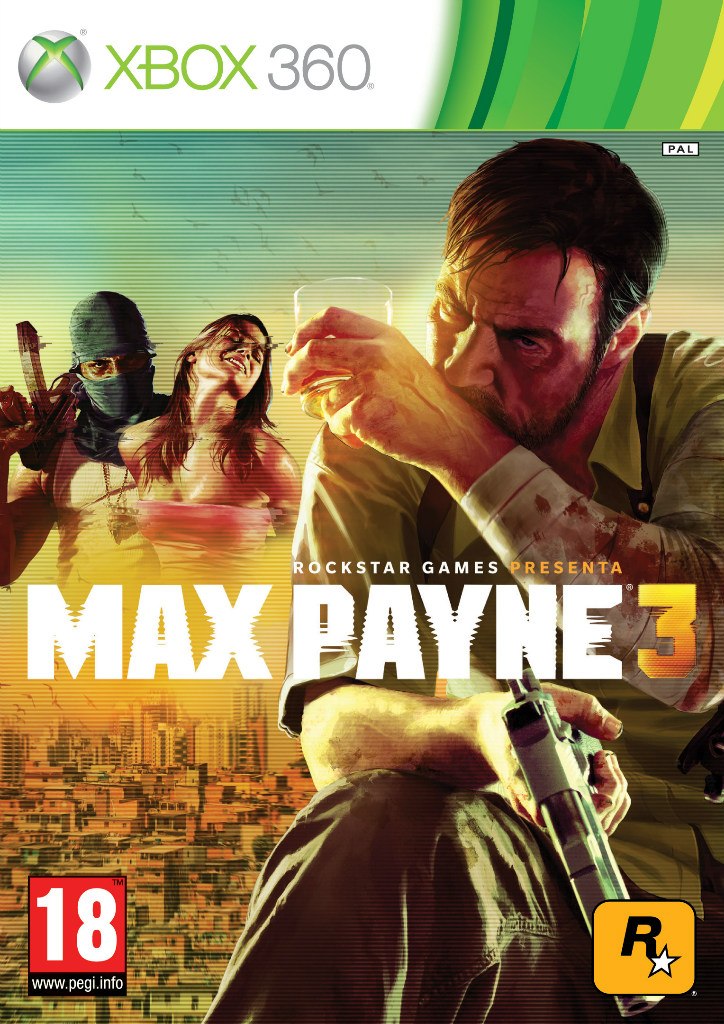 After the events of Max Payne 2 has been eight years. Max is not cop - he drunken sitting on painkillers unemployed. Broken. Crushed. Without purpose. But by chance after moving to Brazil, he entered the service of the private security agency and is assigned to protect the family of successful real estate dealer. Soon Max in their own skin will feel not only New York, but Sao Paulo lives by its own laws ...

One of the features of Max Payne 3 is a system of shelters, introducing in shootout strategic element and allows players to battle in every new act according to the situation.

If a friend was suddenly

A large role in Max Payne 3 assigned partner and opponents of the hero. To create a character on the court motion capture were recorded hundreds of hours of video, and this has allowed every skirmish, every episode to make a truly unique game.

In the style of Rockstar

All in Max Payne 3 worked out to the smallest detail. Shooting passes without a trace: each released the bullet affect the appearance of the level at Max´s face and body in the heat of battle in favor perspiration, wound oozing blood enemies. Detailed guns blazing: the trigger works, the shutter clicks, popping out of the chamber liner.

Heroes do not go away

The role of Max Payne sang familiar to fans of the series James MakKeffri, voiced detective in the original Novels. However, Max Payne 3 his role was not limited to only one voice - James gave Max his appearance, but also made in the acting role at the site of motion capture.