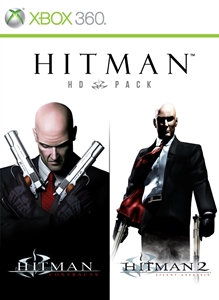 Uploaded: 03.06.2022
Content: text 28 symbols
Loyalty discount! If the total amount of your purchases from the seller ossis more than:
If you want to know your discount rate, please provide your email:

Discover the many favorite classic games: HITMAN 2: SILENT ASSASSIN and HITMAN: CONTRACTS, combined into one HD-collection!


HITMAN 2: SILENT ASSASSIN - The second game in the Hitman series was published in 2002 and made the game a lot of new elements of the series are now enjoyed by millions of players. It appeared the famous rating ´Silent assassin´, rewarding for the game in the style of a ghost when the player destroys the only main goal without falling anyone in the eye. Here came the Attention light, thanks to which players could interact better with the disguises and enter restricted areas. Moreover, in this part of the game Agent 47 first began to lull people with chloroform.


Agent 47 took refuge in old Sicilian convent, thinking there about his past life as a bounty hunter. His only friend and mentor at the time was his father Vittorio, but he stole the mafia. To find Vittorio Agent 47 got in touch with his former employer, the agency ICA. He agreed to work again on the Agency if it finds coordinator Diane Bernvud father Vittorio. This is the beginning an exciting adventure that led Agent 47 to the fact that he did not expect to find: the mystery of its origin.


HITMAN: CONTRACTS - The third part is the most dismal game in the series. The action begins in Paris, where Agent 47 wounded policeman. Agent 47 barely gets to his room at the hotel where faints and sees hallucinations about his past jobs. In addition to the many new missions, players are invited to remakes of selected levels of the first game - Hitman: Codename 47.


In Hitman: Contracts to add some more successful innovations that enable players to silently eliminate targets. At each level you can find many different ways to do the job.