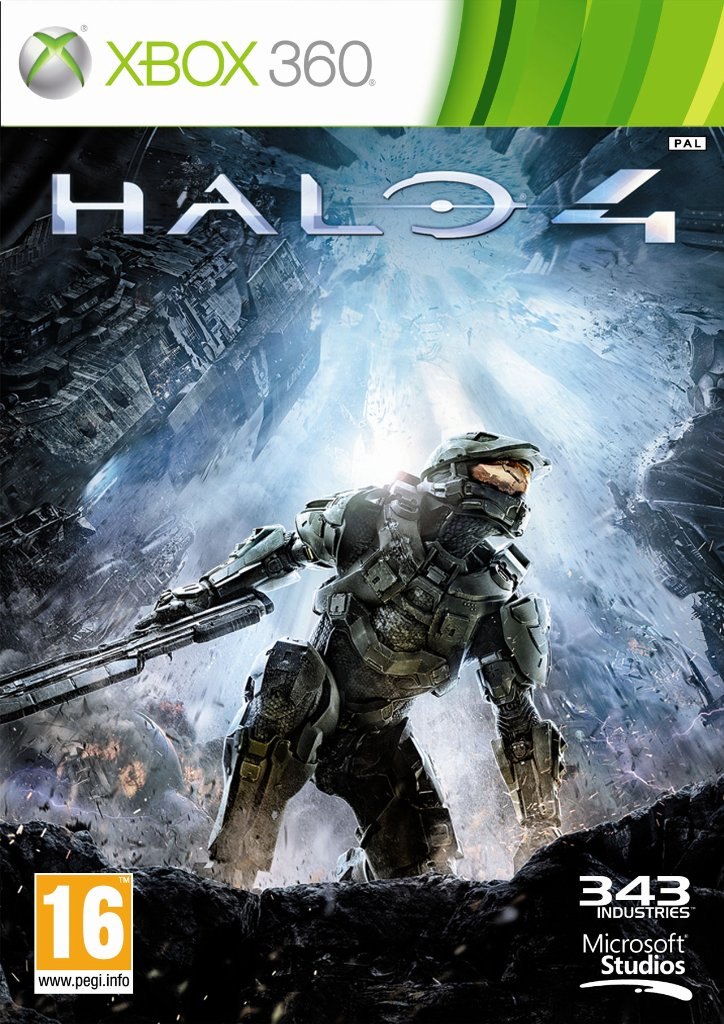 Uploaded: 21.10.2022
Content: text 22 symbols
Loyalty discount! If the total amount of your purchases from the seller ossis more than:
If you want to know your discount rate, please provide your email:

Cooperative play without a network: up to 4 players

The action of "Halo 4" begins five years after the events of "Halo 3" and the new direction of the story creates another round sci-fi saga. Master Chief returns to meet face to face with his destiny and fight the ancient evil that keeps at bay the entire universe. In addition to the rich history and the campaign, "Halo 4" will be different stunning multiplayer mode, "Halo Infinity Multiplayer". This resource has absorbed the rich history of the joint game mode "Halo", but uses innovative technology that will change the presentation of the players should look like multiplayer and how it reflects the history of the game world.


Your career start at Spartan UNSC Infinity- - the largest fleet of spacecraft people. This is where you create a super soldier Spartan-IV, which will participate in multiplayer games of his career "Halo 4". Thanks artfully recreated surrounded by a vast space ship combat, your multiplayer game will be integrated into the atmosphere "Halo" like never before. Selecting perpetrated during the game, it will affect your appearance, arsenal and role on the battlefield.


Spartan Ops. History UNSC Infinity intersects with the campaign "Halo 4", and continues in a brand new game mode with his storyline called Spartan Ops. The first of its kind, addition Spartan Ops is a series of adventures that combines fascinating history, exciting videos and hurricane gameplay and creating an unprecedented sense of involvement in the events of the series.


Thanks to a new weekly series on Xbox LIVE, Spartan Ops will tell the whole story UNSC Infinity, which will happen after the events of "Halo 4". The main characters of these episodes are leaders UNSC Infinity and the team, as well as a new group of Spartans - Majestic Squad. This series will be a kind of weekly briefings for missions Spartan Ops. You can play alone or with friends (up to 3 players), exploring the corners of Requiem in special missions and helping to reveal the secrets of the ghost world Forerunner.


Large-scale adventure Spartan Ops, based on the history of "Halo 4" supplied with the "Halo 4" free, offering users two campaigns in the same game.


War Games. Competitive multiplayer modes of the game "Halo 4," known as War Games, take place on the combat deck UNSC Infinity, traditionally retain the intuitive and deep immersion into the world of "Halo", which is so valued for multiplayer game series. In this context, "Halo 4" offers a fresh and thoughtful game modes and strategies to help you pursue a career Spartan-IV. Further information on the regime of military games will be announced later.


Free battle and character development. "Halo 4" differs significantly expanded range of multiplayer game modes, more weapons, transport, the possibility of reservation, as well as the boot system and character development system and armor modifications. All this is the first time for "Halo 4" allows you to create modifications improve the game. Innovations can be used in Spartan Ops, and in particular the war games, expanding choices. This allows you to more fully reveal the creative possibilities and makes a dive even deeper for connoisseurs and easy - for beginners.


Character development "Halo 4" goes much further than simple aesthetic upgrade, inspiring the players to ensure that they have spent their time and effort to create Spartan who looks and behaves the way they want it. Depending on the style of play that players prefer, they can earn and activate combat improvements, also called "specialization" - from tricks to common attacks, including everything in between.