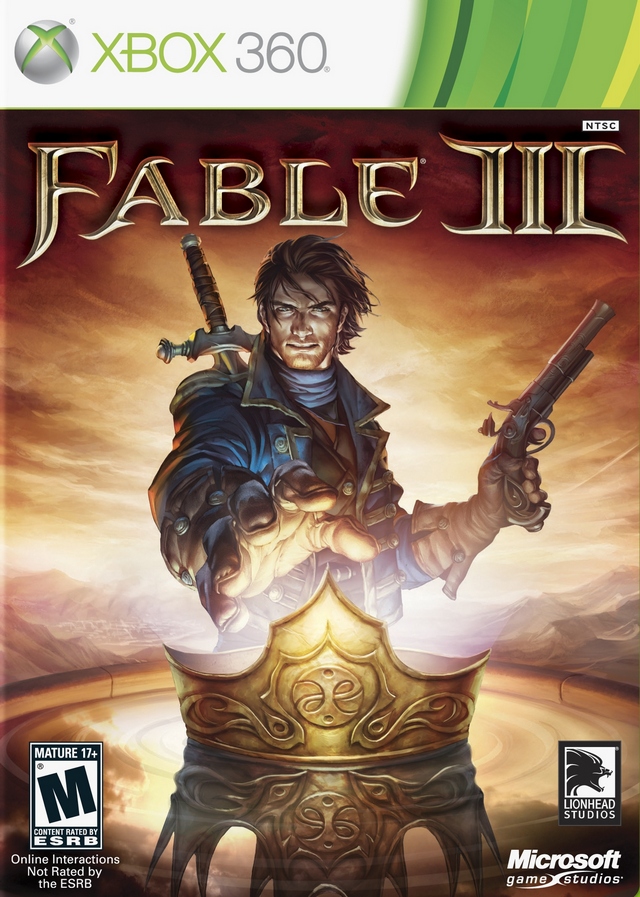 Uploaded: 01.04.2022
Content: text 22 symbols
Loyalty discount! If the total amount of your purchases from the seller ossis more than:
If you want to know your discount rate, please provide your email:

Fable III - is a continuation of a bright, dynamic game created exclusively for the Xbox 360, which received the highest critical acclaim and approval of the users - selling Fable II exceeded 6 million copies. Events in Fable III takes place 50 years after the adventures described in Fable II. Albion ready for the industrial revolution, but the kingdom is in danger. In Fable III, before the throne, you have to go through a lot - to participate in bloody battles side by side with their subjects, find love and the pain of loss. All the decisions that you will take, first fanning the flames of revolution, and then - Voss to the throne of Albion, will have a tremendous impact on the fate of the whole country and all citizens.


During the game you will meet a variety of original characters, performed with characteristic humor and Fable in characteristic style. Determine whether they are your friends or, conversely, the enemies, you either join them or join them in a brutal fight. This can be done alone or with friends - on Xbox LIVE Taking certain decisions, you act or for the benefit of the state, or for their own selfish purposes. Who you become - hero or villain, desperate rebel, a new tyrant or the greatest of kings? You decide!


• Become a hero and "create" their own destiny. The story begins with the fact that you and your hero is at the epicenter of events Fable III. On the way from the revolutionary to the governor you have to go through a lot - you expect exciting action, vivid and dramatic. Interacting with the world of Albion has never been so easy and enjoyable. The system of expressions (Expressions), a new original function Dynamic Touch, which allows your hero to reach out and embrace a loved one or to take revenge on those who betrayed you. Your hero, your dog and even weapons are changing to reflect your "moral character" and fighting style. Emotional connection that the players set in the world of Fable III, will bring you an unforgettable experience.

• When a popular action becomes an adventure. Your journey is transferred from the streets of a thriving industrial Albion on the battlefield. The innovative system of combat with one button (one-button combat) allows players to easily combine different styles - in their arsenal of melee weapons, ranged weapons and magic.

• Choice and Consequences. The basic principle of the world Fable is that the player is given a wide choice, and this choice depends on everything around. Good or evil, love or hatred, career or family, or just you and your loyal companion dog - live the life you´ve always dreamed of! In this game, even more so than before, your choice leads to significant consequences, affecting your entire being. Whether it´s decision in a minor quarrel or change the chosen direction for the whole kingdom - these key decisions will forever change the world.