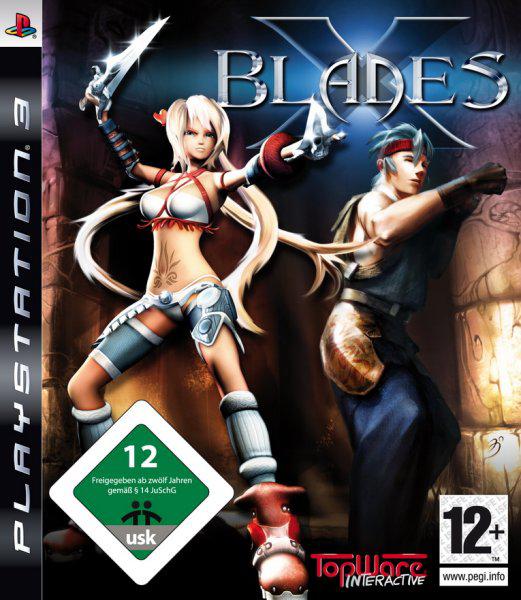 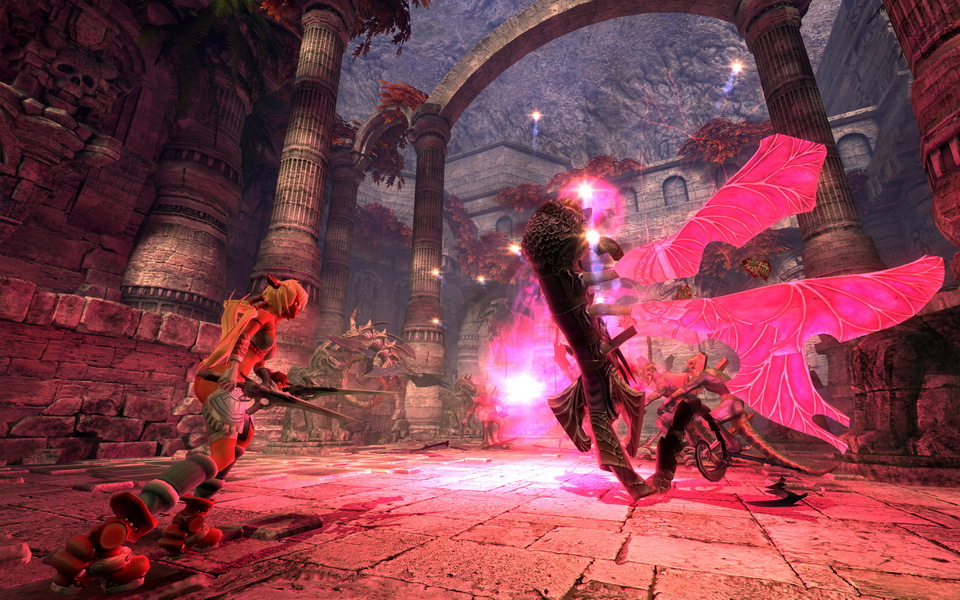 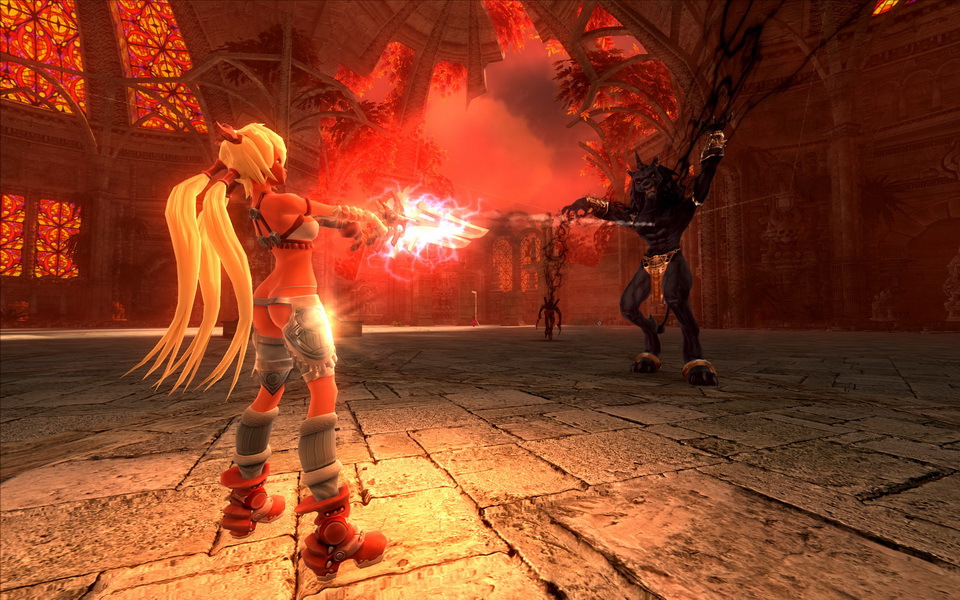 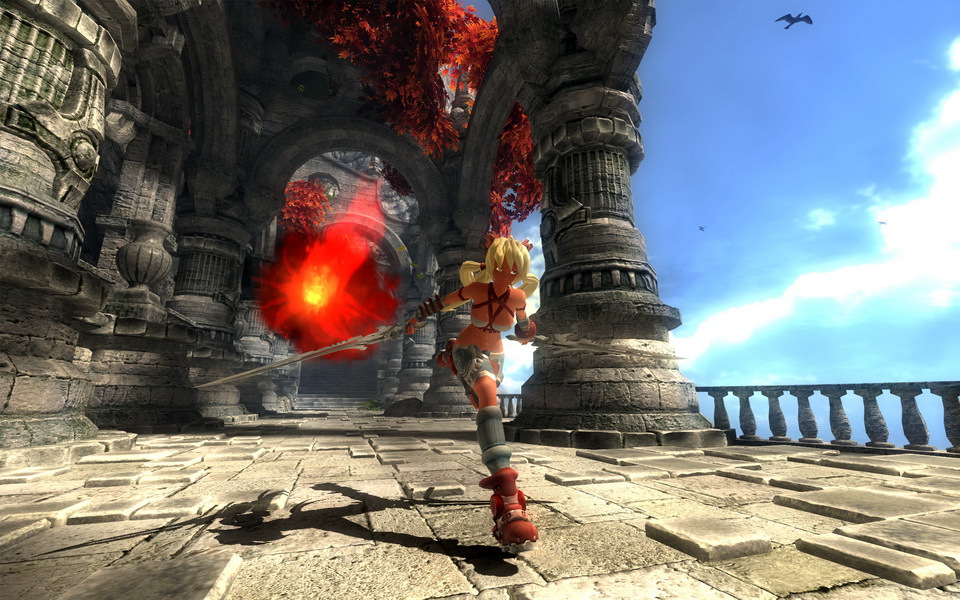 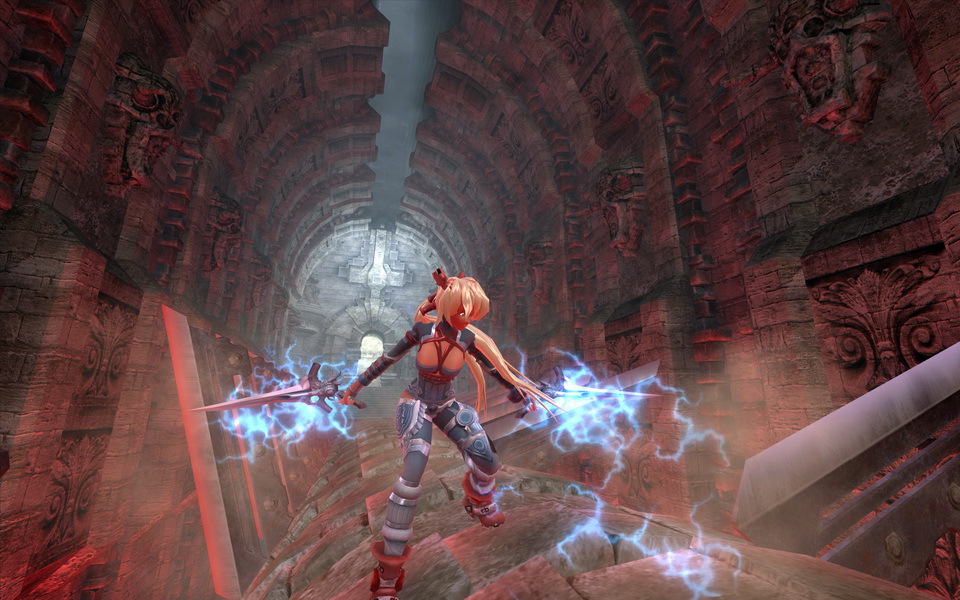 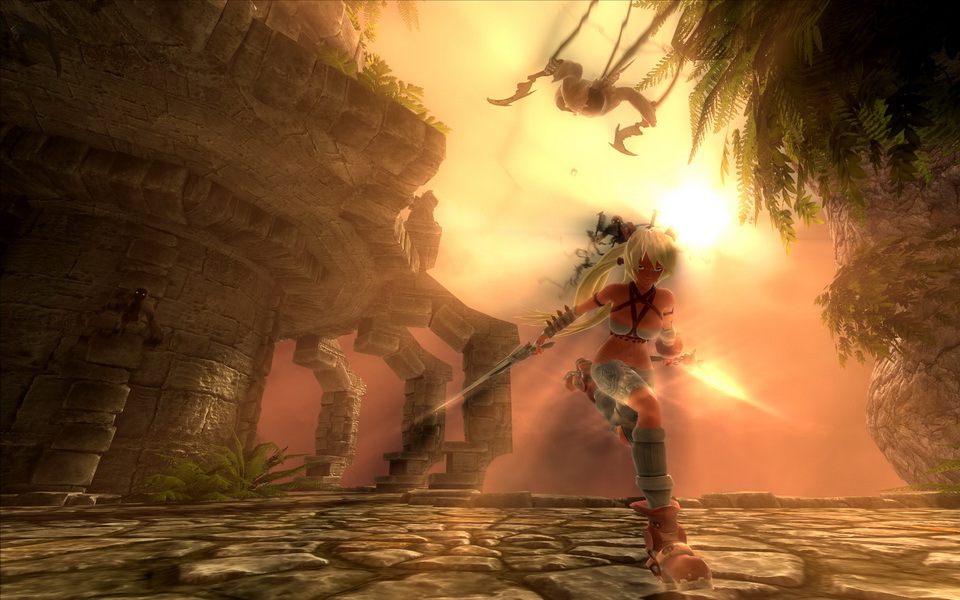 Russian developers do not cease to surprise our players who have less than they swear, and even sometimes looks at the games produced domestically. Very interesting and unique project for Russia became Onibleyd. You will not believe, but it´s a full-blooded shooter, made in anime - style, which gives it individuality. Onibleyd game developed by Gaijin Entertainment and released on the shelves November 23, 2007. After receiving a lot of positive feedback the players and journalists. Flattering words were mainly pleasant combination of fighting game, combat moves and magic spells. Vividly looks magic of fire, such effects in Russia has not yet done.

We play for a wonderful girl who can decide the fate of the whole world. Often, our heroine takes demonic side, which gives it an incredible gain in the physical plane. Just glad the soul of a fantasy world, where the ability to get along with up to 20 unique characters. All this takes place in 30 different locations. Magic spell about 25, giving you consider how best to use them. It should be noted that publishers have worked brilliantly - play unit 1C. They not only showed his game at numerous exhibitions, but it is well promoted in various magazines, in advertisements on the sites, as well as correctly issued the new portion of the video. Coupled with the high-quality and elaborate game Onibleyd, which, incidentally, was transferred to the Western gamer as X-Blades, it gives a very pretty picture of how to create a game in Russia.

In Onibleyd all have what it takes gamers: a unique world, a good story, enriched by two endings and nice graphics to the same in the anime style. And nothing more is necessary.

HOW TO ACTIVATE THE GAME:

1. Start Steam. Download Steam here: http://cdn.steampowered.com/download/SteamInstall.msi
2. Log into your account or create a new https://store.steampowered.com/join/
3. In the top menu, select the window Steam Games menu -> Activate via Steam
4. Accept the license agreement and enter the code
5. Follow the instructions to install the game


Important information for buyers of keys.
All keys are sold once and once and there is nobody except you nebyli activated.

Assassin's Creed Origins - The Curse Of The Pharaohs