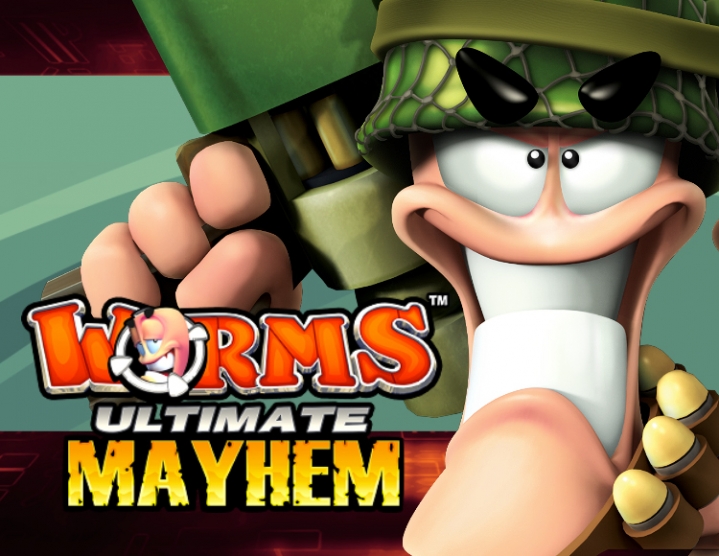 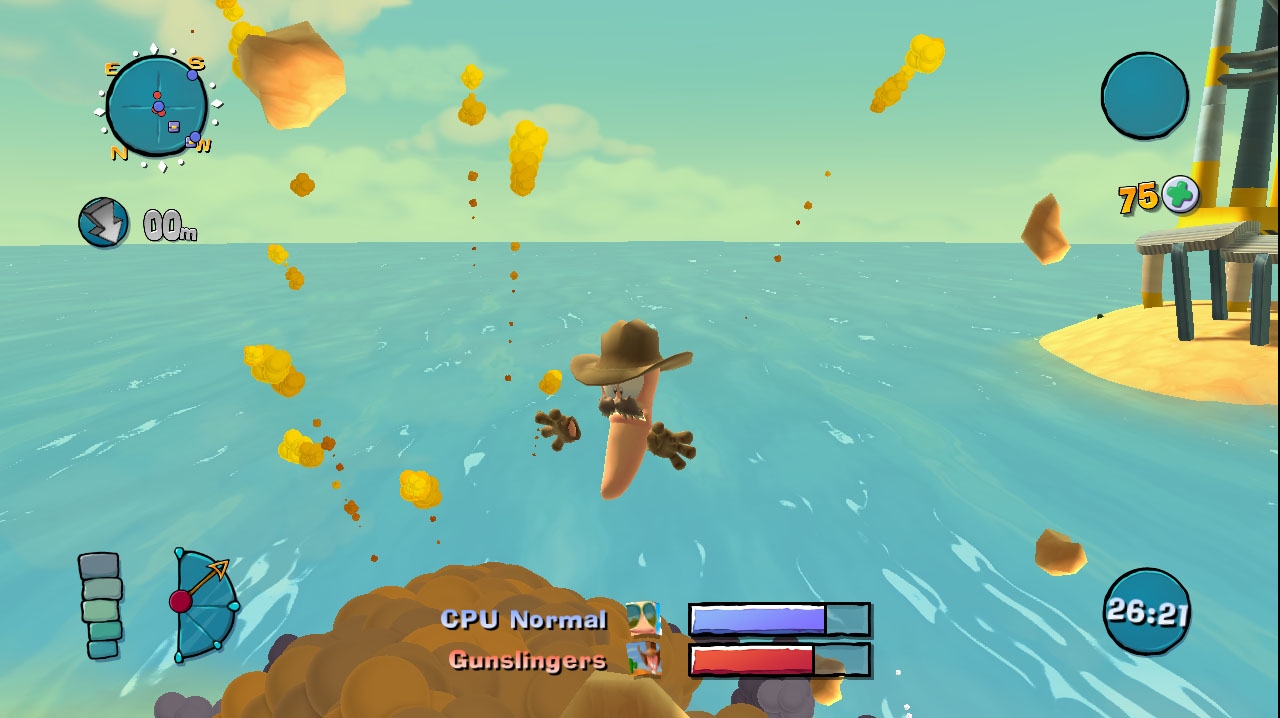 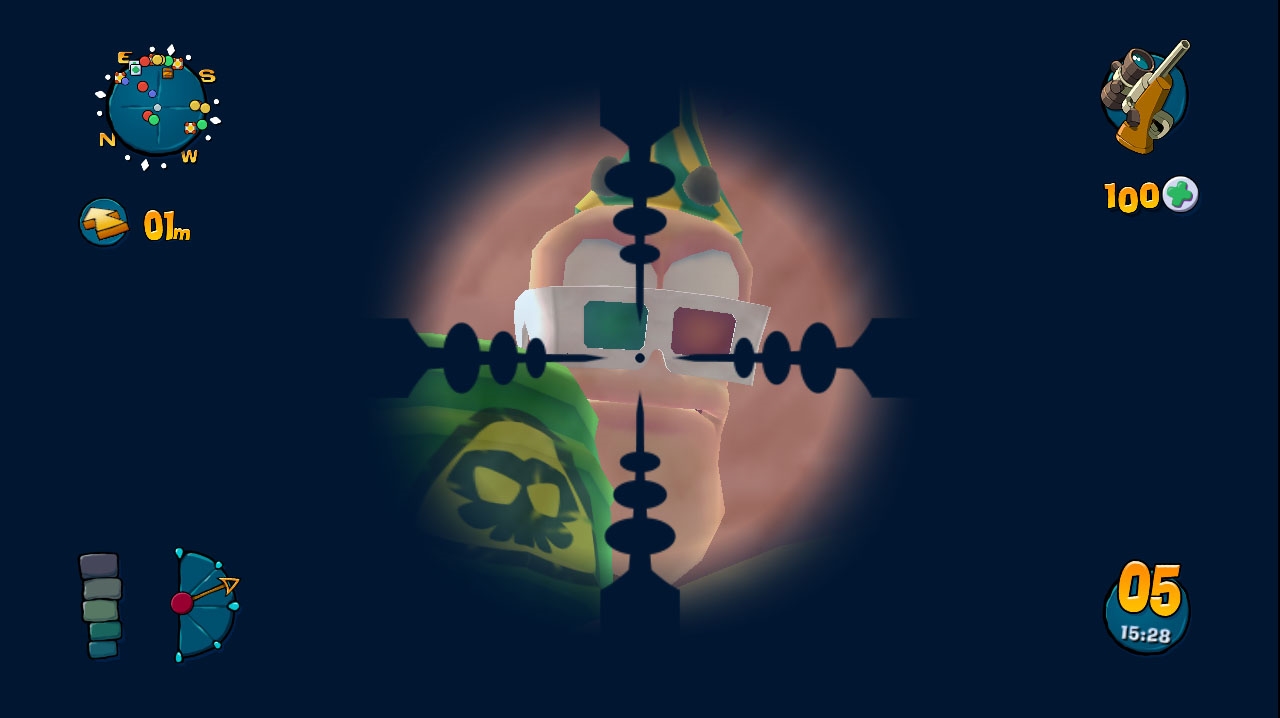 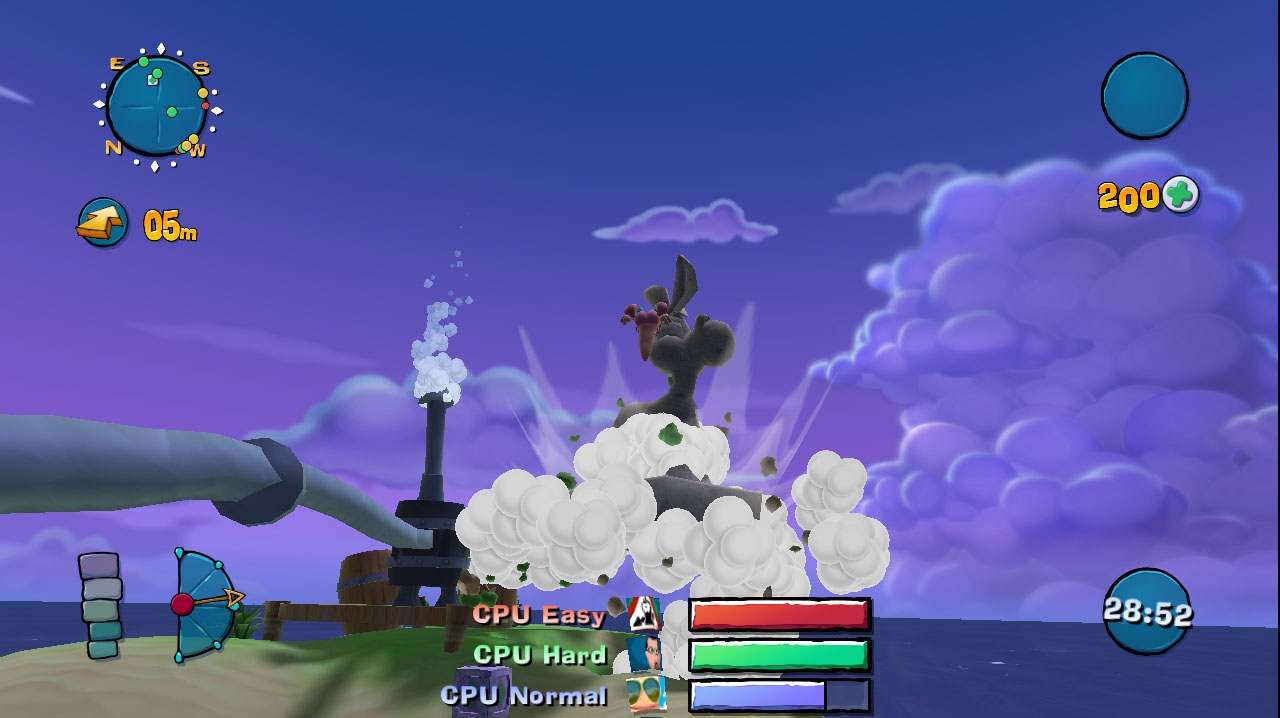 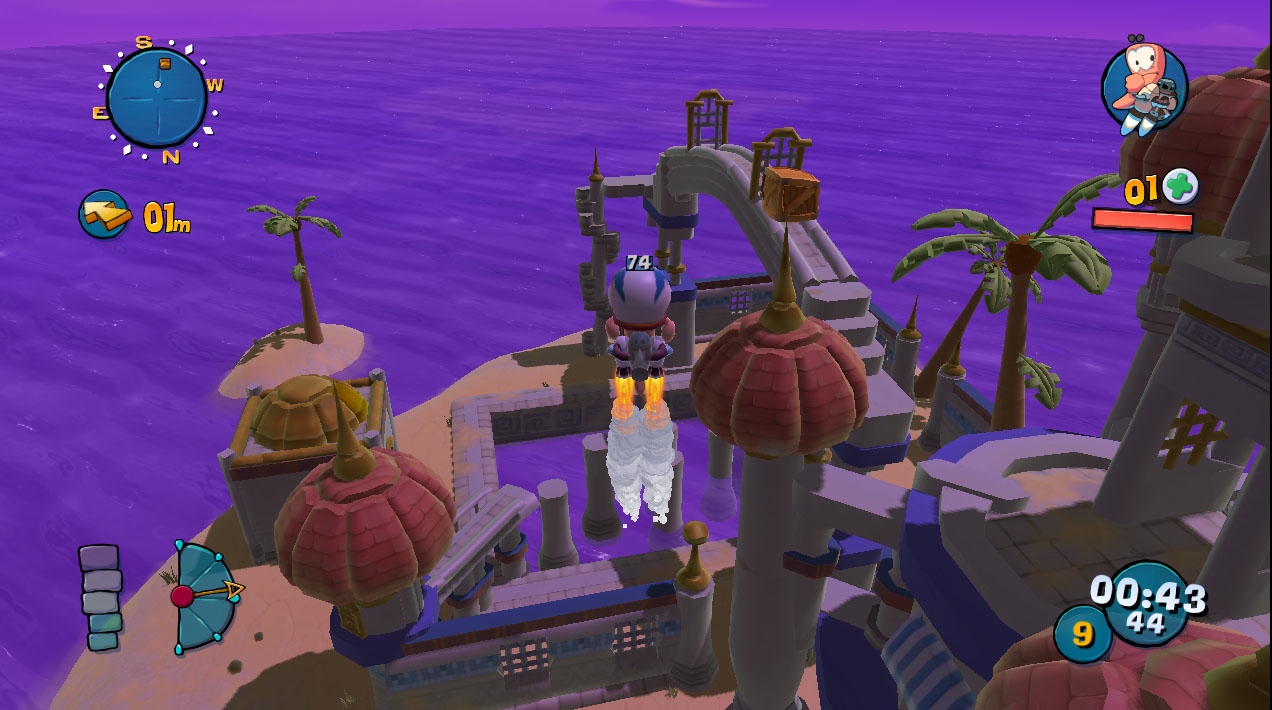 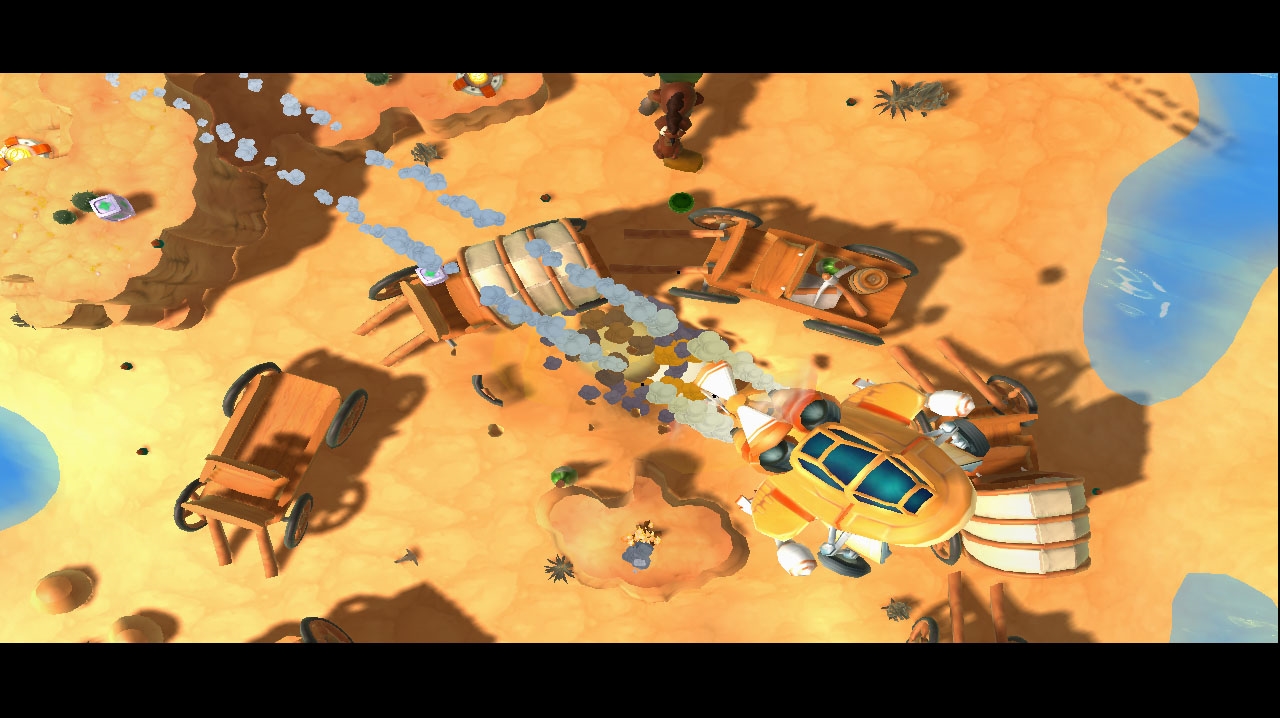 Description:
The "Worms: Killer Disassemblies" combines the best features of Worms 3D and Worms 4: Mayhem - updated three-dimensional graphics, without losing any identity, and interesting features of the gameplay. Appeared in the game and new opportunities. Single mode offers more than 70 missions and all kinds of competitions that take place in a variety of scenery. Prairie Wild West, modern construction sites and even a fabulous eastern city - all these seemingly incompatible places are artfully connected by an interesting plot, and funny video inserts perfectly complement the narrative. In multiplayer with support for up to four participants, five modes are presented. Undoubtedly, comic war will become much more exciting due to the complete destruction of objects on three-dimensional maps. Features: Sea of ??humor. Cartoon worms are famous wits. Listening to their accurate and rather cynical comments is a pleasure.
Friendly war. As before, to fight on the network or on one computer can from two to four players. Five multiplayer modes will give the opportunity to fight by different rules.
The worm olympiad. In breaks between battles, the leaders are not averse to making funny competitions. Players are waiting for flights to the turbo, sniping and other tests in which they will score points. Particularly conceited will be able to demonstrate their achievements to the whole world, uploading the best results to the game server.
Invertebrate personality. Down with leveling and facelessness! Every fighter can get a name, unique eyes, voice, and also a headpiece to be "not like everyone else". But the choice will not be easy, because more than 150 options are provided.
Crash-break! Modern technologies have changed the virtual world of worms, now in the heat of battle it is possible to destroy everything that is badly lying or worth, so that it became even more fascinating to fight. Throwing a grenade and admiring the fragments of something flying in all directions is just a holiday of some kind!
Voroshilov´s arrows. The wishes of the players were heard: now they have a choice: to use help regarding the direction and force of the shot or the old way - to shoot in white light as a penny!
All-seeing eye. Smart camera follows the fighter, even if he tries to disappear from the field of vision, and even at the most suitable moment switches from one type to another.
More delicious. The game presents everything that is in Worms 3D and Worms 4: Mayhem, and in addition to this, new trophies have appeared. In general, there is, for which to fight!