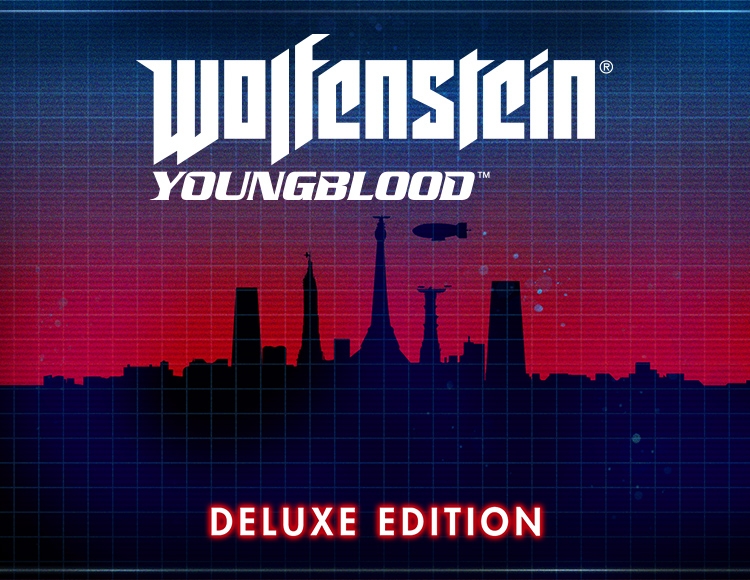 Uploaded: 06.02.2023
Content: text 19 symbols
Loyalty discount! If the total amount of your purchases from the seller SOFT-KLUB more than:
If you want to know your discount rate, please provide your email:


Game language - Completely in Russian
Activation Service: Steam
Activation countries - for use on the territory of Russia, Ukraine and CIS countries

The composition of the WOLFENSTEIN: YOUNGBLOOD DELUXE EDITION:

• They wrote murder
Play with a buddy or alone with an AI partner in the first modern co-op Wolfenstein game. Use team moves, fry enemies with Tesla´s killer co-op cannon, change skins and show emotions.

• Escape from Paris
An open world like Wolfenstein: Youngblood is not found in any other game in the series. Plan your operations from the new headquarters deep in the Parisian catacombs: choose where and when to strike at the Nazi regime.

• Weapons for battle!
Eradicate the Nazi plague using the latest models of energy, weapons and armor. Evolve your character, explore the world and complete missions to unlock new abilities, weapon accessories, gadgets, jewelry and other items to create your own personal playstyle.