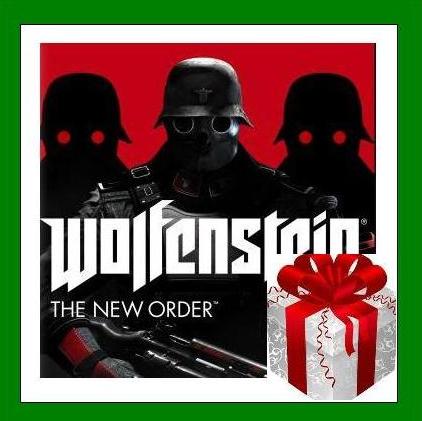 WARNING! This product is region-locked and CAN´T BE activated and played in the following countries: Germany, Austria, Japan, Switzerland and Israel.

After payment, you instantly receive a license key to activate the game Wolfenstein The New Order in the Steam system and enable all network functions in the game.

Our guarantees:
- 20 years on plati.market! Quality checked by time!
- More than 220 thousand sales!
- Over 25 thousand positive reviews!
- Business level Webmoney - 550!
- All goods have a lifetime warranty!

The game has no territorial restrictions - REGION FREE and is suitable for activation in any country. WARNING! This product is region-locked and CAN´T BE activated and played in the following countries: Germany, Austria, Japan, Switzerland and Israel.

Wolfenstein®: The New OrderTM is the revival of the series, which once laid the foundation for the FPS genre. Developed by the studio Machine Games, which brought together experienced masters who have created more than one famous game, Wolfenstein is a combination of psychological drama with a thrilling storyline, adventures and a first-person combat system.

In a tense, cinematic and graphically very reliable (thanks to the id Tech® 5 engine from id® Software´s) game Wolfenstein, the hero must crush the Nazi war machine that conquered all of Europe. With the help of a small handful of surviving Resistance fighters, you will have to enter the most secret Reich objects, fight with legions of fascist combat robots, take control of the super weapons that conquered the whole Earth ... and not only.

If you have additional questions, contact the seller in the online chat or write to e-mail.