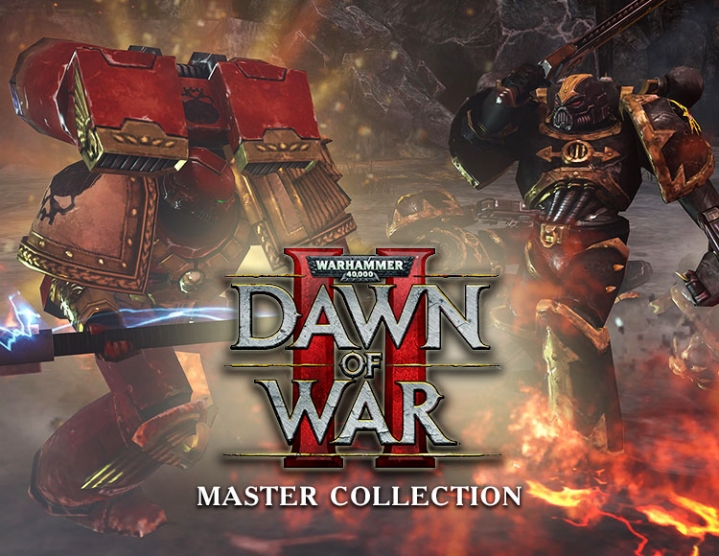 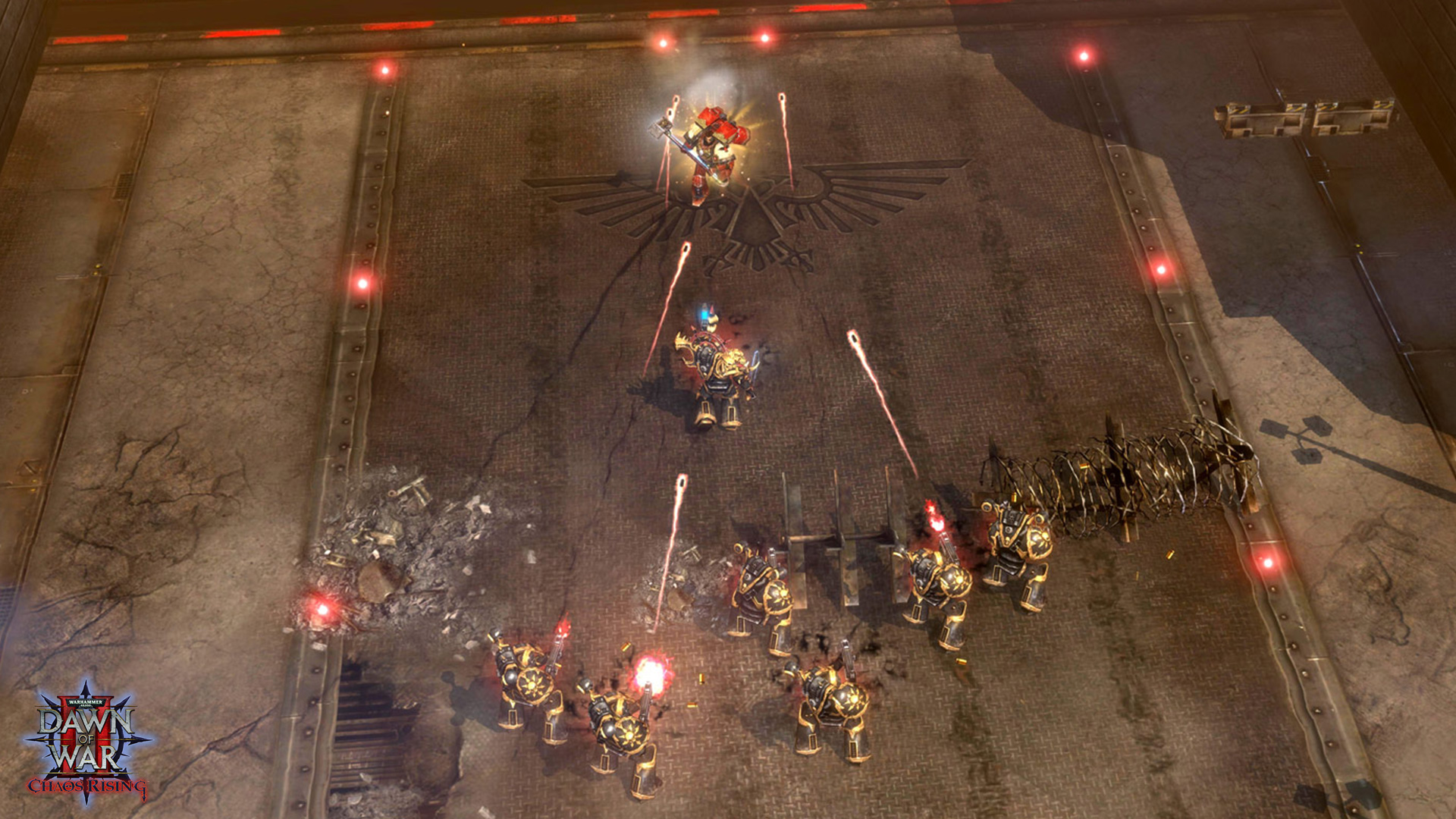 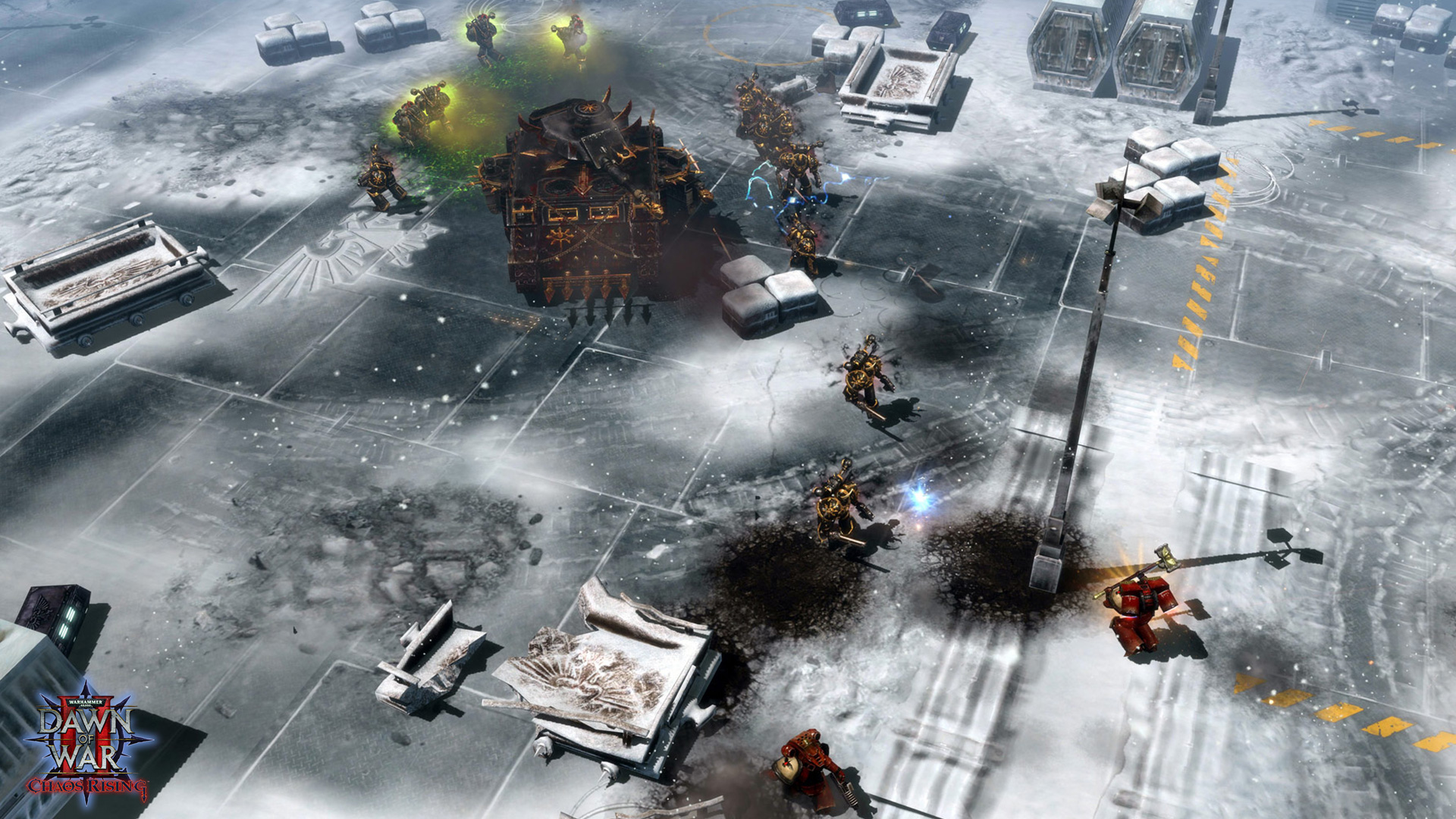 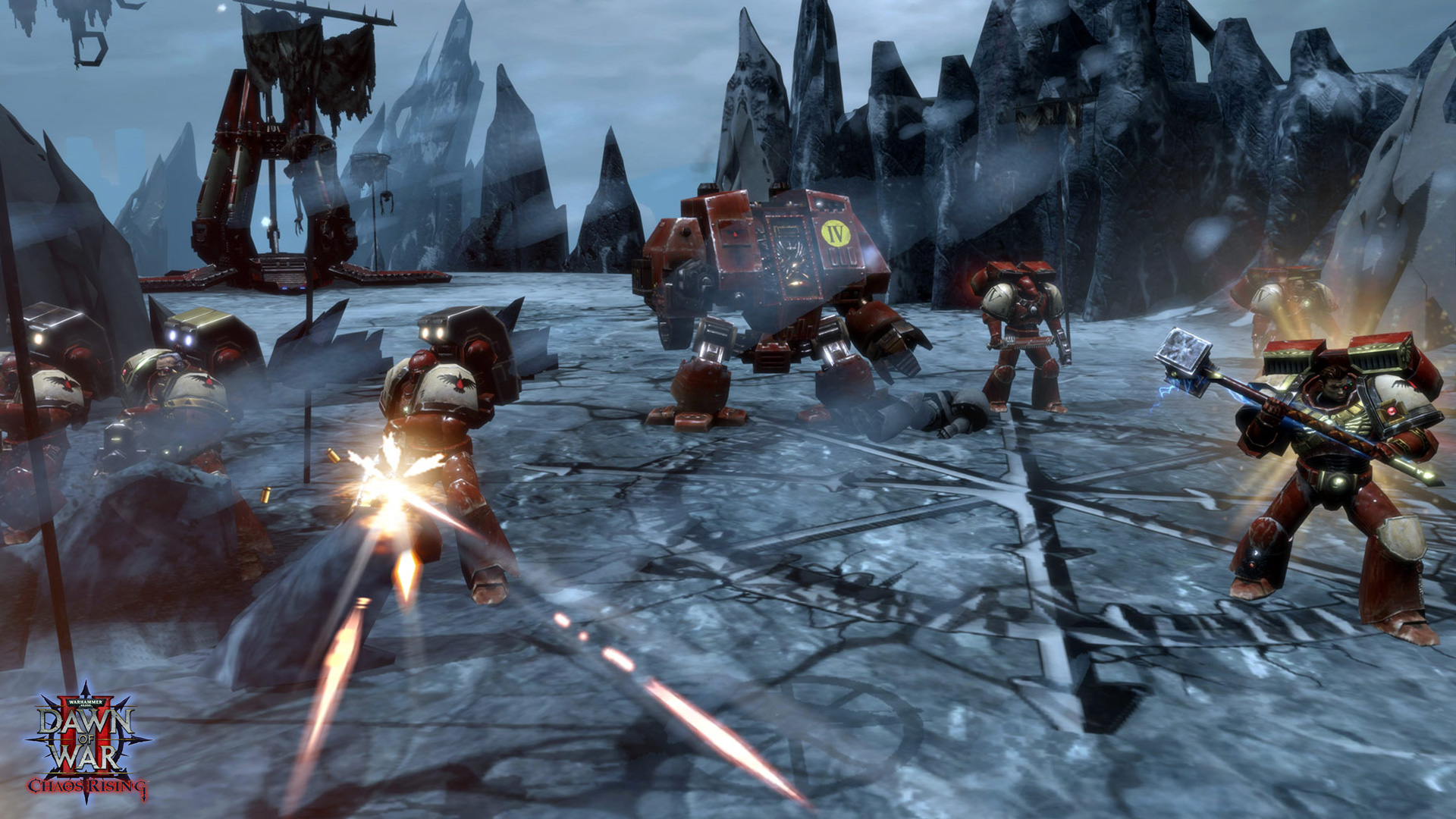 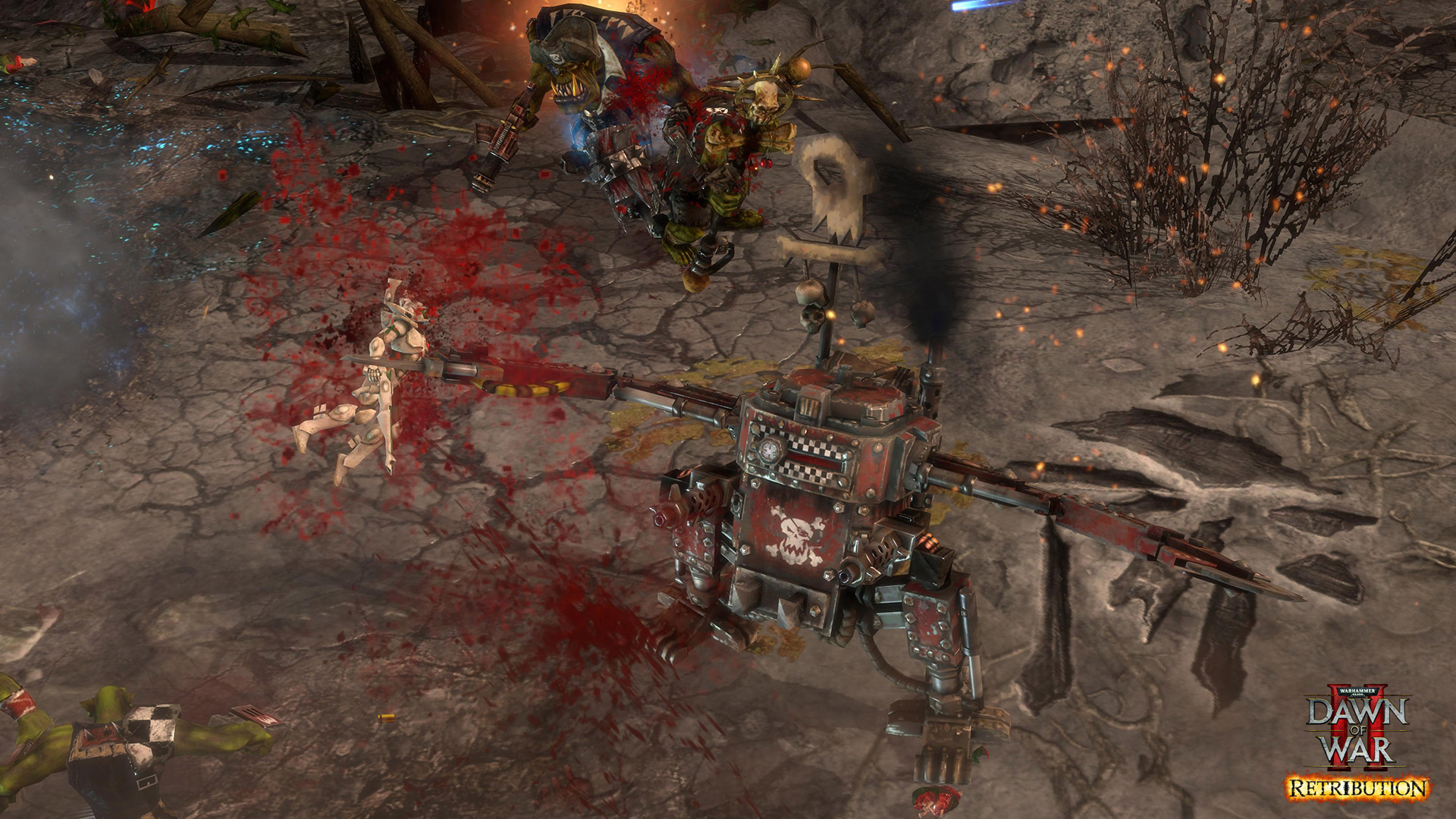 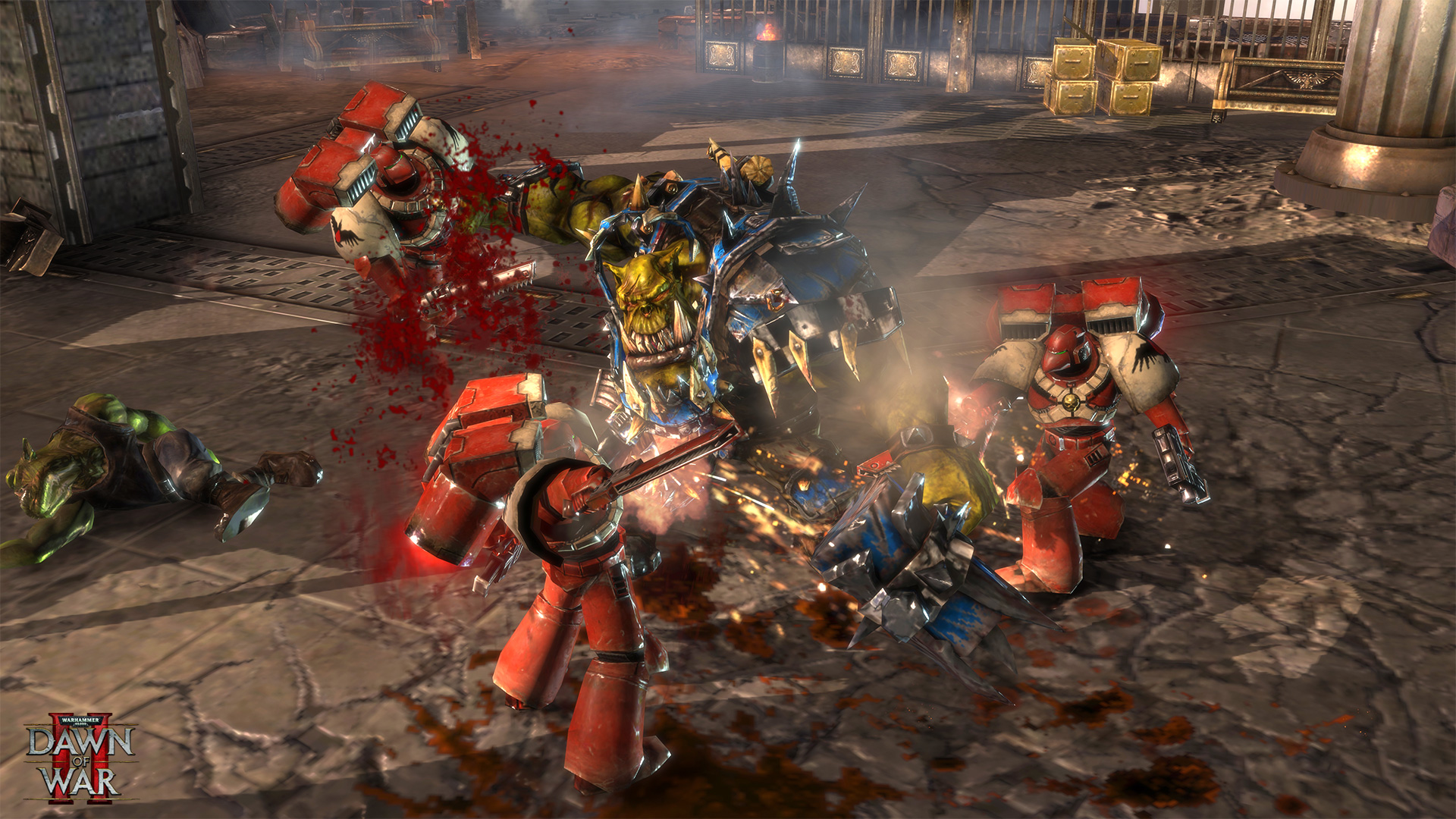 Warhammer40,000: Dawn of War II With its emphasis on fast RTS gameplay, Dawn of War II is healing the sci-fi universe of Warhammer40,000, like no one before. Penetrate the intimate fury of the battle as you go through the epic campaign for the chosen race. Face the enemy on the battlefield, gripped by the fury of melee fights of small-sized small arms. Take command and turn your subordinates from green beginners into veterans´ battles throughout the galaxy. Wars 40,000: Dawn of War IIChaos Rising Your Blood Ravens saved the sector, but can they save themselves? Before you continue the strategic series of games Dawn of War IIcompanies THQ Inc. andRelic Entertainment. Turn into the subsector Aurelius, where the lost ice planet once again appeared from Warp.