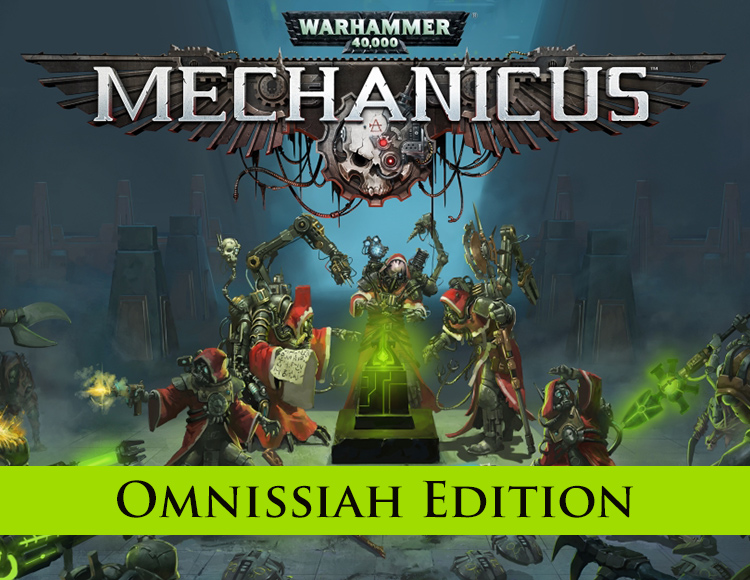 Description:
The composition of the publication:
Atmospheric soundtrack with music Adeptus Mechanicus
Terrific digital album with new, previously unpublished illustrations, as well as art collected during the development
Complete your arsenal of melee weapons with a powerful Arc whip.
NEW: The story “Deus Ex Mechanicus” by Andy Chambers (Andy Chambers) in the Warhammer 40,000 universe. “The dead world Naogheddon is waiting for the priests Adeptus Mechanicus, waiting with its mysterious tombs, lost researchers and deadly defenders of ancient secrets. But the most terrible danger often lies within us ... "
Tehnogorets, unite! The fate of the Empire depends on you! A strategy in the Warhammer 40,000 universe again calls you on a dangerous expedition, where you will be faced with completely unthinkable threats that can wear down even the most persistent fighter who rejected human flesh to the glory of the machines. Warhammer 40,000: Mechanicus tells the story of the most technological and enlightened faction of the epic universe. Burn the wrong and tactically calculate the risks that can lead to the failure of an important mission. Explore technology and collect important relics that can lead your army to triumph. Faustinius, fanatically devoted to the followers of the Adeptus Mechanicus, leads the expedition to a new horizon. The newly discovered planet Silva Tenebris keeps a lot of secrets and important artifacts that the Empire wants to have at its disposal. Use the Noosphere and place your faithful fighters on the battlefield to break through the protection of ancient crypts and record all the information in the protocols. Your shoulders bear a huge responsibility for your squad and the ship that was equipped with the latest technology to the glory of the Emperor. Your flesh is nothing. Become a tech-priest, replace your mortal limbs with powerful sacred metal grabs. You have unlimited possibilities that expand the number of mission outcomes. Dare and win. Empire is waiting.

Key features of the game Warhammer 40,000: Mechanicus:
Exciting plot and heavy burden. The decisions taken by Faustinius depend on where the path of enlightenment leads you. Many alternative outcomes, forks and moral dilemmas will transform your journey into a unique experience, which you want to return again and again.
Learn the world. Scan and collect information about who used to live on the planet Silva Tenebris. Look for valuable data on abandoned graves, improve your tech pioneers and find clues to what you should be wary of.
Story from the iconic author. The honorary author of the Black Library publishing house had a hand in writing and adapting the harsh annals of the Adeptus Mechanicus. Each decision leads to victory or defeat, be vigilant and harsh, like the stern Ben Counteur and his fanatical adherence to the dogmas of the Imperium.