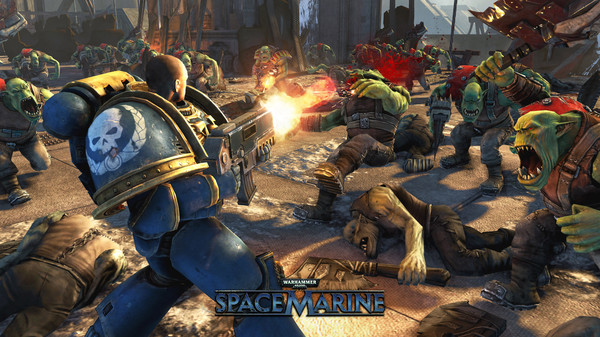 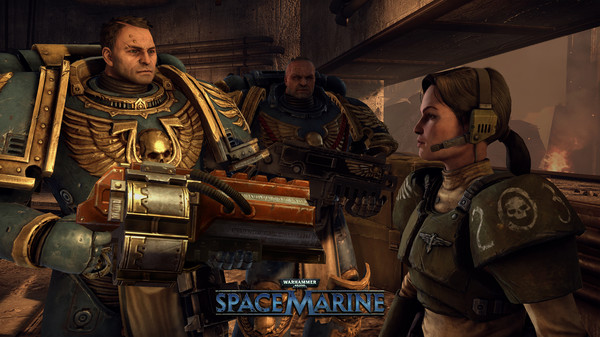 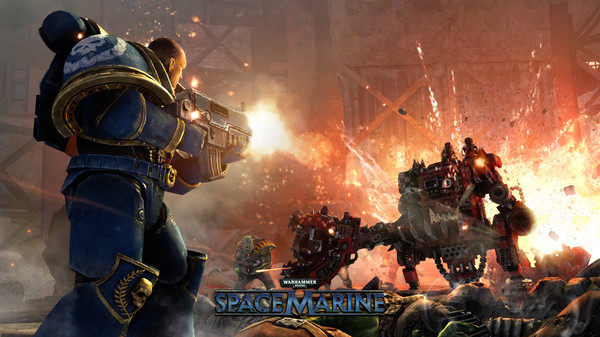 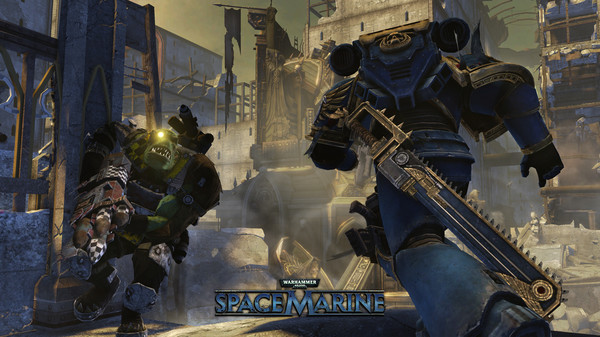 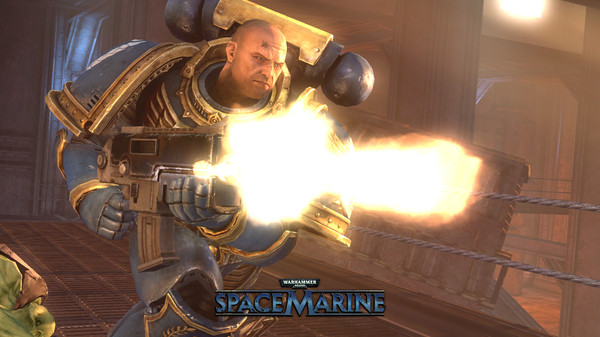 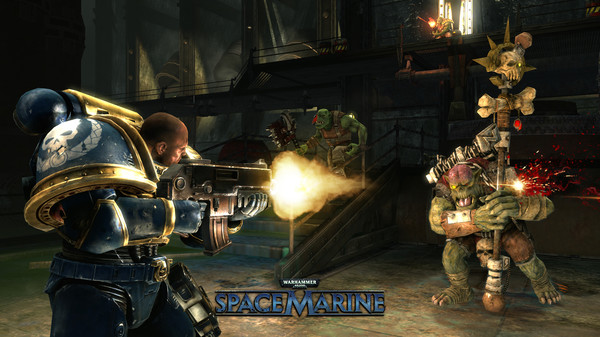 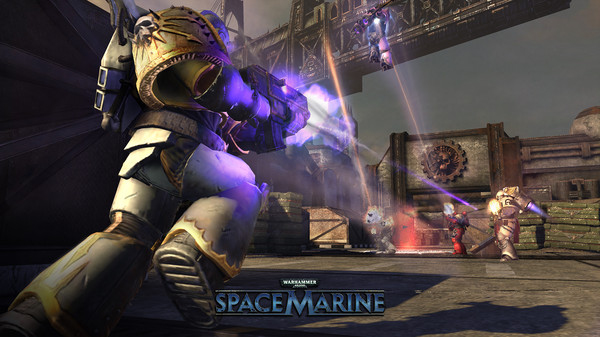 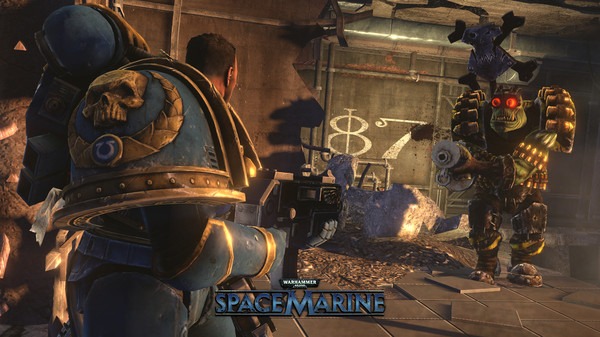 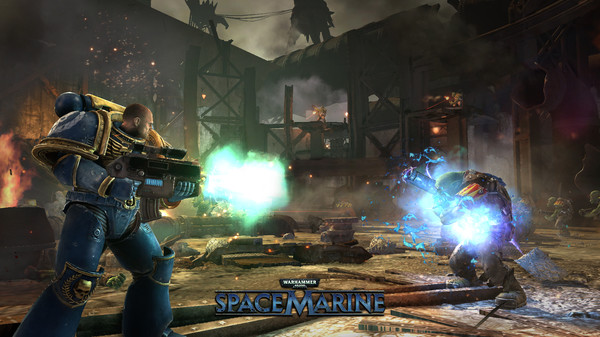 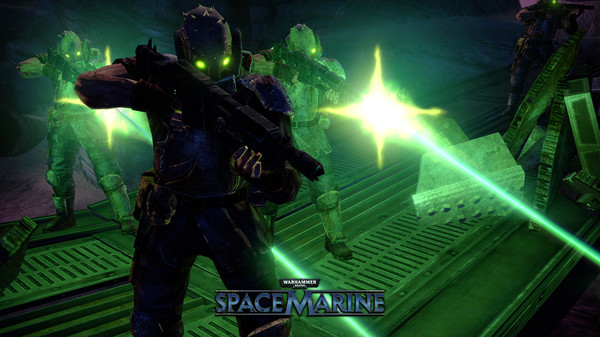 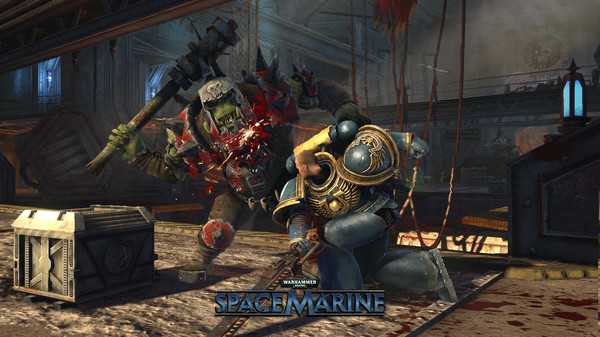 Celebrate 10 years since the release of Warhammer 40,000: Space Marine with this new Anniversary Edition.

This Anniversary Edition of the game includes for the first time:

The Anniversary Edition also includes the original main Space Marine game, along with all DLC released for the game:

In Warhammer 40,000 Space Marine you are Captain Titus, a Space Marine of the Ultramarines chapter and a seasoned veteran of countless battles.

A millions-strong Ork horde has invaded an Imperial Forge World, one of the planet-sized factories where the war machines for humanity’s never ending battle for survival are created. Losing this planet is not an option and be aware of the far more evil threat lurking large in the shadows of this world.

BLOCKBUSTER ENTERTAINMENT
With an Imperial liberation fleet en-route, the Ultramarines are sent in to hold key locations until reinforcements arrive. Captain Titus and a squad of Ultramarine veterans use the bolter and chainsword to take the fight to the enemies of mankind.

BRUTAL 8VS8 ONLINE COMBAT
Form your own Space Marine squad or Chaos Space Marine warband and face off in 8 vs 8 online matches. Gain experience and unlock new weapons and armor to customize the Devastator, Assault, and Tactical Marine classes.