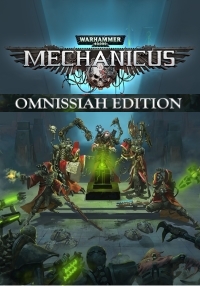 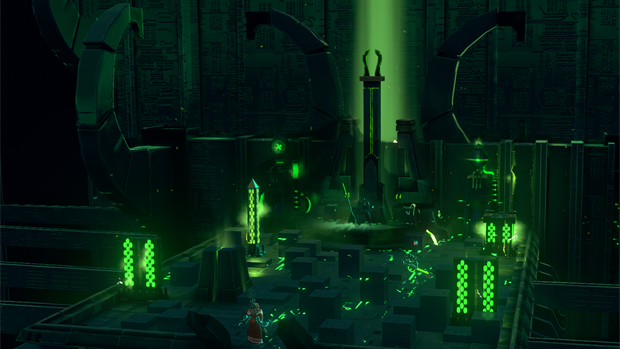 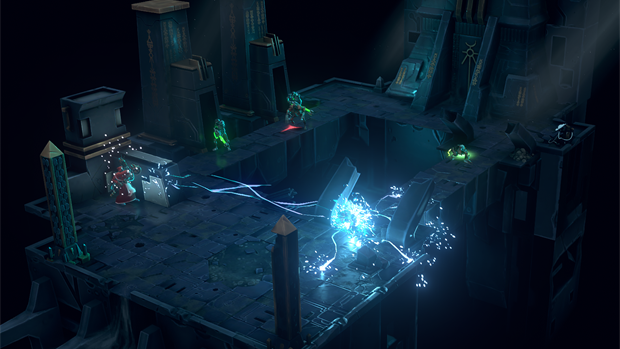 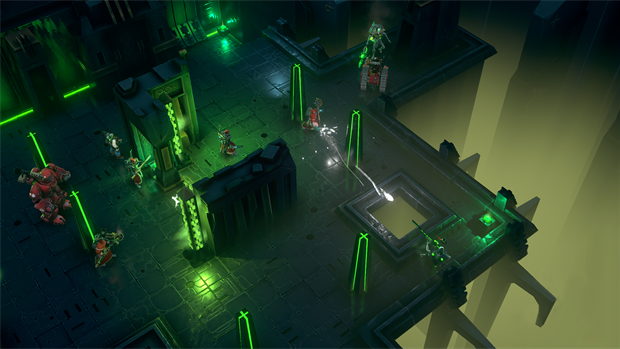 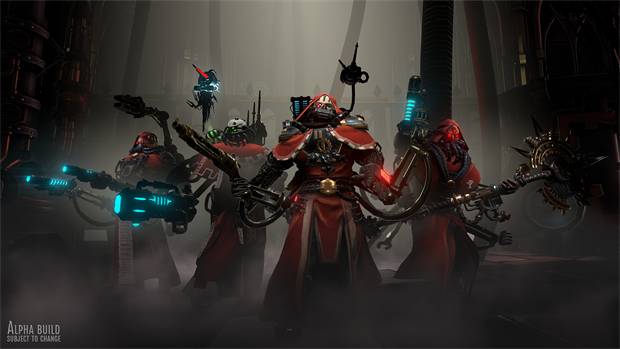 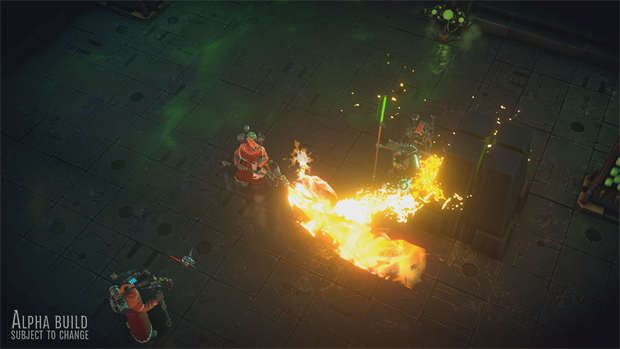 Edition "Omnissiya"
Pre-order Warhammer 40,000: Mechanicus. Edition "Omnissiya" and get the full game on the day of release, plus:
Atmospheric soundtrack with music Adeptus Mechanicus
A stunning digital album with new, previously unpublished illustrations, as well as art collected during its development.
Complete your arsenal of melee weapons with a powerful Arc whip.

Omnissia protect you!
About this game Manage one of the most technologically advanced armies of the Imperium - Adeptus Mechanicus. In the role of Magos Dominus Faustinius, lead an expedition to the newly rediscovered Necron Planet Silva Tenebris. Customize your squad, allocate resources, look for long-forgotten technologies and manage tech-priests. Each of your decisions during 50 manual tasks will affect the following tasks and ultimately decide the fate of the entire squad. Choose your path carefully - the fate of the Imperium depends on you.

Unique tactical battles
Large-scale battles with the full effect of presence will test your resilience in the face of xeno-threat. Get access to the most powerful weapons and abilities using Knowledge Points, and do not relieve the pressure on the enemy. Fear not, for Omnissia favors the brave.

Dive Library
A fascinating story that accurately captures the spirit of the cult of the Adeptus Mechanicus, was written by Ben Counter, one of the authors of Black Library. Each character has its own character and motivation. Feel the tension in the air and admire the beauty of amazing graphic and audio effects.

Difficult decisions
Make difficult decisions on which the future of your ship, the Mechanicus Cestus Metallic Ark, depends. Alternative endings will make each passage unique. But remember: the more carefully you study each tomb, the more valuable are the rewards, but the worse are the threats.

Litany Omnissia
Complete achievements in the game and get reward powerful abilities that can be used in battle once per mission.