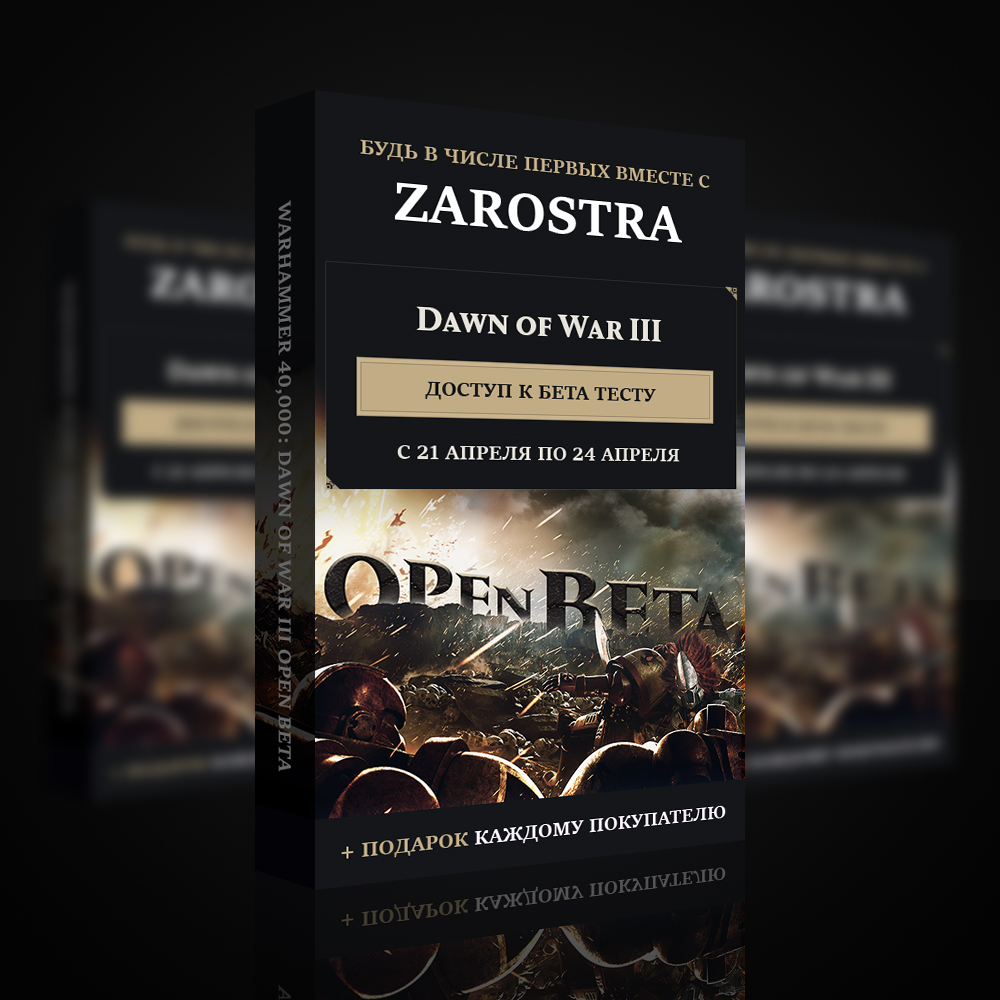 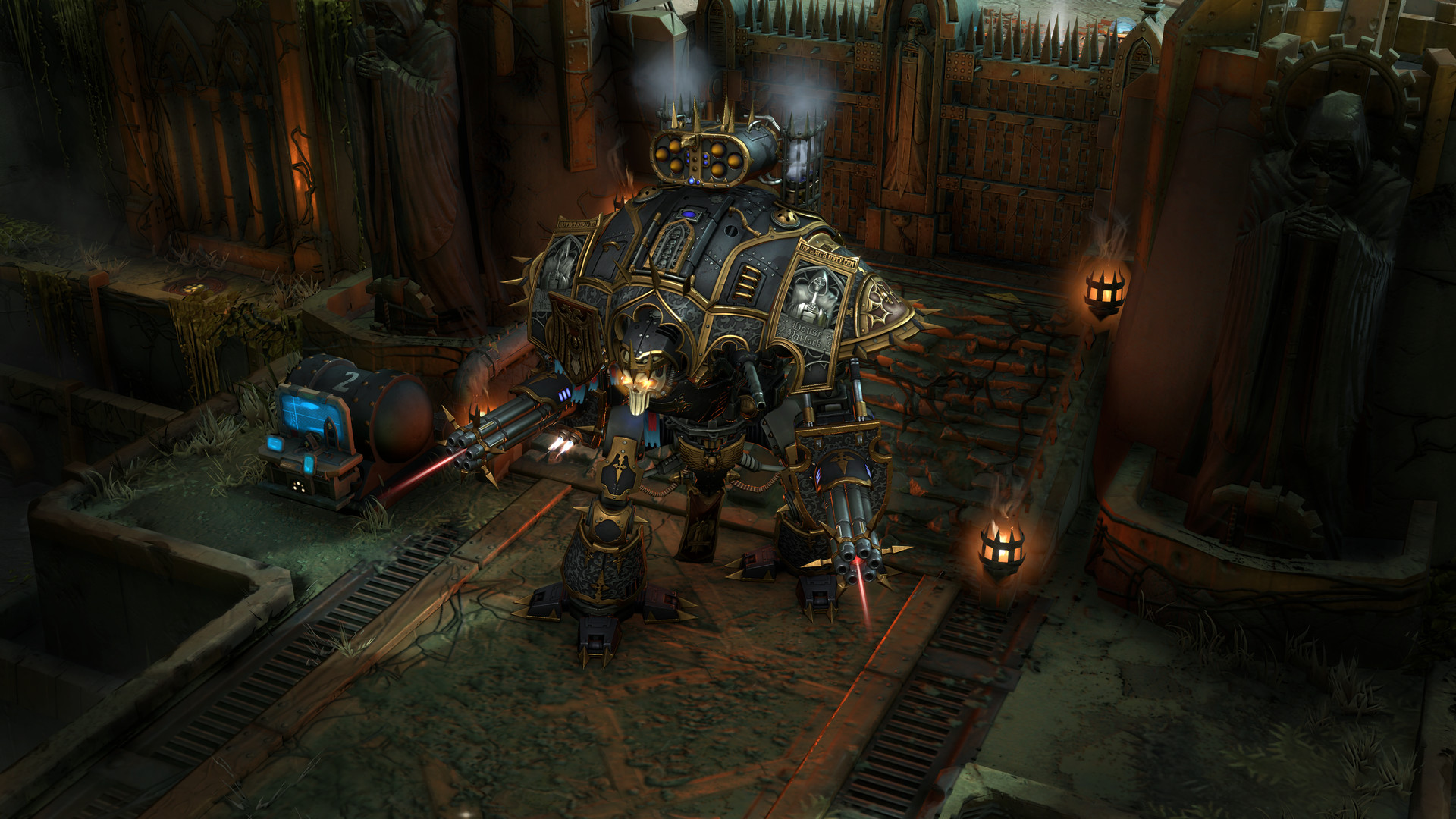 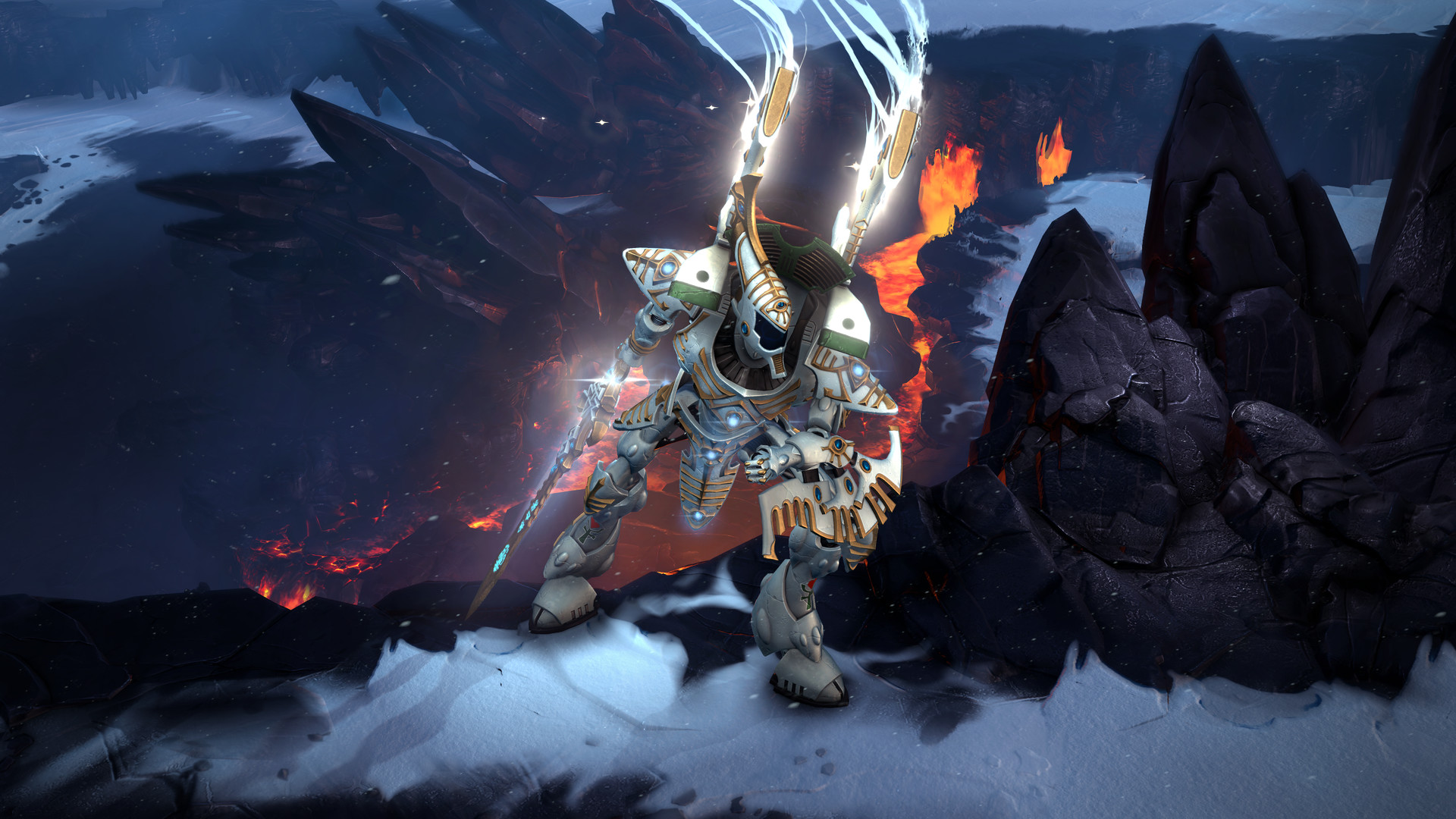 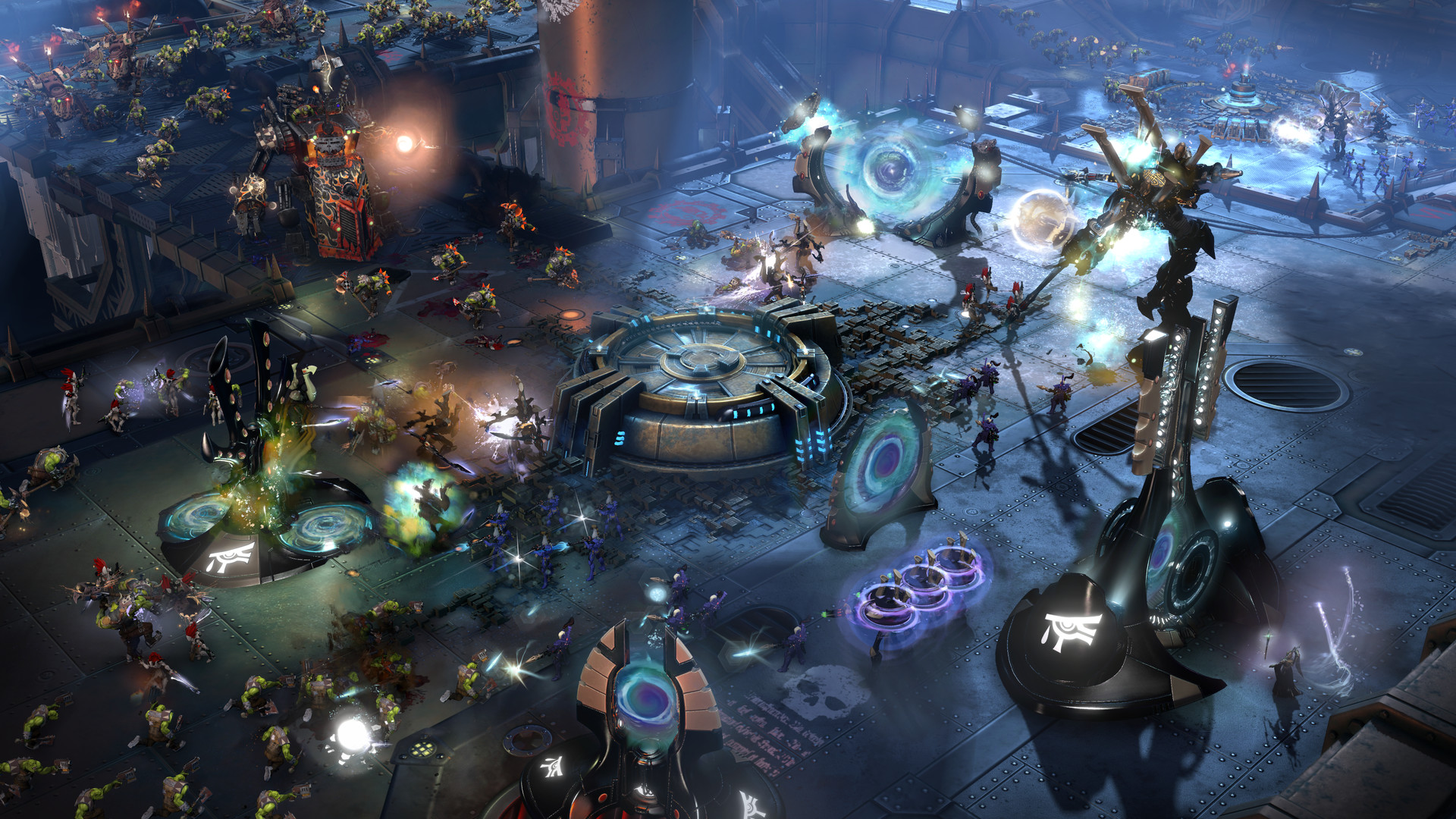 Uploaded: 24.04.2017
Content: text 93 symbols
Loyalty discount! If the total amount of your purchases from the seller Zarostra more than:
If you want to know your discount rate, please provide your email:

Zarostra information about the seller and his items
offlineAsk a question

Step into a brutal battle between three warring factions

In Dawn of War III you will have no choice but to face your foes when a catastrophic weapon is found on the mysterious world of Acheron.

With war raging and the planet under siege by the armies of greedy Ork warlord Gorgutz, ambitious Eldar seer Macha, and mighty Space Marine commander Gabriel Angelos, supremacy must ultimately be suspended for survival.

Take control of towering war machines and tip the balance of battle in your favor with the biggest characters in Dawn of War history. Turn the tide with the mighty Imperial Knight (Space Marine), the clattering Gorkanaut (Ork), or the haunting Wraithknight (Eldar).

Dawn of War is famous for its epic action and those immense clashes are back - but now they´re off-the-scale. Wage war with massive armies across violent volcanic terrain or mighty orbital Star Forts. Take your battle plans to another level by deploying powerful collectible elite squads, each boasting their own special abilities and bonuses that will help you unlock and develop new attacking strategies to conquer your foes. Cause devastation on the battlefield with powerful super-abilities. Rain down total destruction on your enemies with the Space Marine´s Orbital Bombardment, the Eldar´s blistering Eldritch Storm or the Ork’s Rokks to counter your unsuspecting rivals. Learn what makes each force formidable through alternating missions. You´ll soon come to understand the combat advantages of Space Marines, Orks, and Eldar and the rules of a universe with no heroes or villains... only war. Your army will wreak havoc online. Join the multiplayer community and forge new alliances - or turn the tables on your new ´friends´ as they become foes in explosive, chaotic and competitive maps.

Customize your own universal army from the very first moment you are matched in a melee. Progress through battle after battle with loyal troops by your side across both challenging campaign missions and dominating multiplayer maps.