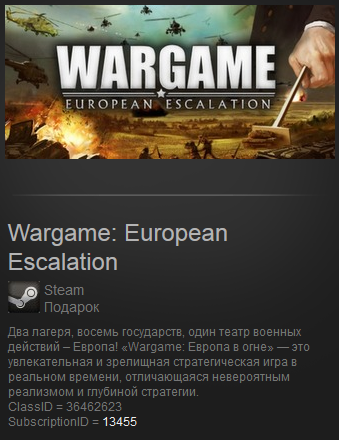 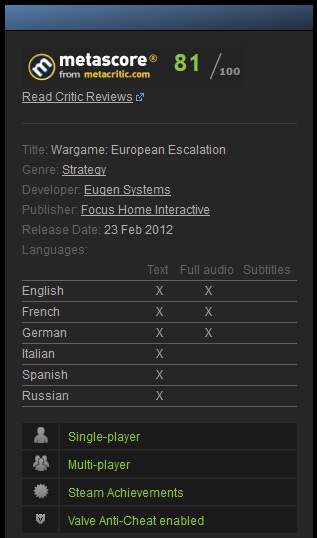 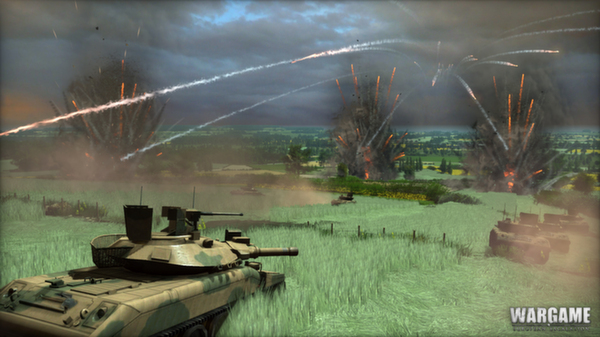 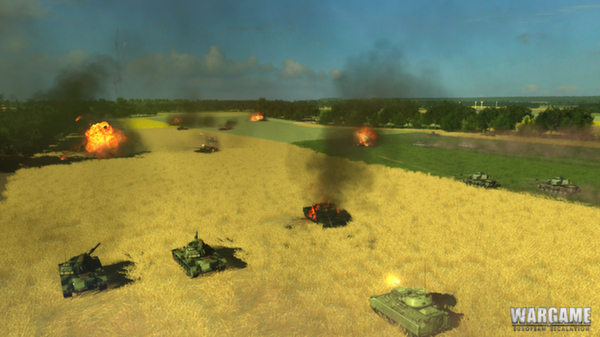 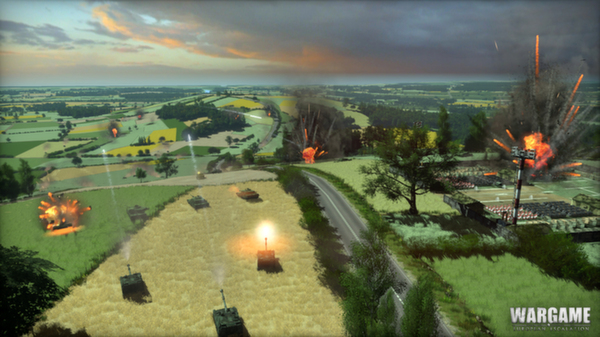 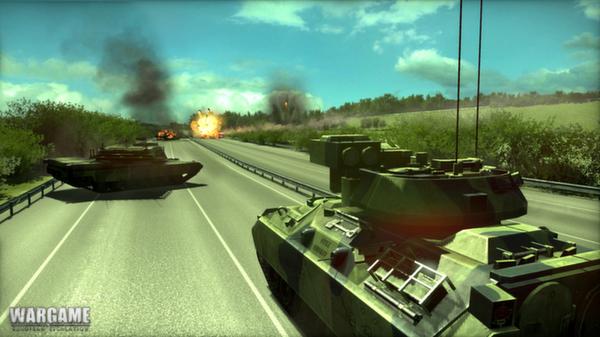 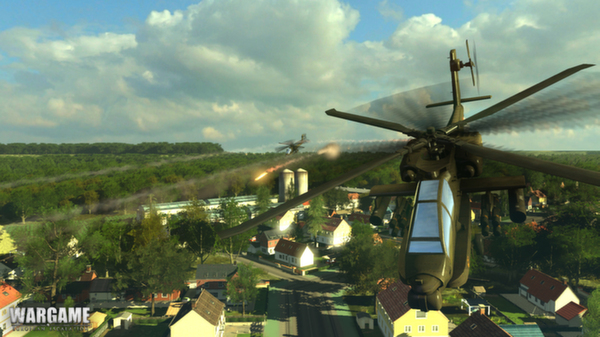 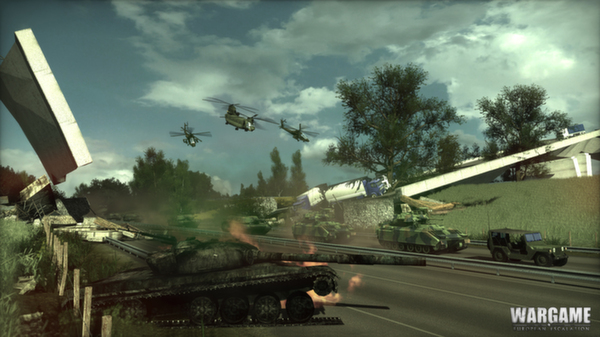 Uploaded: 13.10.2014
Content: text 112 symbols
Loyalty discount! If the total amount of your purchases from the seller Game_Seller more than:
If you want to know your discount rate, please provide your email:


After activation of this was presented - Wargame: European Escalation, the incentive

in addition to this game will be immediately available to all the extras (DLC) FREE list:


The two camps, eight states, one theater of war - Europe!


«Wargame: Europe on fire" - a fascinating and entertaining strategy game in real time, wherein the incredible realism and depth strategy.


Gather your own army of more than 350 different types of troops and equipment and start an ambitious military campaign in Europe 1980, taking a step from the Cold War to the Third World.


Thanks to advanced technology IRISZOOM ™ game Wargame has unsurpassed quality graphics: entertainment this game is not inferior to its realism. Get ready to command hundreds of units - from helicopters to tanks and infantry troops - on huge battlefields area of \u200b\u200b150 square kilometers!


Network Service EugenNet © supports all the features of collective game, including the creation of clans, organizing tournaments and world rankings and in the massive network battles can participate up to 8 players simultaneously!