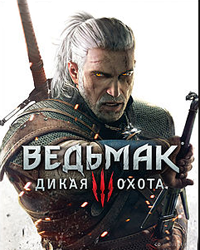 AllKey information about the seller and his items
offlineAsk a question

CAUTION I also do wholesale keys. If you are a wholesaler - you can contact me and buy me the keys to the line with a good discount.

After payment you will immediately receive an activation key games. Multilingual game and has no regional restrictions. (Region free)


Pre-order and get the following bonuses for free:

• Official paper dolls of characters "The Witcher". Six schemes in PDF format to create paper dolls Geralt of Rivia, Triss Merigold, Yennefer of Vengerbegra, Ciri cub from Tsinrty, Eredina, rider of the Wild Hunt and the Goblin. To collect them, you need only glue, scissors and execute simple instructions.

• Neverwinter Nights - play for free. Pass the time remaining until the new adventures of Geralt of Rivia, the benefit. Neverwinter Nights - a living classic of the genre RPG, one of the greatest computer games licensed Dungeons & Dragons, won a number of awards. Pre-order, you will get the most complete edition of the legendary role-playing game - Neverwinter Nights: The Diamond Edition, which includes all the official add.

• Digital artbook - more than 100 pages of high-quality illustrations. This art book will be your guide to the world of "The Witcher". Magnificent collection of sketches, sketches and illustrations with explanatory comments tell a lot of interesting things.

• Illustrations. Previously unpublished sketches and drawings made for the game.

• Desktop Wallpaper. A set of wallpapers for your desktop with illustrations, never previously submitted.

• A set of avatars. Themed avatars for profiles on social networks - especially for fans of the game "The Witcher 3: Wild Hunt."

• Bonus video. A film about the creation of the game and the complete collection of trailers in the resolution of 1080p.

• Map of the world. Detailed digital map of the game world - an indispensable tool when traveling.

"The Witcher 3: Wild Hunt" - role-playing game of the new generation, whose action unfolds in a wonderful fantasy world where you need to make difficult decisions and take responsibility for their consequences.

World at war. Empire Army Nilfgaard erases everything in its path, trying to get to the heart of the Northern Kingdom. Driven by a deep personal motives famous Witcher, Geralt of Rivia, do not stop at nothing to find and protect a certain lady, referred to in ancient prophecy. Meanwhile, behind him by the heels to be the enemy knows no fear and pity, the most unimaginable nightmare - The Wild Hunt, a cavalcade of ghostly riders, precursors of rock and death, can in one night does not leave a trace of entire communities ...

"The Witcher 3: Wild Hunt" offers a non-linear, adult, rich history and unparalleled combat system without the use of QTE, which combines a wide range of tactical elements inherent in role-playing games, with a dynamic and spectacular battles, worthy of the best games of the genre action.

CAUTION I also do wholesale keys. If you are a wholesaler - you can contact me and buy me the keys to the line with a good discount.


You buy a key for digital distribution service GOG.com and can not be activated on Steam.
Bonus materials are available in English.

1. Register a new or login to an existing account on the service http://gog.com
2. Open the activation keys http://www.gog.com/redeem
3. Enter key after payment and click "Redeem"
4. Download the game from the "Library".