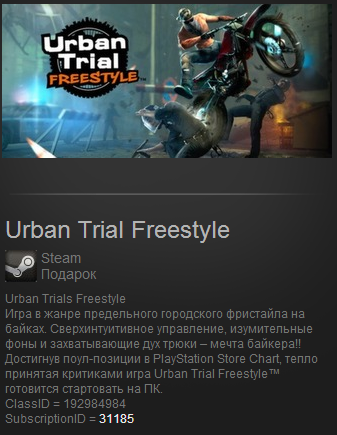 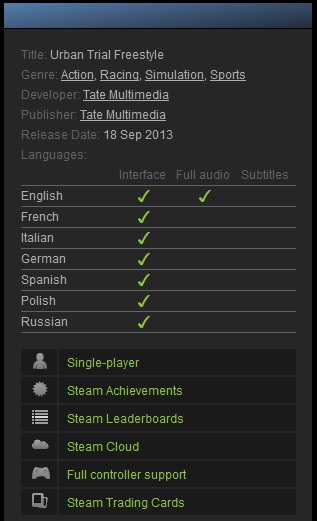 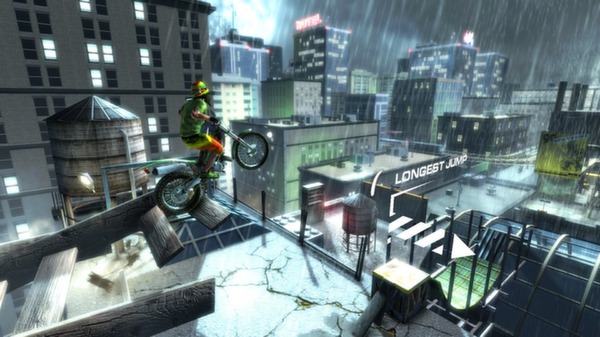 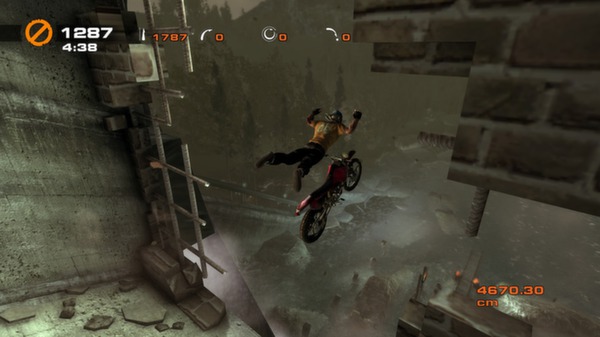 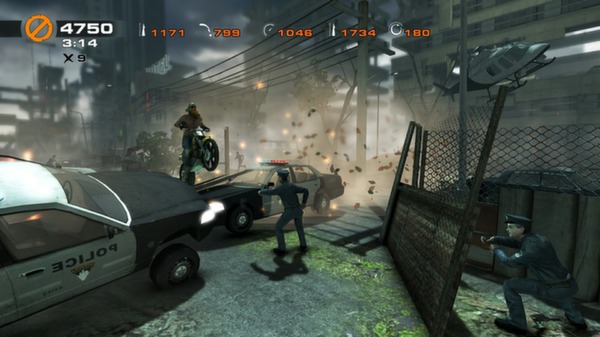 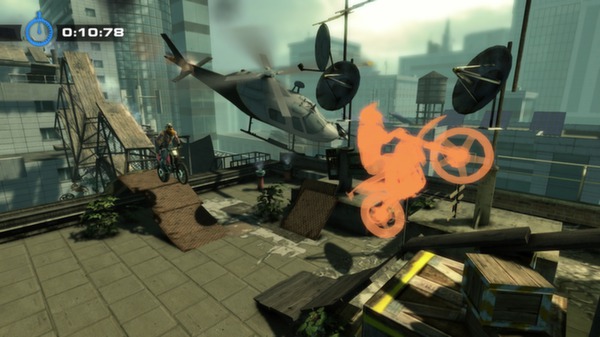 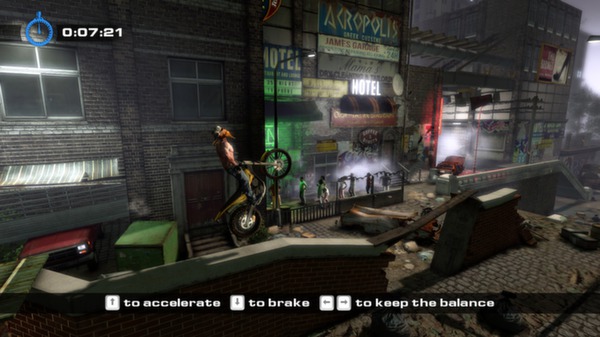 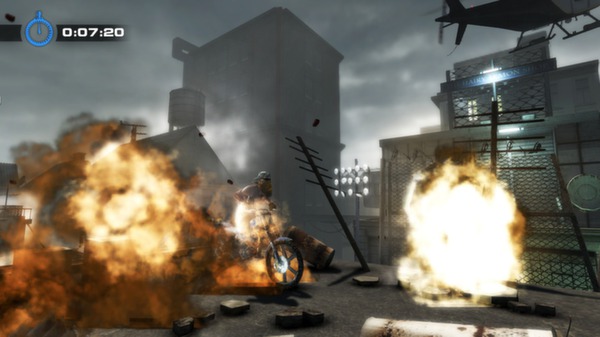 Uploaded: 18.09.2013
Content: text 96 symbols
Loyalty discount! If the total amount of your purchases from the seller Game_Seller more than:
If you want to know your discount rate, please provide your email:

Available: 18 September 2013
About the Game
The game in the genre of limiting urban freestyle bikes.

Having achieved the pole position in the PlayStation Store Chart, critically acclaimed game Urban Trial Freestyle ™ is preparing to start on your PC.

"Urban freestyle bike!
Conquer the streets of the city, the police uskolzni, use the landscape of the city for the backflip, 360, travel along the wall, Ollie ...
Bleeding bike. Racing against the clock. Stunt mode. Speed \u200b\u200bor style?
Throw challenge the best bikers.
Make a perfect race and loans its place among liderov.Pri creating Urban Trial Freestyle ™ an important role was played by Julien Dupont, «godfather of urban trial." Julien Dupont is known worldwide for its unique style and technique; the way he sweeps away the barriers to new records.

• 47 levels in 5 unique areas
• 3 game modes for single player: Tricks Race against the clock tests
• Ability to modify the motorcycle and rider
• The complex physical system and dynamic animation
• Online Leaderboards and ghost mode
• The maximum optimization for your PC

About the Game
Do not miss the ultimate urban trial freestyle game!

After reaching pole position in PlayStation Store Chart, the critically acclaimed Urban Trial Freestyle ™ is now revving up for PC.

The city is your playground! Nothing will stop you on your freestyle trials bike. Use the urban landscape to pull spectacular tricks - backflips, 360s, wallrides, ollies, and more.
Customize your bike to boost your performance in Time Attack or Stunt mode. Choose between speed and style, developing your own unique riding style.
Challenge the best riders in Ghost Mode.
The variety and elaborate design of the different backdrops will keep you coming back for hours on end, to achieve a perfect run and knock the top riders off the leaderboard.

Urban Trial Freestyle ™ has been greatly influenced by the support of Julien Dupont, the "godfather of urban trial freestyle." Julien Dupont is known around the world for his unique street style and technique, mashing down barriers and setting new records.