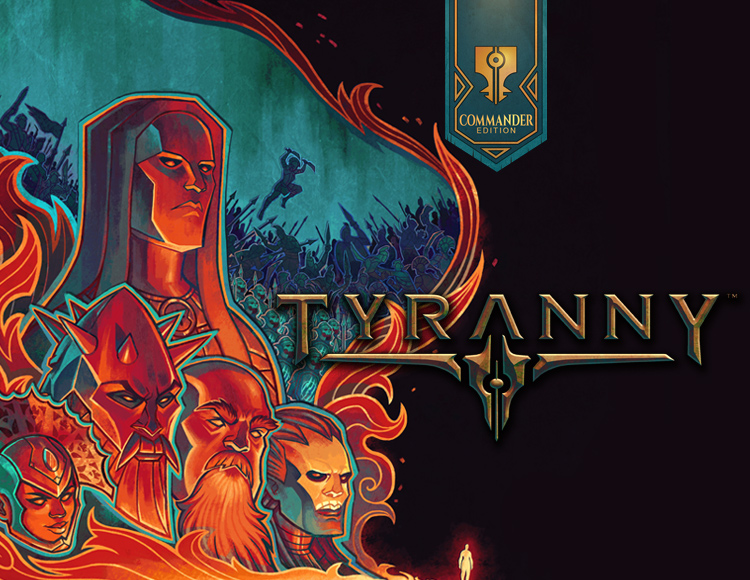 Uploaded: 27.09.2018
Content: tyranny_0010.txt 0,02 kB
Loyalty discount! If the total amount of your purchases from the seller servicesoft more than:
If you want to know your discount rate, please provide your email:

After payment you will receive a link on which you can get the license key of the game Tyranny - Commander Edition from the official supplier - the company "Buka", for activation in the STEAM system.

1. You must download and install Steam http://store.steampowered.com/ (if not already installed)
2. Register a new account on Steam or go to an existing one.
3. Go to the "My Games" section and select "Activate via Steam", enter the key.
4. The game after activation appears in the list of games and you can download it from Steam.
5. Enjoy the game.

Description:
After the great war of good and evil, which ended in the victory of the forces of darkness under the leadership of Lord Kairos, the events of Tyranny begin. The Lord´s troops, who did not know the pity, subdued the lands to themselves. Its inhabitants can only try to survive in this new, forever changed world ... even if there is no agreement among the most devoted warriors of Karosa, the Archons.

You have to come forward as a messenger of a new world order in a role-playing game that will react vividly to all your actions. You will become a powerful Destroyer, traveling through cities and villages with the sole purpose - to stick a carrot or a carrot with the power of the Lord.

Key Features:
A unique non-linear story unfolds in a world that is not alike: The fateful battle between good and evil has already happened, and evil has gained the upper hand.
Important decisions and your actions change history and lead to far-reaching consequences: In the hands of the Fateful, Vladyka´s troops are concentrated great power and power over the conquered lands. Do you use it to make life easier and earn the loyalty of the people or force them to submit to fear? Or maybe you will apply your own power?
Complex and exciting combat system: Classic battles in real time with a tactical pause enriched by the new mechanics of group interaction and look very modern.
Multifaceted and nothing like the world: This is not another "journey of the hero." Tyranny puts upside down the usual templates of role-playing games and allows a new look at good and evil.