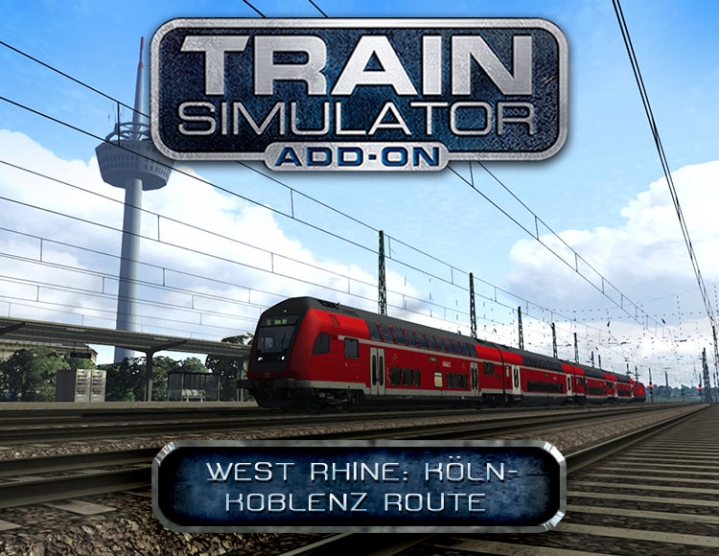 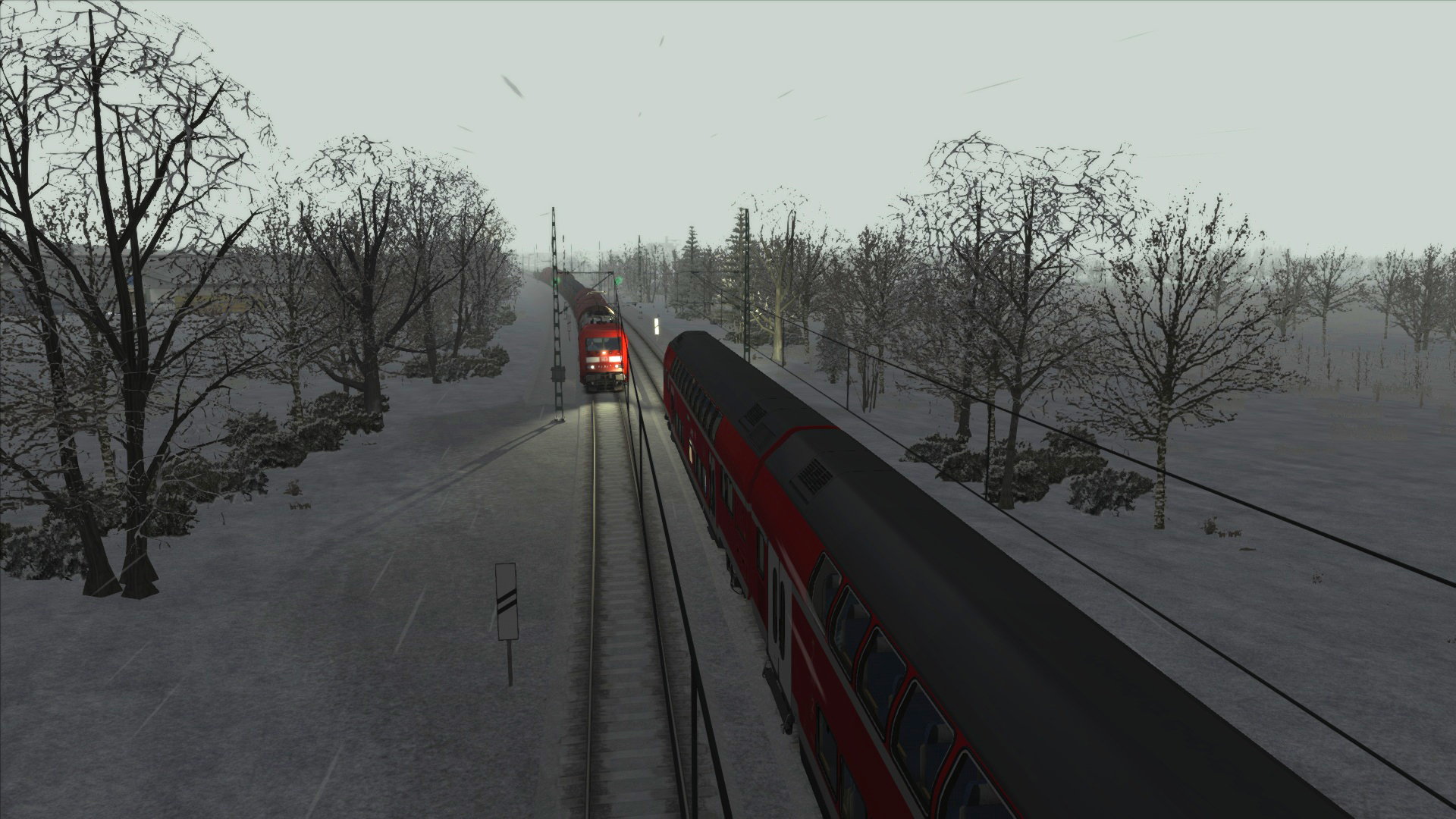 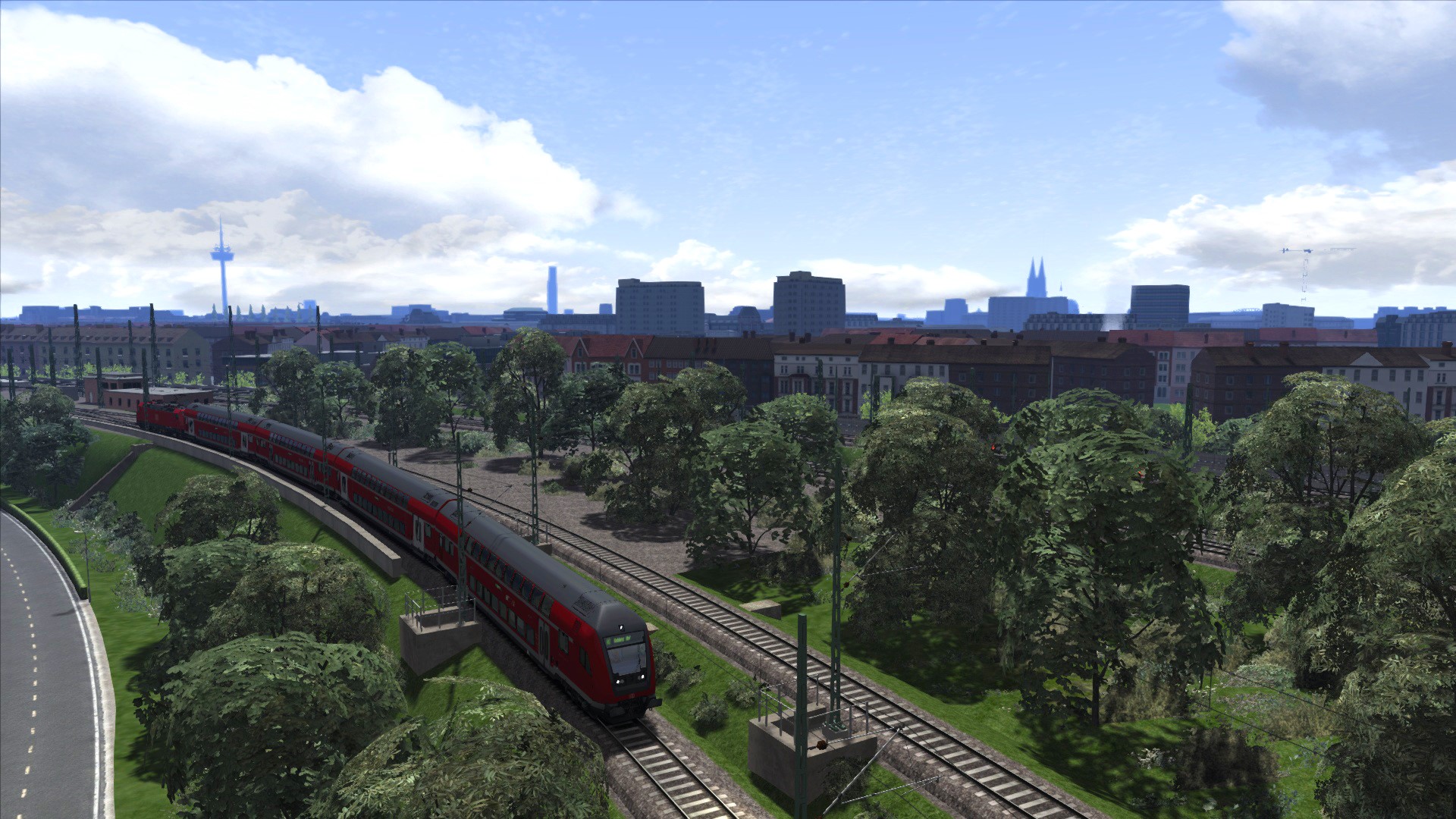 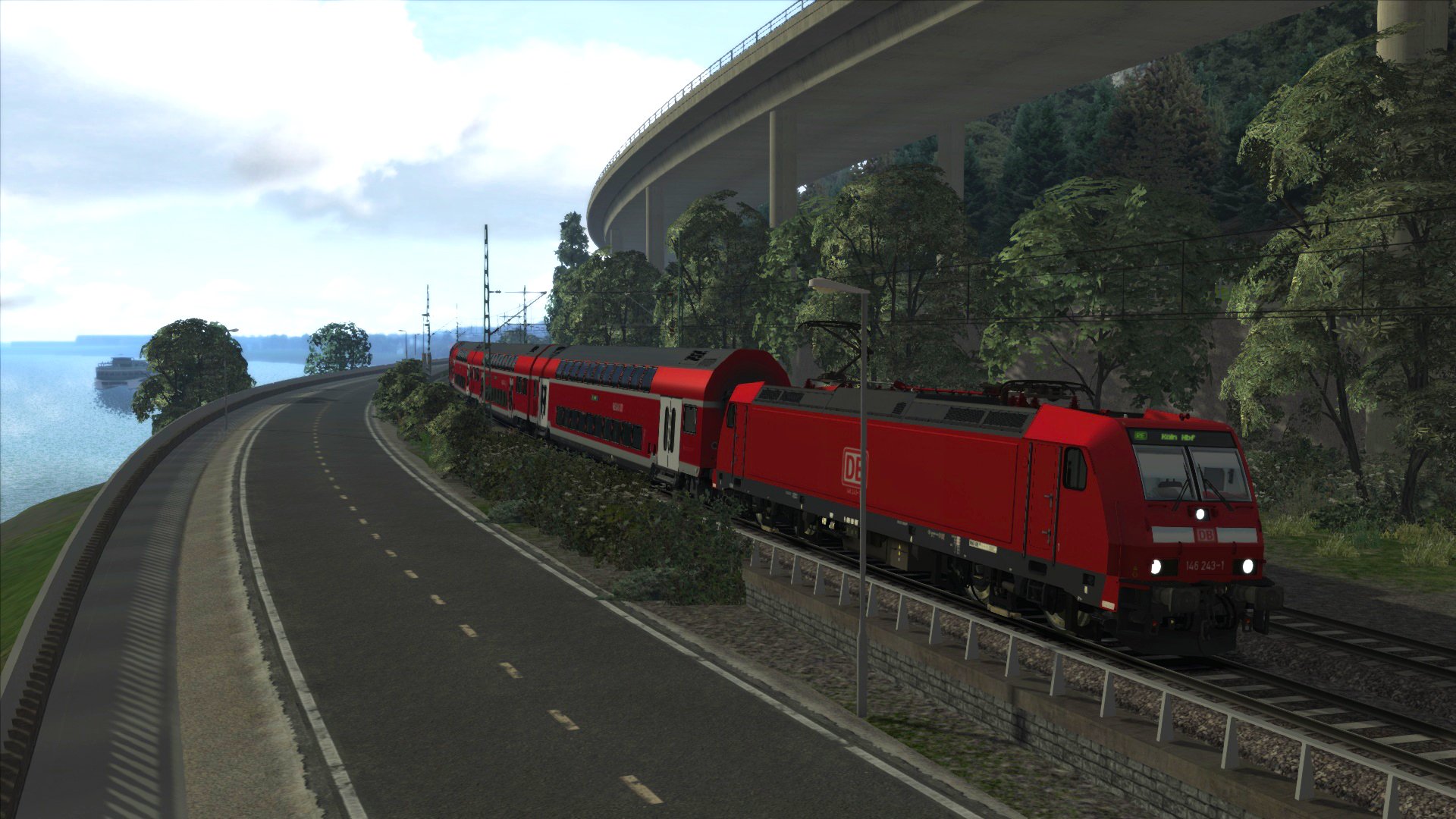 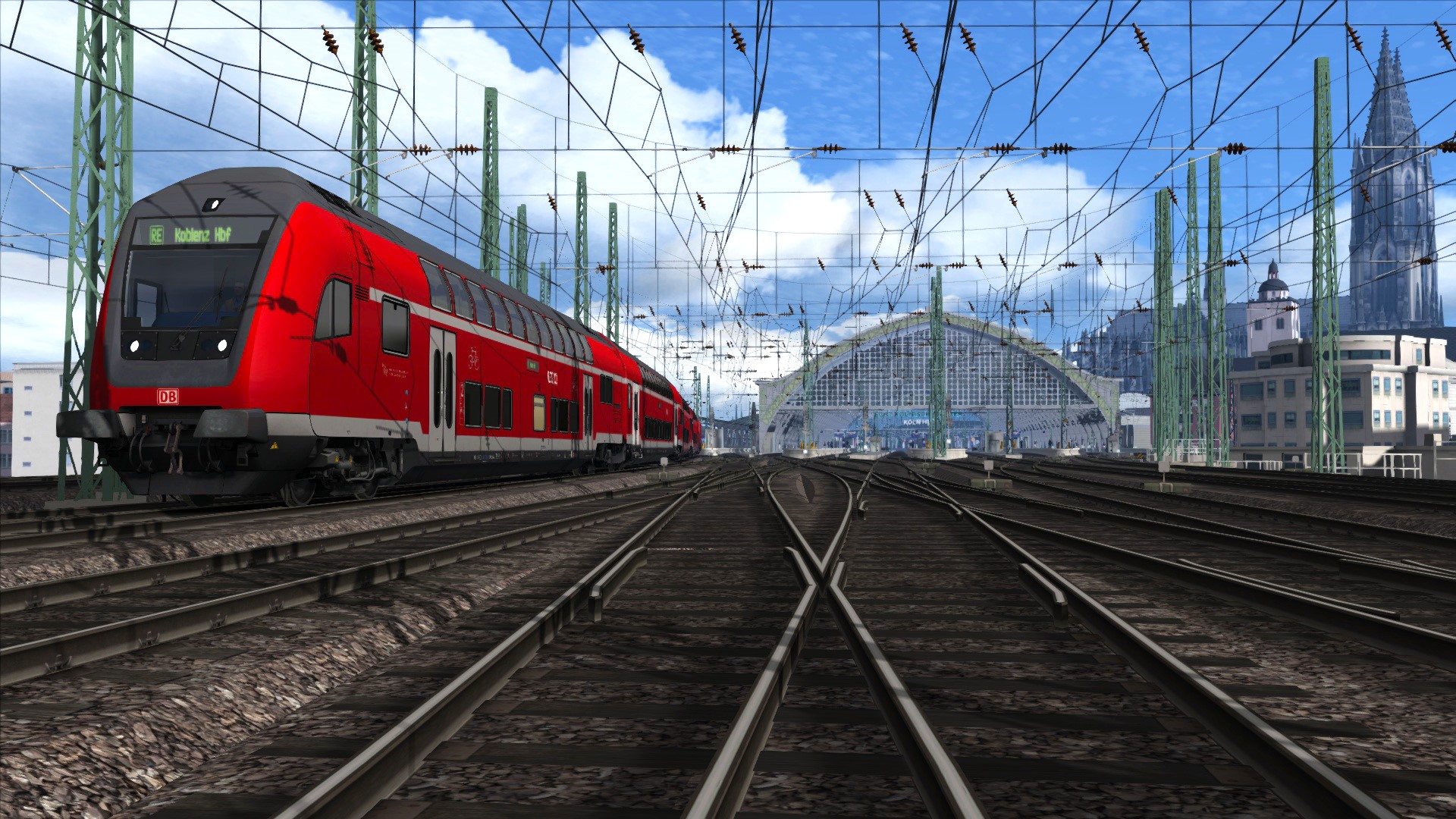 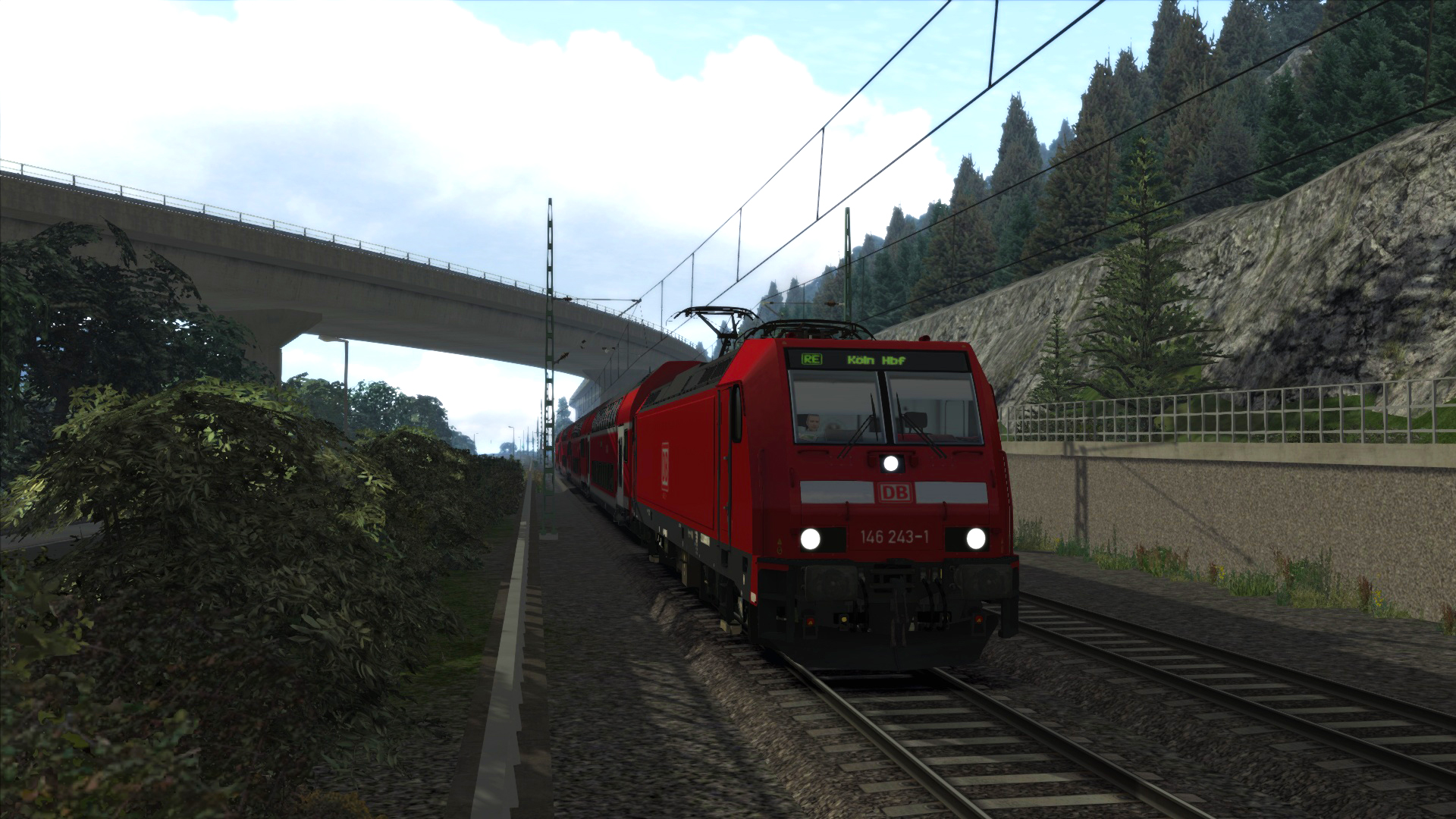 Description:
To start, the Steam version of Train Simulator is required. The spectacular scenery of the Rhineland-Palatinate area awaits you in this new route for the Train Simulator. This 96 km route connects Cologne´s 4th largest city with Koblenz, one of the oldest cities in the country. Most of the route runs along the western bank of the Rhine, which gives passengers an excellent opportunity to enjoy the spectacular views of this area of ??western Germany. The first part of the line was opened on February 15, 1844, and represented the Bonn-St Pantaleon site (former main station of Cologne). In the period from 1856 to 1859 the route was extended to Cologne Central Station. Koblenz is an important interchange station for trains heading south to Mainz and to France, while Cologne is a station with daily traffic of more than 280,000 people, having a local, national and international importance. Approximately in the middle of the route is Bonn, the former capital of East Germany, from where ICE trains leave to all corners of the country. The southern part of the train route of RE5 ´Rhein Express´ by Deutsche Bahn runs between the cities of Emmerich and Koblenz. In addition to the Intercity and ICE trains that run at hourly intervals, the Regio suburban train operates on the line, as well as a number of freight trains. Among this busy traffic, one can even see historical museum trains. Passengers traveling between the two major cities of Cologne and Koblenz have the opportunity to see medieval buildings and fortresses along the route, slowly sailing river barges, large cargo parks of Bruhl and Bonn-West stations, and also the famous DB Museum at the Koblenz-L?tzel station, located in a former depot near the main course of the route. The route also includes an electric locomotive DB BR 146.0 and two-storied (Doppelstock) cars of the RE5 ´Rhine Express´ train. In addition, the package includes a diesel locomotive DB BR 294 with freight cars, as well as an electric locomotive DB BR 101 with passenger cars. Scenarios: Day shift
Winter trip to Remagen
Drive to Bonn in a storm
Night trip to K?ln
Empty containers in K?ln
Commodity on Andernach
Features: The 96-kilometer K?ln-Koblenz route passing through Bonn
22 passenger stations and stops located in the historic cities of West Germany
Big cargo stations in Bruhl and Bonn-West
Museum of DB in Koblenz-L?tzel
DB BR 146.2 with two-story suburban cars
DB BR 294 with freight cars
DB BR 101 with passenger cars
Scenarios for the route
Compatible with the "Quick game" mode
The volume of uploaded files: 1 959 MB