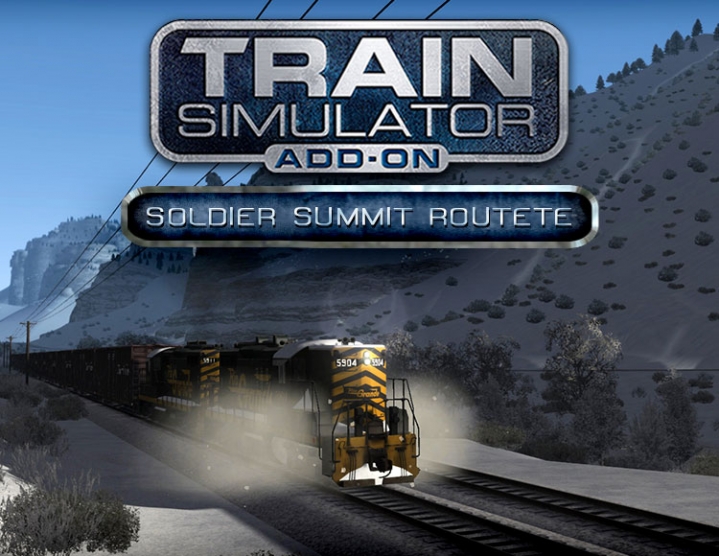 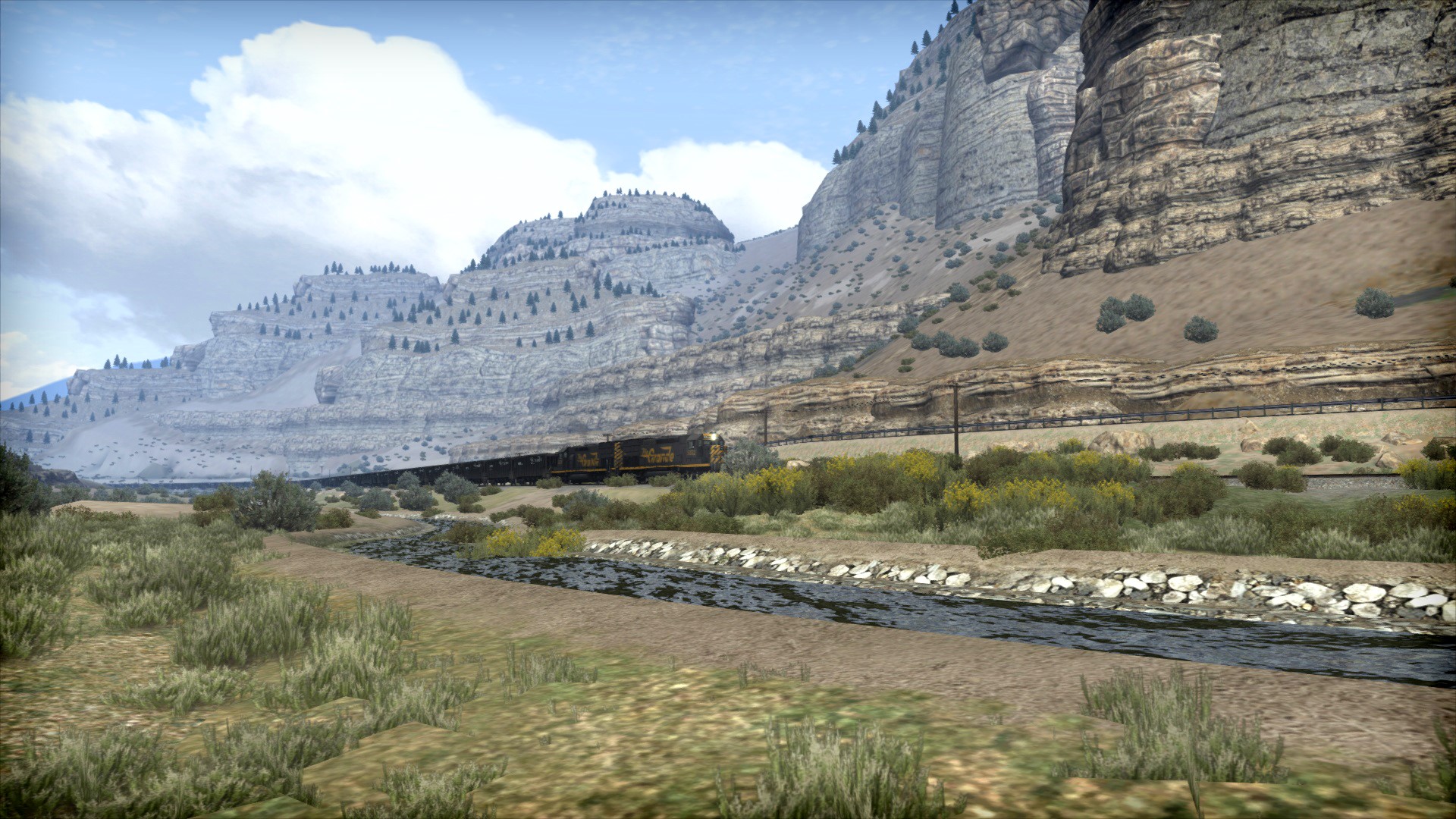 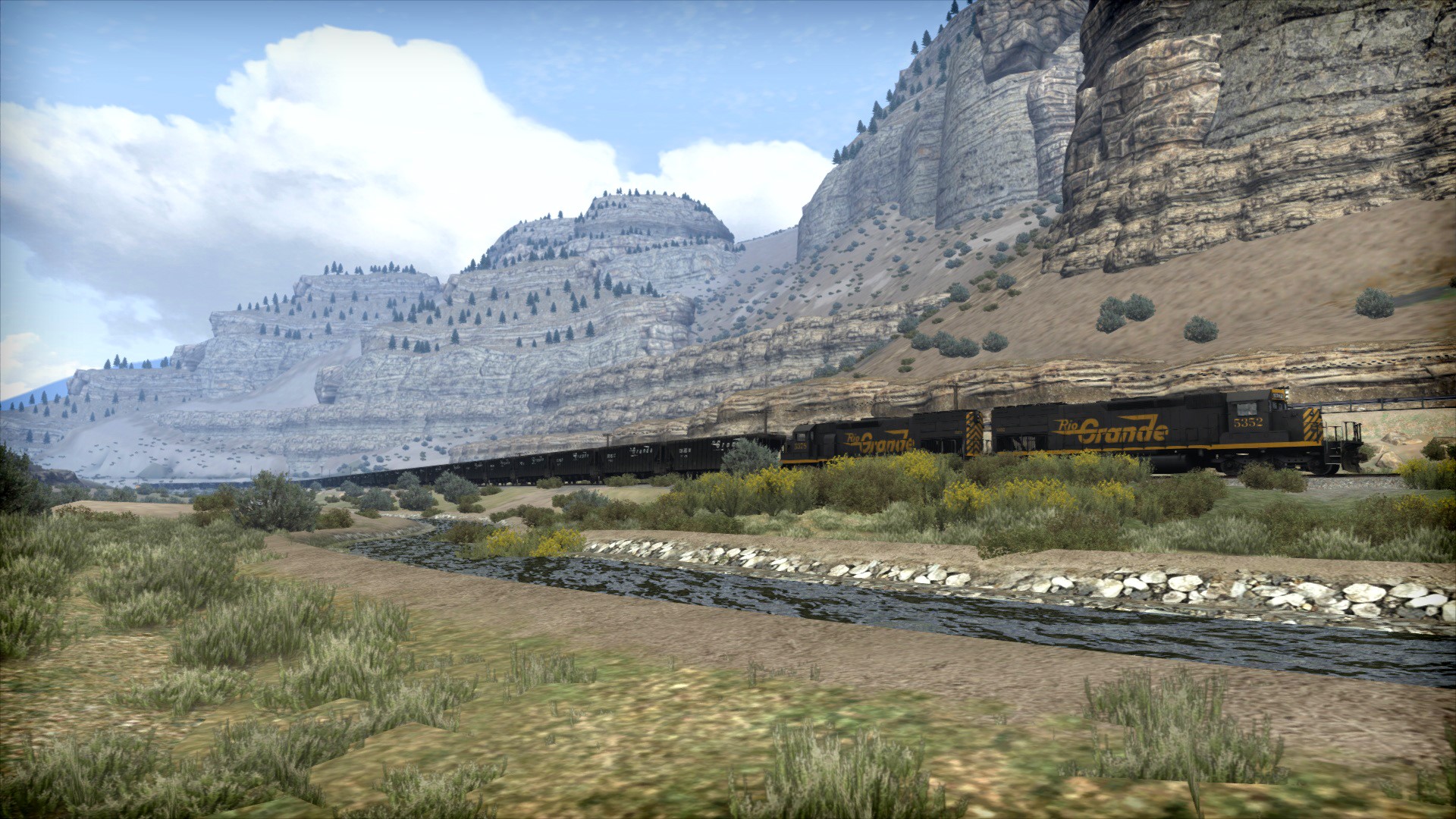 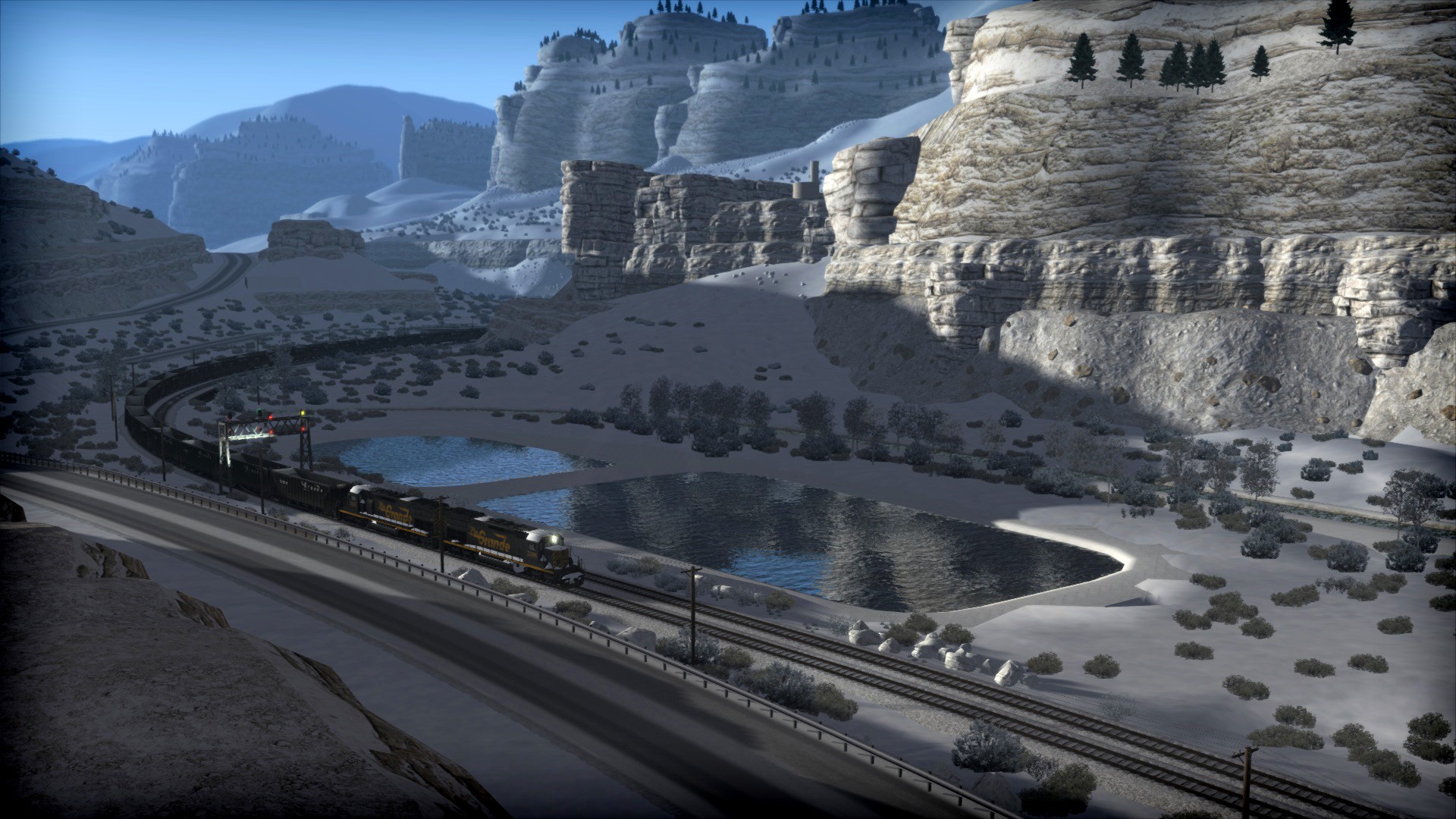 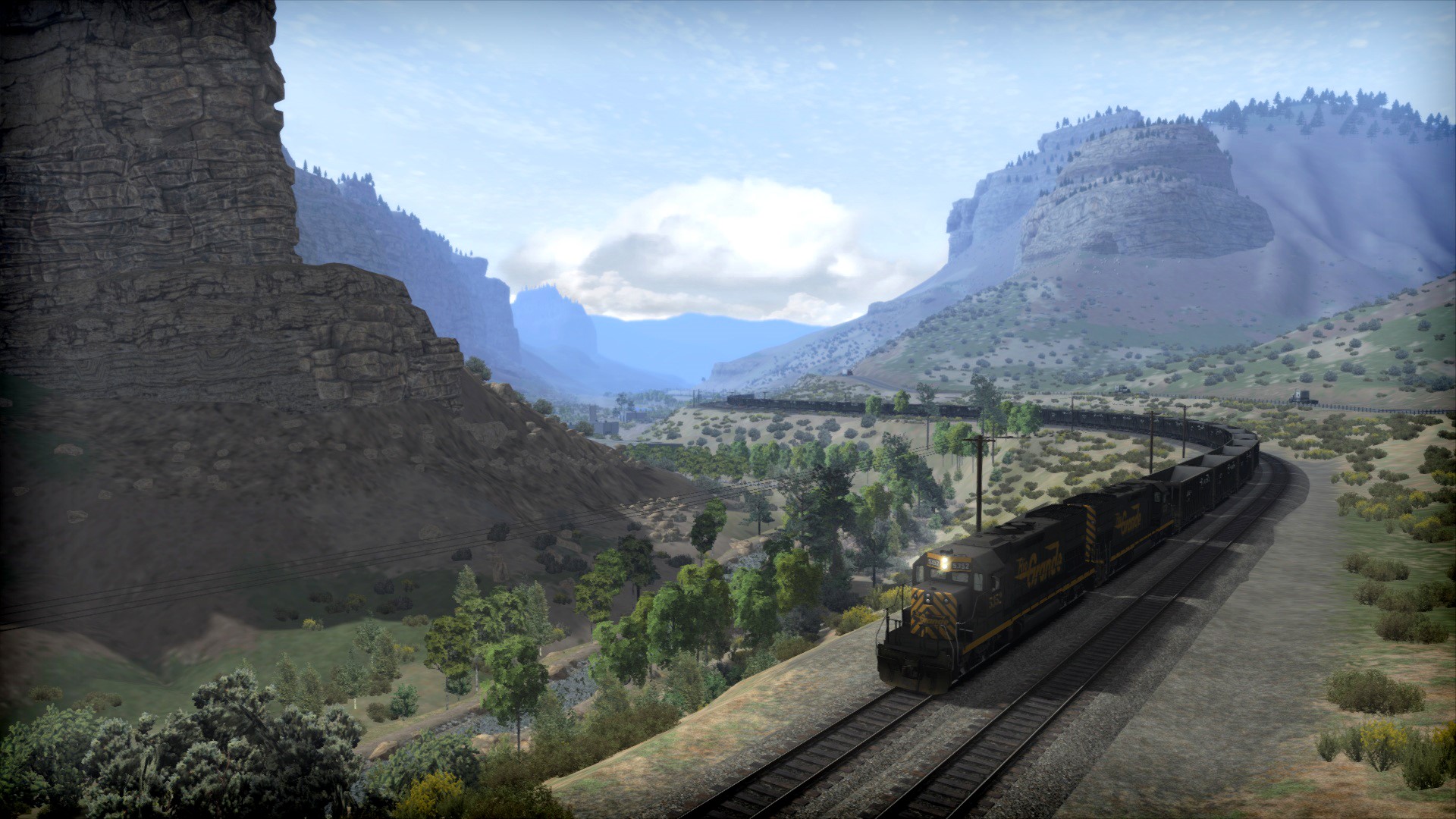 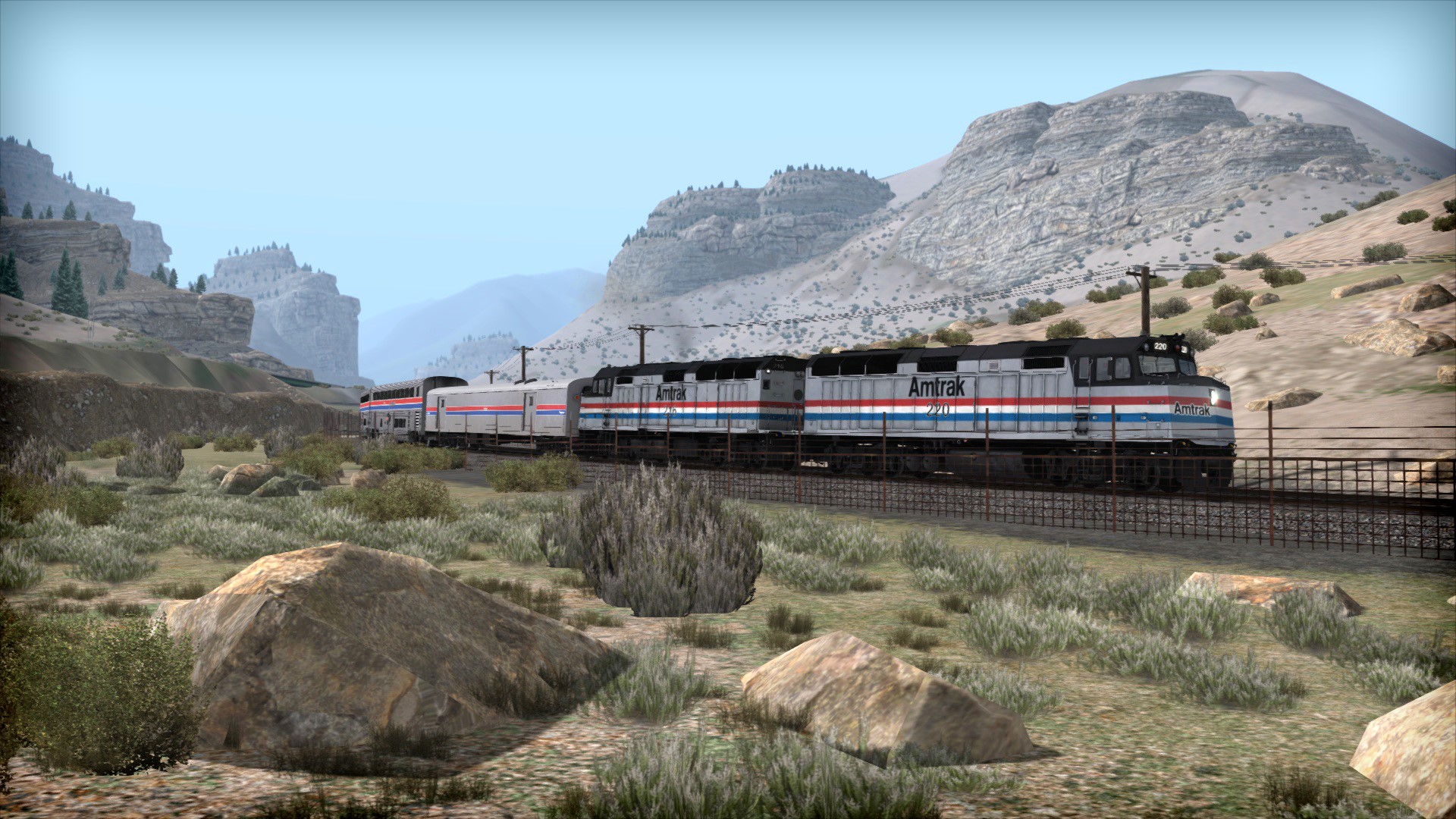 Description:
The launch requires a Steam version of the game Train Simulator. The spectacular plains and mountain valleys of Utah make the Soldier Summit one of the most beautiful passes in the west of the USA. Theoldier Summit is a mountain pass in the 69-mile valley in the ridge of the Wasatch (Rocky Mountains), dividing the cities of Helper and Provo. The pass is the highest point on the Denver & amp; Rio Grande in Utah. Studied by Franciscan priests and used by Native Americans before, the pass was for many years part of an important transport artery. Today, the pass is a favorite spot for spotting amateurs of railways, and in the area of ??Gilluly station, where a series of serpentines on the western rise, , as heavy freight trains climb onto the pass. This route challenges all machinists, which makes the Soldier Summit one of the most epic US rail routes. The route includes the Rio Grande SD40T-2 locomotive, the famous F40PH ´California Zephyr´ and the shunting locomotive GP9 Rio Grande. Seven scenarios for the route: Zephyr on east: Part 1
Zephyr to the east: Part 2
Shunting work in Provo
Supply and demand
Part 1: Provo - Detour
Part 2: Detour - Helper
A trip along the River Price River
Features: 69-mile route Soldier Summit from Provo to Helper
D & amp; RGW diesel locomotive SD40T-2
Amtrak F40PH with passenger wagons ´California Zephyr´
D & amp; RGW shunting locomotive GP9
Scenarios for the route
Compatible with the "Quick game" mode
The volume of uploaded files: 2234 MB