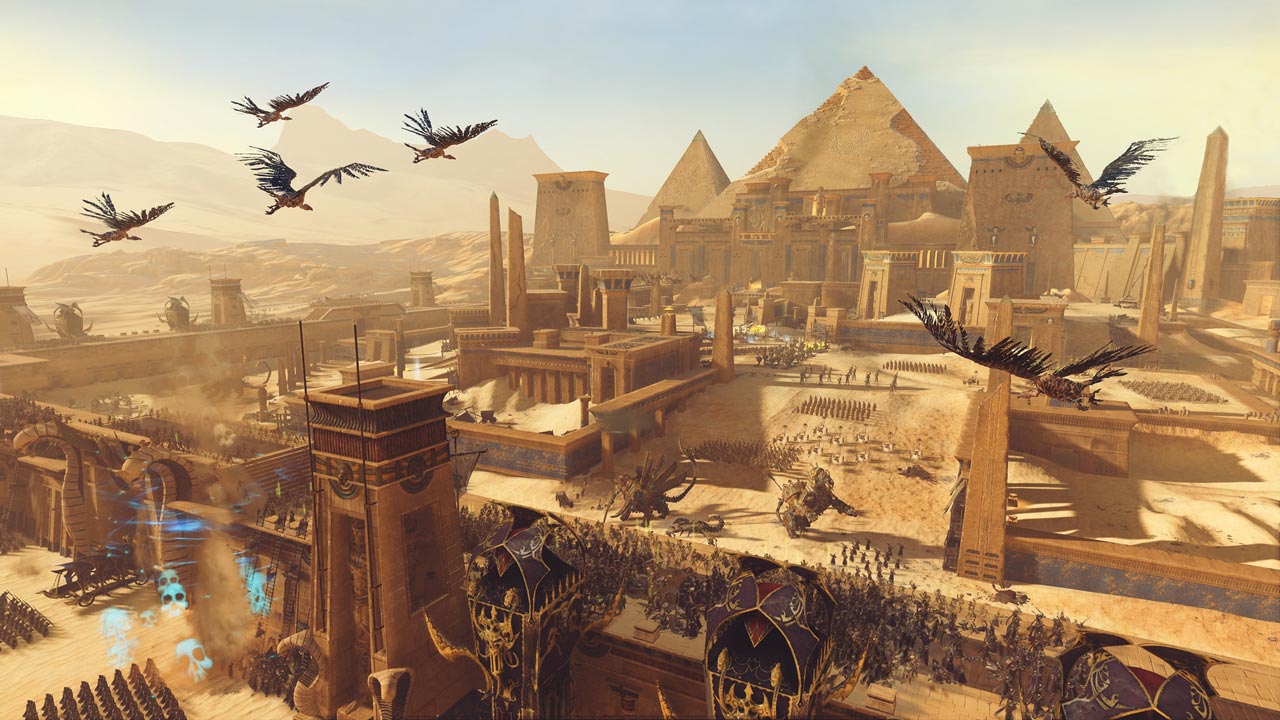 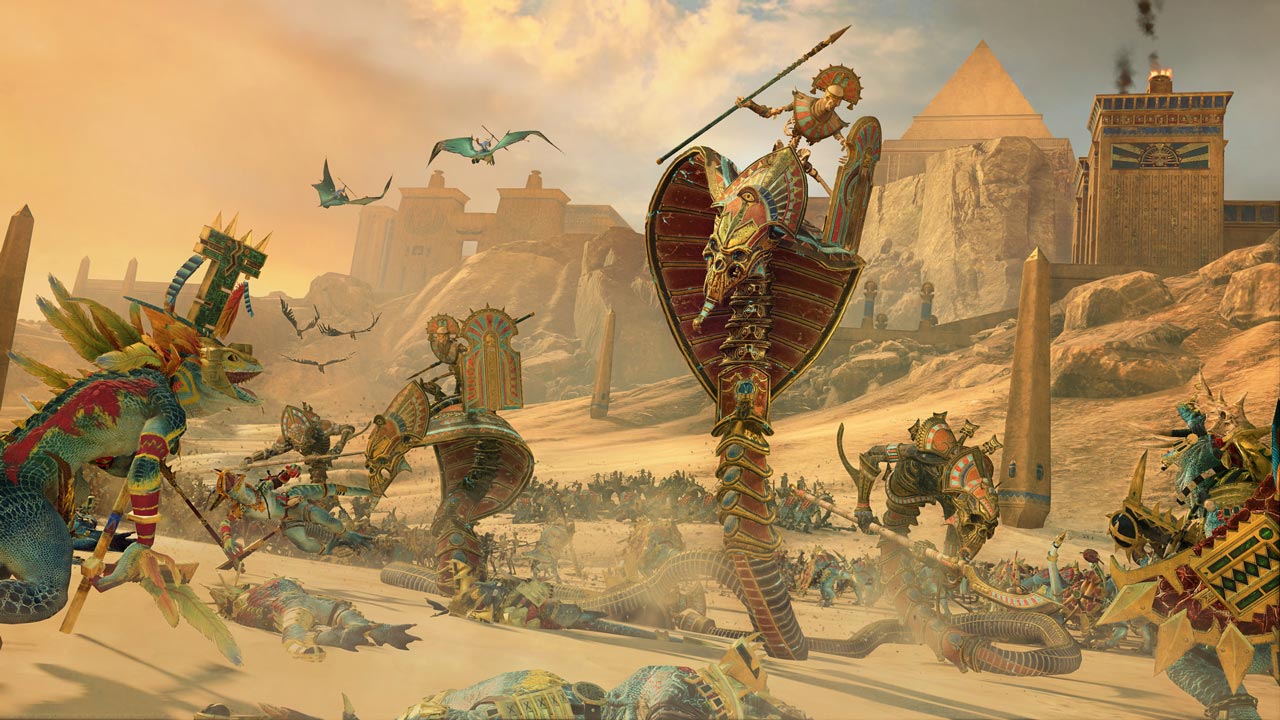 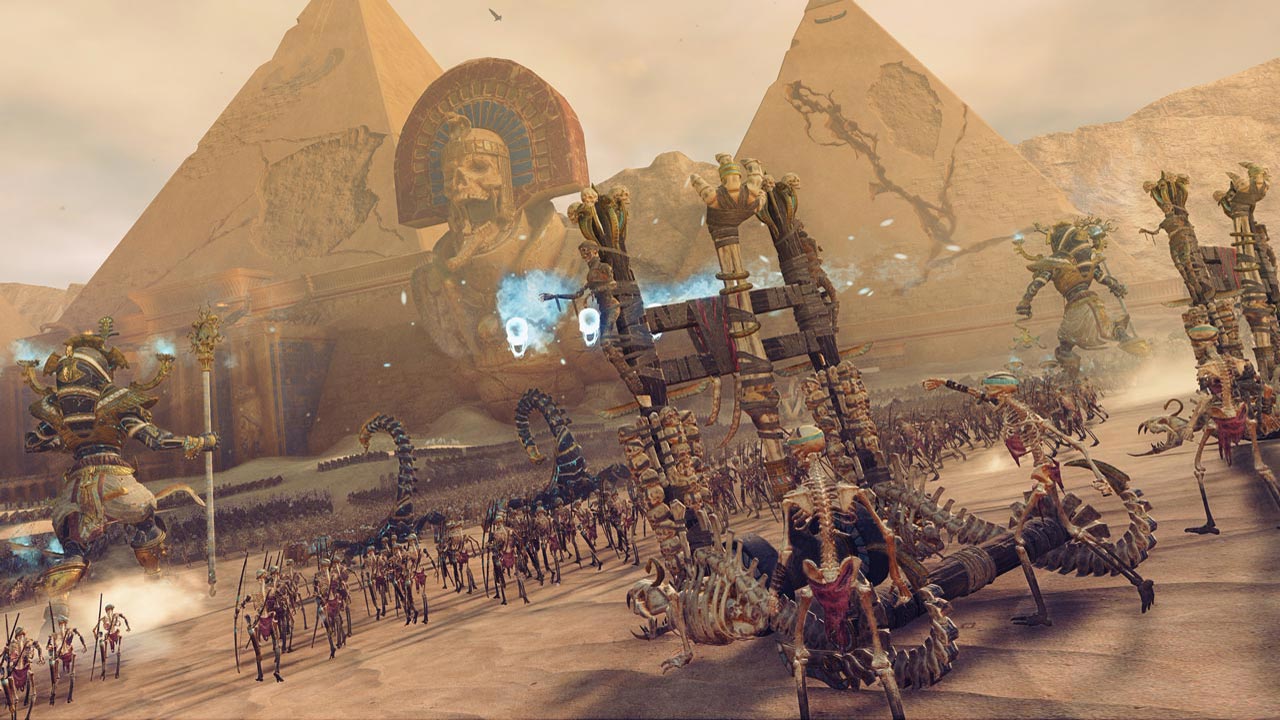 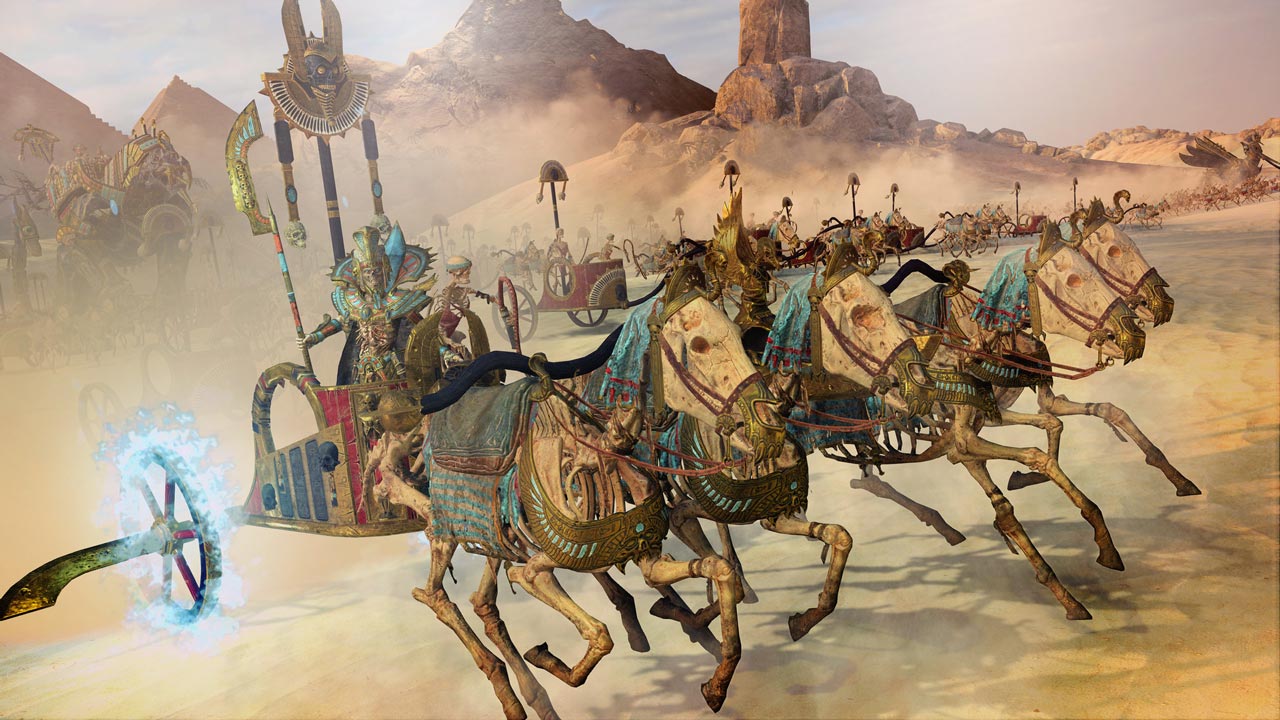 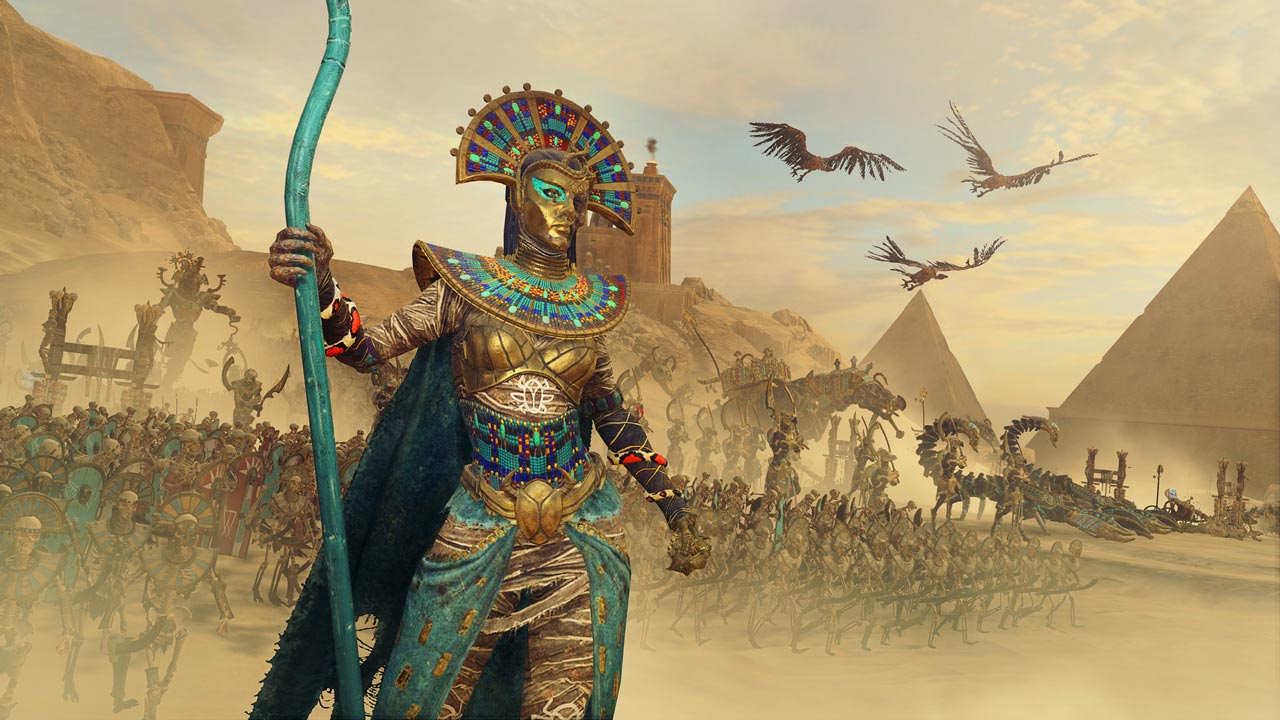 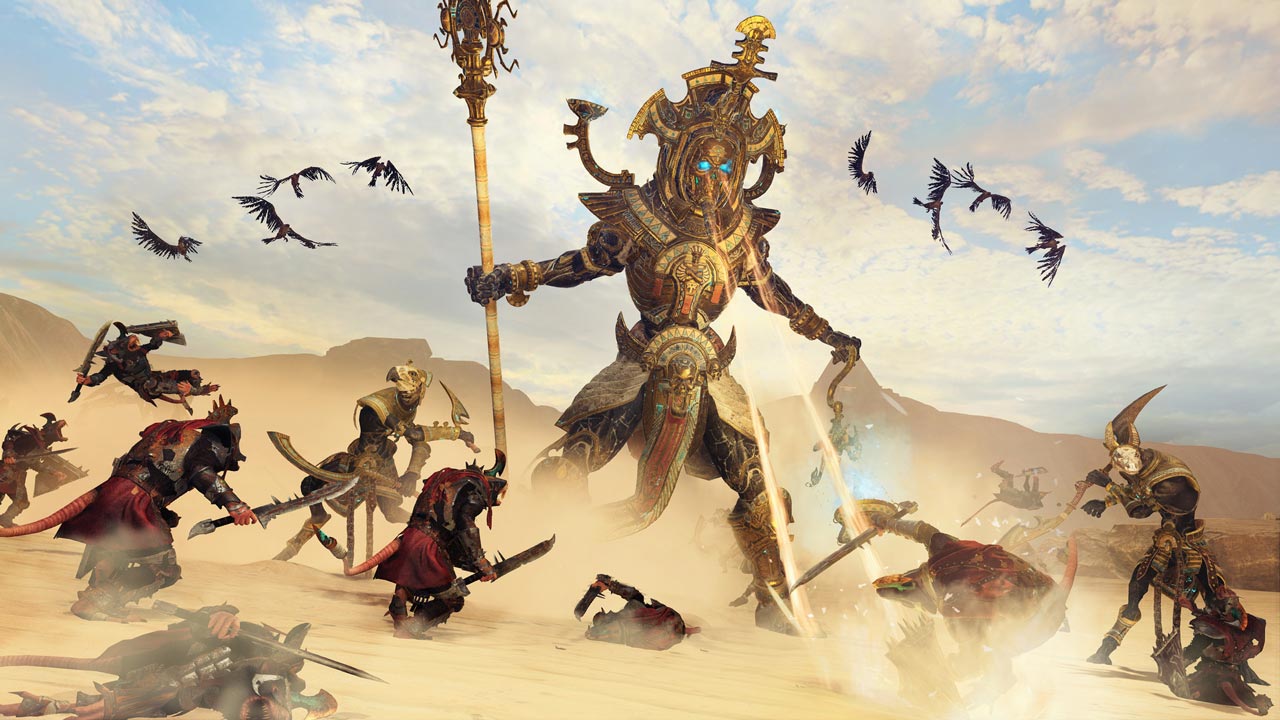 =======================================
In the deserts of Nehekhara, legions of skeletal warriors rise from the scorching sand to destroy the aliens who encroach on their domain. Nehekara is a dead realm of endless dunes filled with the blood of savages and barbarians. This is the Land of the Dead, where embalmed kings are doomed to rule forever in their unlife. But it was not always so.

Once upon a time, the ancient kingdom of Nehekhara was the crown jewel of human civilization. The cities of Nekhekara amazed with luxury and grandeur, her armies conquered entire nations, and her kings commanded people like gods. But a thousand years ago, the vile Nagash destroyed the kingdom with his sorcery: all living things died instantly, and the dead rose from their graves.

But death will not stop the Tomb Kings on their path to glory. In the unlife, they will restore Nehekara to its former glory!

• The new race "Tomb Kings" is available in the "Center of the Vortex" and "Mortal Empires" campaigns
• Unique race features related to the history of the Tomb Kings
• 4 new playable legendary lords: Settra the Immortal, High Queen Khalid, High Priest Hatep and Arkhan the Black
• Collect the Cursed Books of Nagash and win the battle for the Black Pyramid for ultimate victory
• Learn the mysteries of the past by exploring the Nehekhara dynasties
• Use the Soul Realm to resurrect your soldiers and summon ushabti in battle
• Merge exotic goods and canopies - the unique resource of the Tomb Kings - to create magic items and resurrect the legendary legions in the Cult of the Departed
• A complete list of types of troops, including units from the world of Warhammer Fantasy Battles