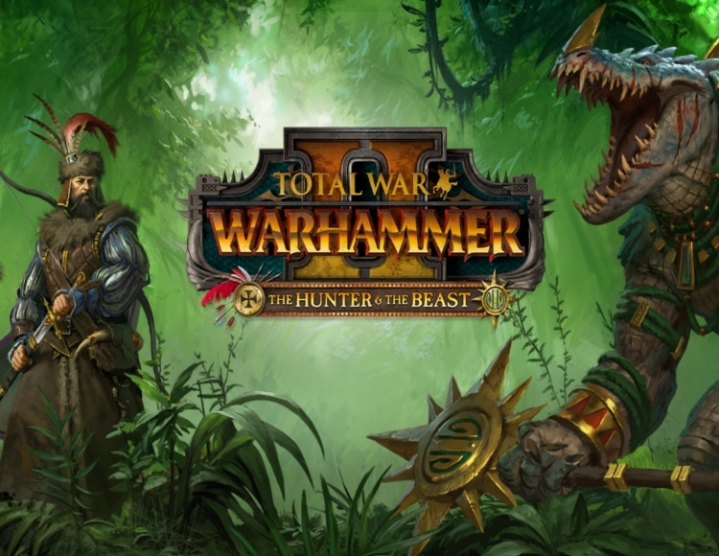 
THE HUNTER & THE BEAST is a new set of Lords for Total War: WARHAMMER II. He adds two legendary rival lords from the world of Warhammer Fantasy Battles to the game, which can be used in the Center of the Vortex and Empire of the Mortals campaigns, as well as in individual battles. Each of them has its own tasks, game mechanics, squads and play style.

ВЂ Two new legendary lords with rich history lead their own factions: Mark Wolfhart leads the expedition of the Jägermeister (Empire), and Nakai the Drifter - the Spirit of the Jungle
• Each of the legendary lords has their own unique faction mechanics, tasks, legendary items, skills and storyline campaign
• And the expedition - new powerful rifle squads, artillery and famous hunter heroes
ВЂ Mighty new creepy saurus - the largest beasts in the world of Total War: WARHAMMER, as well as new kroxigors, razordons and rituals - all of which the Spirit of the Jungle has
ВЂ New famous units that can be recruited and brought to the battlefield

- One of the three buyers in a random order, who left positive feedback after purchasing the game, can receive an activation key for the gift game. Which one you will find out after receiving the key.
- To receive a gift, you must leave a positive review and add a request to receive a gift to it (Keys are sent out approximately within 48 hours from the moment the review was written).
- The gift will be received by one of the three who wish, and not absolutely everyone.
- After writing a positive review, you automatically agree to the above conditions.

TOTAL WAR: WARHAMMER THE GRIM AND THE GRAVE (STEAM/RU)