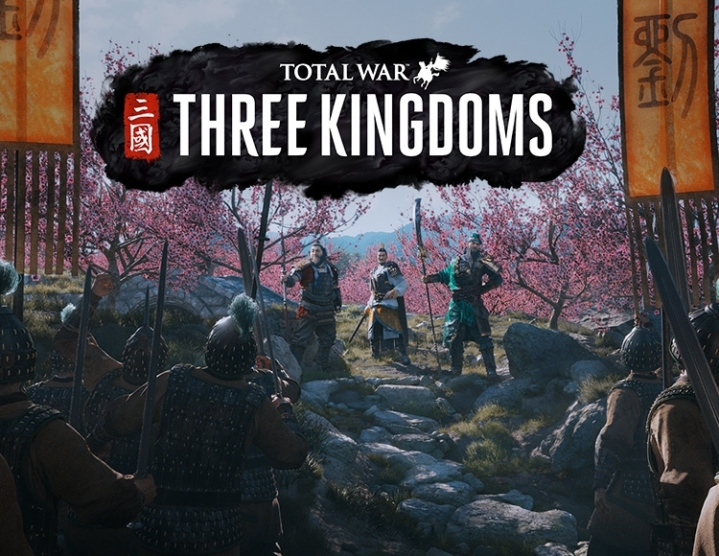 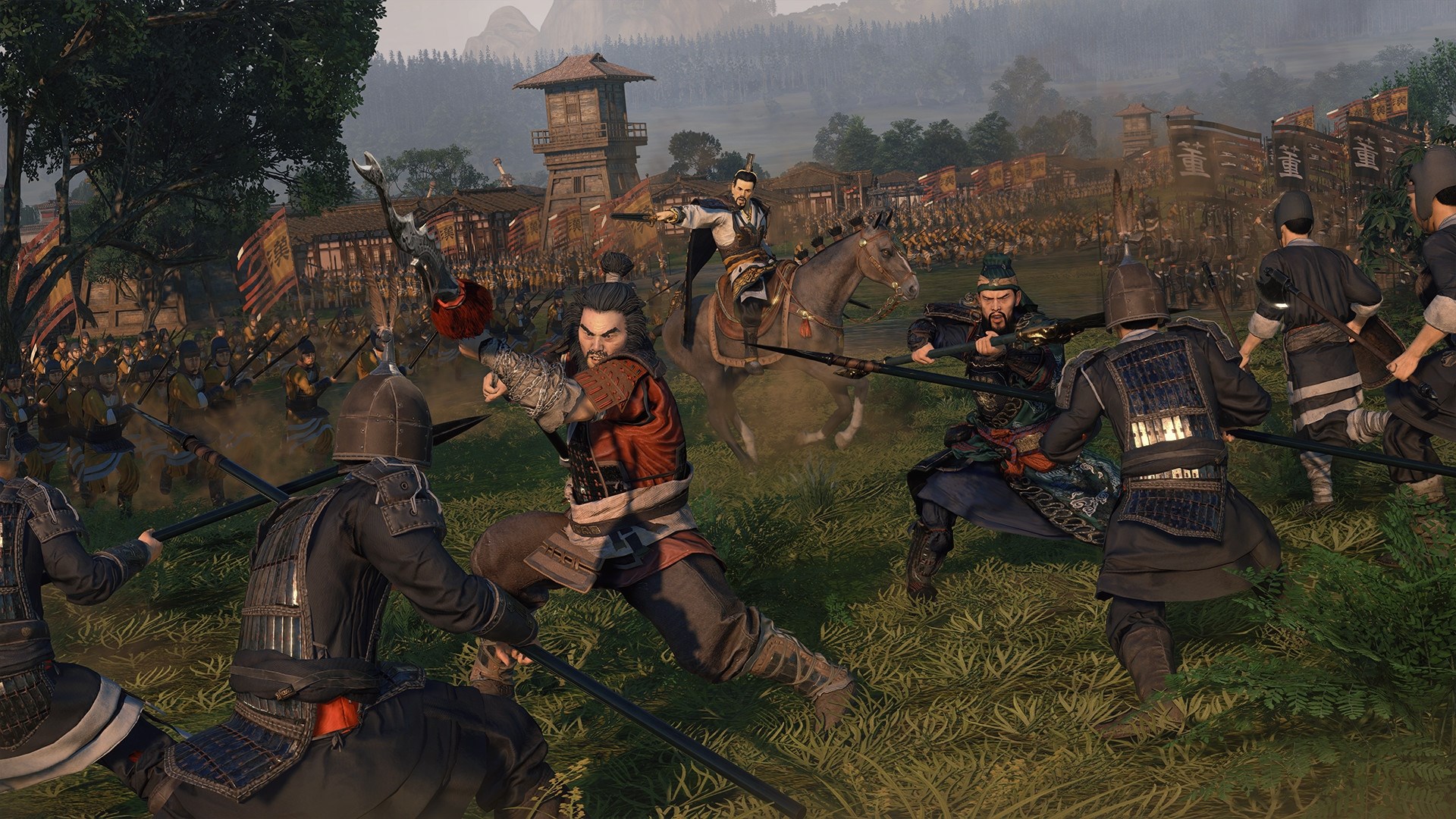 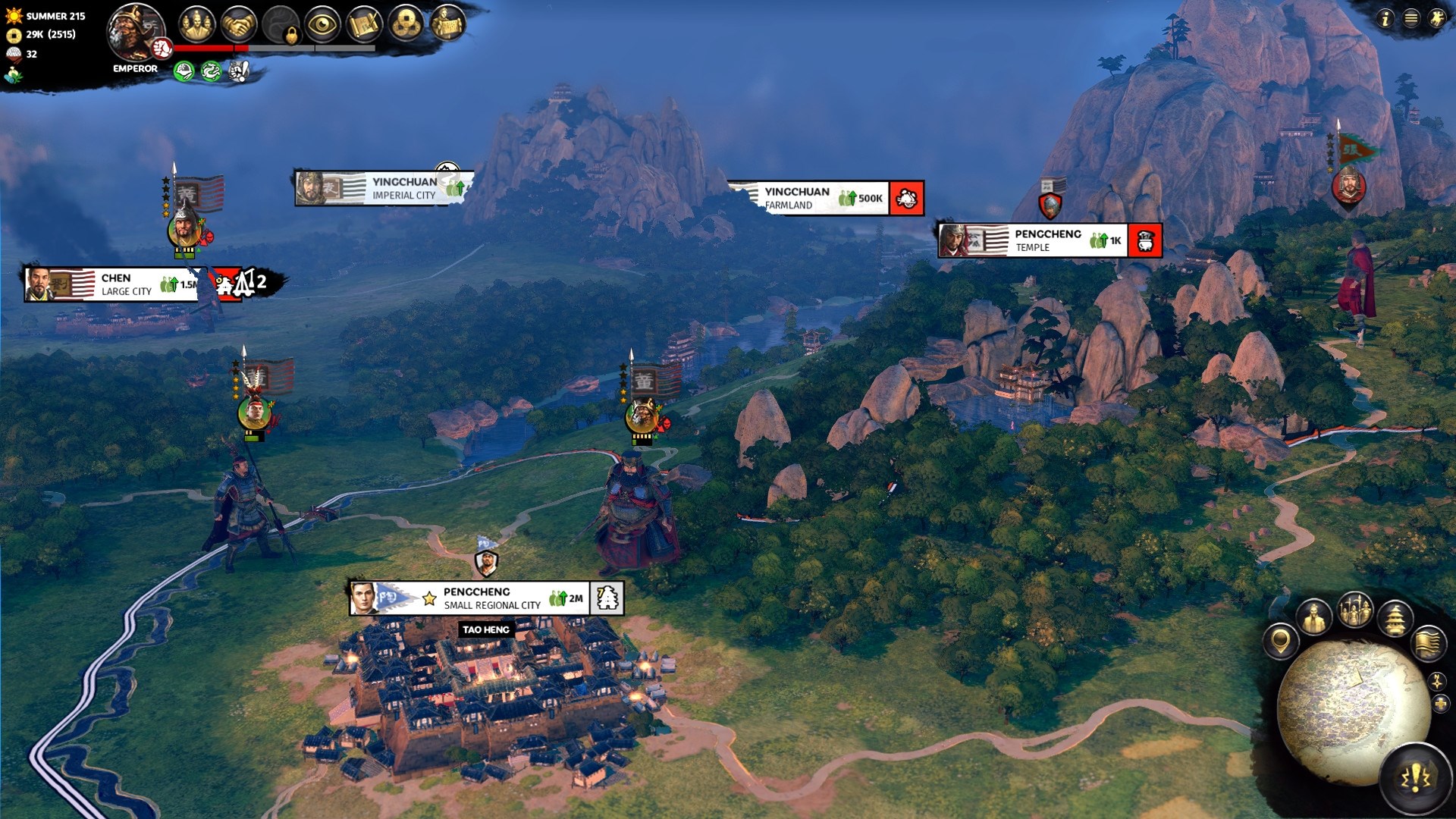 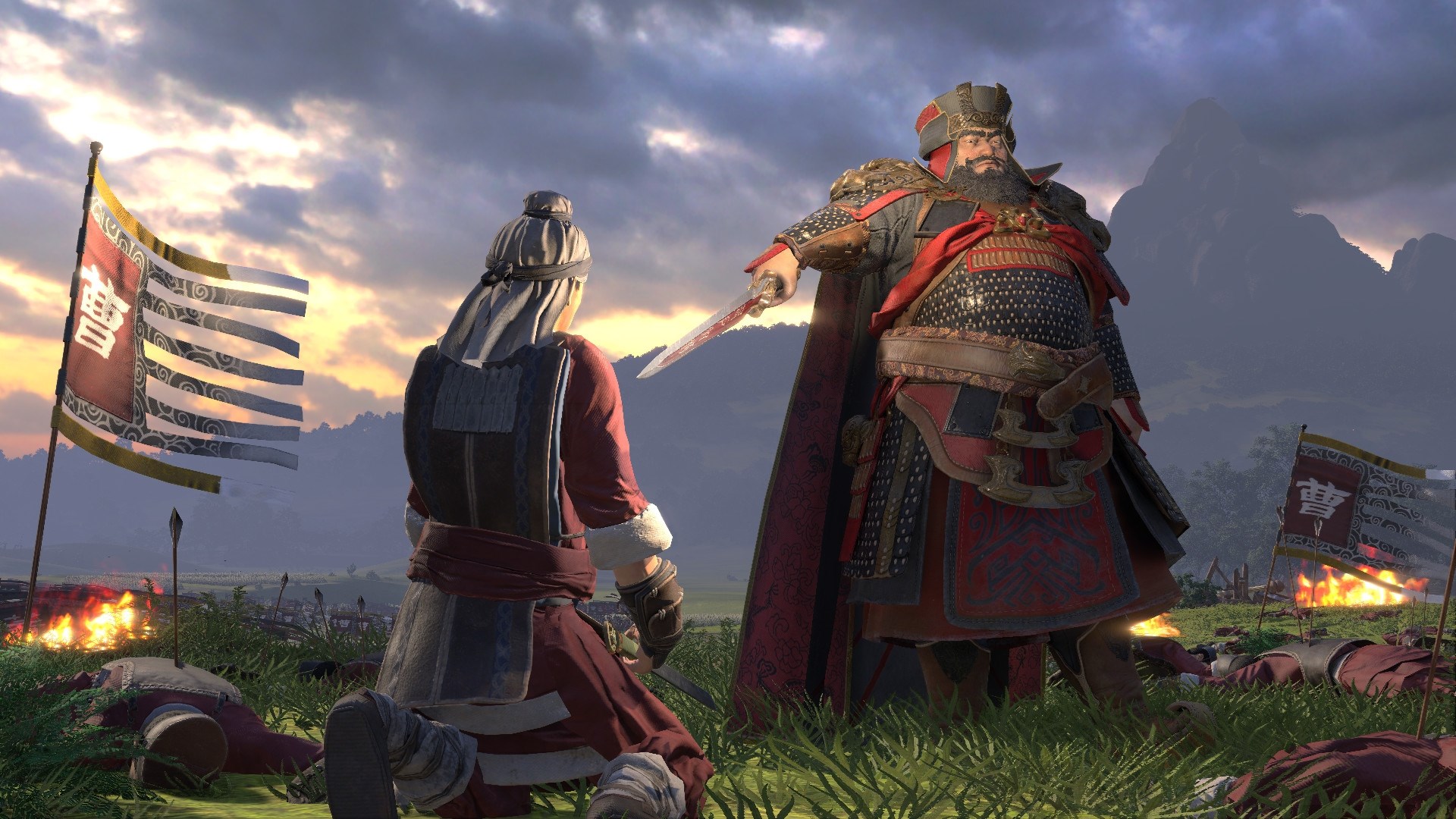 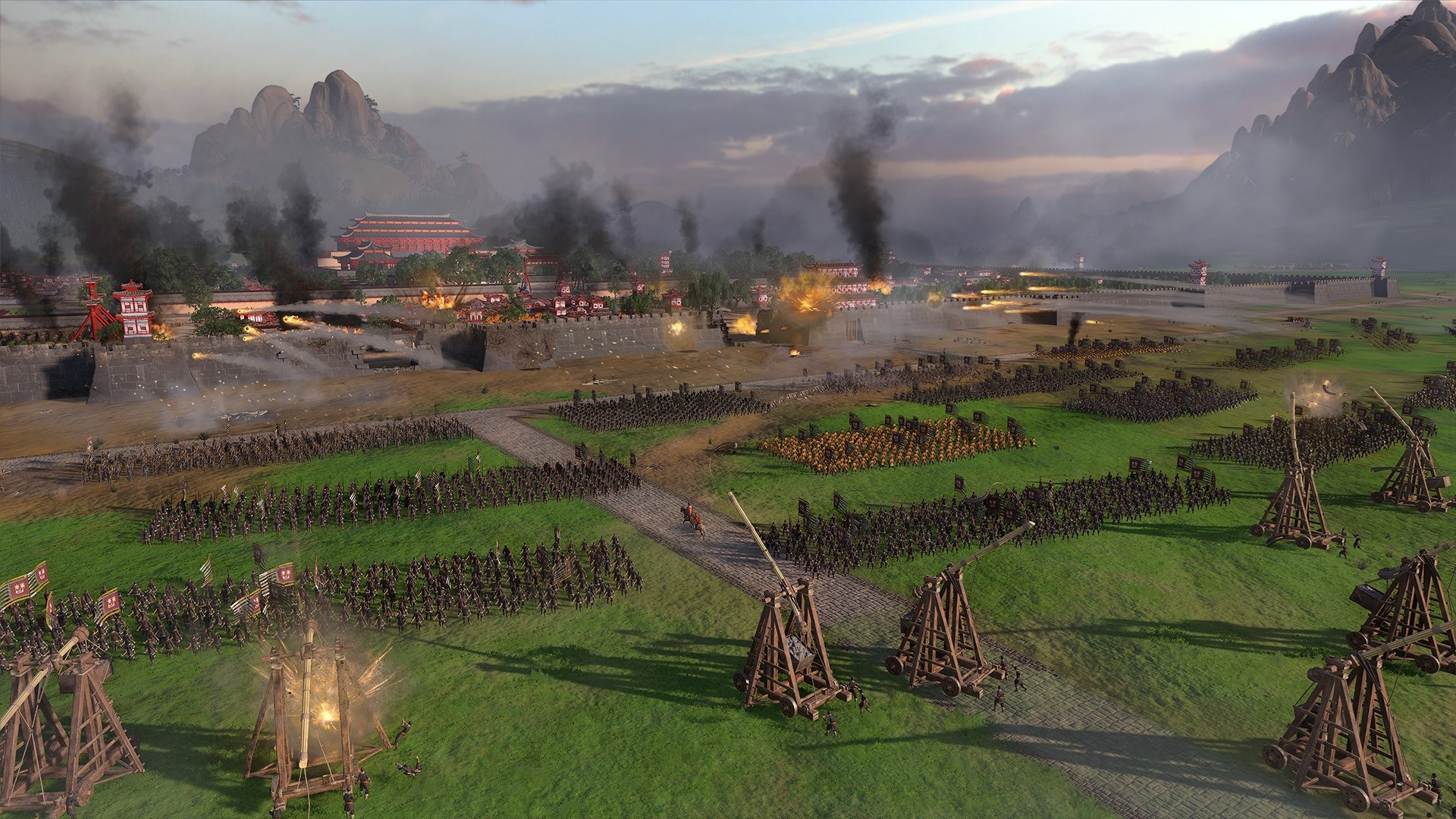 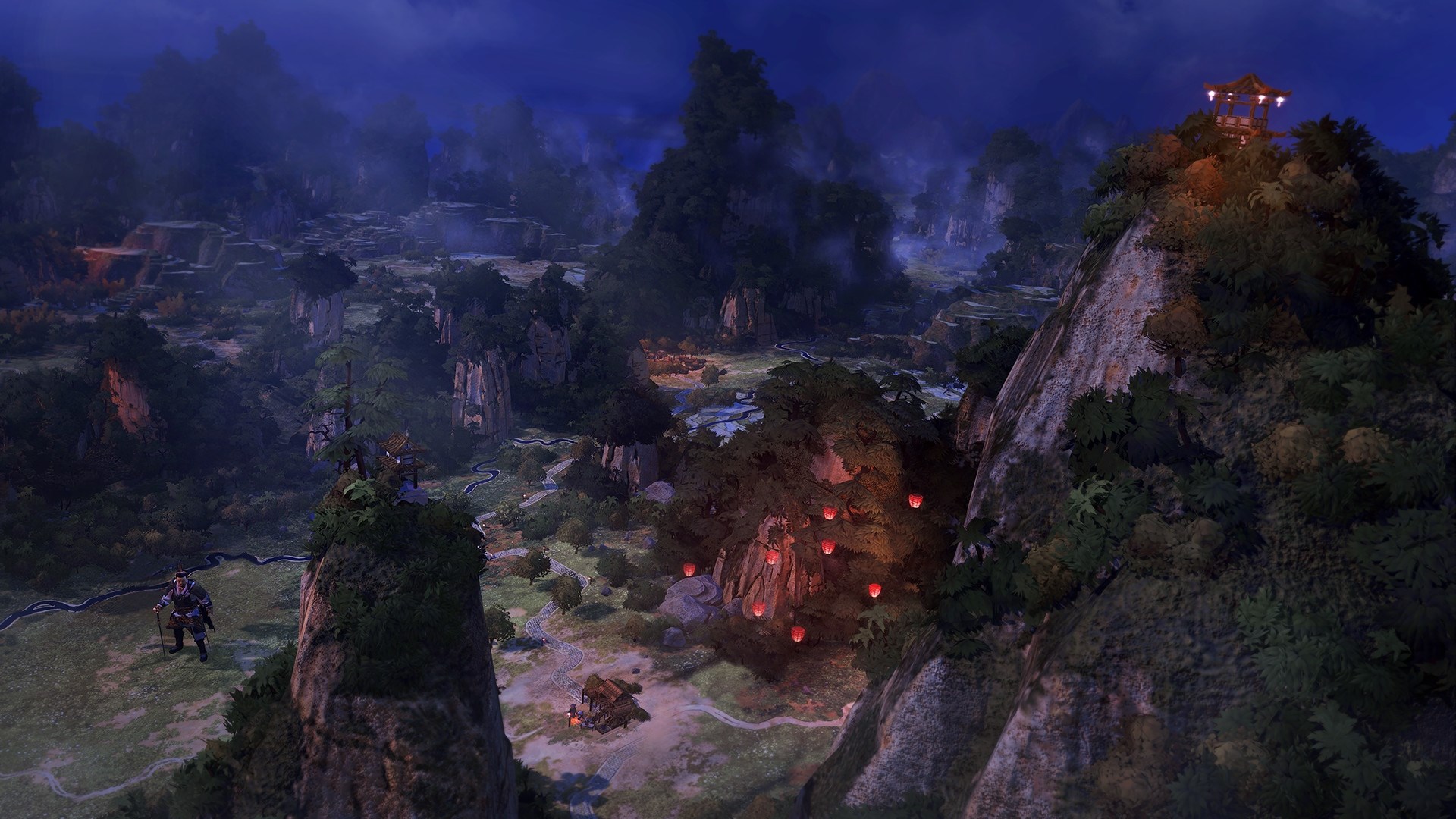 Description:
Total War: THREE KINGDOMS - this game from the most popular strategic series is devoted to the legendary military conflict in ancient China. The era of legendary heroes and the traditional for Total War combination of epic real-time battles and a deeply developed turn-based campaign awaits you. China, 190 AD Welcome to the new era of great conquests. This beautiful country is divided and fragmented. She needs a new emperor and new ideals. Combine China under your rule. Become the ancestor of the great new dynasty, whose legacy will exist for many centuries. Choose one of the twelve famous military leaders and make the rest submit. Recruit to the service of great heroes. Defeat enemies in the economy, in development, in political intrigues - and, of course, on the battlefields. Will you make strong alliances, bond them with friendship and make sure that the enemy treats you with respect? Or will treachery, intrigue and betrayal become your weapon on the way to victory? Starting from scratch, you will write your own legend. The legend of the great conquests! ANCIENT CHINA IN THE WHOLE CRASETLearn up China during the Three Kingdoms era - a huge and strikingly beautiful country. Fight in green subtropics, in arid deserts and at the foot of snowy mountains. You are waiting for the legendary sights of the Middle Kingdom, like the Great Wall and the Yangtze River. All ancient China is at your feet. To defeat discord and restore harmony, you will have to proceed it along and across. THE GREAT LEGENDS OF CHINA Construct a new empire, taking the role of one of the eleven legendary warlords, characters of the great Chinese historical novel "Three Kingdoms". Unsurpassed commanders, mighty warriors, wise politicians - all these heroes have unique goals and a special style of play. Lots of secondary characters are ready to serve you, lead your armies, lead your provinces and strengthen a growing empire. Characters are the heart of this game. China’s future is in the hands of its great heroes. GUANXI SYSTEM The relationship between the characters of Total War: THREE KINGDOMS is based on the concept of guanxi, dynamic social connections, thanks to which every action of yours can have far-reaching historical consequences. Each of the characters has a unique personality, motivation, likes and dislikes. Relations between them are formed, positive or negative - but always momentous. AESTHETIC PERFECTION and art of war. In THREE KINGDOMS, this expression finds its true meaning due to its excellent graphics and spectacular wushu fights. Add to this an excellent interface, spectacular landscapes, authentic visual design ... Ancient China, recreated in the game, will delight the eye with every aspect. THE HARMONY OF FIGHTS IN REAL TIME AND THE STEP BY THREE KINGDOMS is a step-by-step campaign and real-time battles are more closely connected than before either earlier in the Total War series. Now actions in battle have far-reaching consequences - they influence the attitude of the heroes towards you and towards each other. Powerful allies are the key to victory in this world. We can say that the new mechanics adds to the already developed gameplay another dimension. Developed by Creative Assembly and published by SEGA. Total War logo and Total War logo of the Creative Assembly Limited. SEGA and the SEGA logo are either registered trademarks or trademarks of SEGA Holdings Co., Ltd. or its affiliates. All rights reserved. SEGA is registered in the U.S. Patent and Trademark Office ..

THE WITCHER 3: WILD HUNT GAME OF THE YEAR XBOX🔑KEY