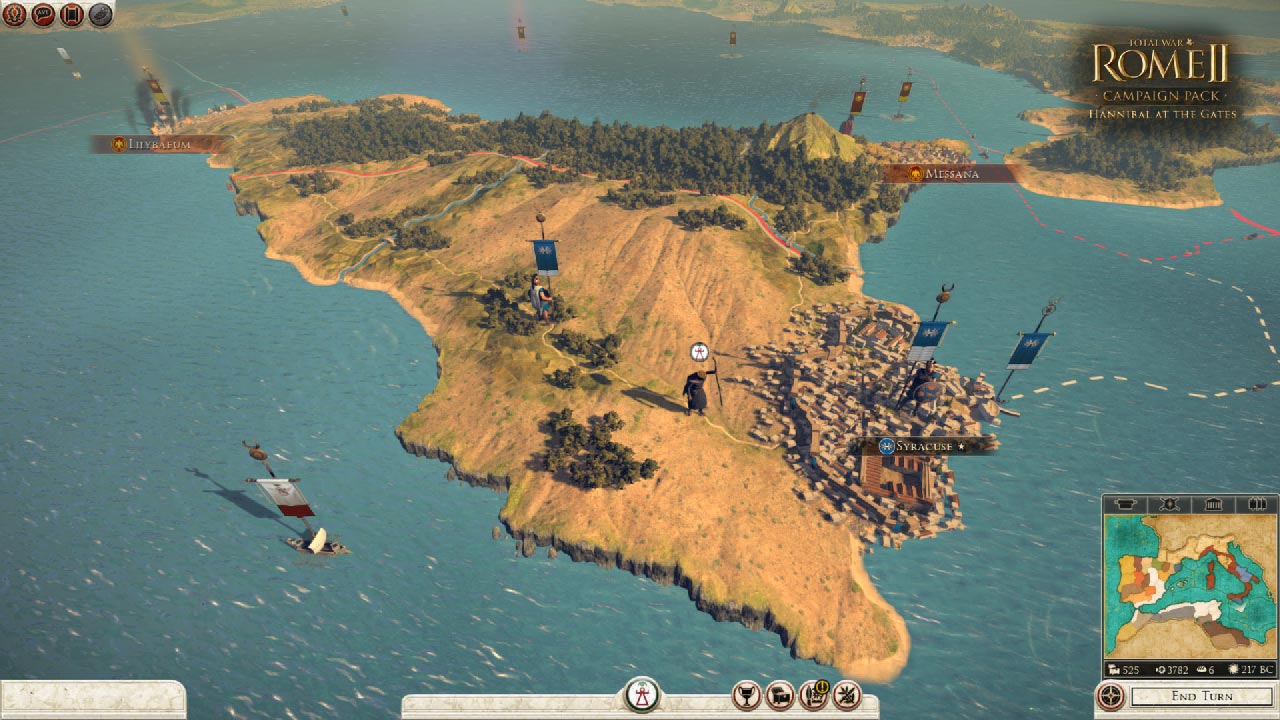 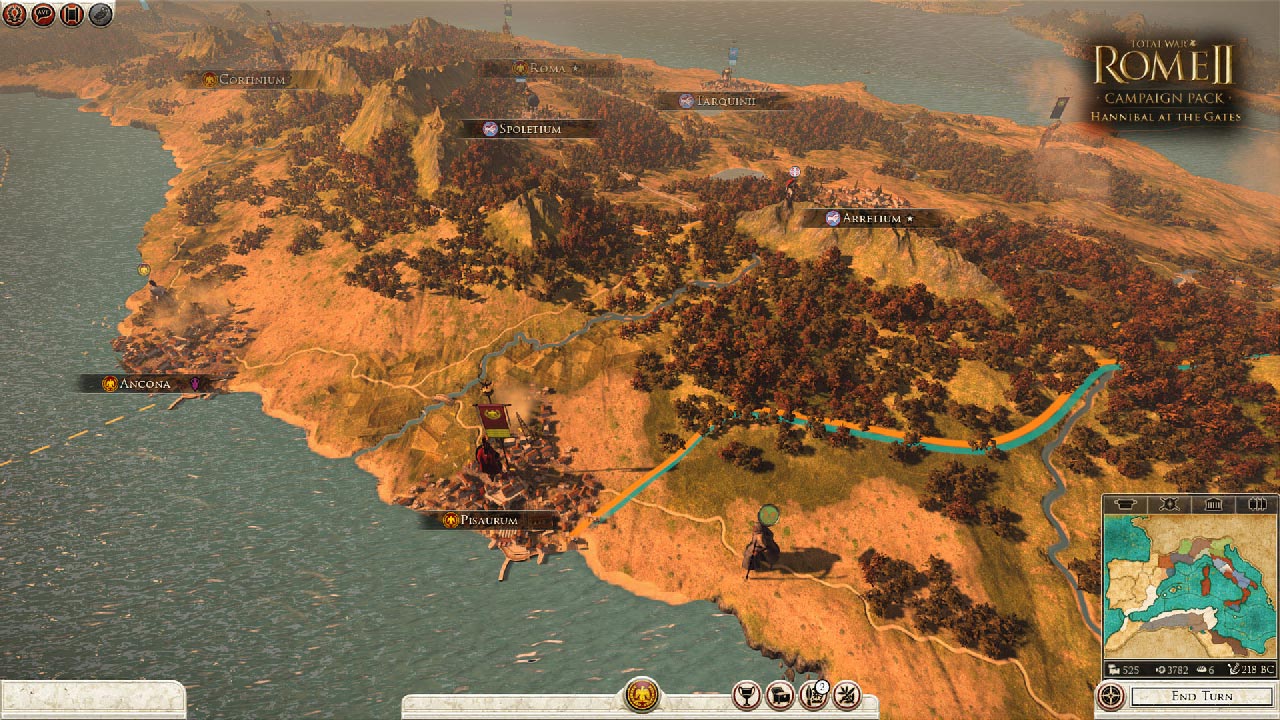 In the Hannibal at the Gates campaign, players will find themselves in the Western Mediterranean before the start of the Second Punic War. This campaign focuses on the period that led to the all-consuming war between the two superpowers of the ancient world - Rome and Carthage.

In what became one of the most famous conflicts in history, the tactical geniuses of two great generals, two sworn enemies, Scipio and Hannibal came together. Can you repeat their military successes or surpass them? How will you change history?

You can go to war for Carthage or Rome, take charge of the glorious Greek city of Syracuse, or, for the first time in ROME II, play as the Iberian peoples of the Arevaci or Lusitanians.