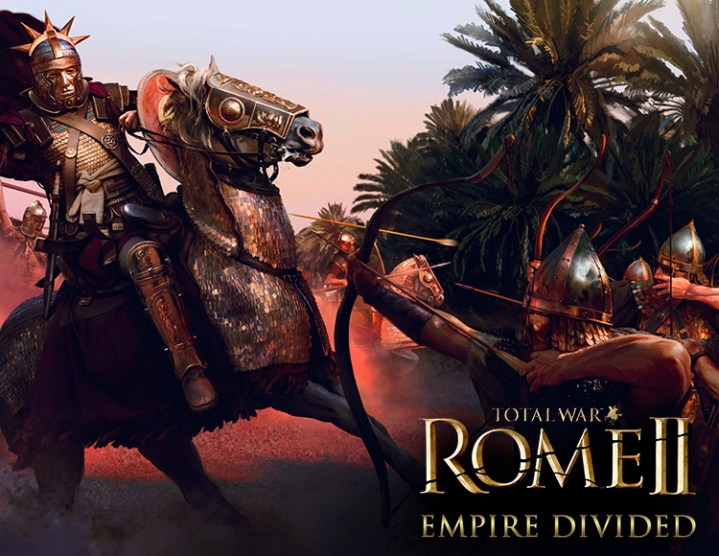 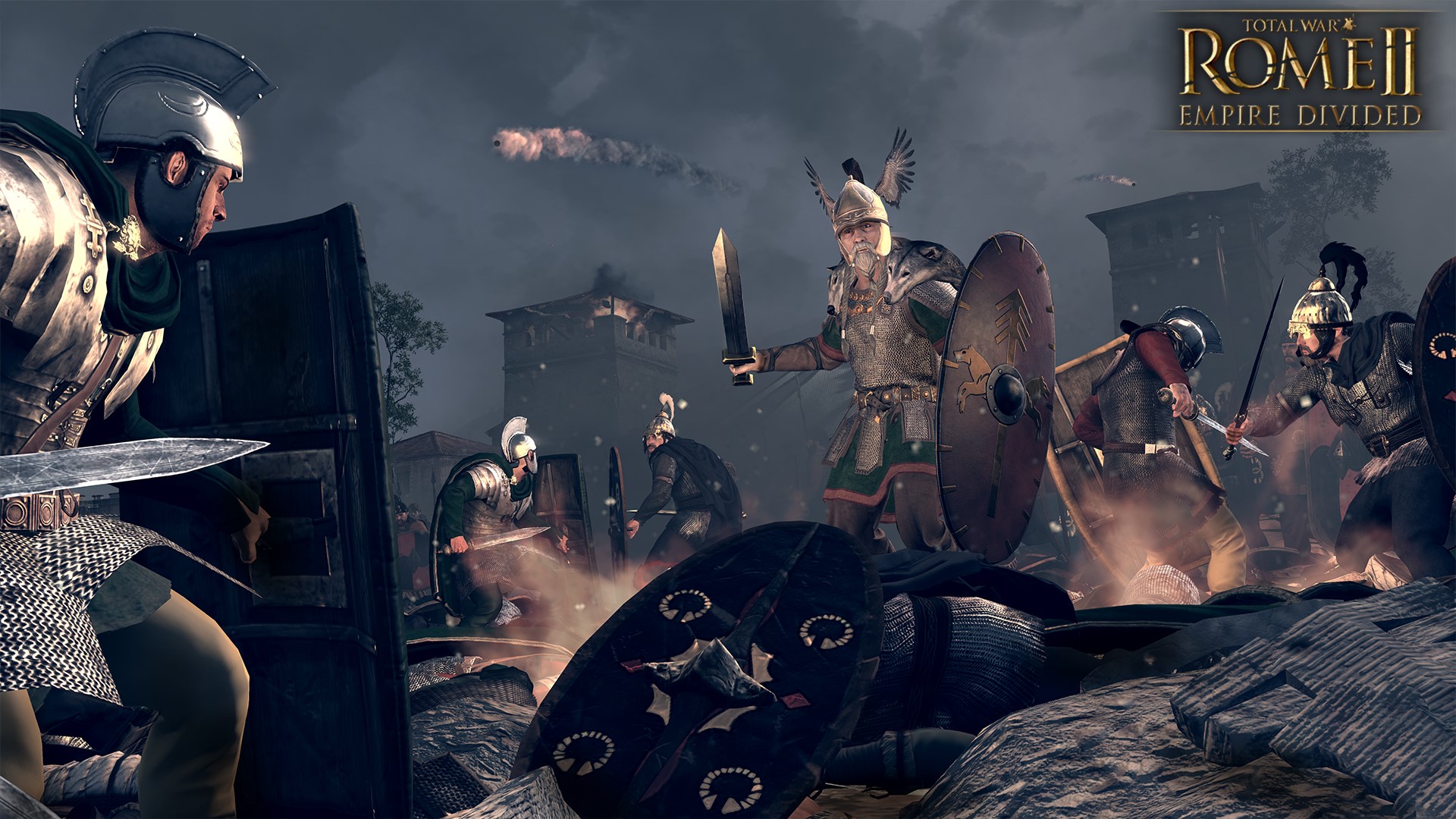 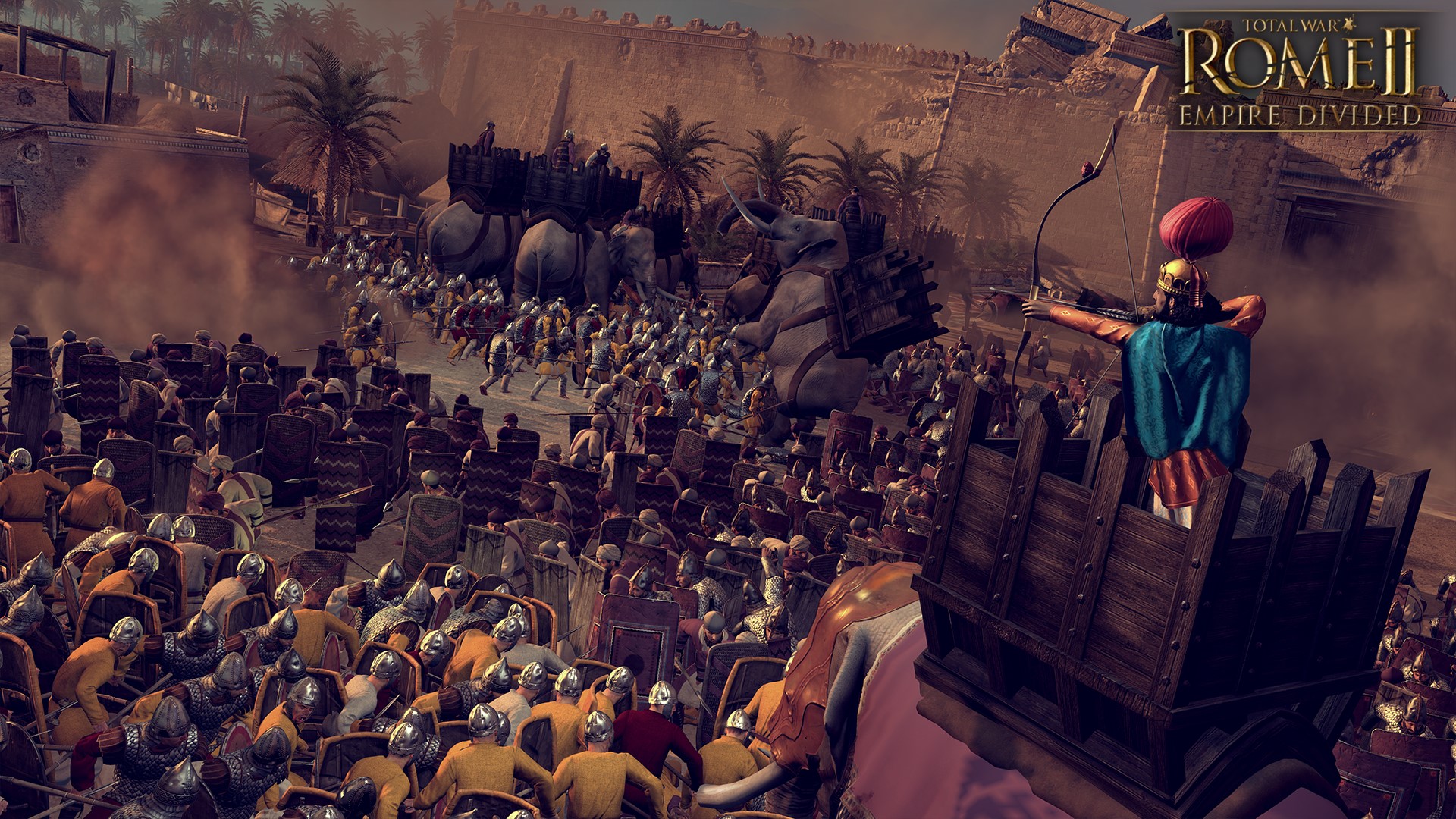 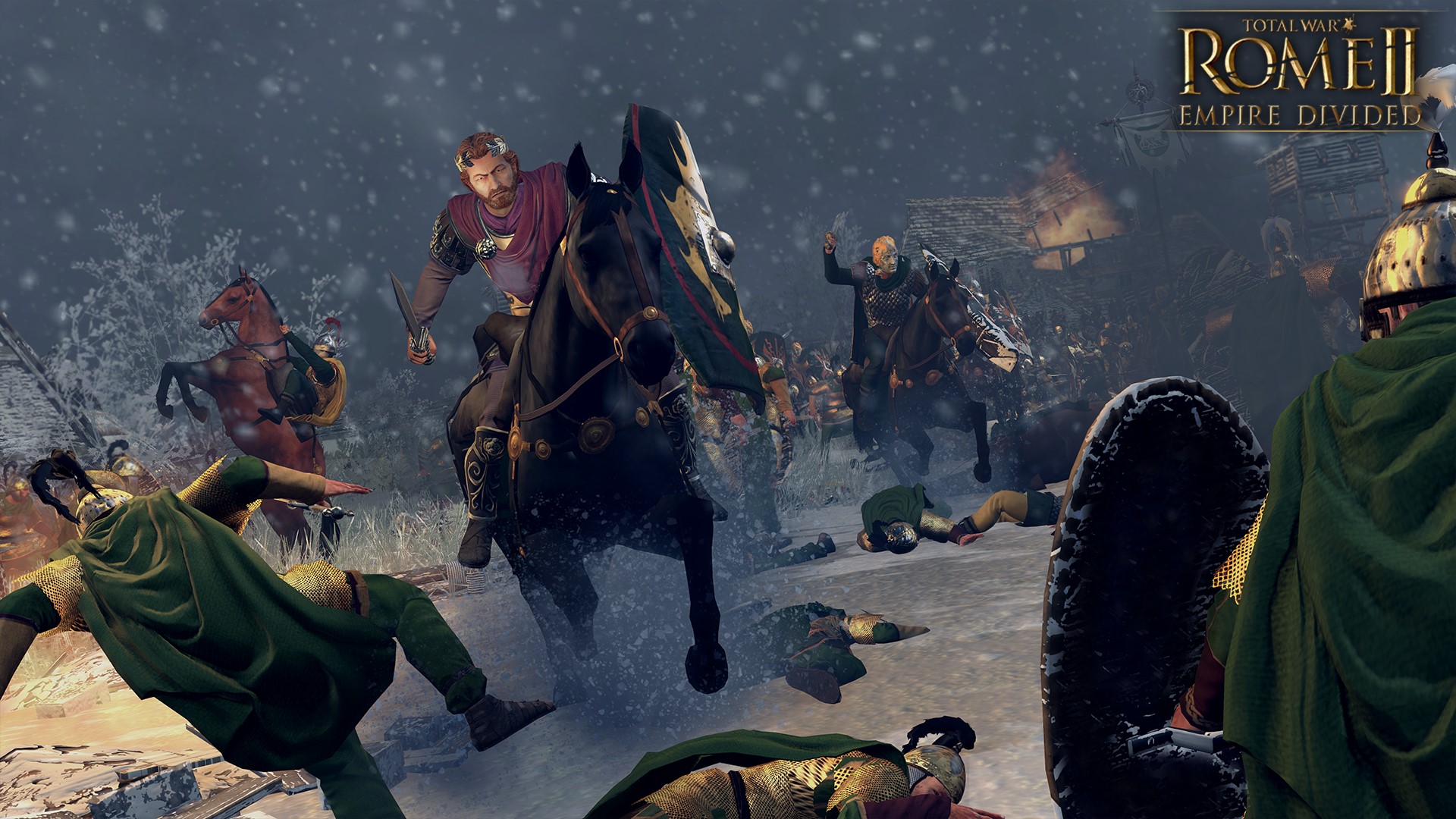 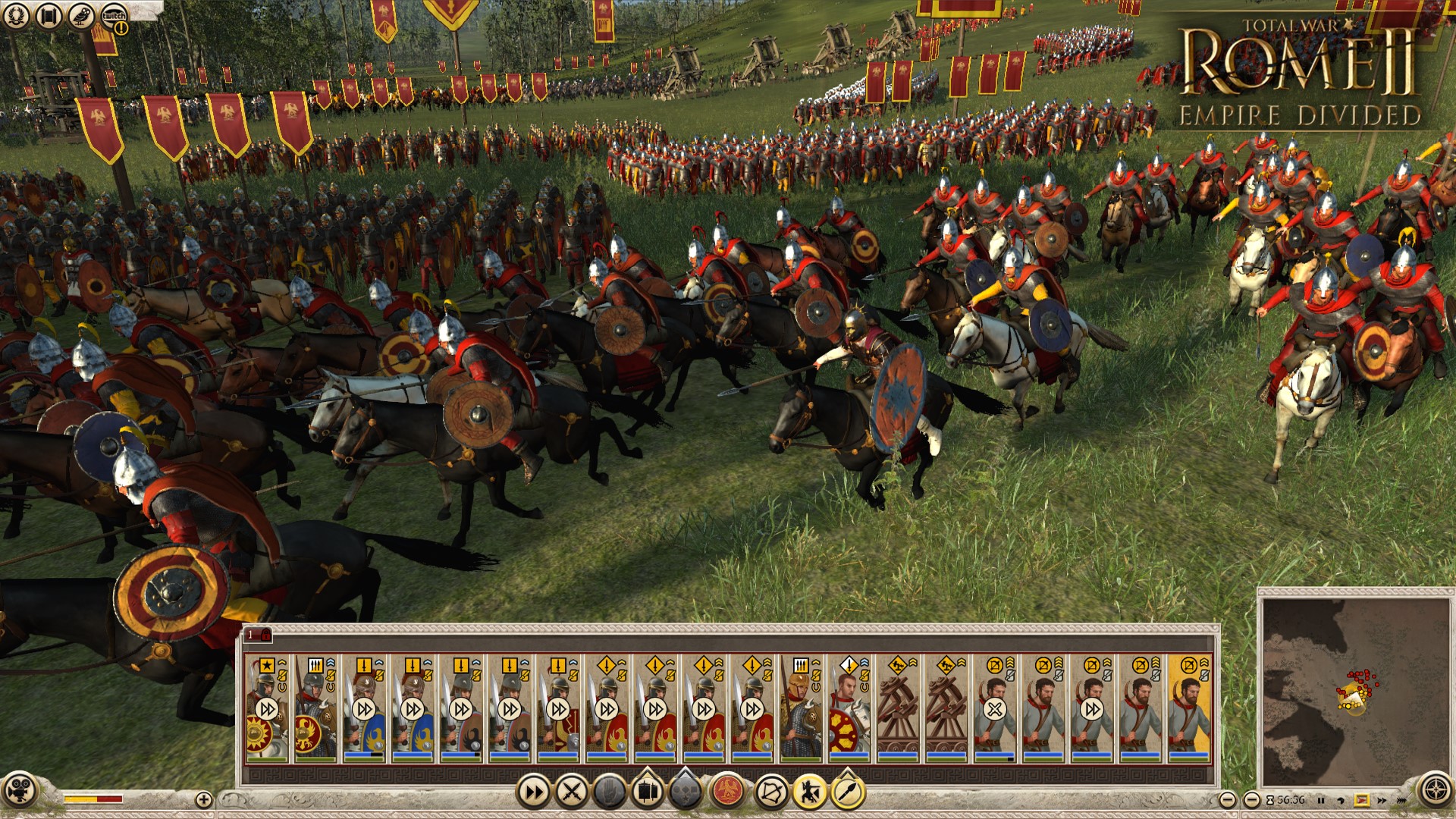 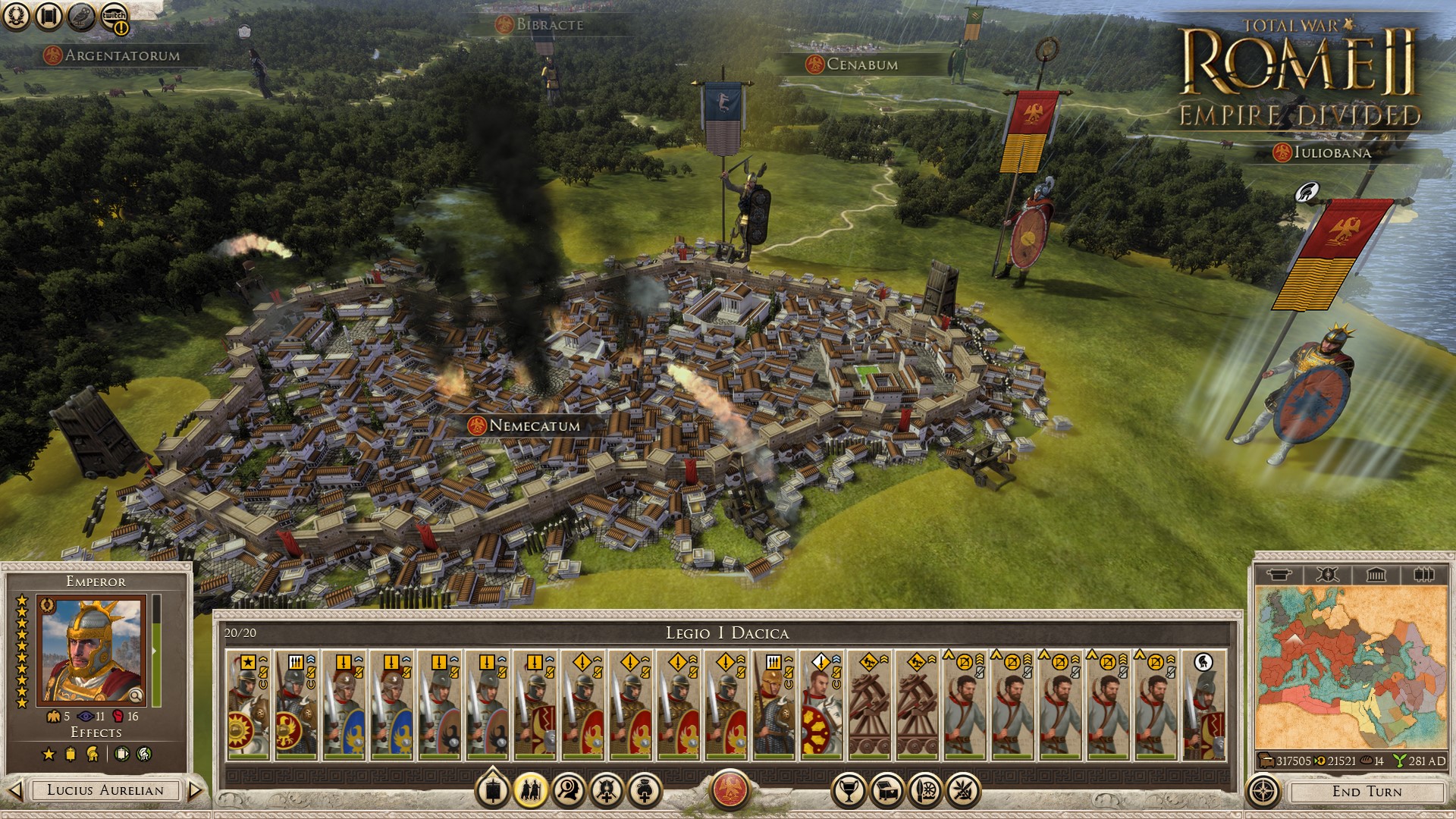 Description:
Attention! To run requires the presence of the game Total War: ROME II.
A new set of epic campaigns for Total War: ROME II.
Move in the time of the crisis of the third century AD - a turning point in the fate of Rome.
Play for one of the ten factions belonging to one of five cultural groups.
New heroic factions with carefully thought out conditions for victory, famous leaders and chains of events.
New events, dilemmas and tasks for each period of time.
New elements of the campaign: epidemics, cults and robbers.
Modified technologies and new unique buildings.
There is 270 year of our era. A series of inept emperors and power-hungry usurpers led the Roman Empire to a global economic crisis. Such a decline the empire did not know yet. Using the weakness of Rome, the tribes of the barbarians gathered on its borders, ready to plunder the rich lands of the civilized world. In the east, the Sassanids began a great conquest, the main goal of which is to seize the possessions of Rome. Only the stamina of the defenders of Palmyra restrains their onslaught. The queen of Zenobia holds resolutely - but how long will it last? Invincible legions in their time are forced to defend themselves: their forces are melting. Alas, the time is now against the Romans. However, there is still hope. Aurelian is ready to take the reins of the empire in their own hands, but the task facing him seems impossible ... Will you be able to unite the split empire and restore Rome to its former glory? Or will you witness its final fall? Fractions in the game: Culture: the split Roman Empire Cultural features: Defenders of civilization. The fighting spirit of all units in the battles on their own or of the allied land: 15%
True Rome. The Roman factions receive a large fine to diplomatic relations with other Roman factions
RimLider: Aurelian Faction features: Iron fist. Resistance to foreign occupation: -50%
Camp system. Range of movement for all armies: 15%
Gallic RimLider: Guy Tetrik
Features of the faction: Romanization. The growth of public order for Roman culture (maximum: 6)
Administrators. The cost of political action: -20%
PalmiraLider: Queen of Zenobia Features of the faction: Enlightened ruler. Speed ??of research: 20%
Piety. Number of robbers per cult building: -4 (all regions)
Culture: Germanic kingdoms Features of culture: A nightmare. There is always an opportunity to hold a battle at night
Robbers and hijackers. Income from raids and robberies: 150%
SachsLeader: King Sigerik Features of the faction: Wanderers. Range of movement of all fleets: 20%
The settlers. Cost of re-building: -50%
GothyLeader: KannabFeatures of the faction: The people of the horsemen. The cost of hiring all cavalry units: -20%
Blades of ancestors. Weapons of the 1st level for sword-armed troops after hiring (all provinces)
MarkomaniLider: King BurkhardFeatures of the faction: Tribes of invaders. The fighting spirit of all units in the battles with barbarian factions: 20%
The ambush squad. Chances for success in an ambush attack: 50%
Culture: Power of the East Features of Culture: Centralization of Power. Number of Thieves: -5 (all provinces)
The Silk Road. Income from all trade buildings: 20% (all regions)
SasanidesLider: OrmizdFarious features of the faction: Local dominance. Insignificant advantage in diplomatic relations with eastern factions and nomads
Asvaran. Onslaught for the whole cavalry: 20%
ArmeniaLider: Narse Faction features: Bodyguards from the nobility. Level of experience of the commander´s unit: 3
Orientation to the west. Minor improvement in diplomatic relations with all factions of the Romans
Culture: Nomadic tribes Cultu