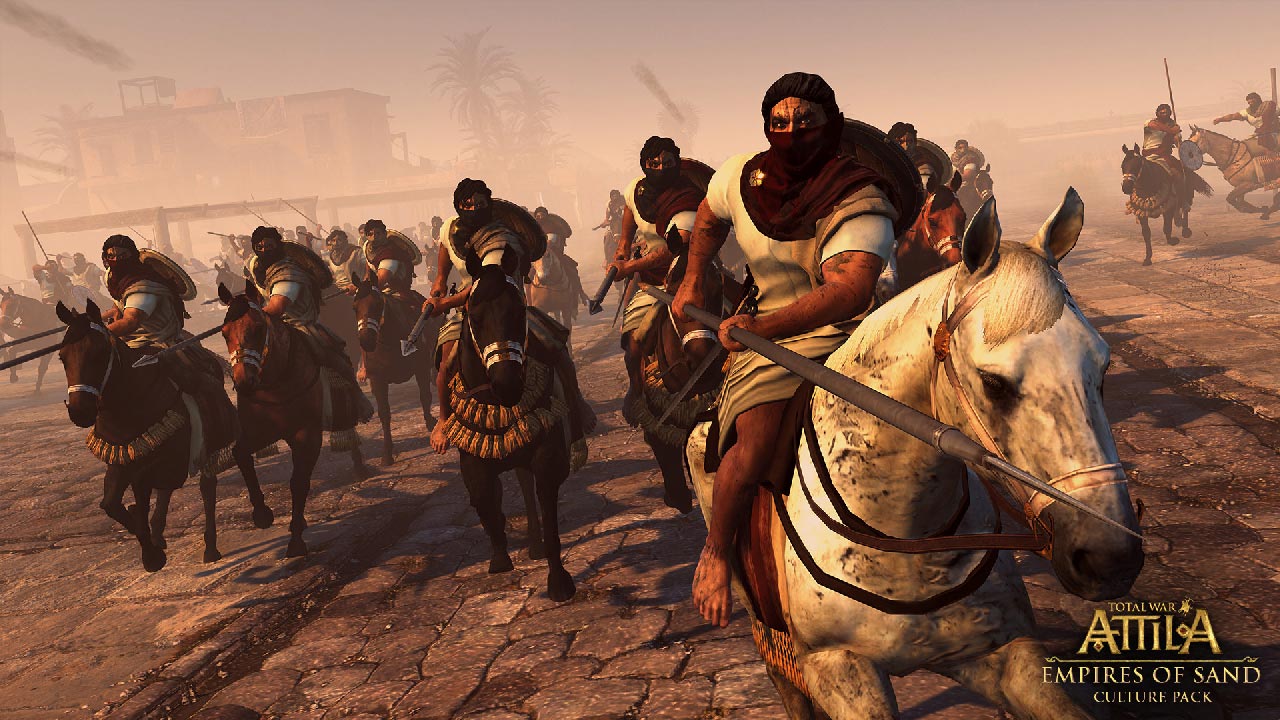 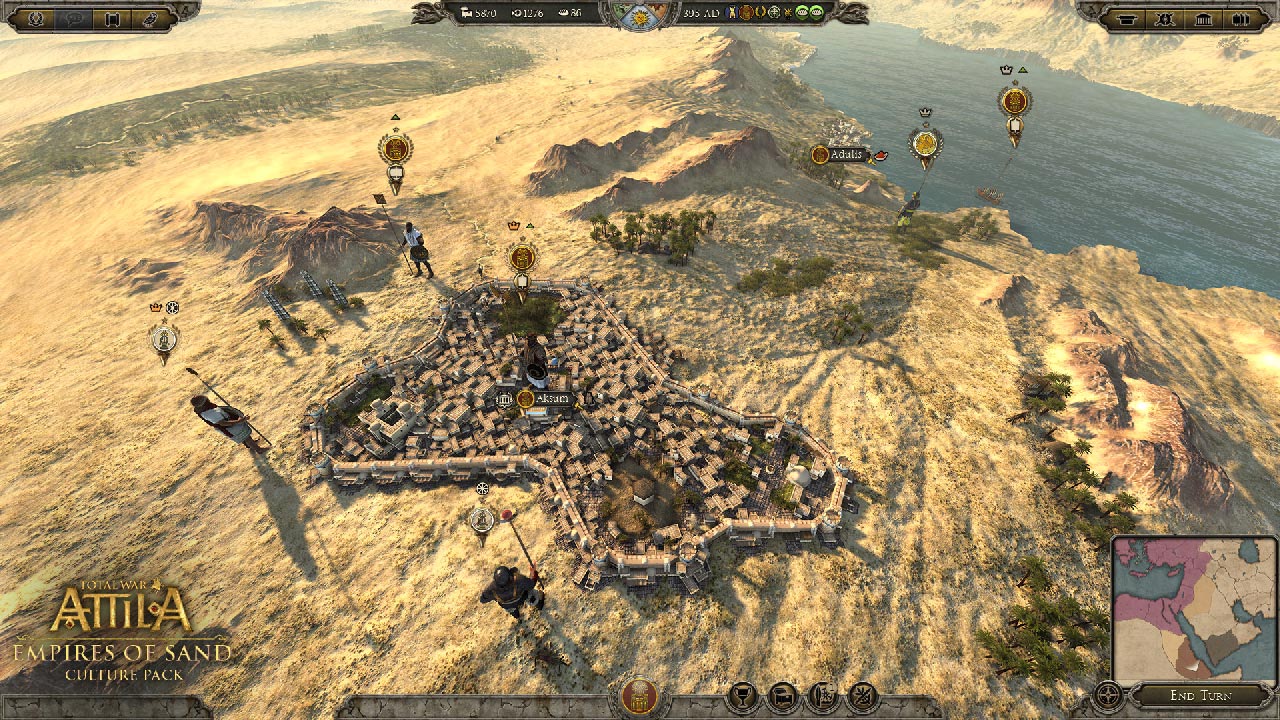 All factions from the desert realms have the following traits:
2 to sanitation in all regions
15 melee attack in desert combat
Desert casualty immunity

New Religious Features
Due to the significant impact that religious changes had on culture during this period, the Desert Empire expansion includes a number of innovations that increase the importance of religion. Three new religions have been added to the game: Orthodoxy, Judaism and Semitic paganism.

Building chains for two religions
The Aksumites and Himyarites have a chain of buildings for each of the two major religions. They can build these buildings regardless of the religion chosen for their faction. This allows players to exercise more effective control over the religion of their faction and change it according to the situation.

Level 5 barracks
For Aksumites and Himyarites, new level 5 barracks are available for each religion. To unlock the barracks, the faction must have 75 influence within the respective religion. Barracks provide three unique elite troop types each, and also unlock a number of campaign bonuses.

Victory Conditions and Achievements
Factions from the desert kingdoms have two variants of victory conditions depending on the main religion, which imply the presence of various types of troops and buildings related to this religion.

Chain of profitable buildings
Every non-horde faction from the desert realms has access to a new chain of production buildings, which brings in a lot of income, but reduces the influence of the main religion.

Religious Technologies
Every non-horde faction from the desert realms has a tech chain for major religions. They provide a range of religion and campaign related bonuses to help you make and optimize your religious choices.

Conditioned Religious Events (Aksumites and Himyarites)
Two new events have been added that occur when certain religious conditions are met and come with exciting dilemmas and missions.