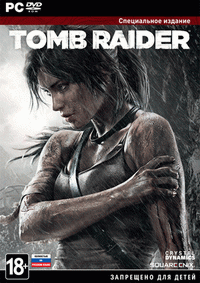 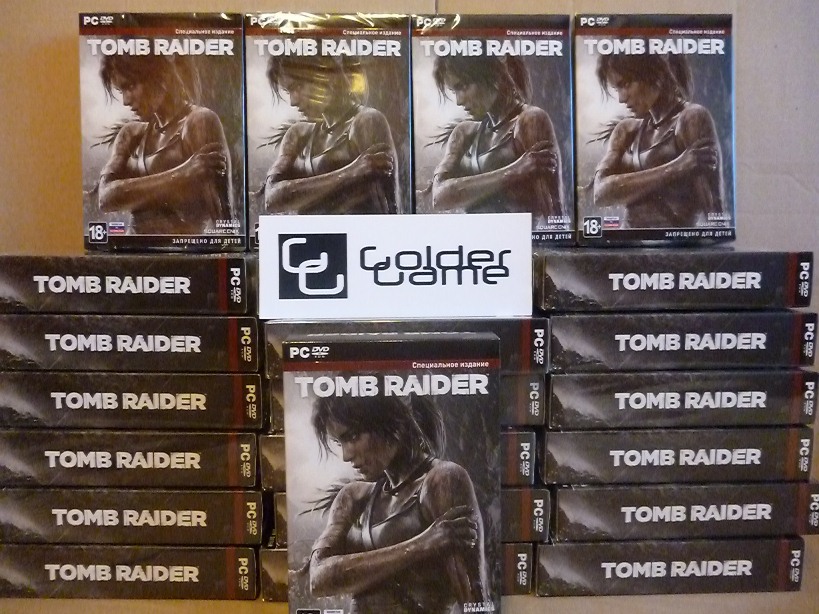 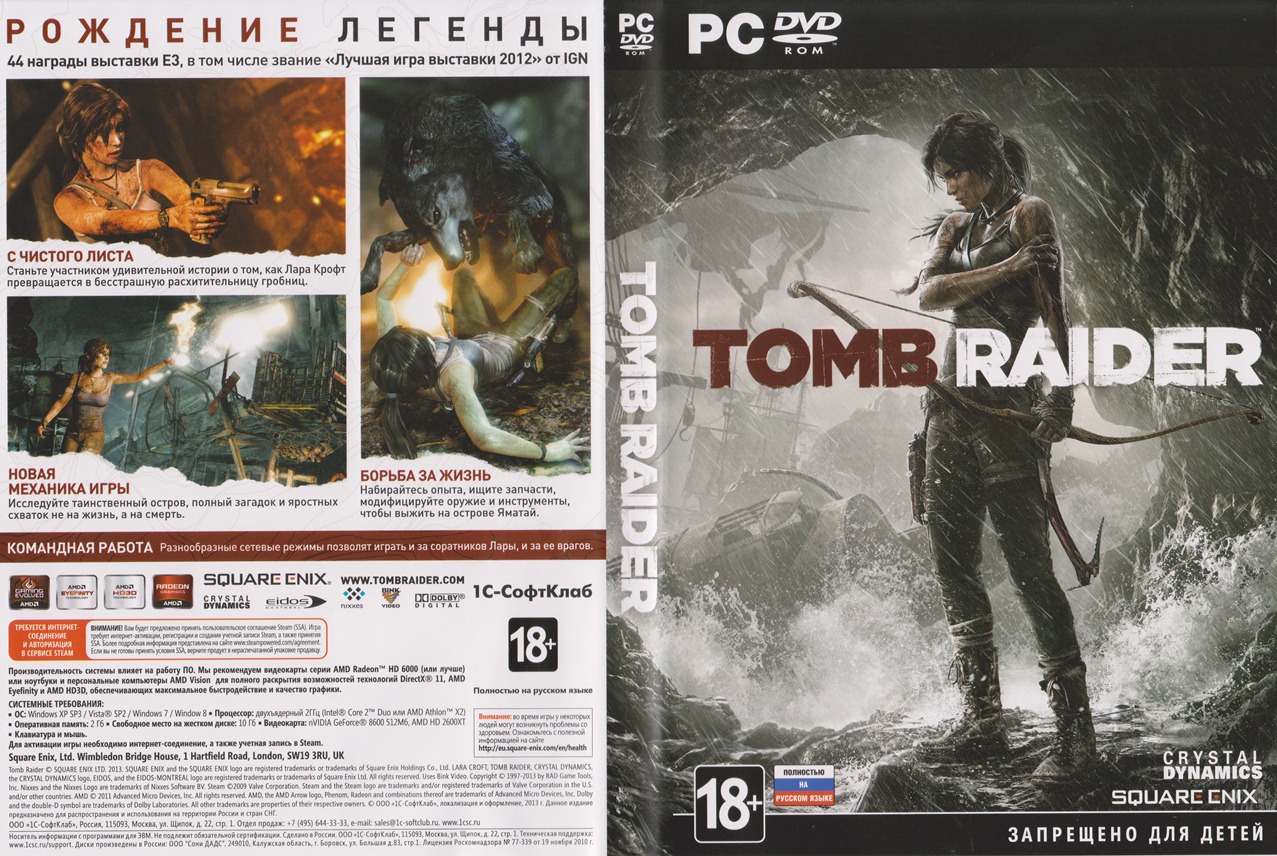 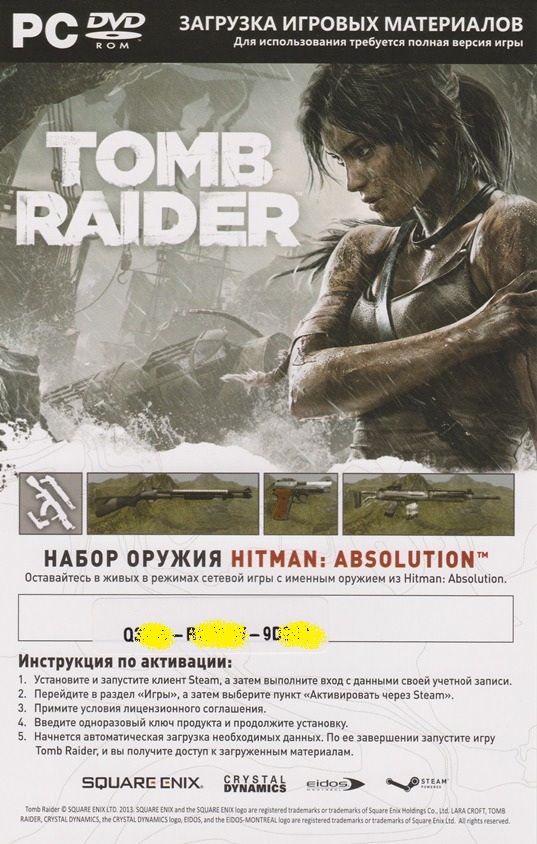 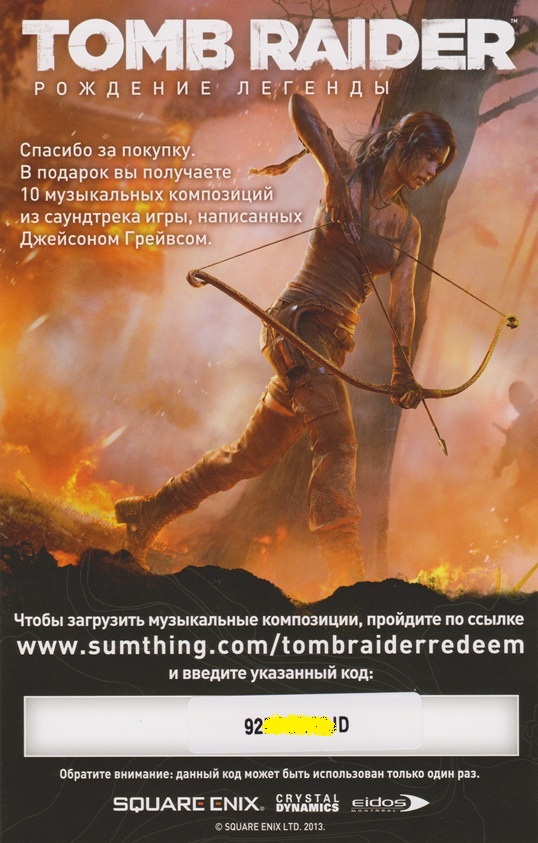 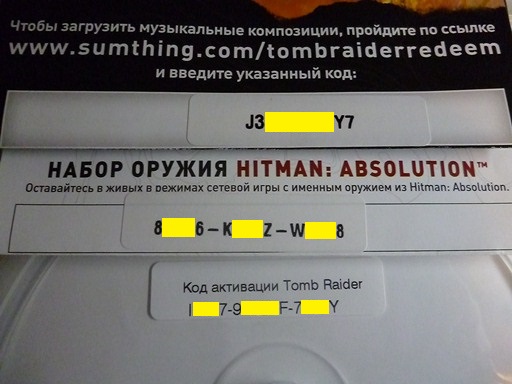 Paying the proposal, you instantly get a photo of the license activation key of the game Tomb Raider (Special Edition) by 1C-SoftKlab.

* COLOR PHOTO! The real picture confirms the legality of the game and eliminates errors when copying the key.

* PERSONAL COPY! One copy, and only you - we just opened the original packaging and photographed a registration key.


Lara Croft returns as a completely new character - her story has just begun. To survive on the island Yamatay, Lara will have to discover a side of such nature, the existence of which she was unaware. Realistic combat system, a huge gaming space, elegant puzzle and dark secrets. A variety of multiplayer mode will allow to play and colleagues Lara and her enemies.


Tomb Raider - one of the brightest projects of spring 2013, which marks the revival of the well-known cycle of video games about the adventures of treasure hunter Lara Croft, which dates back to 1996.


Tomb Raider in 2013 tells the story of the way of becoming famous heroine, revealing her character and allowing to trace the evolution of her personality. It´s really an adult, imbued with psychological story that keeps in suspense until the very end.

Rapid fight with the enemies - and melee, and the use of weapons, the ability to use cover, interesting puzzles, the need to study the natural world, as well as role-playing elements aimed at developing the skills of the heroine - Tomb Raider gameplay is varied and fascinating.


For the first time in the history of the series Tomb Raider game implemented a multiplayer mode. Split into teams, players will be able to compete in agility and accuracy. Sharpness and unusual gameplay will give an opportunity to use a variety of weapons in addition to the trap.

In our country, the game comes out entirely in Russian, and has regional restrictions.


Every customer we give a gift - guest key to Diablo 3. You need to leave your positive feedback and send to our mail a request "I want to present." The gift will send a return letter.


Every third customer (in random order), we give the occasional game for STEAM / ORIGIN. To do this, leave your positive feedback and wait for a gift in the mail if you win.

If you buy just 3 gifts, you are guaranteed to receive an extra game. To do this, leave reviews for all three purchased keys and contact the operator.


The shares do not participate wholesale buyers and buyers with a total value of purchases over $ 500.


Thank you for choosing us!

EvE ISK - We are looking for suppliers!