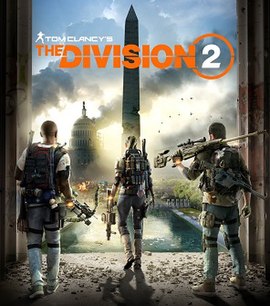 OnePlay information about the seller and his items

Tom Clancy´s The Division 2 is a multiplatform computer game in the TPS genre, the second in a series from the game series The Division, developed by the Swedish studio Massive Entertainment and published by Ubisoft.

Gameplay
The events take place six months after its predecessor in Washington, DC, in which a civil war broke out between the surviving and the villainous groups of marauders. In the game, players can cooperate with each other to achieve goals. The game will also involve raids, which can be performed by up to 8 players at once.

You will purchase only the digital key itself. Land delivery of the flyer is not carried out.
WARRANTY TO ACTIVATE THE KEY 24 HOURS, please do not try to return the key in a week´s time, etc. Keys are not suitable for resale

THE DIVISION 2 GOLD which is not in Ubistore yet (+CN)