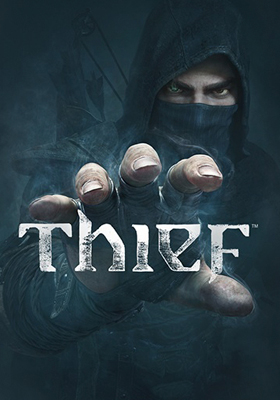 Sold: 0
Uploaded: 04.04.2014
Content: thief_2014_1.txt 0,02 kB
Loyalty discount! If the total amount of your purchases from the seller GDKey more than:
If you want to know your discount rate, please provide your email:

GDKey information about the seller and his items
offlineAsk a question

Welcome to the City. A place in which to survive only scoundrels and cynics. The place where you learn to steal to survive .. And then you begin to live to steal.

Thief - is:
★ A new game from the studio Eidos-Montreal, the creators became a cult Deus ex. Human Revolution.
★ Restarting the famous franchise, which has become popular among millions of players around the world.
★ Stealth-action in the first person, in which players will master the difficult craft of the Master Thief. Along -spasti City of tragic death, to find out the dramatic circumstances of his past, and to facilitate the pockets of local fat cats.
Features:
★ gloomy, gothic world of the city, whose architecture is inspired by the Victorian era, and manners reminiscent of the Middle Ages the Dark Ages.
★ Unique game mechanics -Each level can go several ways, depending on the desires of the player.
★ Game scenario written by Rihanna Pratchett - famous writer, responsible, inter alia, for the storyline of the last game in the series Tomb Raider.
★ rich arsenal, allowing to solve game problems in various ways-from the murder of the guards to stealth penetration without a rustle.

How to start playing Thief:
• If the Steam client is not installed, download and install it.
• Log in to your Steam account, or register a new one if you have not already have it.
• Go to "Games" and there select "Activate via Steam».
• Enter the activation key (to obtain it is necessary to buy a Thief).
• After that, the game will appear in the list, and you can download Thief.