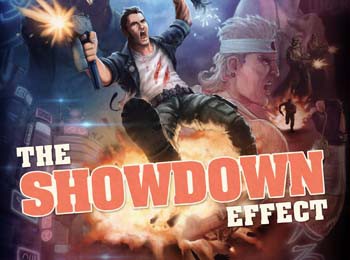 @MediaSoft information about the seller and his items
onlineAsk a question

After payment you will immediately receive a key to activate the game The Showdown Effect Steam system and the inclusion of all network functions of the game.
The Showdown Effect Key has no regional restrictions - REGION FREE, and can be activated in any country. Language game - English, German !!! Russian language is not in the game !!!


The Showdown Effect - is a game in the genre of action, which is positioned as a 2.5D multiplayer. By creating it, the developers were inspired by movies 80-90s, who are united by one story line: the champions from different eras, eras and cultural areas came together to fight for everything that they have. In this game we are asked to do the same: using the most variety of weapons, participating in fun battles in a variety of environments, we need to win.


• Up to 8 players in a multiplayer game

• The in-game streaming through Twitch.tv

• 6 cliche characters, each with unique abilities

• Customizable rules to create their own game modes