The self-will of the Izhitsa: verses 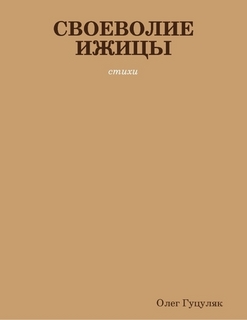 goutsoullax information about the seller and his items
offlineAsk a question

Izhitsa (Ѵ ѵ) - the last letter of the pre-reform Russian alphabet; denoted a vowel sound [and] in a few words of Greek origin (mro, sodod). It comes from the Greek letter υ (ipsilon, "simple" y "- as opposed to the composite one, expressed by the digraph ου.), Which, in turn, comes from the Phoenician letter -" vav ". The sixth letter of the Hebrew alphabet. In Hebrew, it denotes sounds [in], [o] and [y]. The letter ו at the beginning of the word means the connecting union "AND". In biblical texts very often the ו union is used as a turn: the future time √ transforms into past time, and the past into the future. Gematria of the letter ו is equal to 6. The numerical value of the izhytsa in the Old Slavonic Cyrillic is 400. Actually, the Izhytsa was used extremely rarely in the oldest written language, but in combination with O in the Greek sample (ου) gave the signifying sound [y] digraph, which in both Slavic alphabets is considered a single letter.

Related to item "The self-will of the Izhitsa: verses":