The Night of the Rabbit: Premium Edition Steam Gift/ROW 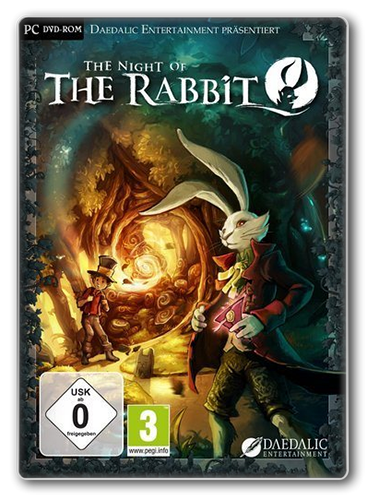 VHadim information about the seller and his items
offlineAsk a question

The Night of the Rabbit is another beautiful cartoon adventure from Daedalic Entertainment. Like so many other projects coming out of the pen of the German developer studio, The Night of the Rabbit has a so-called bottom of the second, has a philosophical background and makes you wonder. This is not to say that the game is only for adults (in the best sense of the word). She and the kids like it, but not the fact that the kids understand all the ideas contained in The Night of the Rabbit. So, what is the game? The story is this. There was a twelve year old boy with a funny name Jerry Hazelnut (Jerry Hazelnut), currently living but not much grieved, quietly dreamed that someday will be a real magician. In general, the most common was a child. But why ordinary? Most do not even have. He dreamed of becoming a magician is so strong that it does not go unnoticed ..

Features:
The new cartoon adventure from the studio Daedalic, created the game "Deponiya" and "The Missing Peace."
Magical World Myshelesya open to study and travel.
An exciting and touching story writer Matt Kempke.
Charismatic characters fairy forest dwellers.
-------------------------------------------------- -----------
Gift it is impossible to give and add to itself in an inventory, only activating on the account.
game (Gift / link) activation is added directly to the library, in the inventory can not be put off ...

Activation link Humble Bundle
If not installed Steam client, download and install it - http://steampowered.com/download/SteamInstall.msi
• Log in to your Steam account, or register a new one if you have not already have it.
• obtained after the payment link, you must insert into your Internet browser, then go for it.
• Press the "Steam" (It is under the name of the game!).
• Go to the link: "connect to Steam!" and log in to Steam.
(If you have a link that says: "redeemed to this account", then you´re already logged into Steam and the game was added to your profile!)
• The game will be activated on your account Steam, and also appear in the list of games and you can download it.
• Start the game you will be able to immediately after installation.

Related to item "The Night of the Rabbit: Premium Edition Steam Gift/ROW":