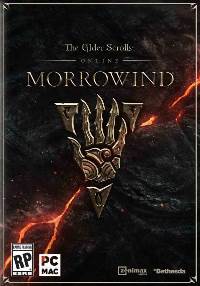 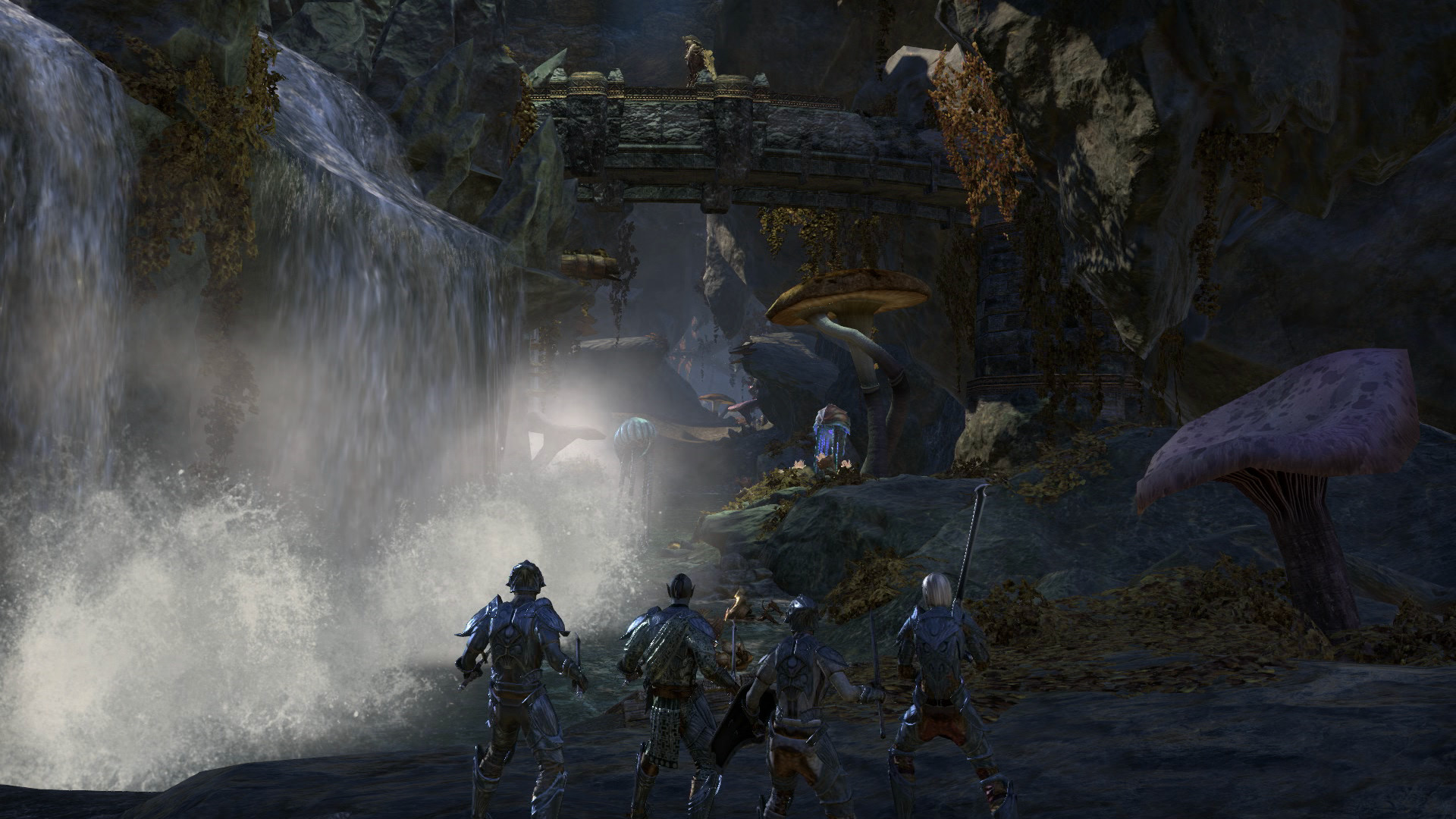 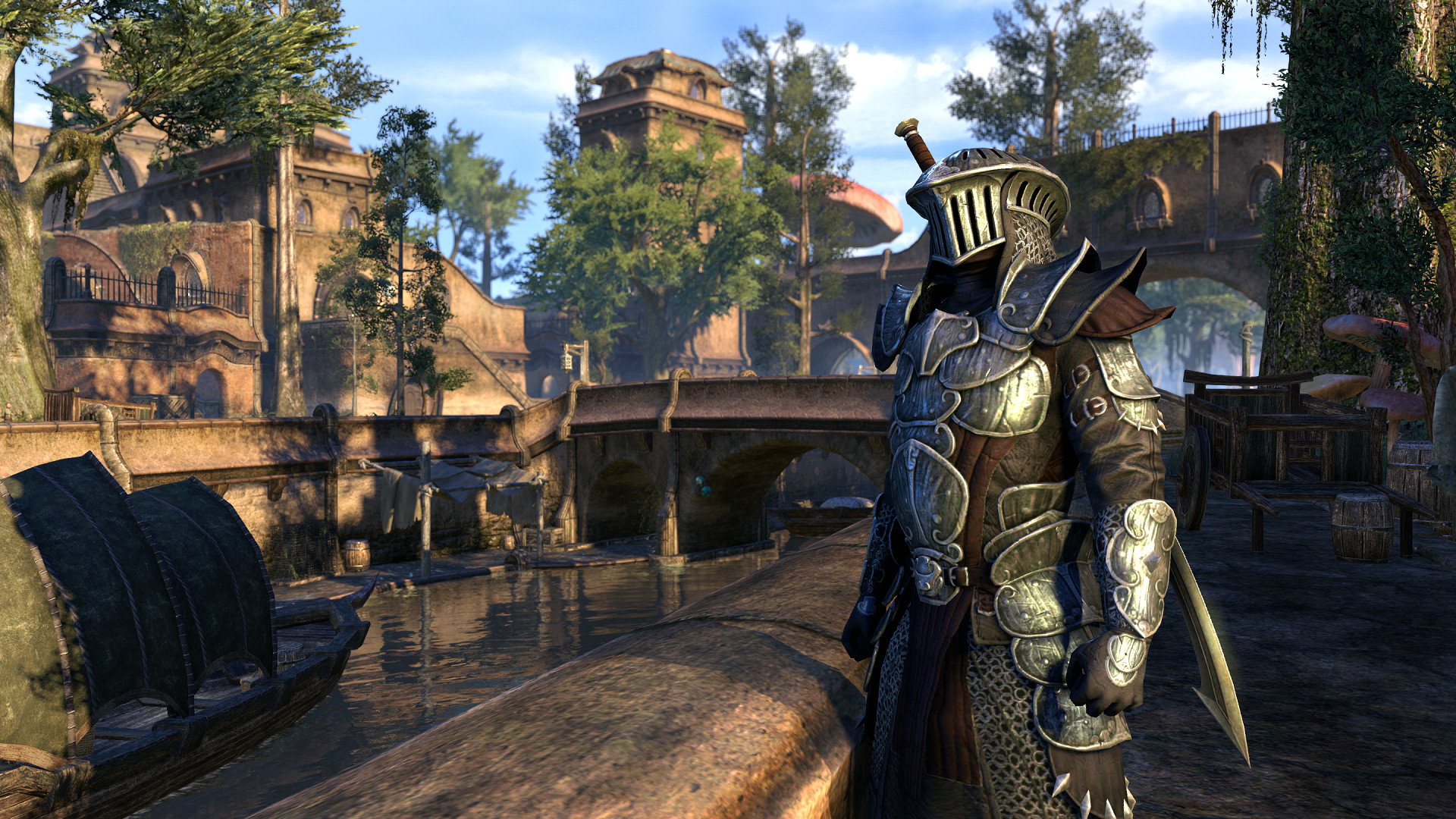 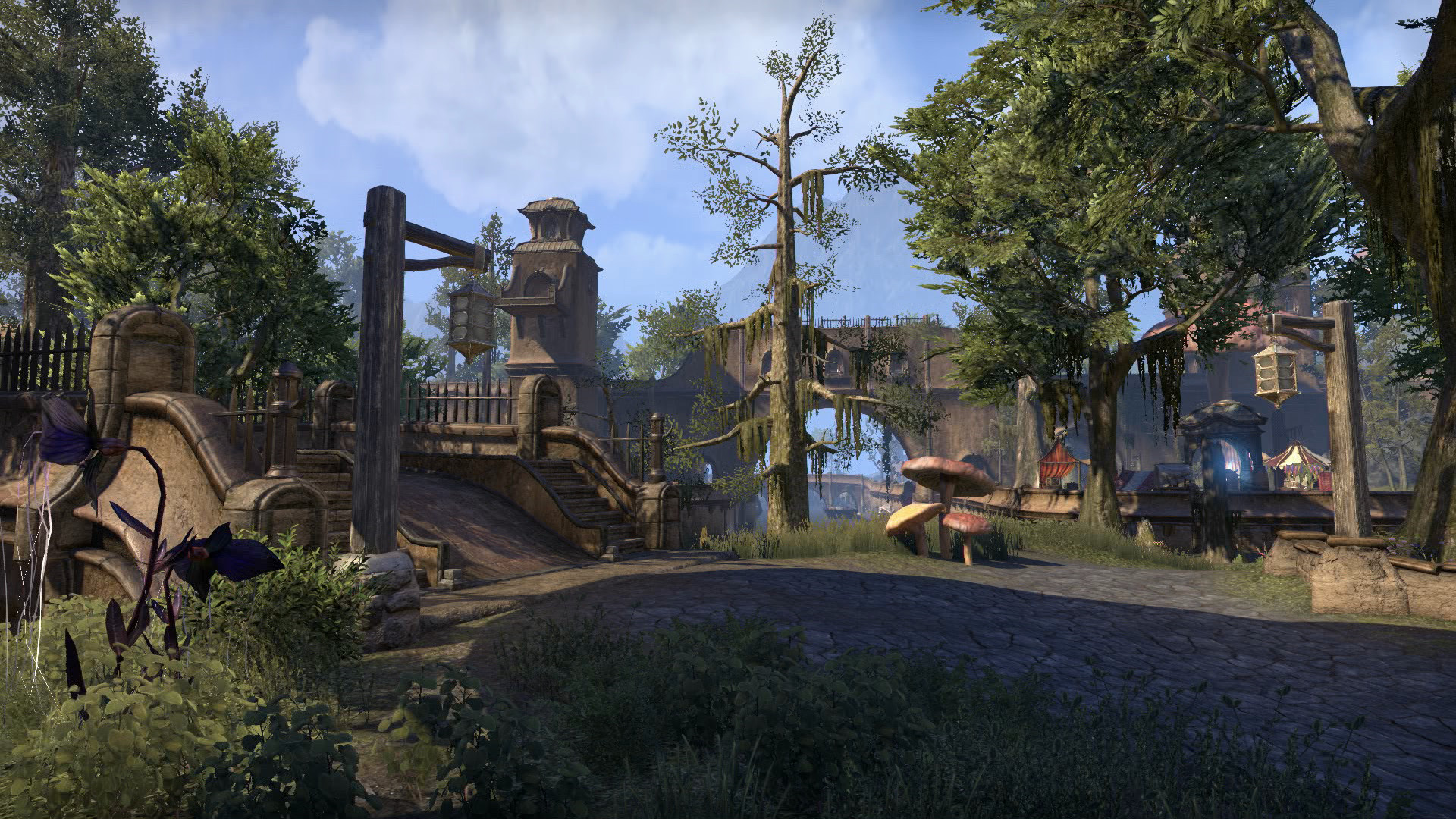 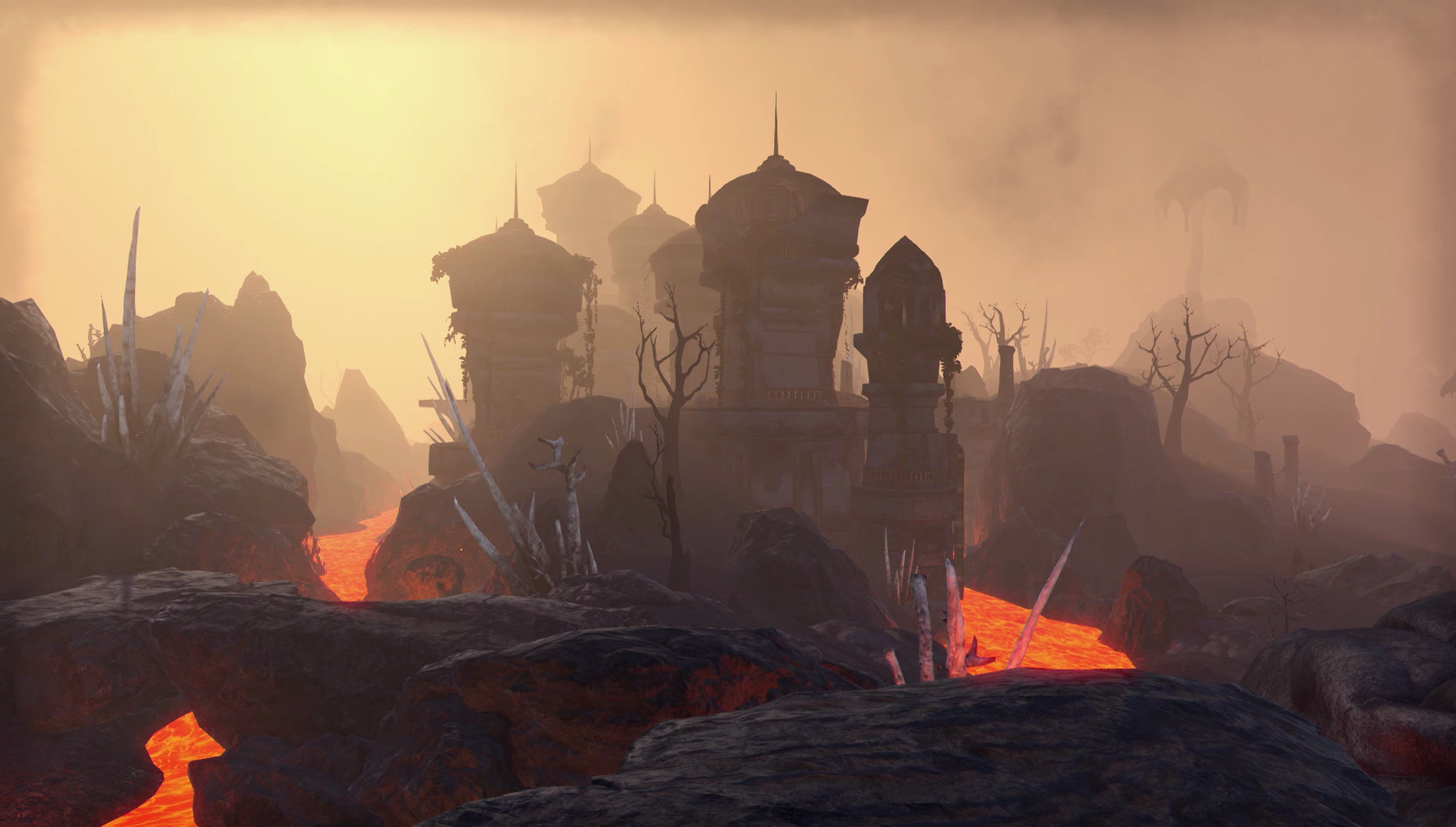 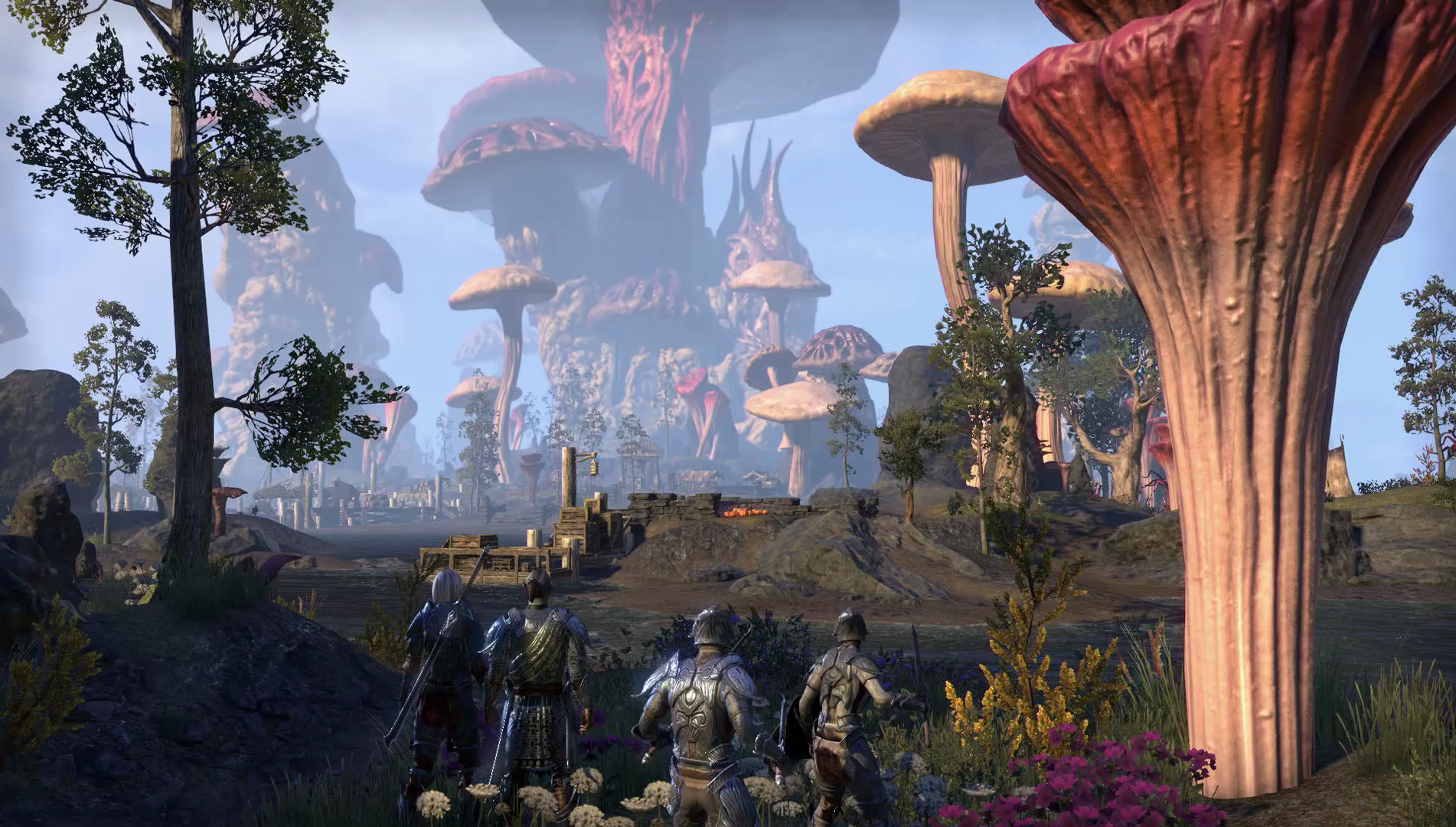 Experienced ESO players will be able to immediately go to Vvardenfell and begin a new legendary adventure. Thanks to the October update of One Tamriel, all game events will be adapted to the player´s level. You can also create another character and start the game again.

Have you been playing ESO for a while? The Elder Scrolls Online: Morrowind is a great opportunity to get back in the game with your characters - or start with a new one. Since there is no subscription fee to ESO, you can simply reinstall the game, log in and continue playing.

Return to Morrowind.
Vvardenfell is the largest zone added to The Elder Scrolls Online after the game was released. Its geography, along with all the sights - the same as in the classic game The Elder Scrolls III. Players will embark on dangerous adventures at legendary Vvardenfell sites, only 700 years before the events taking place in The Elder Scrolls III. Players will pass from the Seyda Ning docks to the Ashland volcanoes and dense, mushroom-filled forests, as well as visit the glorious city of Vivec, which was only being built at the time. New class - Warden (Guardian) Having mastered the natural magic, you can get access to the powerful character class - Warden. This is the first character class added to ESO after its release, and, as it usually happens in ESO and the Elder Scrolls series, players will be able to choose abilities that match their style of play. In addition, the Warden has a deadly ally - a war bear War Bear, who will not abandon the player even in the most dangerous situations. An incredibly exciting story.

The plot additions The Elder Scrolls Online:
Morrowind takes place about 700 years before the events of the game The Elder Scrolls III. Players will travel through the legendary Vvardenfell, famous places, characters and storylines that will cause nostalgia among fans and create a new chapter in the history of ESO. Morrowind is in terrible danger, and only players can help Vivek, the legendary poet and Guardian Vvardenfell, solve the mystery of his illness, cure him - and save the world from destruction. The new PvP mode - The Battlegrounds (Battle Fields) The Elder Scrolls Online is famous for its PvP fights, in which hundreds of players are fighting for power over Cyrodiil. In The Elder Scrolls Online: Morrowind there will be a new PvP mode - the Battlegrounds - intense 4x4x4 battles on arena-like maps. Players will go to Ashland, where they will fight for the title of the best warrior in all of Tamriel.

The Elder Scrolls III Morrowind 💎Game of the Year GOTY