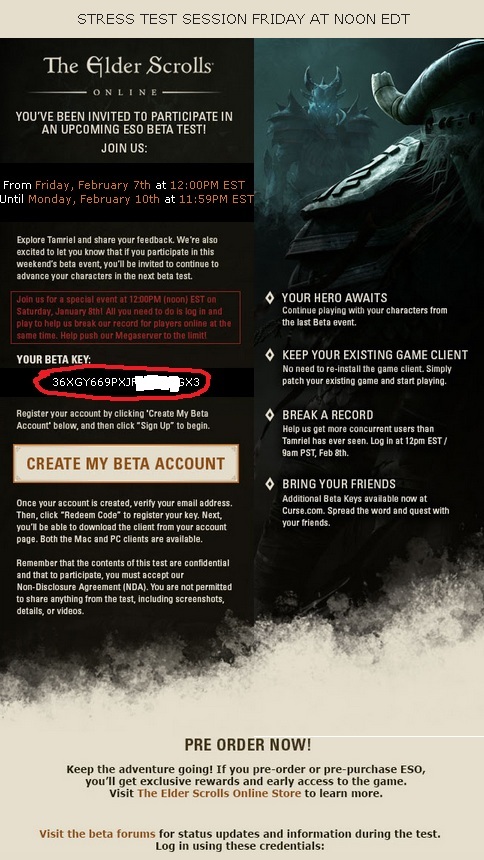 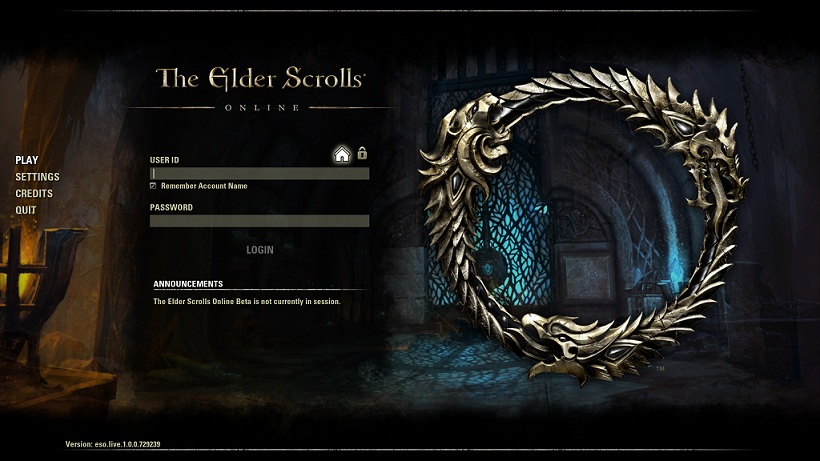 Uploaded: 07.02.2014
Content: text 20 symbols
Loyalty discount! If the total amount of your purchases from the seller RPGSELL more than:
If you want to know your discount rate, please provide your email:

RPGSELL information about the seller and his items
offlineAsk a question

*** A unique opportunity to participate in the PTA The Elder Scrolls Online! ***

The Elder Scrolls Online takes players into the second era - a thousand years before the events of Skyrim. In Tamriel no single ruler, in the central province of Cyrodiil are the endless battle. The game features three factions with three races each, warring among themselves and with the empire. Family Tarnow in order to regain control over the empire of Tamriel, the dark concludes an agreement with the King of Hearts, Mannimarco who promises them to resurrect the body of the fallen soldiers. But in fact it serves Molag Ball, stealing souls for him. The soul of the character to be played, have been kidnapped - this explains the ability to return to the mortal world. Its players have to look at the same time save Tamriel.
The Elder Scrolls Online is being developed for a long time. It mechanics of the game is different from other MMORPG, for example, the player can not pass the quest dungeon, and the spirit freed at the end of the necromancer still reward him. This preserves the spirit of the discoverer inherent games series The Elder Scrolls. Huge game world is full of opportunities and stories.

All created in the beta test characters can participate in future beta tests. And all those who will participate in this weekend's beta test will be invited at the next beta test.
Supported languages: English, French, German.
Preparation for the game:
1. If you do not have an account The Elder Scrolls Online - you need to create it:
https://account.elderscrollsonline.com/register/account-information
2. After confirming your mail you get into your account, where you need to enter your beta key (press Redeem and enter key).
3. After successful registration you need to download the Beta installer The Elder Scrolls Online:
https://elderscrolls-a.akamaihd.net/products/BNA_Launcher/Install_ESO_Beta.exe