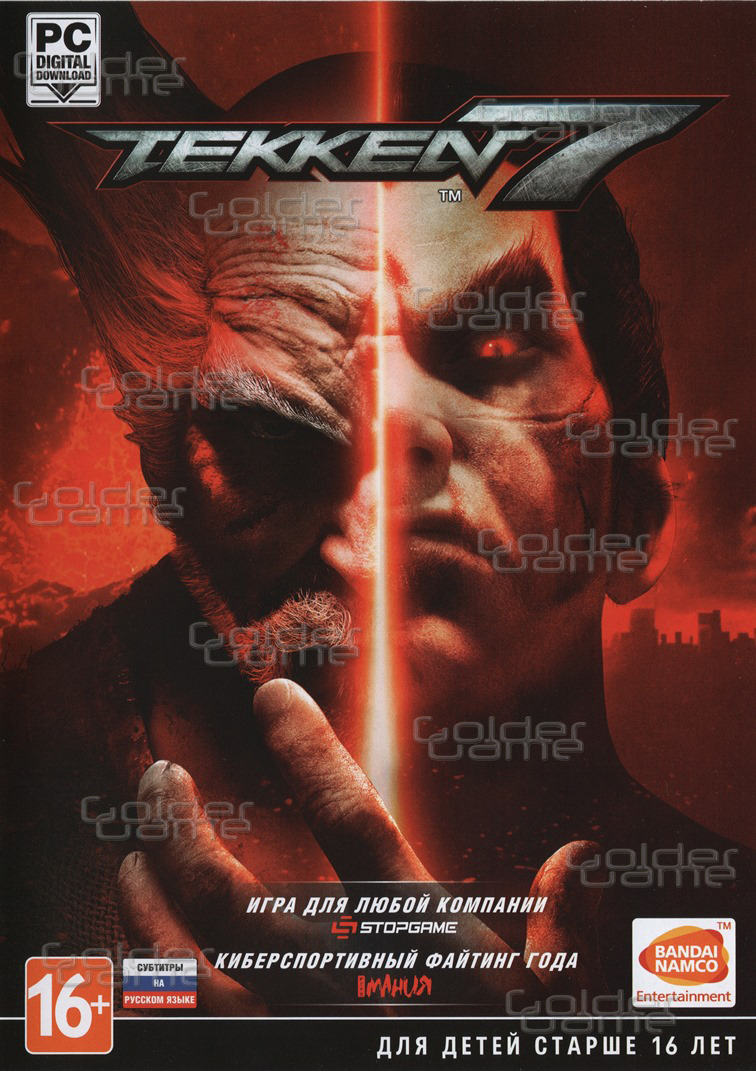 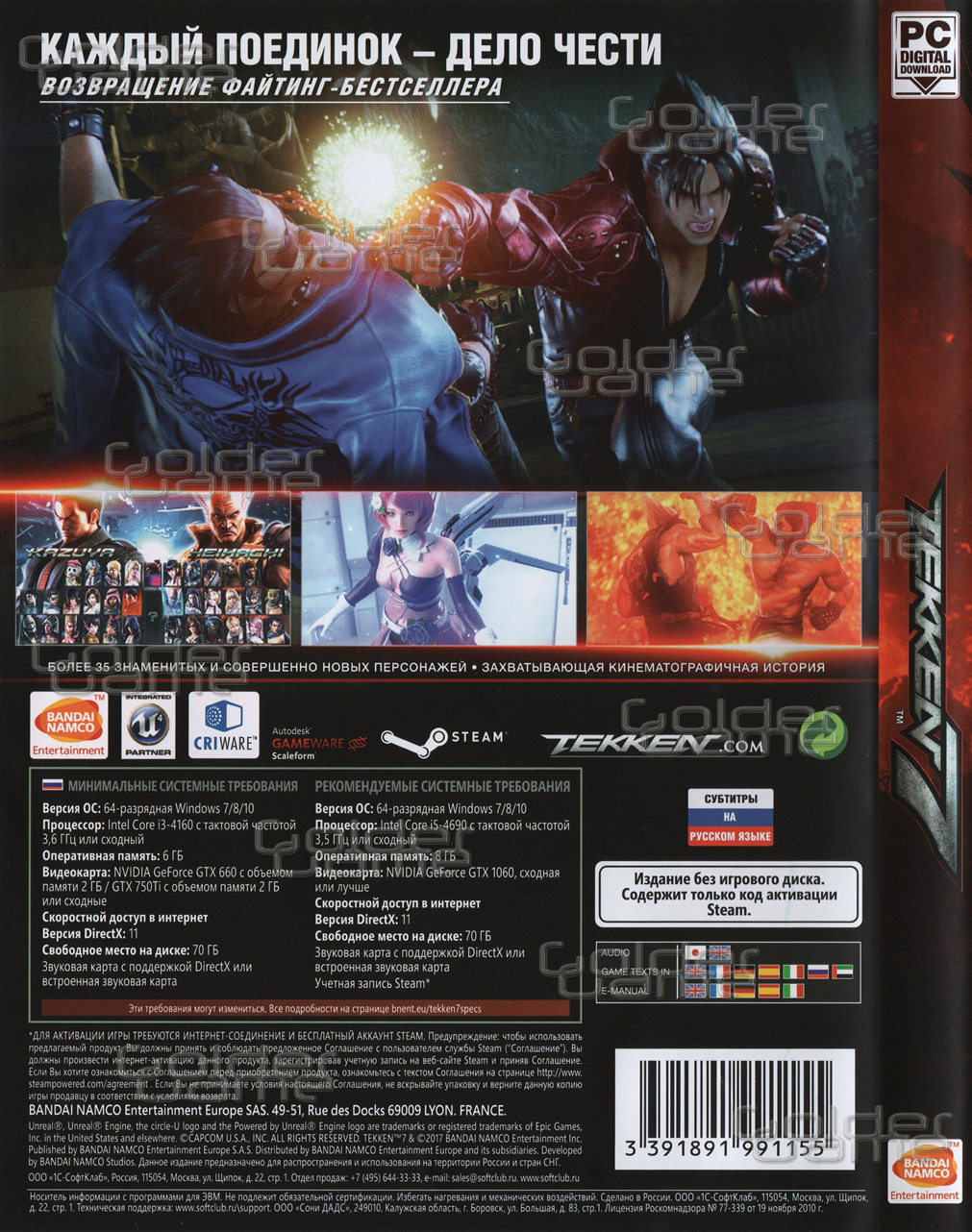 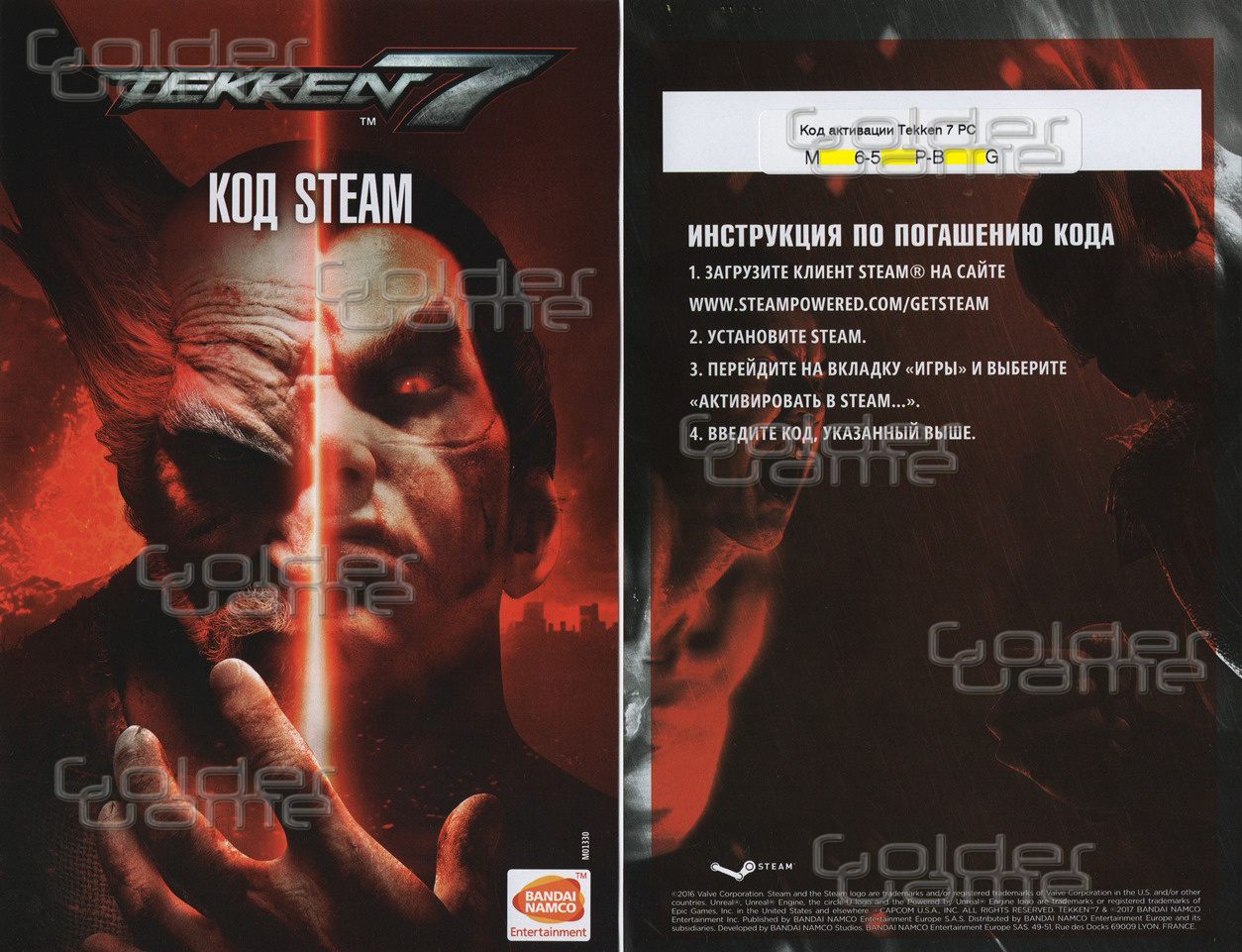 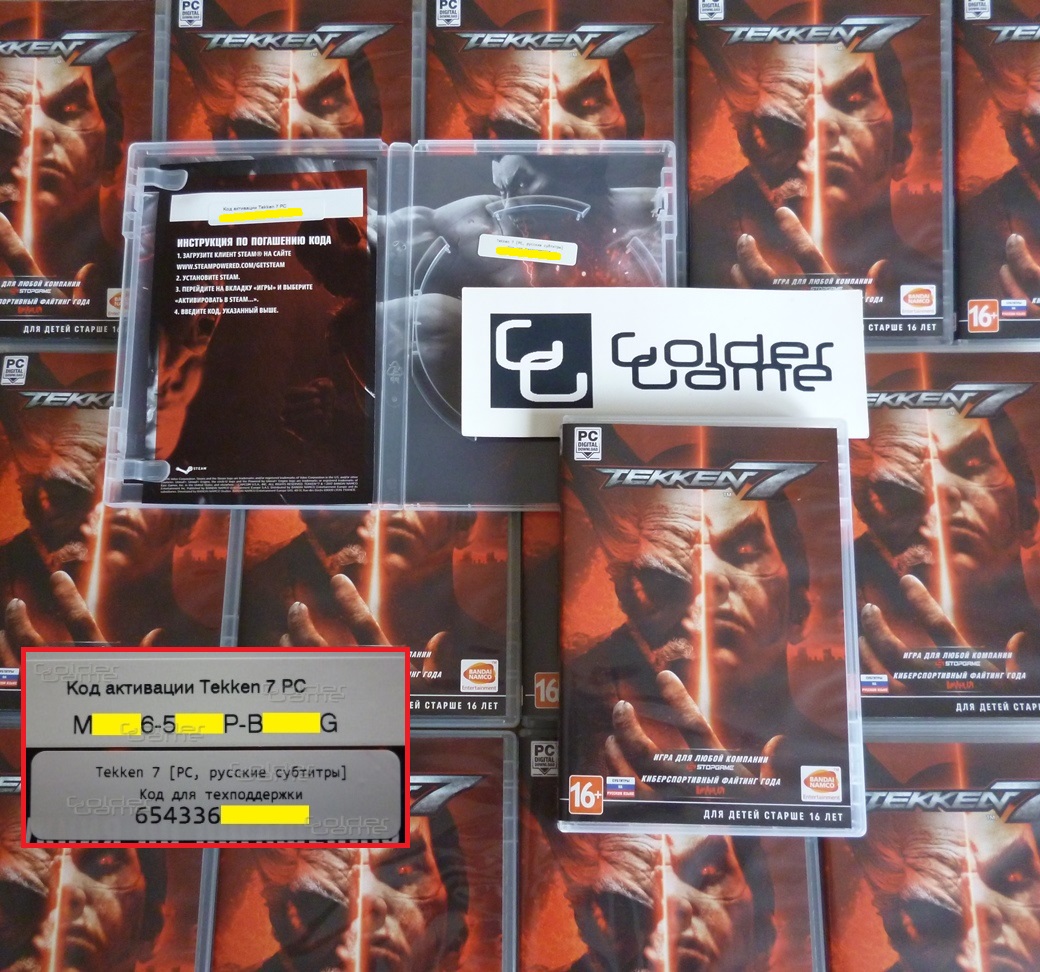 Uploaded: 01.06.2017
Content: P1570485.JPG 26,71 kB
Loyalty discount! If the total amount of your purchases from the seller GolderGame more than:
If you want to know your discount rate, please provide your email:

Paying this product you GUARANTEED receive a PHOTO license activation key from the game box "Tekken 7", from the company "1C-SoftKlab", for activation in "Steam".

The key is issued automatically, instantly after payment in the browser window and in the personal account on https://www.oplata.info/info/, or via the link that came to the e-mail indicated when paying.


Please leave your review after purchase! Thank you!


DESCRIPTION OF THE GAME "Tekken 7":

The legend returns. Every duel is a matter of honor.

Tekken 7 - a real revival of the cult series of fighting games, which is very popular among fans of the genre around the world. This is a splendid gift to all dedicated Tekken fans and a wonderful occasion to get acquainted with the series for those who are just beginning to be interested in the genre. After all, there is everything for which you can only love virtual martial arts!

Love, revenge, pride ... All have their own reasons to engage in battle. Our values ​​are what we are. They make us people, despite our strength and our weakness. There are no bad motives - there is only that way that we choose ourselves.

Find out how the story of the Mishima clan ends and find out what was the cause of every fight in this war. You are waiting for the most beautiful story fights and tense dueling with rivals and friends, which will become even more acute with an updated combat system.

• Incredibly entertaining fights
Almost photorealistic graphics and eye-popping visual effects - thanks to the latest technology of Unreal Engine 4, the long-awaited seventh release of the popular lineup has become the most beautiful game in the TEKKEN series.
• A fascinating story
Impressive cinematographic videos painstakingly illustrate the series of violent plot battles - the story of the hostility of the Mishima clan is revealed in a completely new way.
• More than 30 characters to choose from
Among more than three dozen fighters there are veterans and beginners alike. And each - a huge list of techniques, opening the player an absolute freedom in choosing the style of fighting.
• Guest from the Street Fighter series - Akuma
The character of the famous 2D fighting game Street Fighter is perfectly inscribed in the three dimensions of Tekken and has kept all of its proprietary techniques.
• Brand-new mechanics and techniques
Classic fights are coming back - even more diverse due to new mechanics. The techniques of Rage Arts, Power Crushes and Rage Drives make the game even more exciting and accessible to beginners.
• The finale of the bloody history of the Mishima clan
TEKKEN 7 will be the last chapter in the saga of the Mishima clan, which has lasted 20 years. Become a witness of how the heroes reduce old scores and fight for control of the empire, regardless of anything or anyone ...

• • • • • •
GIFTS
• • • • • •
• Each buyer we give a gift - guest key to Diablo 3. To do this, leave your positive feedback and send to our mail a request "I want to present." The request must be sent to profit from the post office that you specified when you pay, or enter an account number in a query of your purchase. The gift will send a return letter.
• To every third buyer (in random order) we give a random game for STEAM / ORIGINAL. To do this, leave a positive feedback and wait for the gift (you will receive a notification on the mail indicated when paying) in case of a win.
• The shares do not participate resellers!