Tax - a means of enriching the rich 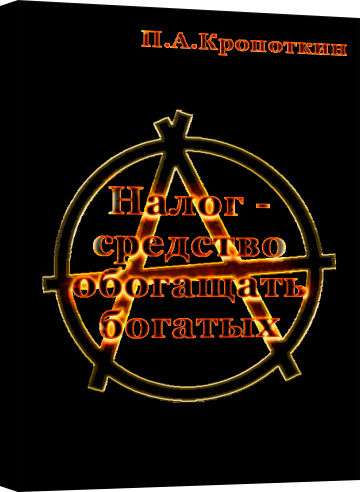 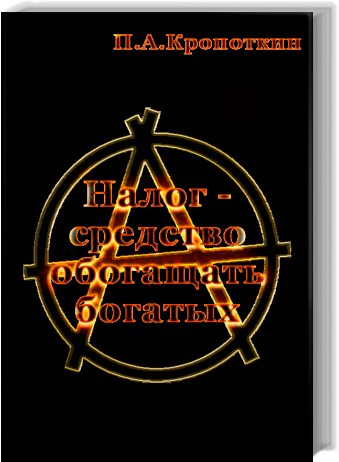 Sold: 0
Uploaded: 23.06.2016
Content: text 43 symbols
Loyalty discount! If the total amount of your purchases from the seller Мастер Yoda more than:
If you want to know your discount rate, please provide your email:

Мастер Yoda information about the seller and his items

Tax so convenient! Naive people - "Dear citizens," as they are called during elections - are used to seeing in a tax agent to perform great works of civilization that are useful for the peoples, yes. But governments perfectly know that the tax is to them the most convenient way will create a vat large estates at the expense of small, making people poor and enrich a few, to give a big comfort of the peasant and the working of the power of the manufacturer and the speculator, encourage one industry at the expense of the other, and in general all industry - at the expense of agriculture and especially by the peasant or the entire nation.

This publication is available only in electronic form on the user´s choice, in two formats and Pdf Swf - with page turning effect.

Born on 27 November (9 December) in 1842 in Moscow. His family belonged to the ancient family of Smolensk princes, Rurik in the thirtieth lap. Name comes from the nickname of Prince Dmitry Vasilyevich Krapotki (Kropotki), a contemporary of Ivan III, grandson Rostislav removed. Father revolutionary, Prince Alexei Petrovich Kropotkin (1805--1871) - Major General, owned estates in the three provinces with more than 1,200 serfs and their families. His mother, Ekaterina Nikolaevna Sulima, died when Peter was three and a half years. On his mother´s side, Peter - the grandson of the hero of the Patriotic War of 1812, General N. Sulima. The prince is a direct descendant of Ataman Zaporizhzhya Cossacks Ivan Mikhailovich Sulima, the people deserved a good memory so that he destroyed his party Kodak fortress standing in the way of refugees from the Polish-Lithuanian Commonwealth in Zaporozhye freemen.
Russian theorist of anarchism, geographer, traveler, writer. In the 60-ies. made a number of expeditions to unexplored regions of Eastern Siberia and the Far East, his work at the time - "Materials for the orography of eastern Siberia", "Studies on the Ice Age", etc., have brought him international fame.. In 1870 he was elected Secretary of the Russian Geographical Society. In 1872, P. Kropotkin went abroad, where he joined the anarchist direction. Upon his return to Russia led revolutionary propaganda among the Petersburg workers and students. In 1874 he was arrested and imprisoned in the Peter and Paul Fortress, but 2 years later he was transferred to St Nicholas Hospital, where escaped. Moved abroad, he lived in Switzerland, France, England. He was one of the organizers and theoreticians of the international anarchist movement. For revolutionary activities held in a French prison for three years. The Russian came back in June 1917 ...
Major works P. Kropotkin, "rebel Speech" (1885), "In Russian and French prisons" (1887), "Bread and Freedom" (1892), "Mutual Aid as a Factor of Evolution" (1902 city), "Notes of a revolutionary" (1902), "The ideals and the reality of Russian literature" (1905), "The French revolution 1789-1793" (1909), "Modern science and anarchy" (1913 ) and others. His books have been translated and published in many countries around the world.
Died PA Kropotkin February 8, 1921, Dmitrov, near Moscow, is buried in Moscow at the Novodevichy cemetery (4 uch. 24 series).

With a short biography and bibliography of the author can be found in the basement reading site Skeet Hermit: http://q32.pw/ybj

Related to item "Tax - a means of enriching the rich":

ОХ281 Calculate the time during which the water in the