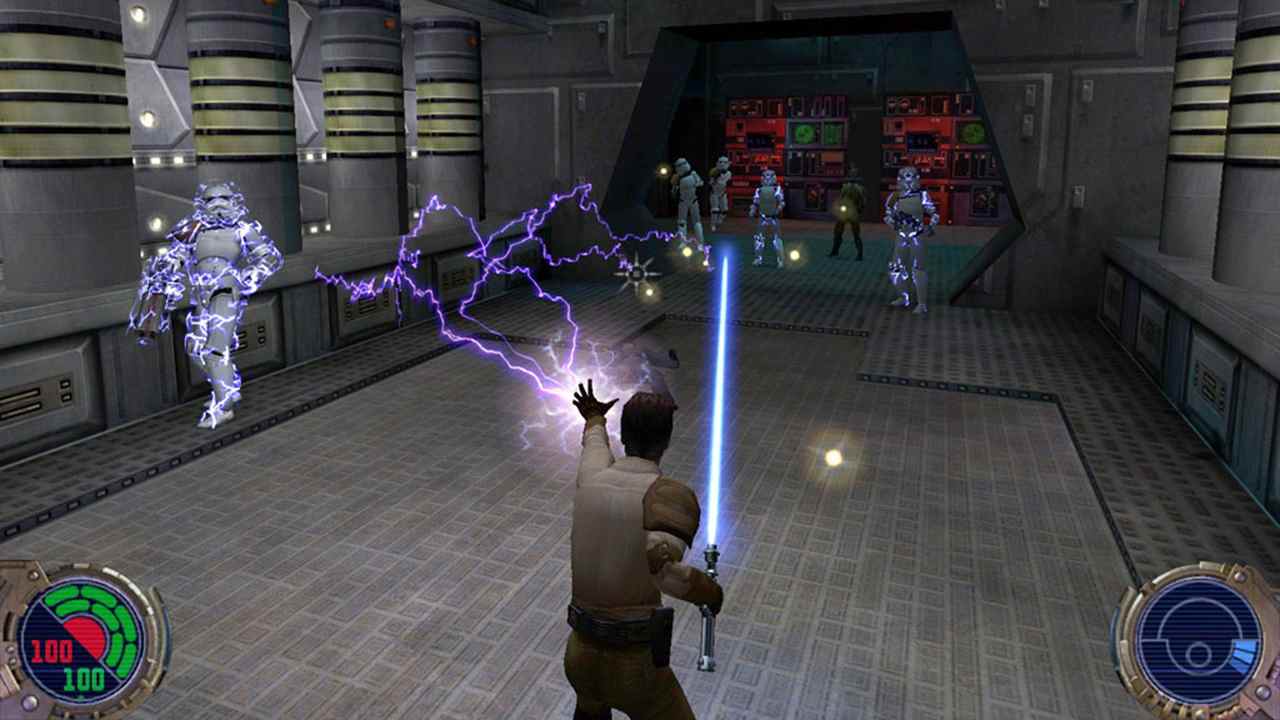 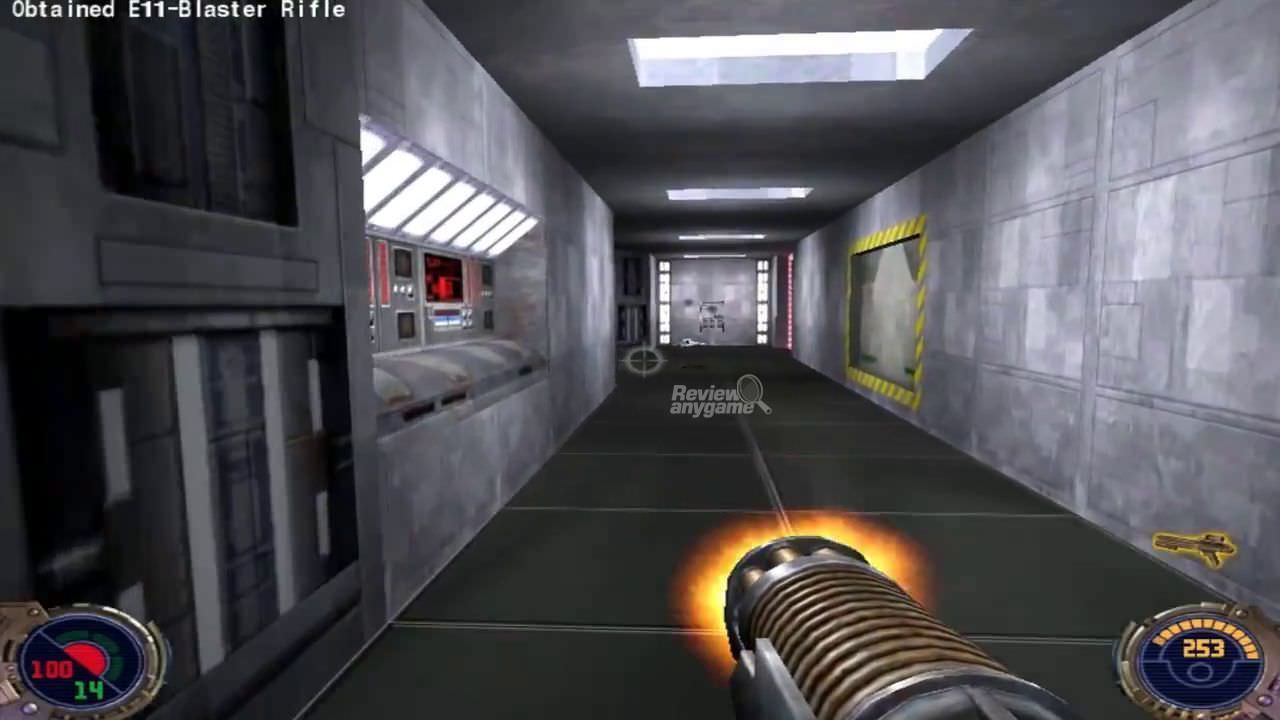 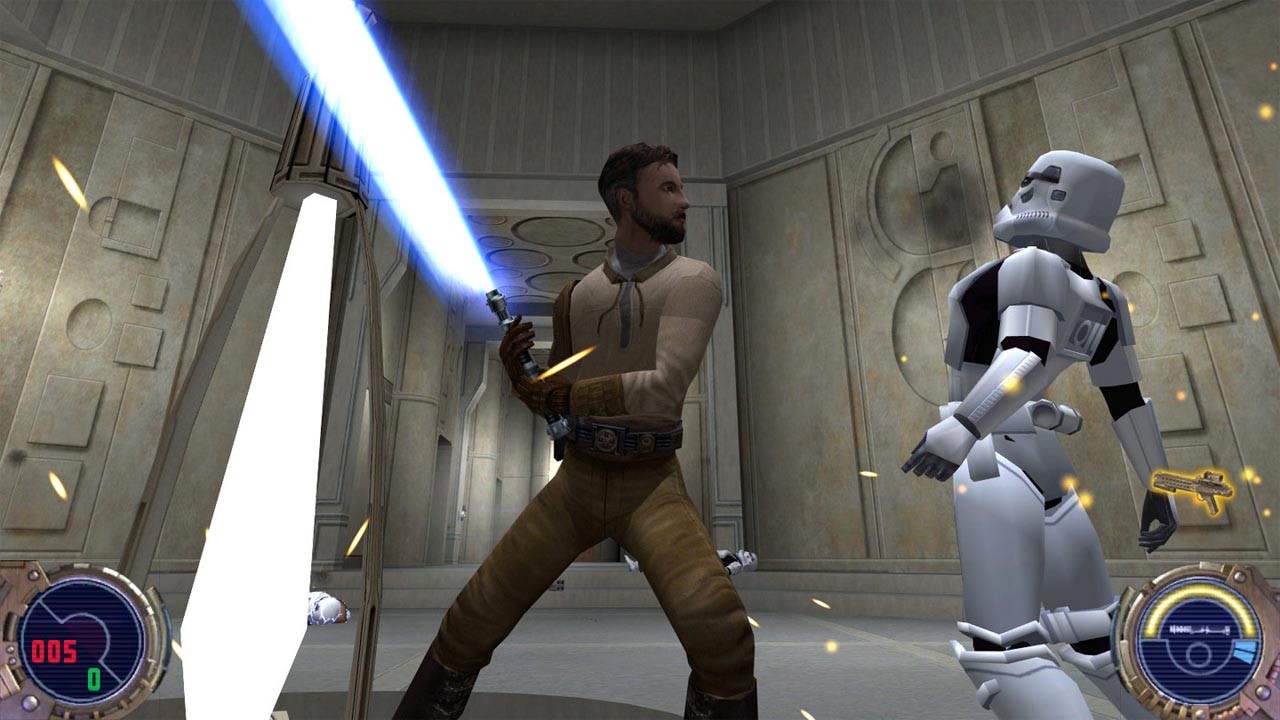 DESCRIPTION:
Star Wars never changes. Empire versus Rebels, New Republic versus Old Empire, free traders versus smugglers, bad Jedi versus good ... Once upon a time, Kyle Katarn, the famous space rogue, friend of Lando Carlissian and "honorable villain" of the Republic (the same, however, as the famous Han Solo ), learned that his father had been killed by the Jedi. He went to revenge, but he himself fell into the net of the Sith and was forever disenchanted with the justice of the Force. Kyle was a good Jedi, but to prove it to himself, it took him many years and a worthy opponent - a bad Jedi claiming power over the Republic. Meet the Jedi Outcast - another saga about the adventures of the Jedi Knights in the ageless world of a galaxy far, far away ...

KEY FEATURES:
• As Kyle Katarn, agent of the New Republic, use your lightsaber and the power of the Force to fight the evil that has invaded the galaxy
• Use more than 8 Force abilities, including Deception of the Jedi, Force Lightning and Force Grab
ВЂ Choose your arsenal wisely from 13 available weapons, including a destructive rifle, heat detonators, booby traps and a Wookiee crossbow
• Play online with 2-32 players or against bots and get 7 additional Strength abilities
• Test your skills in 24 single player missions and 6 different online modes including Jedi Master, Holocron, Salamiri Capture, Duel, Survival Combat and Capture the Flag
• Meet legendary Star Wars characters such as Luke Skywalker and Lando Calrissian (Lando is voiced by Billy Dee Williams, who played him in the original trilogy.)
• The game was developed by the critically acclaimed studio Raven and is powered by the Quake III Arena game engine