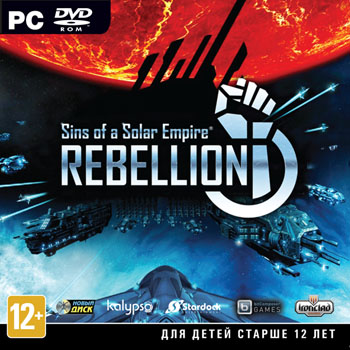 Boommedia information about the seller and his items
onlineAsk a question

ATTENTION !!! You get the key from the licensed version of the game, from the company´s New CD! Guarantee purity key!
only for CIS

Popular space strategy is back! For many years the powerful stellar empire tried to establish its hegemony in the vast galaxy. Military conflict that claimed millions of lives, did not bring the victory of either side. But diplomatic efforts were unsuccessful. Now, within each faction brewing rebellion, the outcome of which depends the fate of many worlds!

The game was released in Russian with the original English ozvucheniem.kurerskoy service you paid for separately.

By purchasing an electronic version of the game or supplements, you buy only the key. The game is downloaded and installed directly through Steam. To do this you must register an account on the system Steam.

To install the game you must:
1. Download, install and run Steam: http://steampowered.com/download/SteamInstall.msi
2.Zaregistrirovat account Steam.
3.Otkryt tab "My Games" from the top menu, at the bottom click "Activate via Steam ..."
4.Vas asked to enter the product code, enter the key purchased from us.

The original copy of the key, the license agreement and all copies of the software in its original packaging, you can get a convenient way for you. To do this, after the payment and receipt of the digital copy of the key, please contact us via email or phone. For residents of Moscow delivery can be carried out by courier. Postage for sending as well as courier services paid by you separately.