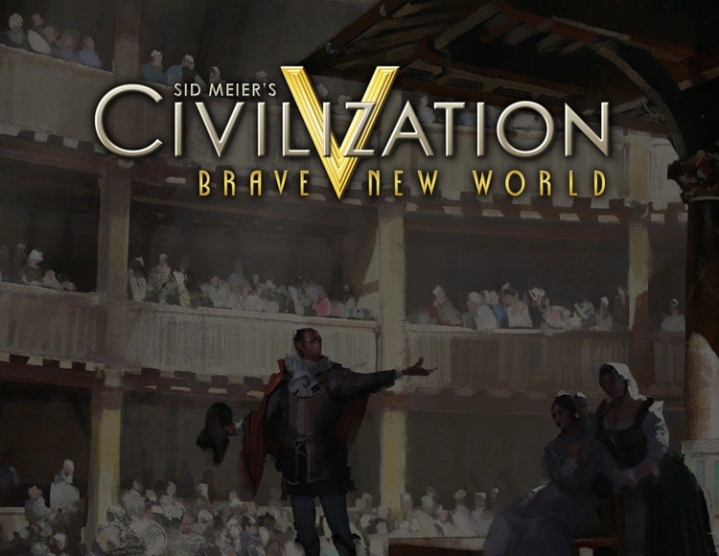 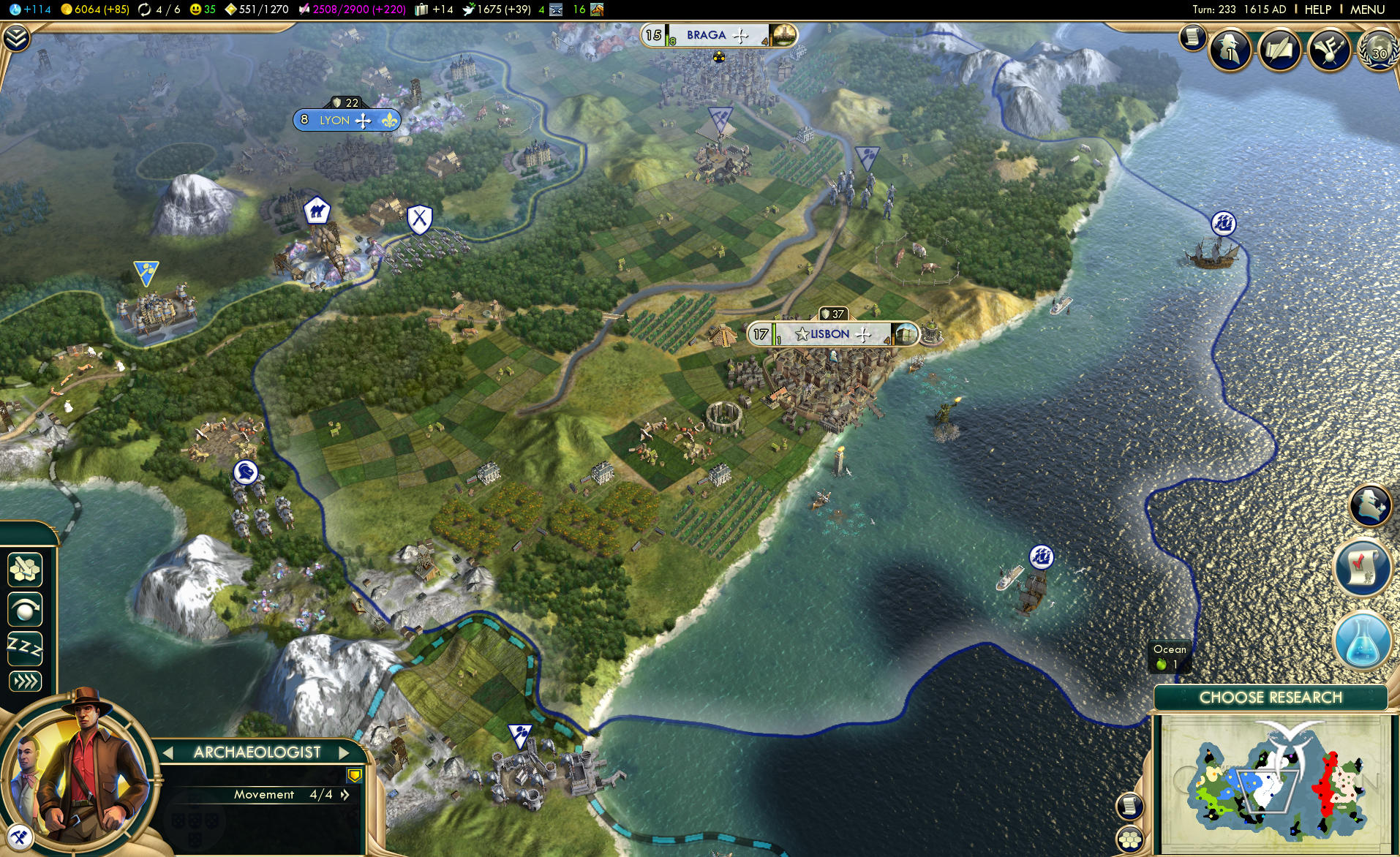 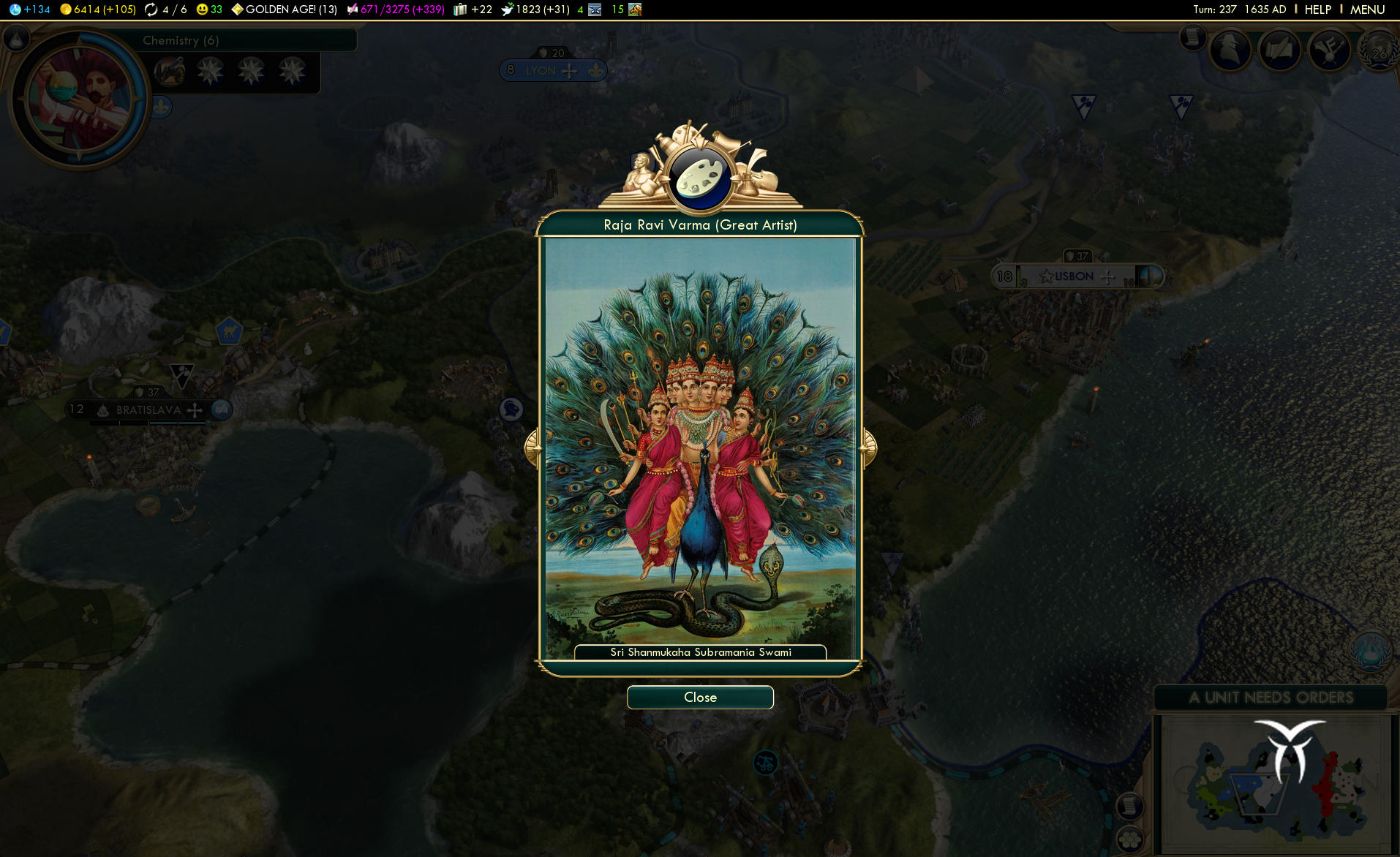 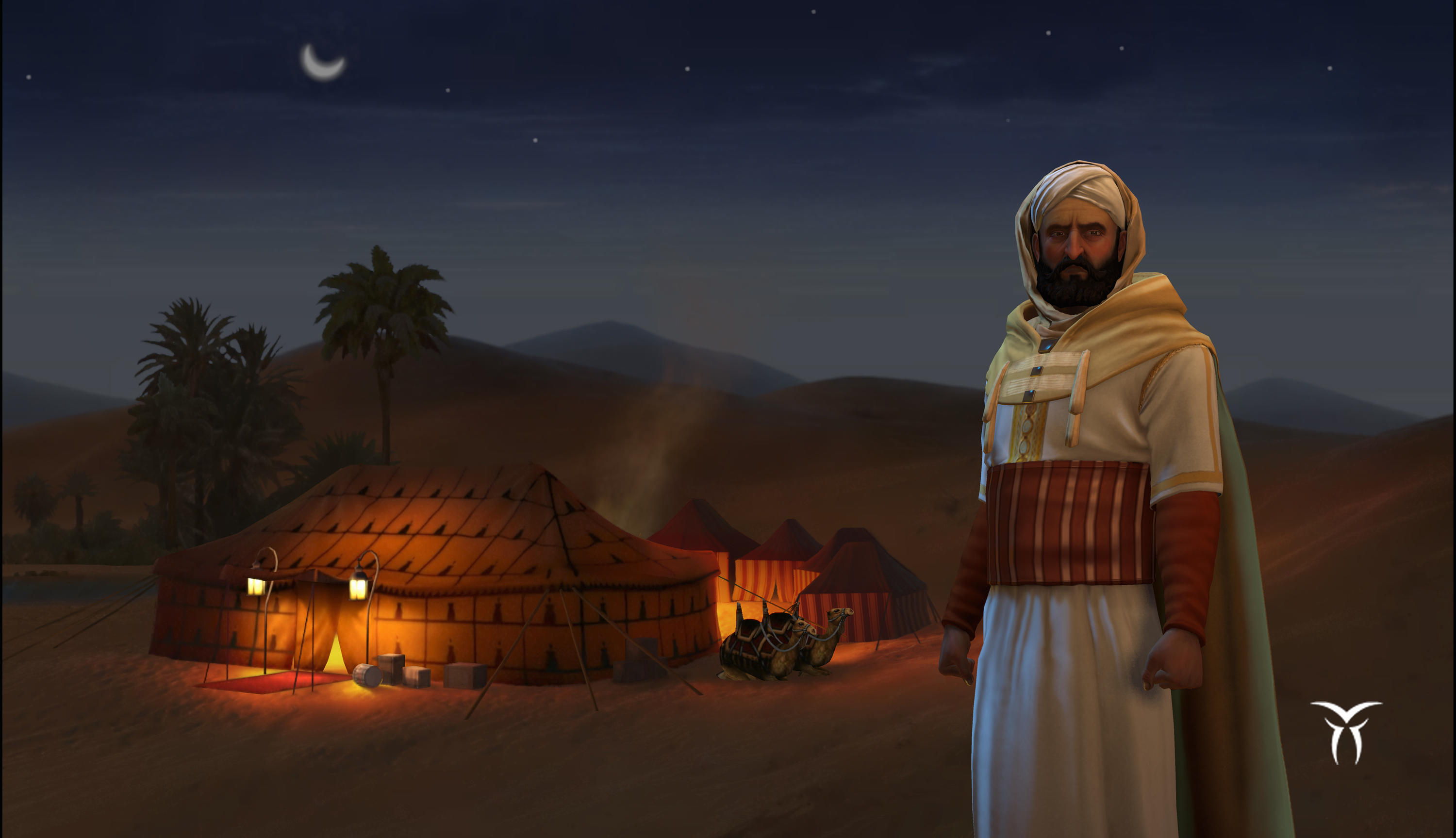 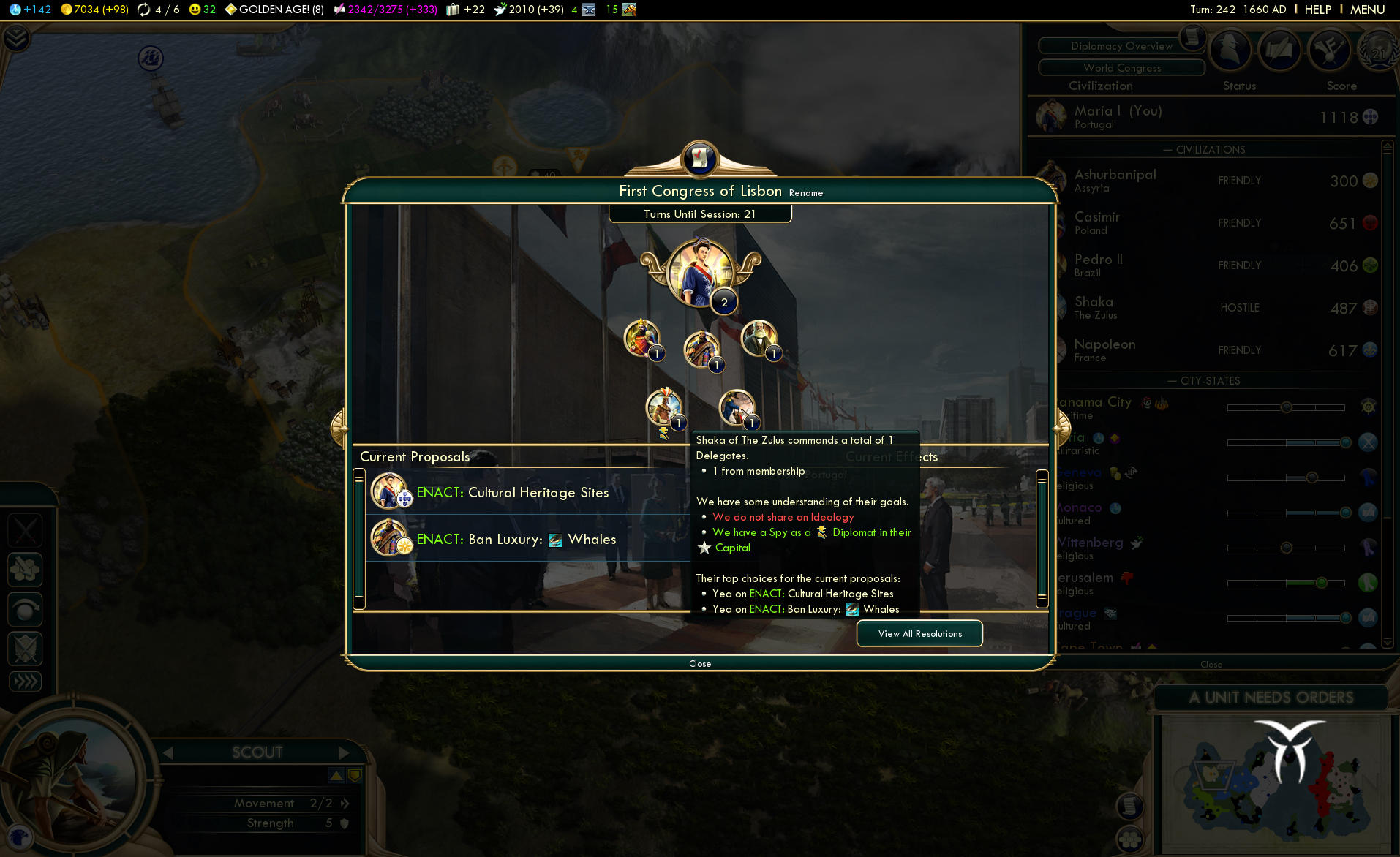 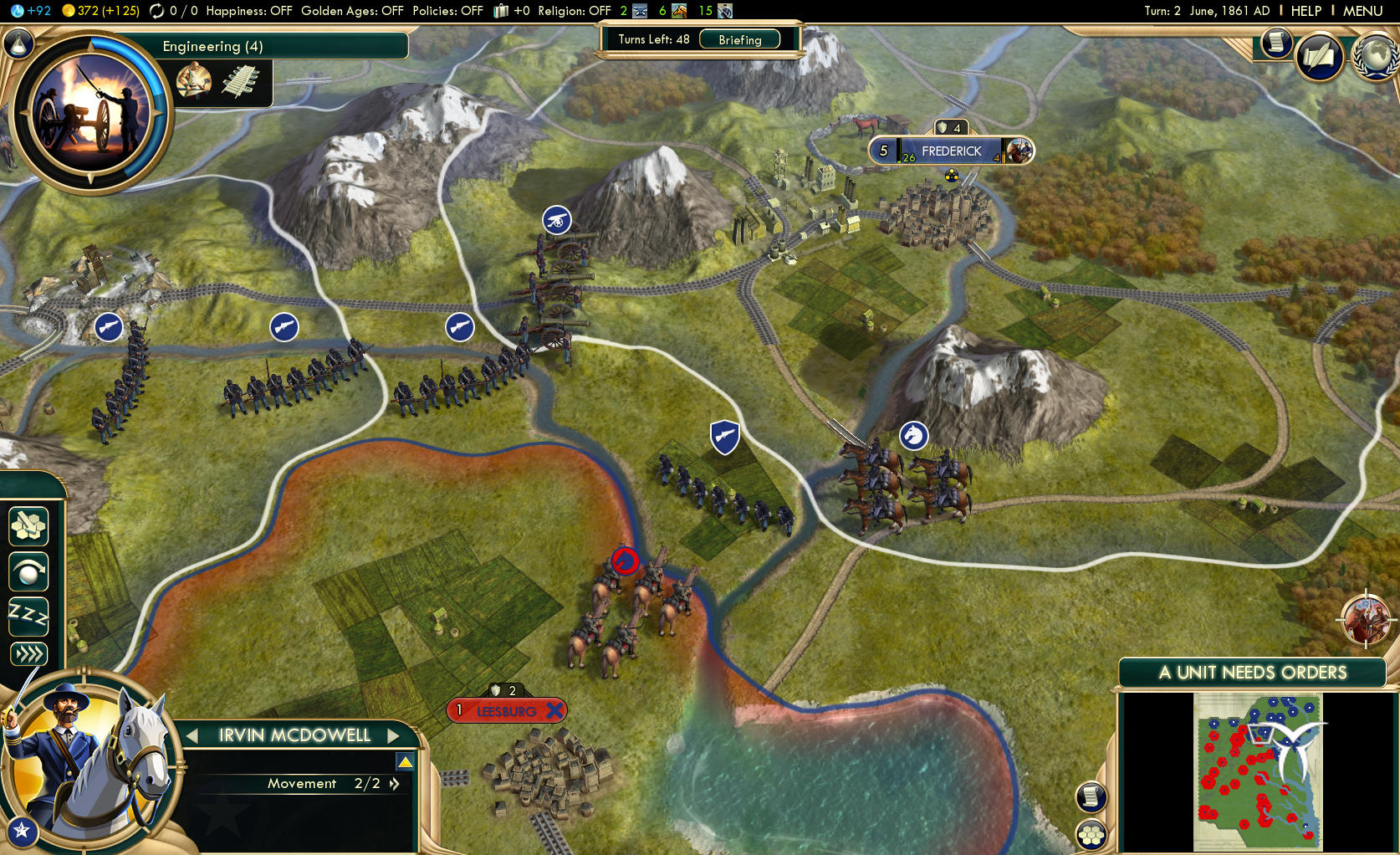 Description:
Attention: Sid Meier´s Civilization V is required to access the content of the add-on. "Sid Meier´s Civilization® V: Brave New World" is the second addition to Civilization V, recognized as the best PC game of 2010 and deserving of enthusiastic reviews by critics. This new addition makes the game even deeper and allows you to play it again and again, bringing to the forefront culture and diplomacy and adding the possibility of international trade. Your influence in the international arena is determined by the masterpieces created by you, by the ideology of your people and by your resolutions at the World Congress. Moving through the ages, you will make important decisions that determine your relationship with other civilizations. In the "Sid Meier´s Civilization V: Brave New World" you will find nine new civilizations, eight new wonders of the world, two scenarios, four new gaming systems and dozens of new divisions , buildings and improvements. All this gives you many new ways to build the greatest empire in the world. Features: New cultural victory. Spread your culture around the globe, and let other cultures bow to it. Your great artists, writers and musicians will create their masterpieces, stored in key buildings throughout your empire, such as museums, opera houses and even the Great Library. Send archaeologists to explore ancient battlefields and the ruins of cities, and they will find invaluable cultural artifacts. Become the first civilization to influence all other civilizations, and you will conquer a cultural victory, becoming the envy of the rest of the world.

New politics and ideology. Having reached the industrial era, you can choose for your people ideology: autocracy, freedom or order. Each of them opens before you a set of different possibilities and allows you to achieve victory in one way or another. The choice you make before the end of the game will influence relations with other civilizations.

World Congress. Diplomacy began to play an even bigger role in the game, and alliances with city-states are as important as ever. Change the diplomatic environment in the world with the help of the World Congress, which decides on the most important issues, such as trade sanctions against an unruly country, limiting the use of resources, selecting cities for the World Games or using nuclear weapons. Changing the course of the game resolution, the struggle for voices, intrigues and a new way to achieve a diplomatic victory - all this makes the end of the game even more dynamic and exciting.

International trade routes. Turn your cities into centers of international trade by land and by sea. Give your citizens wealth and prosperity, spread their religious, cultural and scientific influence. The number of trade routes increases with the growth of economy and technology, with the creation of wonders of the world and thanks to the unique abilities of your civilization. What will you choose: to build a safe but less profitable route to the city nearby, take a chance and go to a distant city for big profits, or direct a trade route deep into the country, sending the right food and goods to the far corners of your empire?

New miracles of light. This addendum contains eight new wonders of the world, including the Parthenon, Broadway, the Globe Theater and the Uffizi Gallery.

Two new scenarios: Civil War in America. Fight in the war of the States, taking the side of the Union or the Confeder