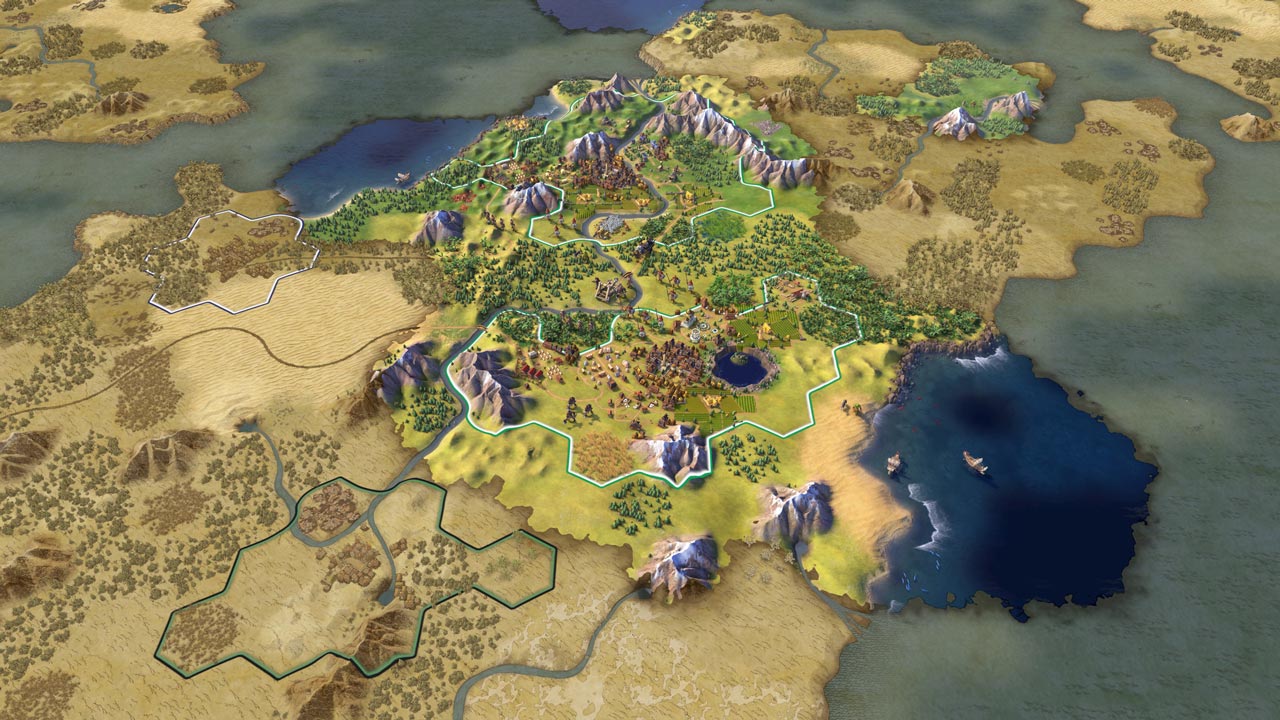 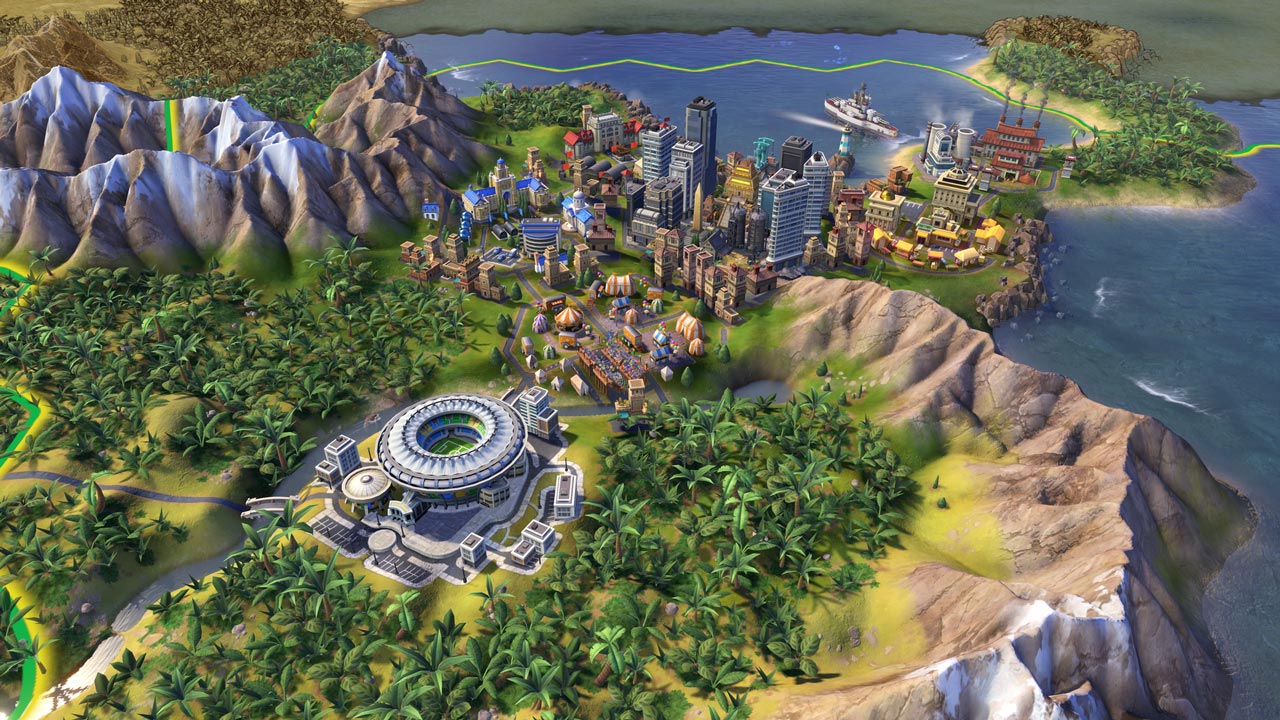 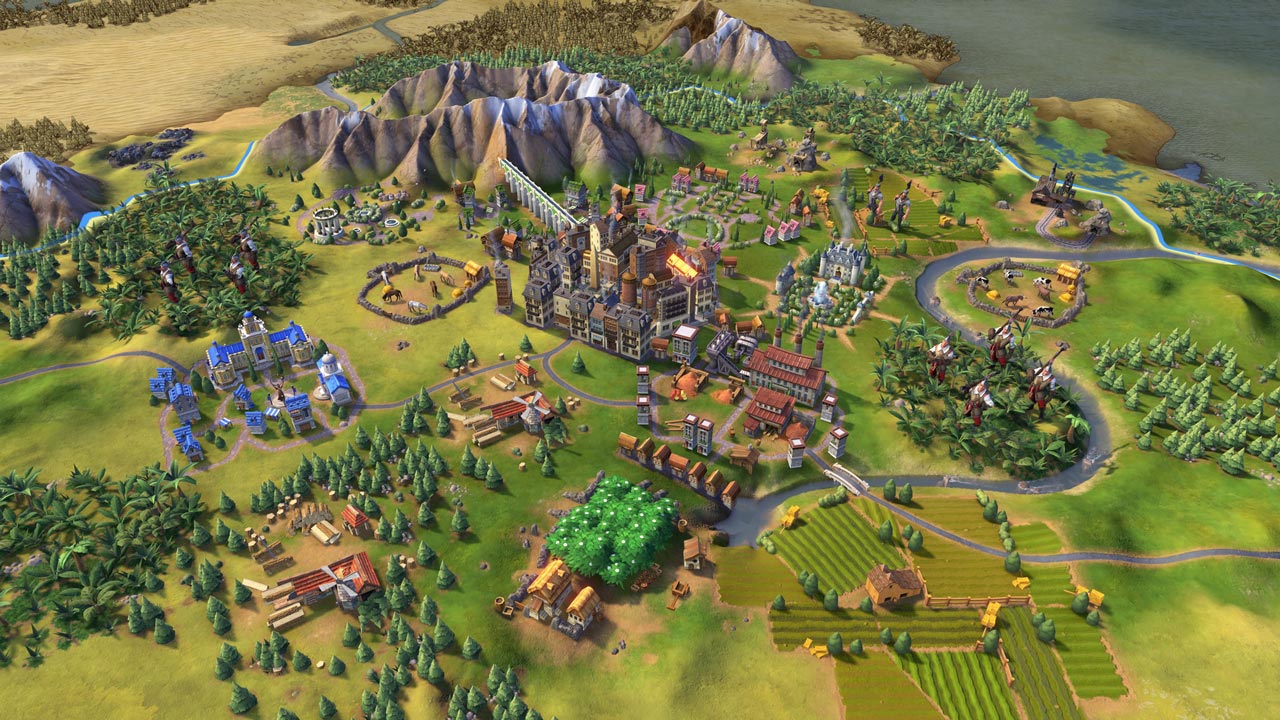 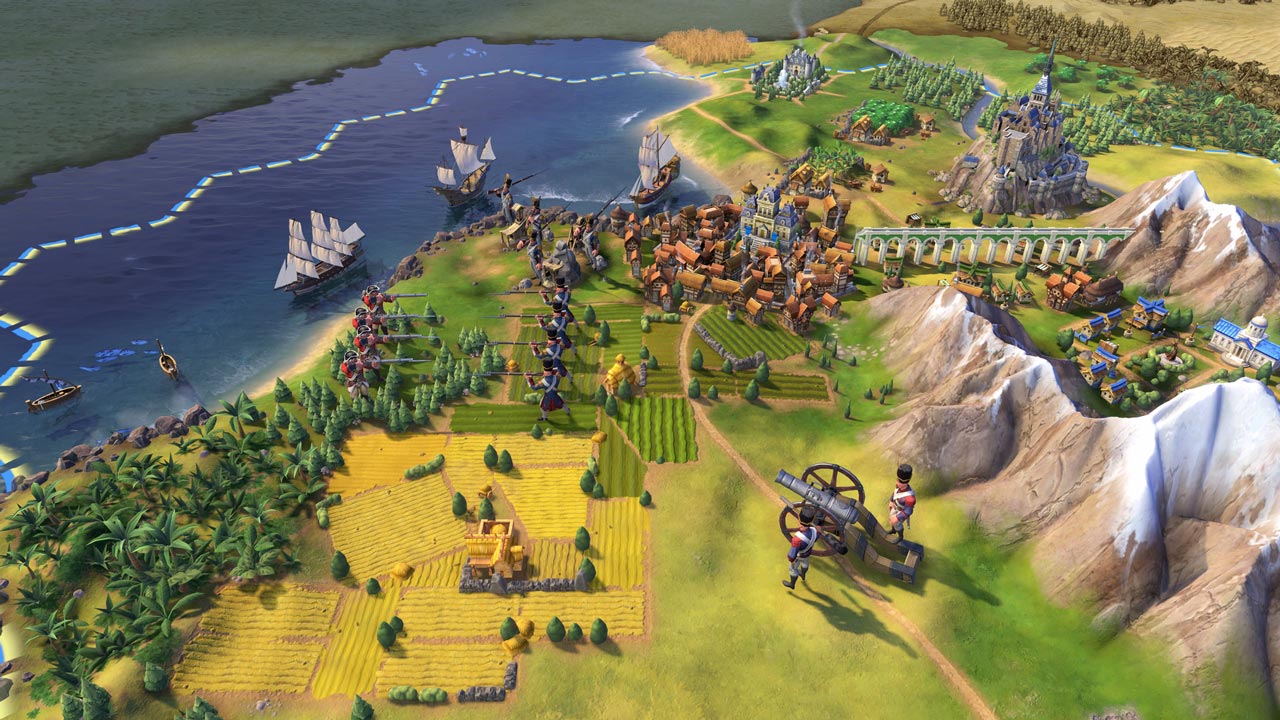 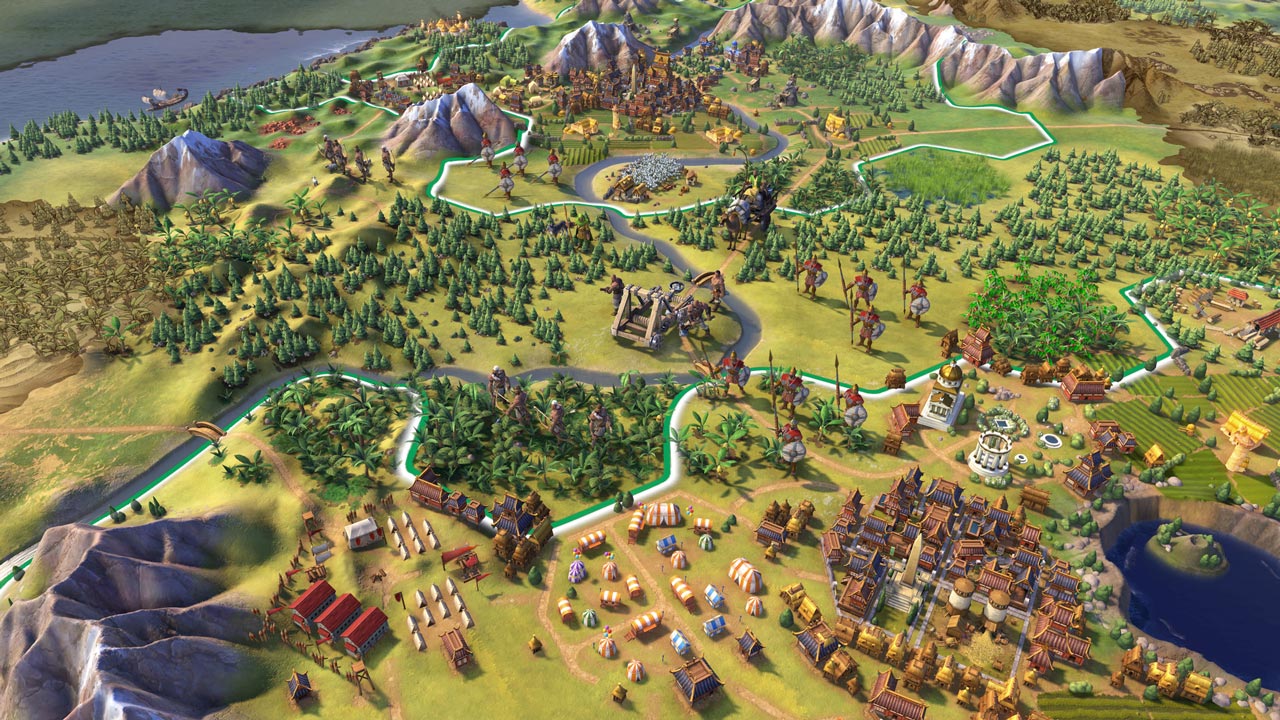 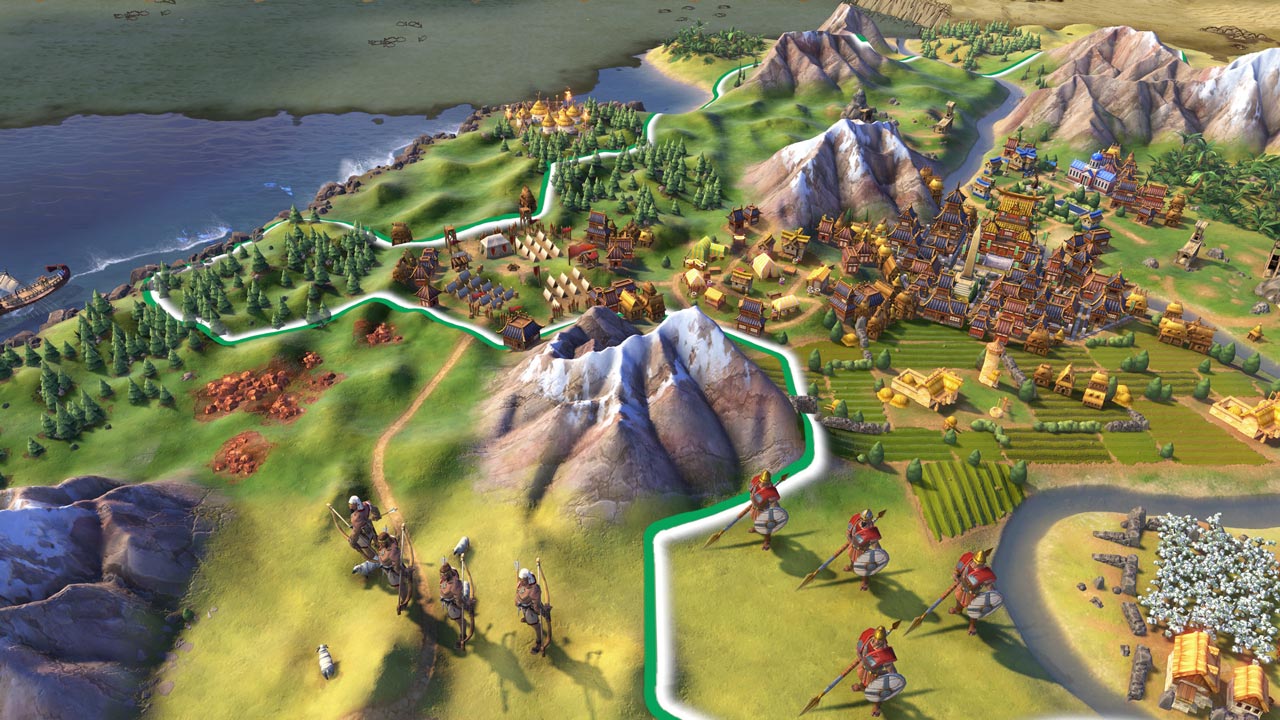 Civilization VI offers many new ways to interact with the game world: cities now grow, taking up more and more space on the map, your actions affect the course of scientific research and cultural life of a civilization, and opponents pursue different goals depending on their historical traits in an attempt to achieve one of the five ways to win the ultimate victory.

HUGE EMPIRES:
Your realm will stretch further than ever. Each city occupies several spaces, and you can arrange them in such a way as to get the most out of the surrounding territory.

ACTIVE RESEARCH:
Look for power-ups that will help the development of your civilization. This process can be accelerated by exploring the blank spots on the map, improving the surrounding areas and coming into contact with new cultures.

DYNAMIC DIPLOMACY:
As the game progresses, you will have new opportunities to interact with other civilizations, from the early days of humanity, when conflicts are an integral part of everyday life, to military alliances and complex diplomatic negotiations of modern times.

UNITED TROOPS:
Thanks to the rethinking of the concept of “one combat unit per cell”, you can now attach support units to ordinary troops: for example, you can provide infantry with anti-tank weapons or order settlers to accompany your warriors. Combat units of the same type can be combined, thereby forming formidable “troops” from them.

IMPROVED ONLINE PLAY:
In addition to the traditional multiplayer modes, you can help or challenge your friends in a wide variety of scenarios, many of which can be played through in a single game session.

CIVILIZATION FOR ALL:
Civilization VI will give experienced players the opportunity to make their empire exactly the way they want it to be, and through this to succeed. The new tutorial system will help new players get familiar with the fundamental ideas of the genre and easily plunge into the game from the first minutes.