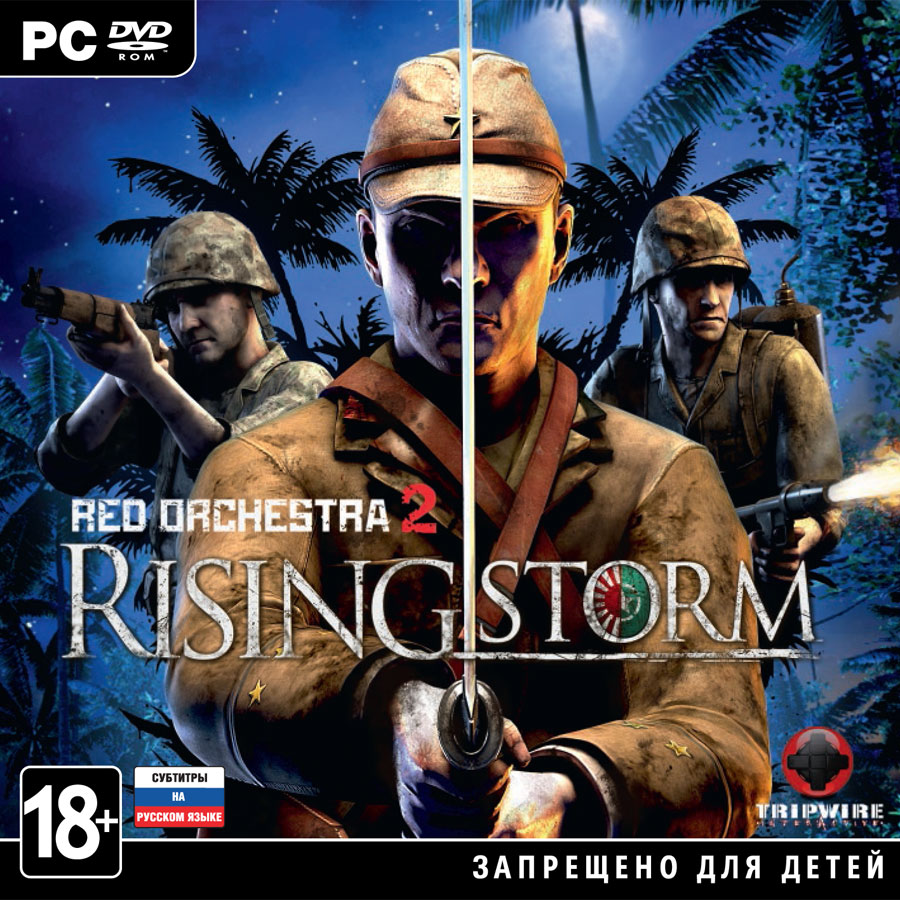 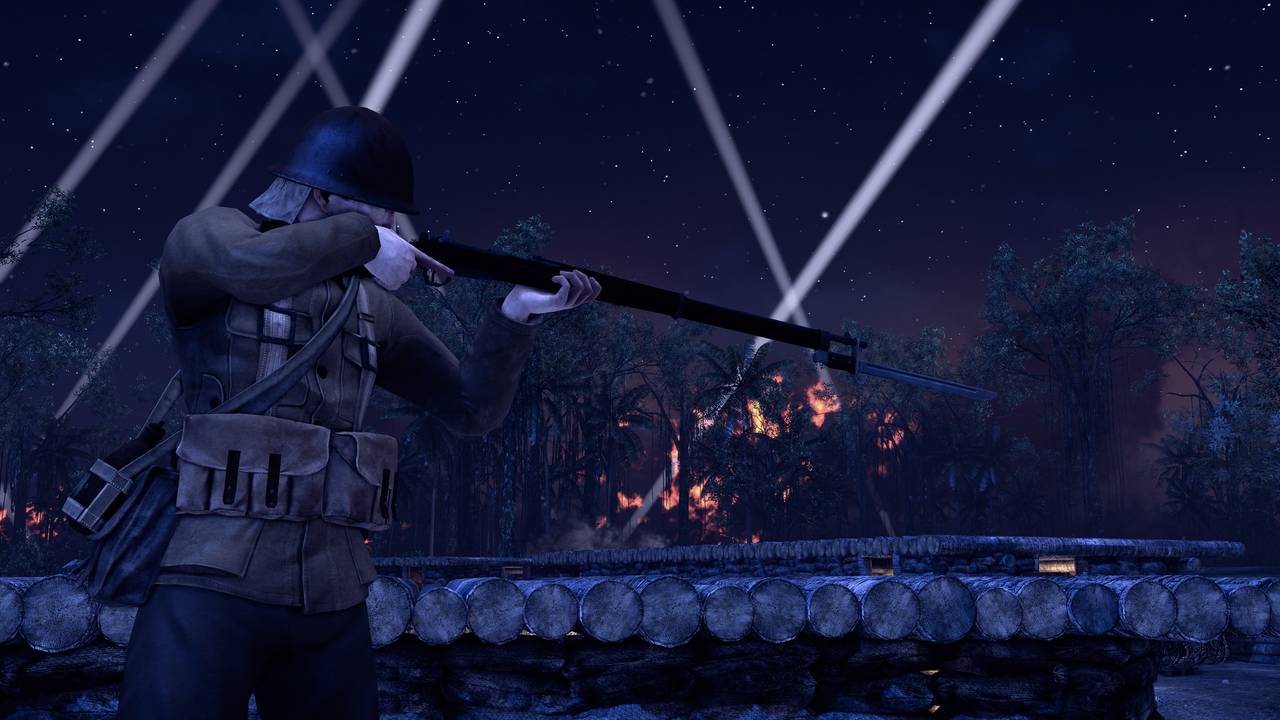 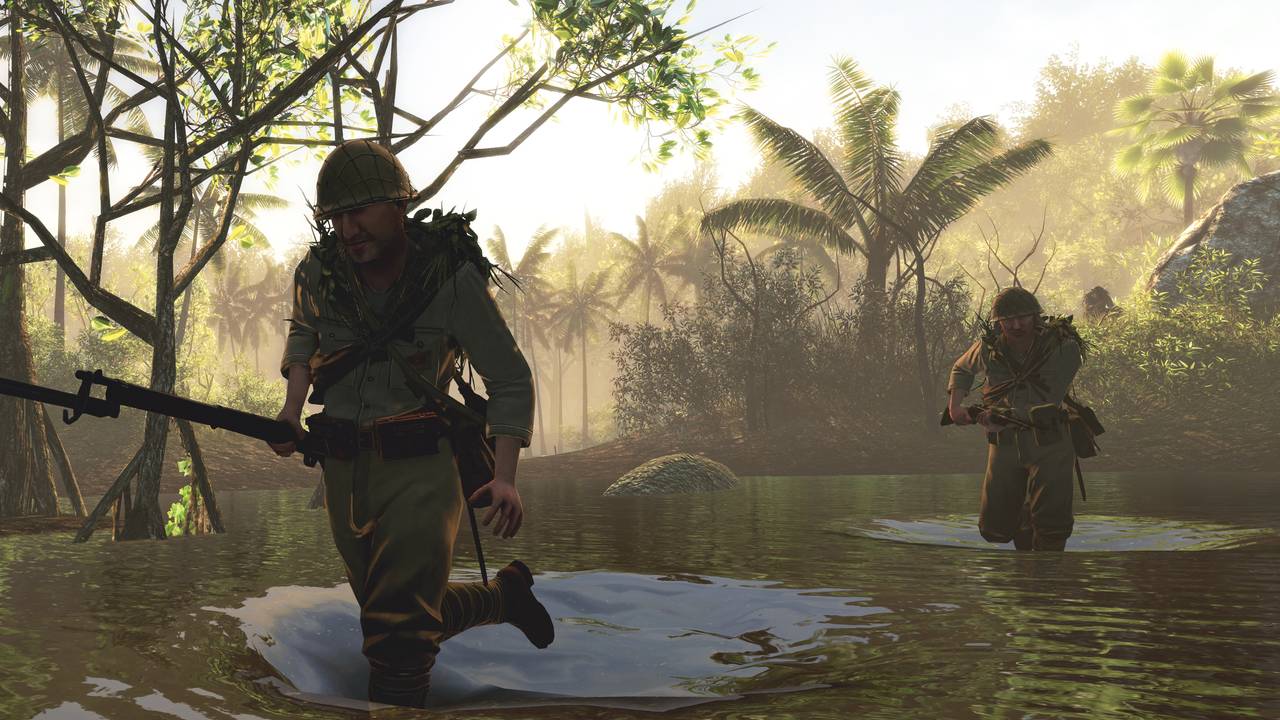 Continuation of the famous series of tactical shooter Red Orchestra brings back to the battlefields of World War II. At this time you can take part in the hostilities, unfolding in the Pacific region in 1942-1945 years. Stand on the side of the United States of America or join the Imperial Japanese Army. Go through the crucible of the great historical battles, including the Battle of Guadalcanal, Iwo Jima and the island of Saipan. You have to storm the coast to fight in the jungle, to participate in night raids ... And all this - in a network multiplayer mode supporting up to 64 players!
The tactical multiplayer first-person shooter Red Orchestra 2: Rising Storm you will experience yourself in a so-called asymmetrical warfare when enemy forces are unequal, and compensates for the weak side of the imbalance in nontraditional ways of fighting. The soldiers of the American army used heavy guns capable of causing tremendous damage. The Japanese lack of firepower fill unparalleled courage, indomitable fighting fury, and a non-trivial application of existing weapons. For example, from the manual mortars, they can fire and direct fire, and a closed position, and converted into the deadly grenade booby traps inattentive Yankees. Moreover, almost all types of individual firearms Japanese bayonets supply, which makes them very dangerous opponents in close combat.

Key features:
• Independent multiplayer shooter, which includes all the features of multiplayer Red Orchestra 2.
• 6 new maps for the bloody battles.
• More than 20 types of weapons: rifles (like the famous US Garand, M1903 Springfield and BAR, and less well-known Japanese Arisaka), pistols, machine guns, machine guns and flamethrower, mortar, and even hand-made Samurai sword - katana.
• The system is built-in tips for beginners.
• Constantly updated statistics and tracking progress of players.

*** HOW TO GET A GIFT ***
1. When purchasing be sure to include your email address in a specially designated place
2. Be positive feedback (indicate email is not recommended, since it is possible to receive even more spam)
3. Within 48 hours you will receive to your email a photo gift (guest key for Diablo 3 or Starcraft 2)