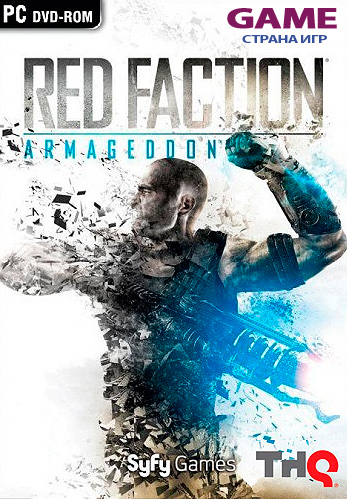 Mars 2170 - since the events of Red Faction: Guerrilla, the previous games in the series, was held for 50 years. Then the resistance forces and their allies managed to defend their freedom and establish a world of peace and tranquility. But they lasted long. As a result of man-made disaster to live on the surface of Mars it became more impossible, and the settlers had to move to the only safe place - underground caves.

* Scarlet Armageddon.
Together with Darius player to go through the terrible cataclysm of global scale and take refuge in caves just to ensure that later face even greater danger, which came from the depths of Mars.
* Create and destroy.
The unique device Darius Nano Forge will not only destroy but to build - to repair the equipment and to build shelters, well, powerful weapons, including the Magnet Gun, - tirelessly to destroy the terrible enemies.
* From the depths of darkness.
In the single player campaign and multiplayer epic events will unfold on the surface of the defeated planet, and in its depths - between the flows of lava and ice caves.

Activation Key:
1. You need to download and install Steam http://steampowered.com/download/SteamInstall.msi (if not already installed)
2. Register novvy Steam account or log into an existing.
3. Go to the "My Games" and select "Activate via Steam ...", read and agree to the Steam Subscriber Agreement and enter the key received immediately after the payment.
4. After activating the game appear in the list of games and you can download it from steam. The installation process (download) takes about 15-50 minutes (depending on your internet channel).

Obratine note:
• This is the official version from the company Buka - it has territorial restrictions (suitable only for Russia and CIS countries)!
• After activation serial key in the steam, the key becomes not valid
ie re-use it is no longer possible, so be sure to remember all the details of your account! Without them, you will not be able to gain access to active games in the future.