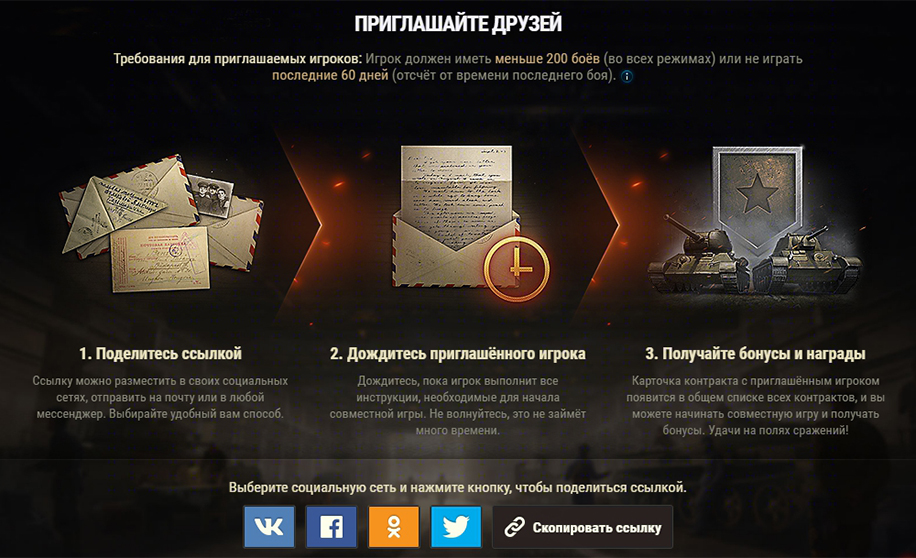 
Content: unique code 16 symbols
Loyalty discount! If the total amount of your purchases from the seller oversome more than:
If you want to know your discount rate, please provide your email:

oversome information about the seller and his items
offlineAsk a question

When 1500 points are collected, the commander (recruiter) receives a bonus 8lvl with 100% crew and a slot in the hangar to choose from from the list or credits.


you are a new World of Tanks player and have up to 200 battles in your assets, or you have not played World of Tanks for at least 60 days;
you have not yet completed the contract as a recruit;
you are not currently participating in the referral program as a recruit;
you have never been and are not at the moment the commander;
your account has not been blocked or put on deletion.
The recruit must follow the invitation link sent by the commander and join the referral program. After that, the commander will have a recruit card in the "Contract" window.

The implementation of the referral program takes an average of 15 - 19 days.