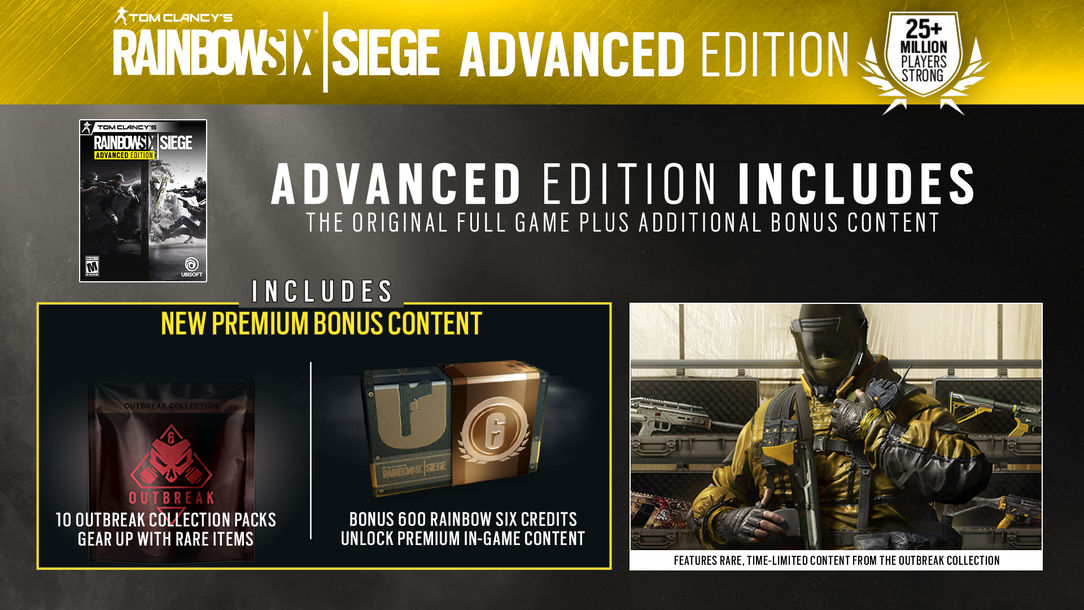 Protev information about the seller and his items
offlineAsk a question

-- ATTENTION! A GAME CAN BE ADDED ONLY TO YOUR LIBRARY! -
- This game for the region RUSSIA (except for the Crimea!) -
- The activation instruction is found below in the additional information -
- Check your region (https://store.steampowered.com/account/) -

"Tom Clancy´s Rainbow Six: Siege" - a tactical first-person shooter, developed by Ubisoft Montreal for Microsoft Windows, Xbox One and PlayStation 4. The game was announced by Ubisoft on June 9, 2014 at E3. It is the successor of the Patriots project, the cancellation of which became the reason for the announcement of the game. In Siege, a huge emphasis is placed on the destructibility of the environment and the cooperation of players.

Also, the game familiar to Rainbow Six players is returned to the game: Antiterror. In this mode you can play alone or with friends (up to 5 people in a group). In the task players task to complete the task. But they will interfere, as the developer said, "Smart" bots. Bots will be more than the players themselves.

The beta test began on September 24 and lasted until October 4. Trailer at E3 demonstrated a rescue operation with hostages.

The open beta test shooter began on November 25 and lasted until November 29 inclusive. The test was open to all interested PC owners, PS4 and Xbox One. Participants were offered 3 cards and 3 game modes.

Instructions for activation:
1. Check your region (https://store.steampowered.com/account/)
2. Enter a link to your account (Open Steam => Profile => Right-click => Copy page address)
3. Make sure your profile is open to friends.
4. Pay for the purchase.
5. Expect our request to add to Steam´s friends (from 10.00 to 01.00 on MSK from 10 minutes, if the purchase will be paid later, expect the next morning)
6. Accept our request to add to friends.
7. Accept the paid game.