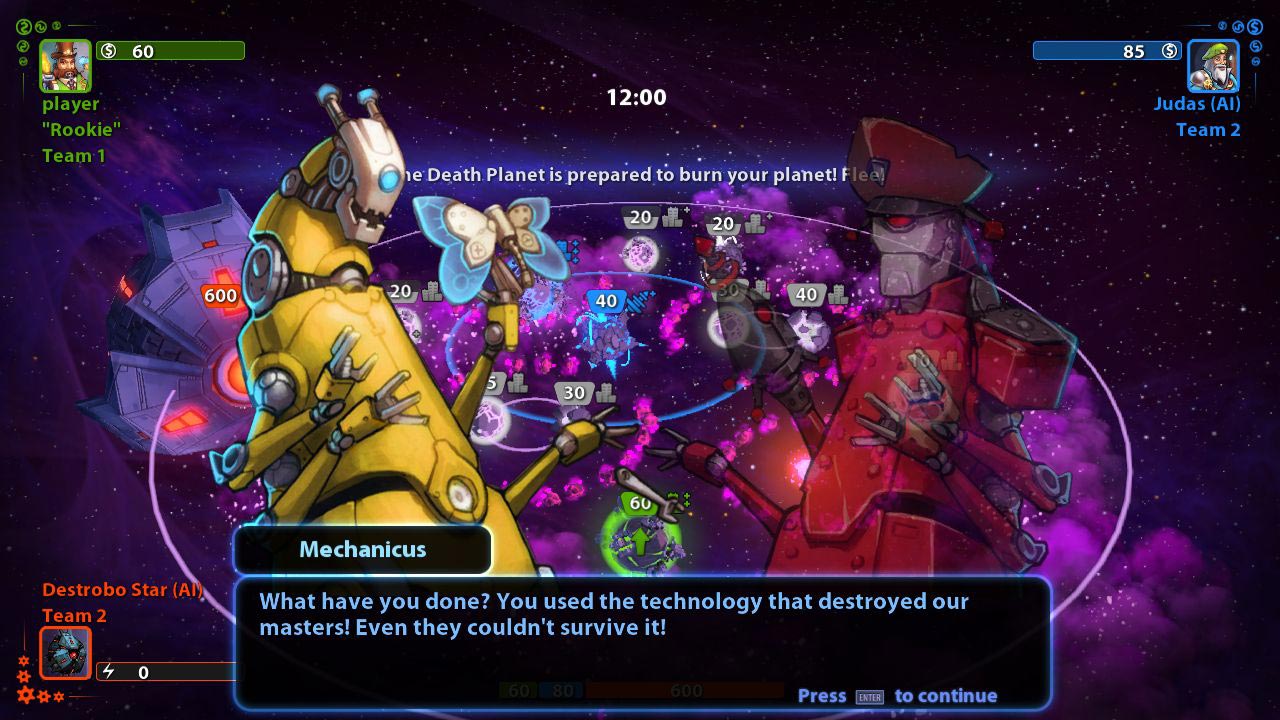 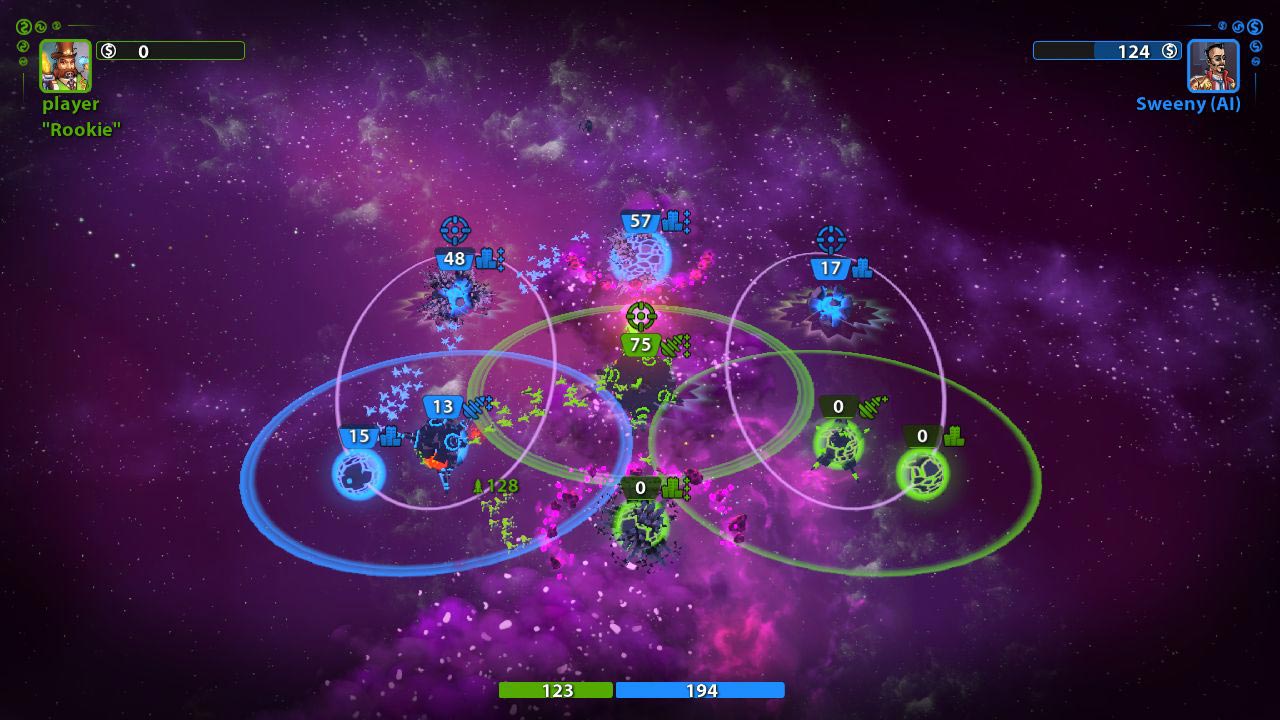 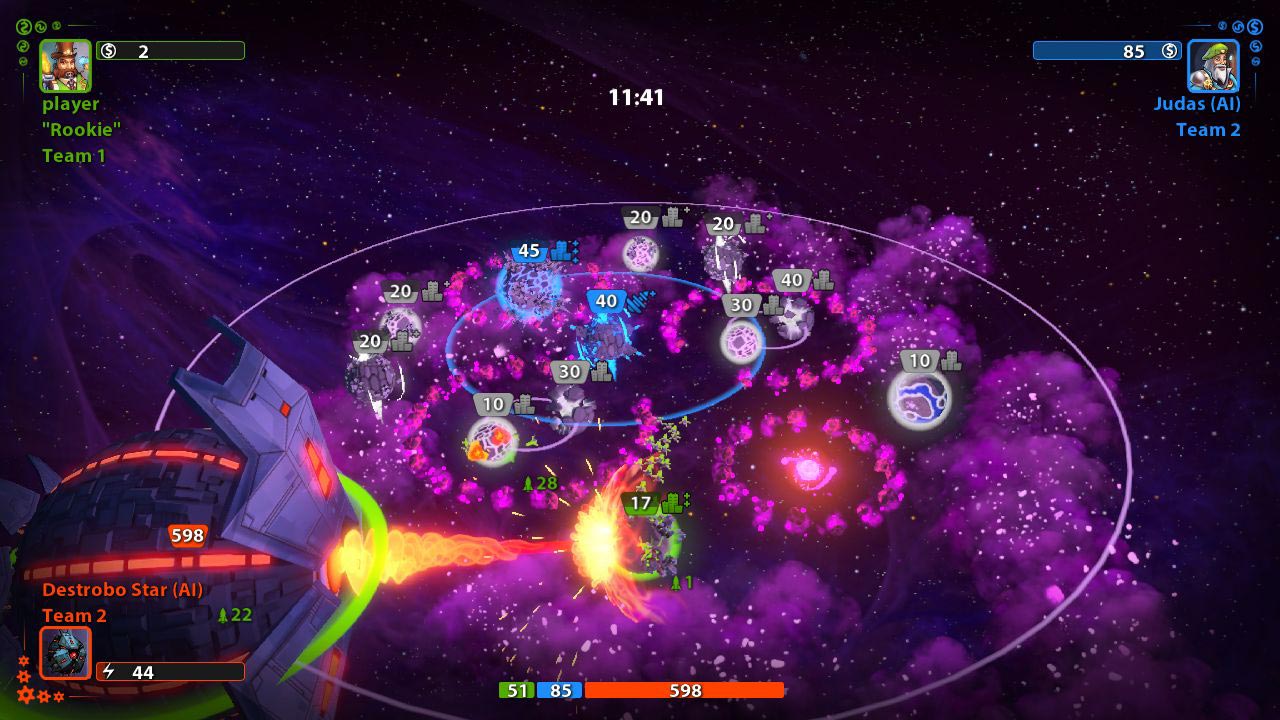 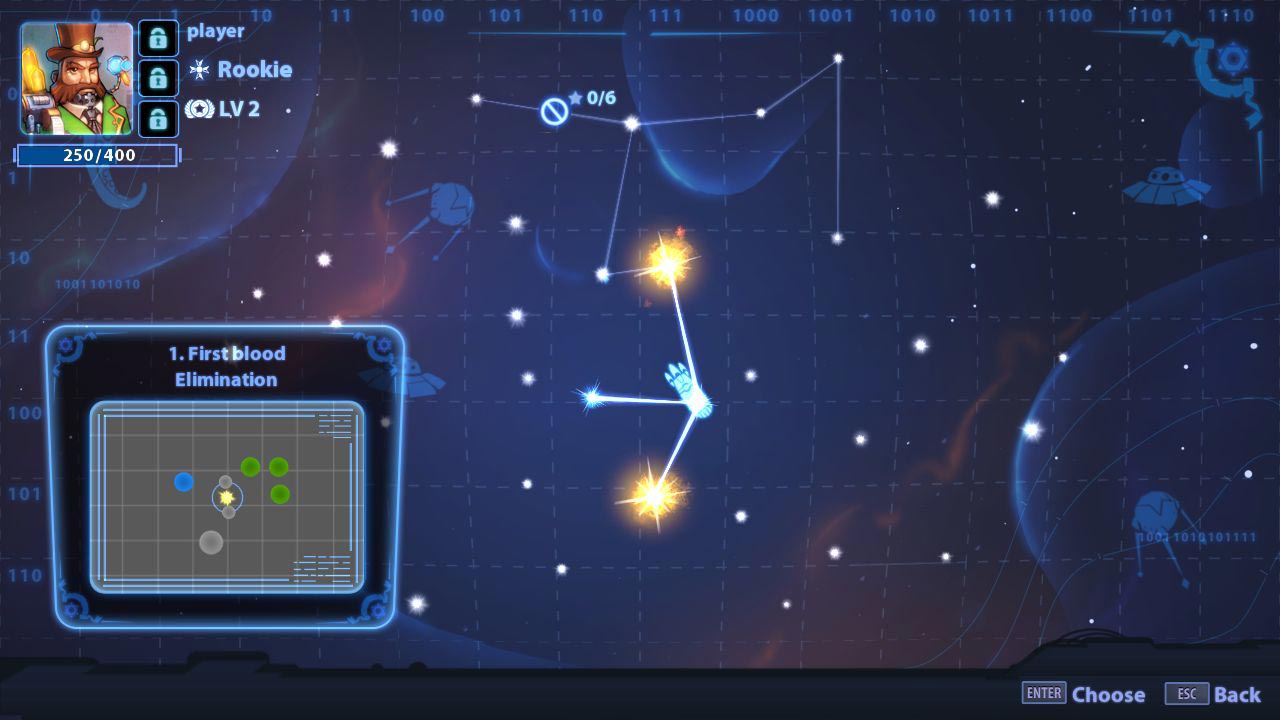 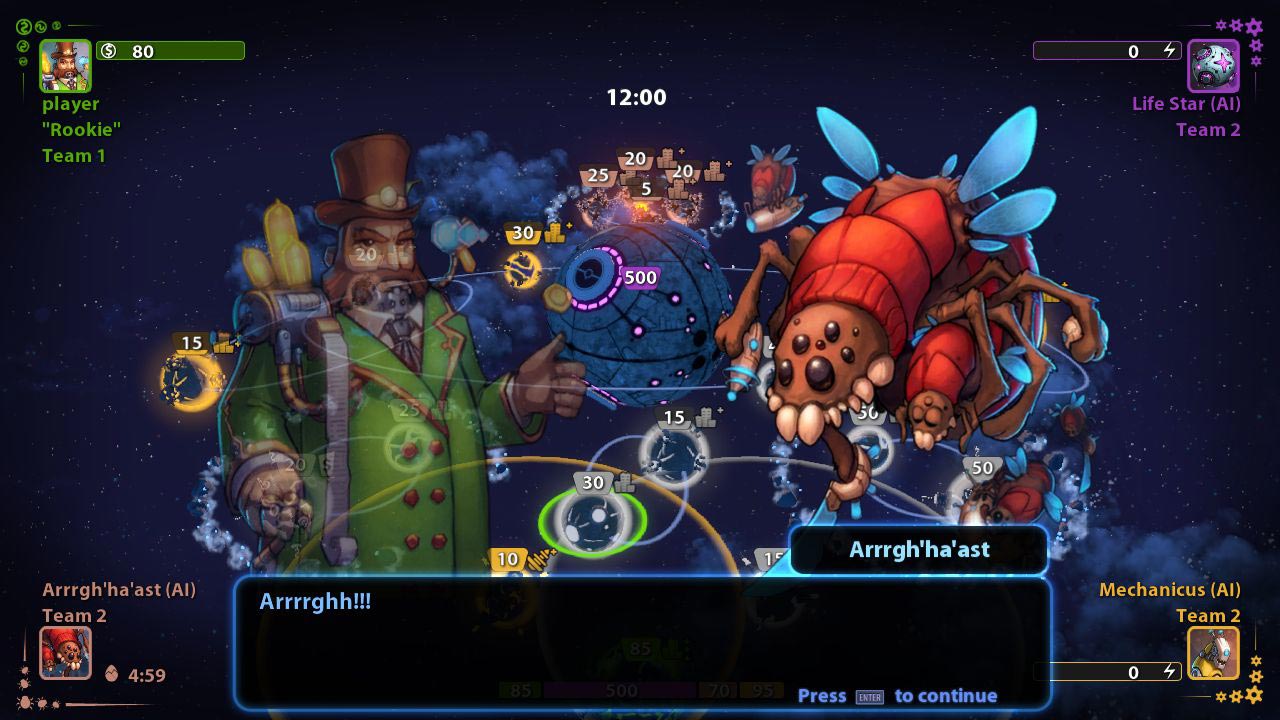 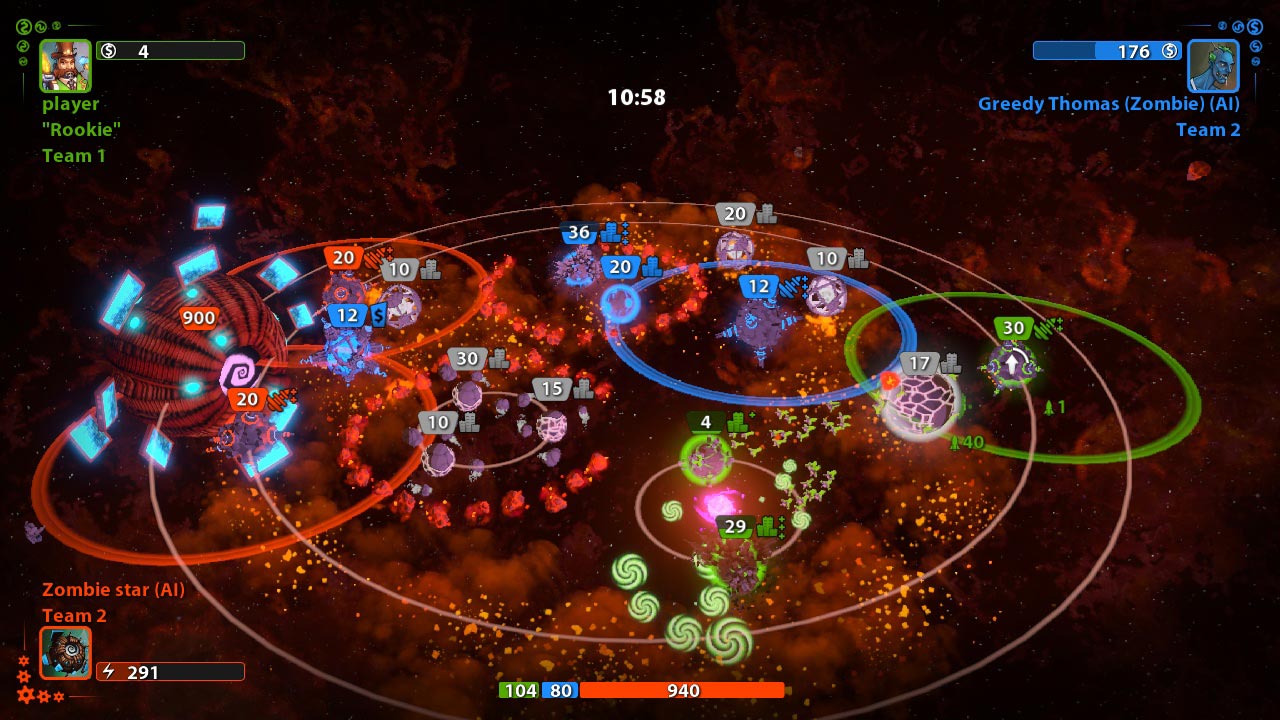 =======================================
Planets under Attack - an exciting strategic adventure, suitable for both experienced and novice players. It is easy to start playing, thanks to intuitive-simple controls and clear mechanics. And those who want to become a real master, will find behind the pleasant cartoon graphics, memorable characters and light music of enough tactical depth to entice him for long hours.
The goal of this exciting space adventure is to capture a galaxy full of unknown star systems, performing various missions. Lead a mighty armada of spacecraft and carry destruction to your enemies, but choose goals carefully! The planets you capture will bring you new ships and tax charges, but each attack costs resources and takes some time, leaving you open to a counterattack. Enemies will attack from all sides, and resist as hard as you try to capture their planets. The main thing is not to panic and act reasonably! Go to the attack? Strengthen their planets? Accumulate troops on the front line or leave defense in the rear? Decisions will have to be made swiftly and on several fronts at once. Gently and quickly choose the tactics and sequence of actions, and you will succeed, but you should relax and lose your grasp, as the enemy will crush your space army!
In campaign mode, you can compete with opponents on 32 exciting levels, in different game modes. Protect the planet before reinforcements arrive, fly to the unknown, take over the planets and strengthen the defenses - you will find what to do in your space adventure. At first the tasks will be simple, but as you move to the center of the galaxy, the complexity will grow. The more you play, the more experience you will get, discovering new technologies that can change your playing style and rethink already known strategies.
Online
In online mode, you do not just choose your path, you turn the space into your personal battlefield. You can fine-tune the game by selecting the number of players, game modes and map. And to make it easy: just a few clicks, and you´re already fighting with friends.

• Mobile planetary systems in three-dimensional space
• Cool stylish cartoon graphics
• Jolly and easy to learn gameplay in the setting of science fiction
• 8 types of planets
• Event-packed campaign of 32 levels and different game modes
• 15 multiplayer levels for 2-4 players - for battle in online mode with other players or in a battle against AI, as well as the mode of team play
• Multiplayer game without the Internet - play the four on one machine in all modes
• 15 technologies for studying add depth to the game process both in the campaign and in network modes
• Two playable races with a unique design of ships and various controls