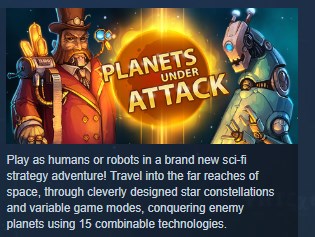 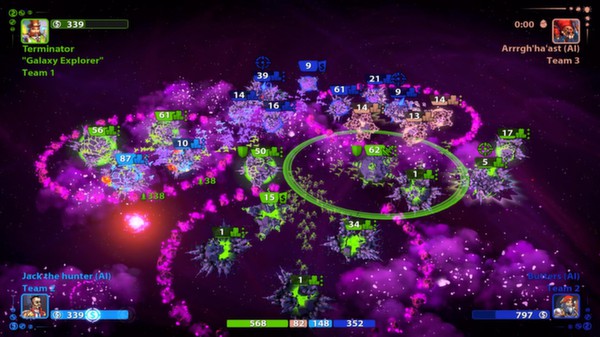 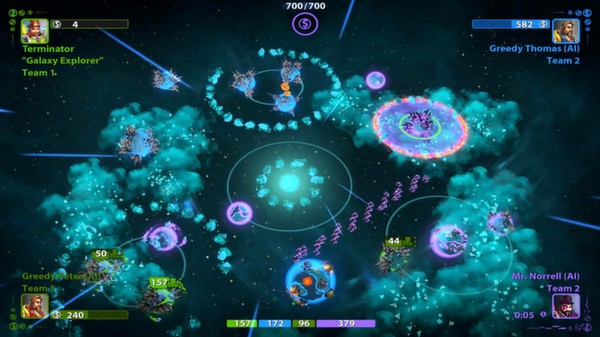 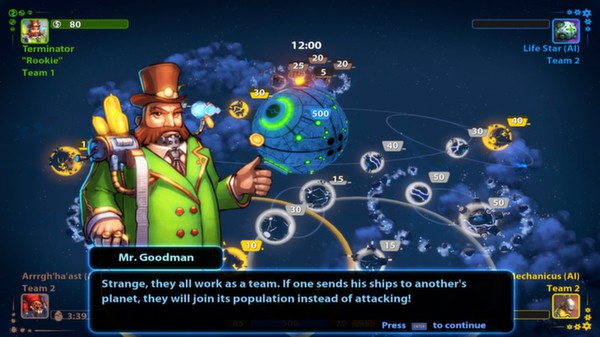 http://store.steampowered.com/app/218510/
💎💎💎💎💎💎💎💎
Planets under Attack - an exciting strategic adventure, suitable for both experienced and novice players. It is easy to start the game, thanks to intuitive and simple operation and easy to understand mechanics. A person who wants to become a true master, will find for a pleasant cartoon graphics, memorable characters and light music enough tactical depth to captivate him for hours.

The aim of this exciting space adventure - to conquer the galaxy full of unknown star systems, performing various missions. Keep a mighty armada of spacecraft and bring destruction to your enemies, but choose carefully goal! Planets that you capture, you will bring new ships and tax revenues, but worth every attack resources and takes some time, leaving you open for a counterattack. Enemies will attack from all sides, and fight hard, while you are trying to capture their world. The main thing - do not panic and act wisely! Go on the attack? Strengthen their planet? Amass troops on the front line or leave protection in the rear? Decisions will have to take swift and on several fronts at once. Gently and quickly choose the tactics and the sequence of actions, and you could do it, but once you relax and lose his grip as the enemy army trample your space!

In campaign mode you´ll be able to fight with the enemy on 32 exciting levels, different game modes. Protect the planet before the arrival of reinforcements, fly into the unknown, conquer planets and strengthen the defense - you´ll find something to do in your cosmic adventure. First, the job will be easy, but as we move towards the center of the galaxy, the complexity will increase. The more you play, the more experience you get, discovering new technologies that can change your style of play and already known to rethink strategy.

Online
In online mode, you do not just pick up your way, you turn the space into a personal battle. You can fine-tune the game by choosing the number of players, game modes and maps. And to make it easier: just a few clicks, and you´re fighting with your friends.