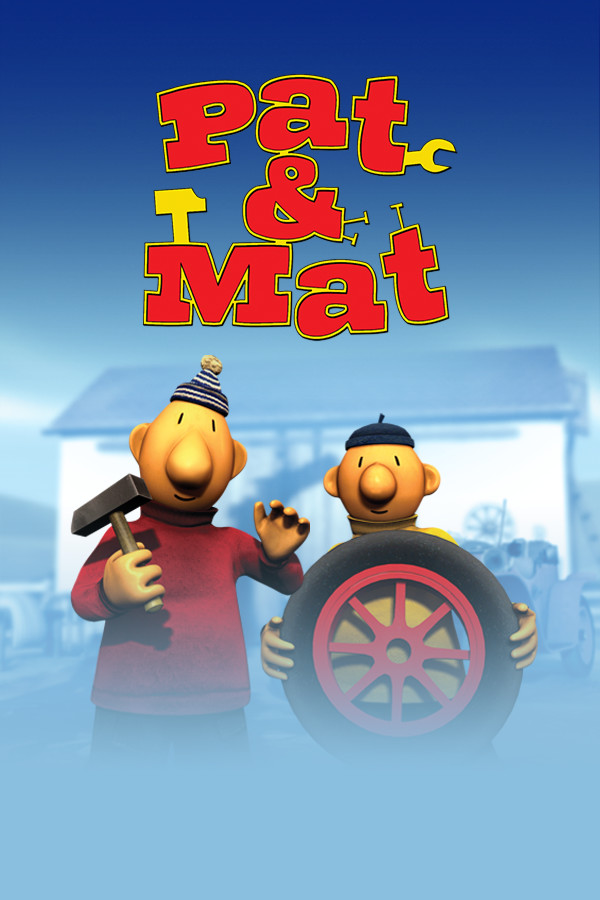 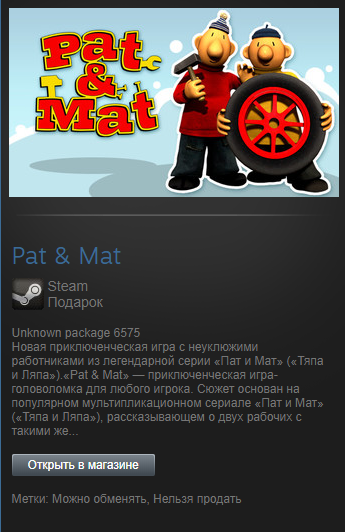 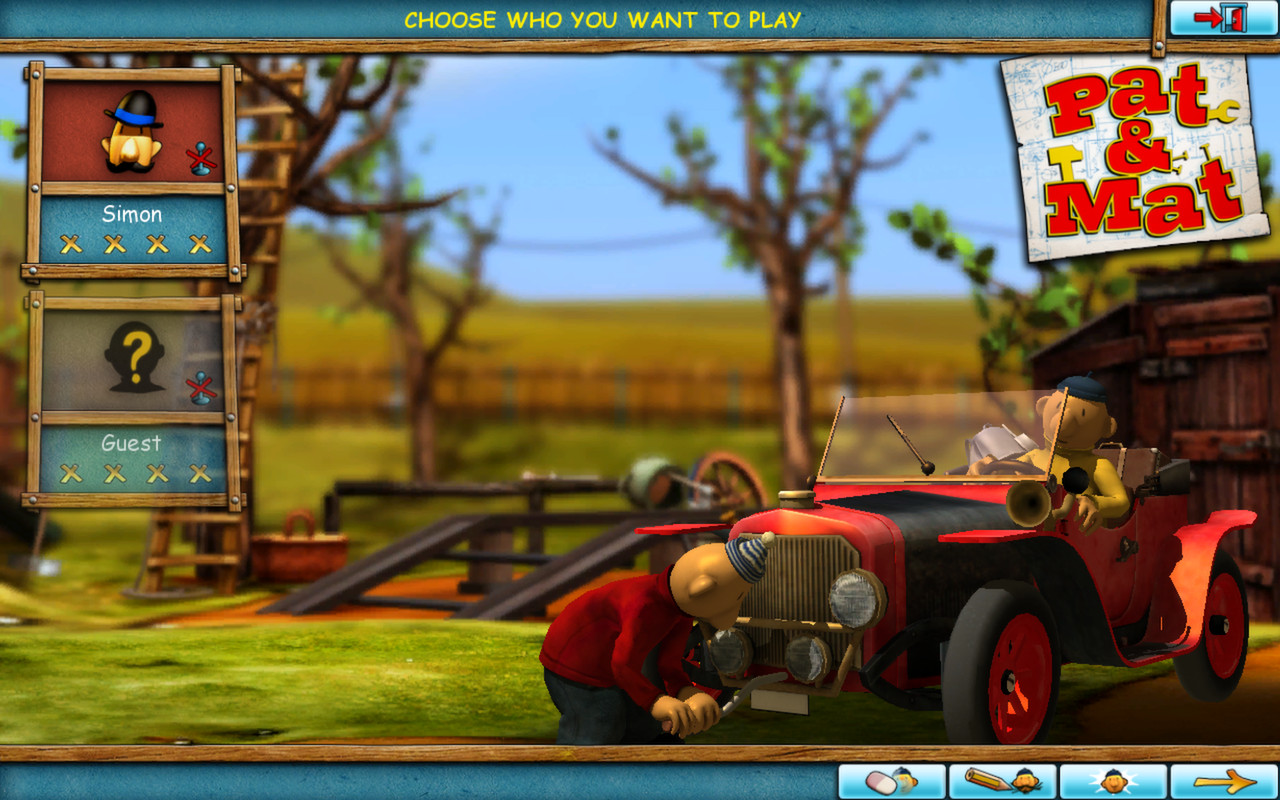 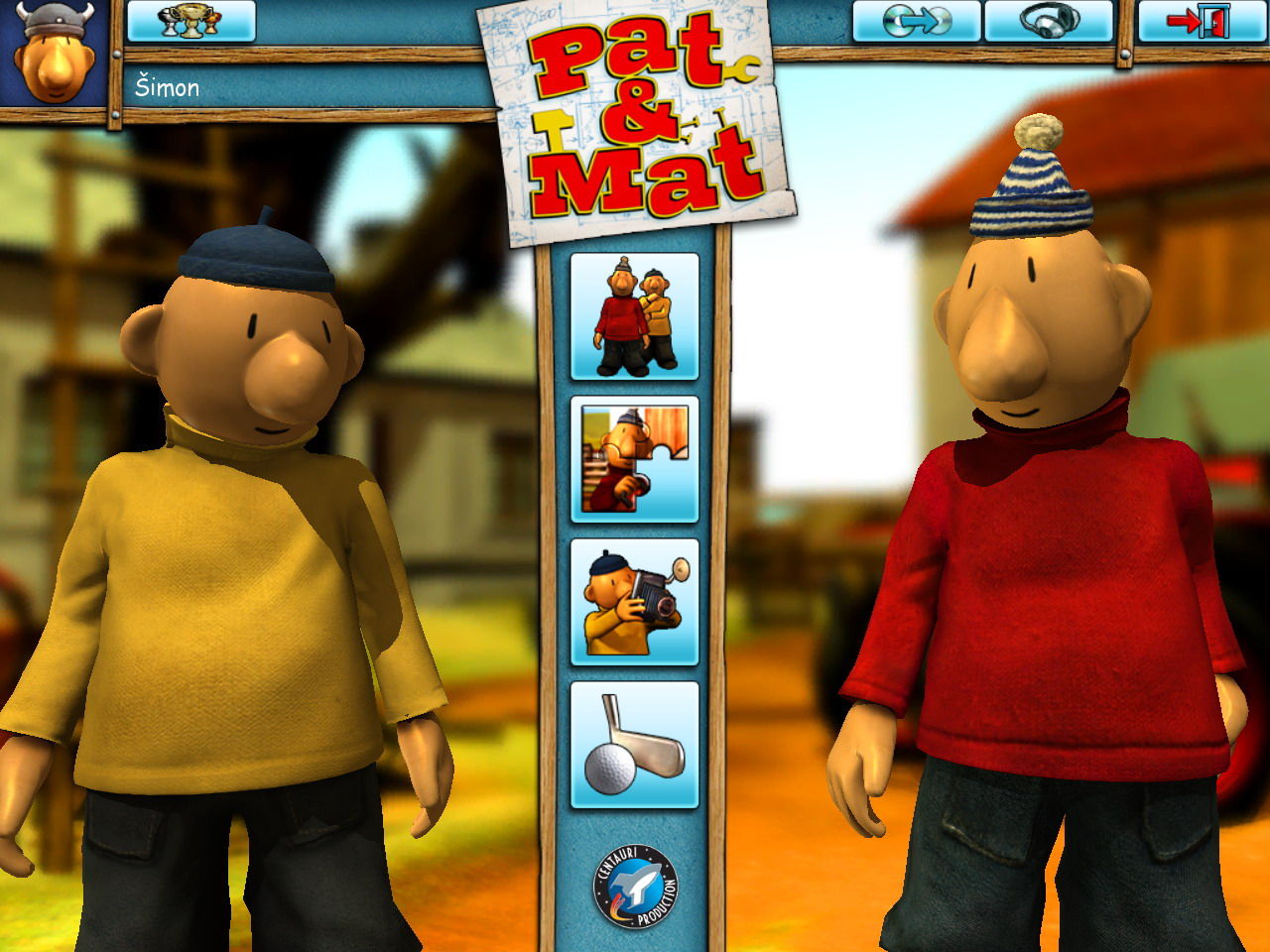 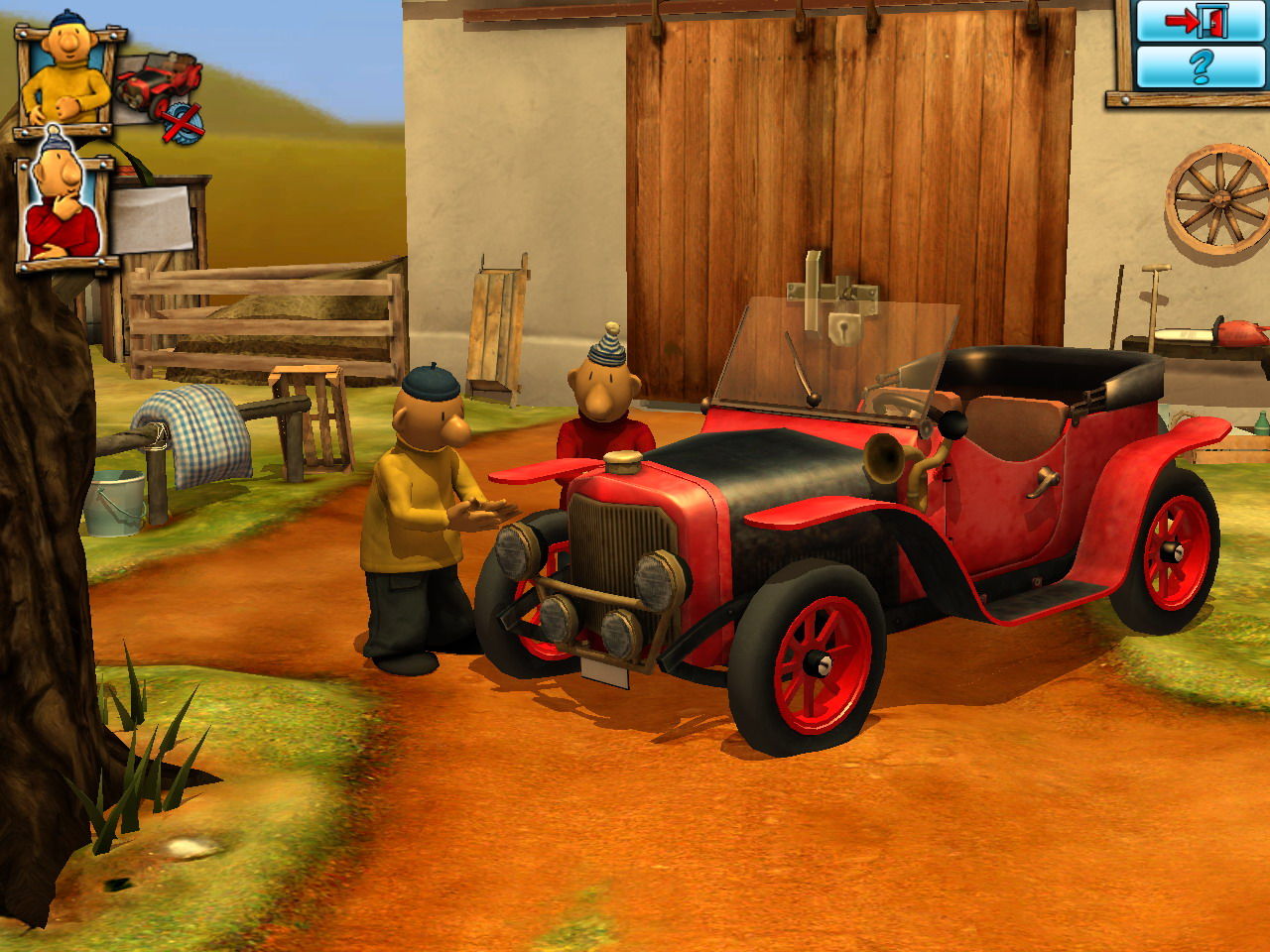 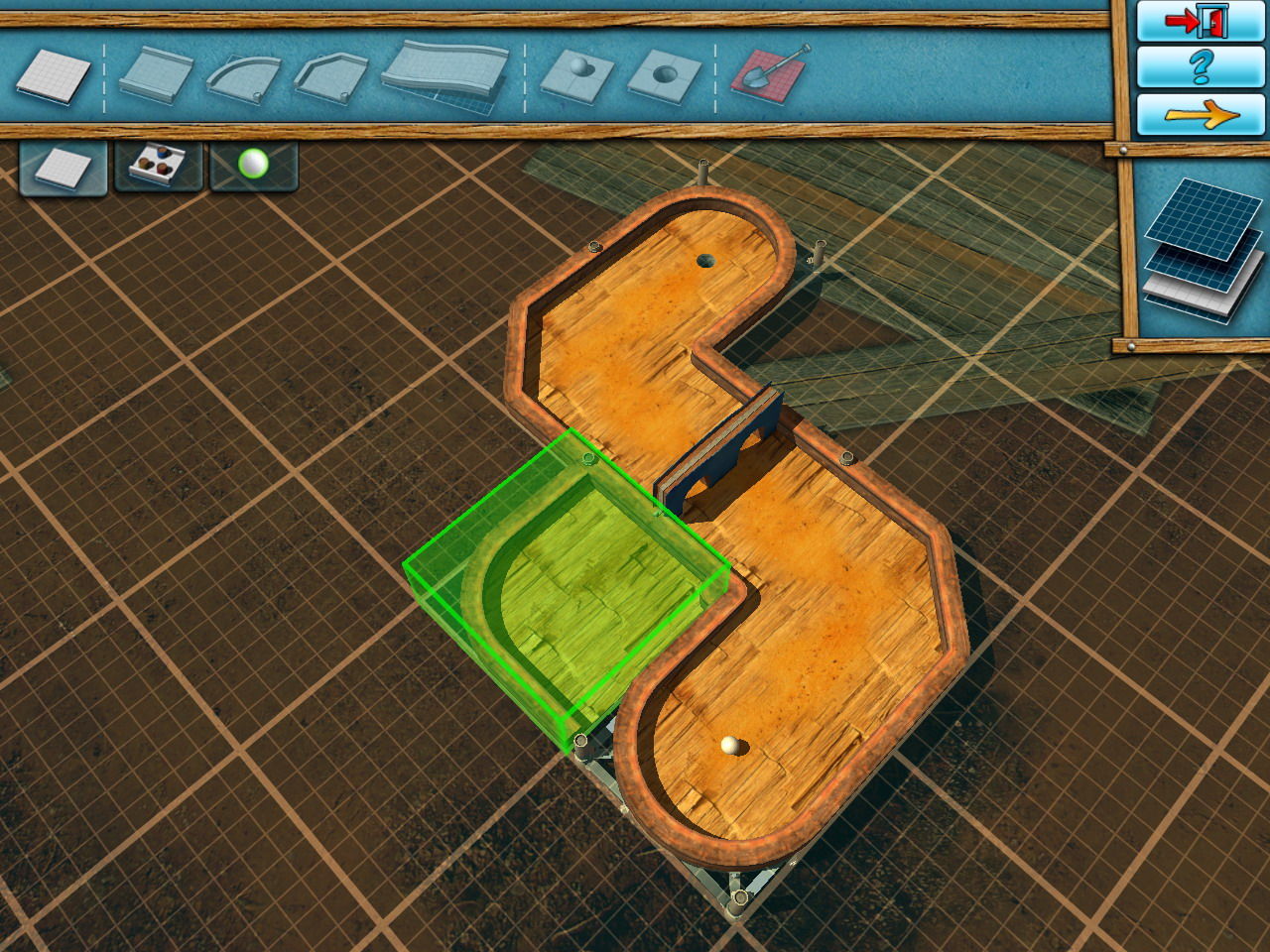 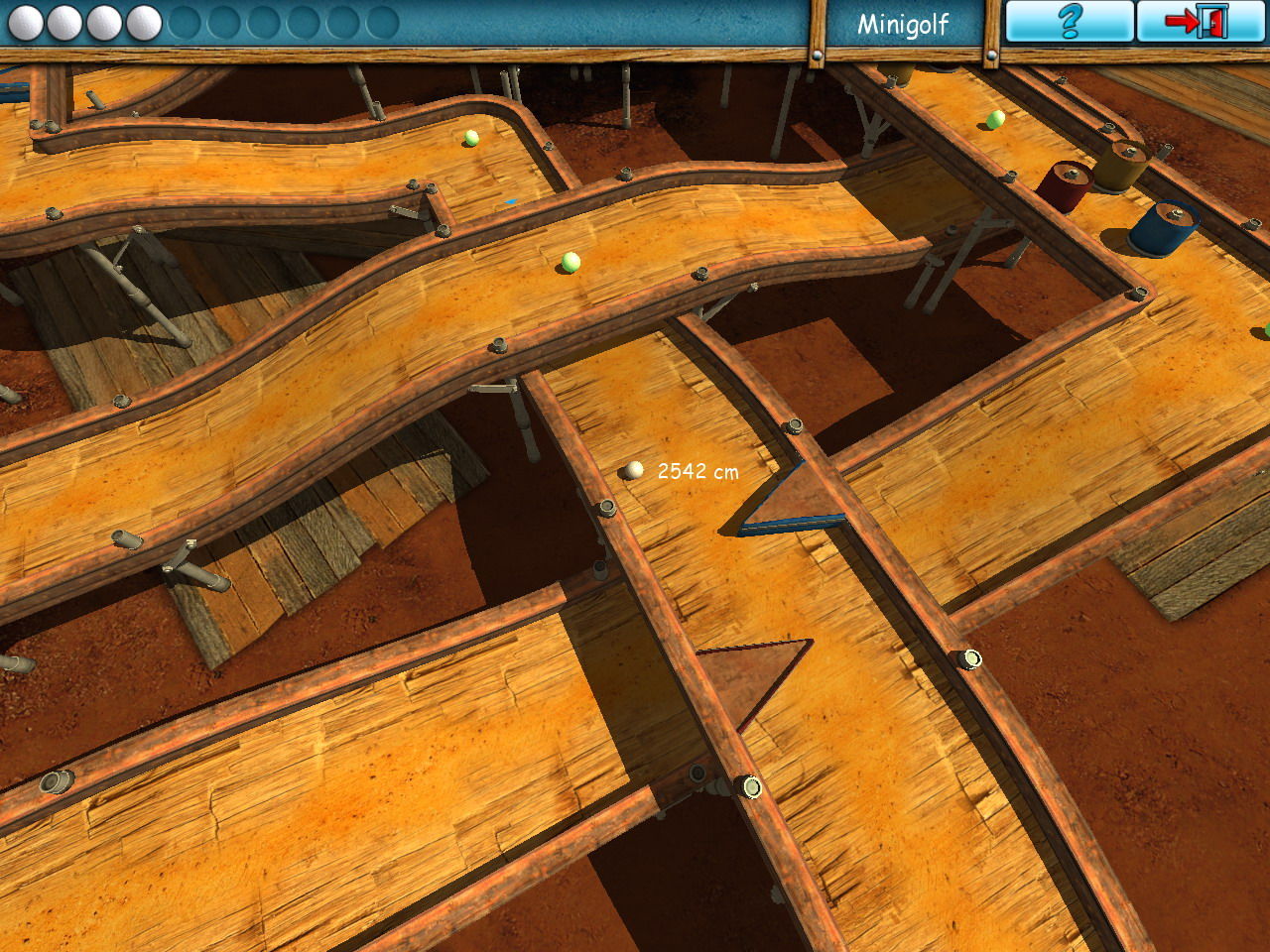 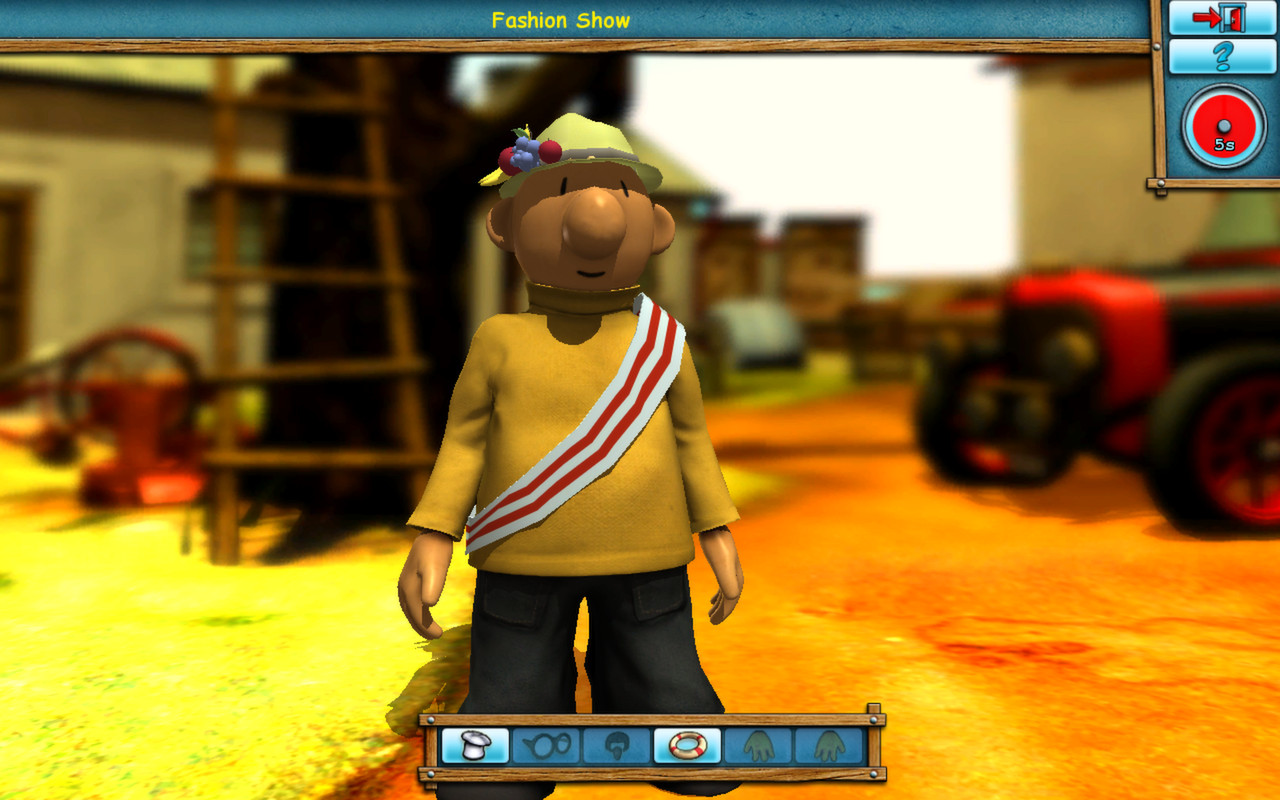 Uploaded: 06.03.2021
Content: text 73 symbols
Loyalty discount! If the total amount of your purchases from the seller Defik more than:
If you want to know your discount rate, please provide your email:


New adventure game with clumsy workers from the legendary series "Pat and Mat" ("Tyapa and Lyapa").
Pat & Mat is a puzzle adventure game for any player. The plot is based on the popular animated series "Pat and Mat" ("Tyapa and Lyapa"), which tells the story of two workers with the same names. Despite the fact that the game is made in 3D graphics, it still managed to preserve the spirit and appearance of the original cartoon (the characters look like dolls, and all the movements are as if drawn by animators). The player will have to control both Pat and Mat, and solve various tasks with their help.
Key features:
A world-famous brand (Pata and Mata are known all over the world. The game doesn´t just "use" their name - it really simulates the very same cartoons on your computer).
Exactly the same Pat and Mat, as they once were on TV (Reconstruction of both dolls in 3D. The game looks exactly like those cartoons).
Humor that everyone can understand (Amusing actions, funny situations, funny movements throughout the game).
Unusual problem solving (For example, creating an "incredible machine")
Lots of "mini-games" and "micro-games".
Suitable for everyone. For both parents and their children. Ordinary players will surely like the simple and intuitive controls, as well as the humor of the game, but "gamers" will be able to stretch their minds and try to solve puzzles in the most unusual ways.

This Is the Police 2 * STEAM Russia 🚀 AUTO DELIVERY