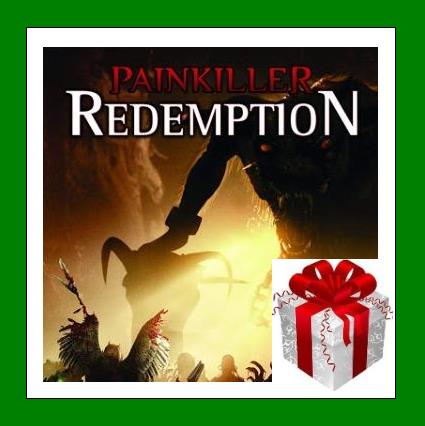 After payment you will immediately receive a key to activate the game Painkiller: Redemption in the Steam and the inclusion of all network functions of the game.

Key Painkiller: Redemption has no regional restrictions - REGION FREE, and can be activated in any country. Language game - English, German !!! Russian language is not in the game !!!


Welcome to the world of pain. Paradise is in danger again - he threatened daring army of monsters from hell. And she did not stop at anything. At this time, only two heroes can save heaven from total destruction: Daniel and Belial, two champions from the previous parts Painkiller, have come together to put an end to the old enmity between heaven and hell. Unfortunately, the army of hell even bigger and stronger than ever before: the new mistress of the abyss has been endowed with the power of all the previous leaders, and it is ready to wage war for as long as hell did not win. Its troops did not want to go back down into the pit without a long and bloody battle. Can you survive the endless onslaught of the servants of the Devil, which you have seen in their most terrible nightmares

The new campaign includes 7 to 10 hours of pure action

Even more blood and meat per square meter: immerse yourself in a damn intense gameplay and truly explosive shooter.

More levels of meat and terrible enemies than ever may be: destroyed more than 6,000 creatures are constantly resurgent scourges

Improved graphics, improved artificial intelligence and an environment that is as good as new and atmospheric music

Instructions on how to activate the key Painkiller: Redemption:


VNMANIE After activation serial key in the steam, the key becomes not valid, ie, they can not re-use.