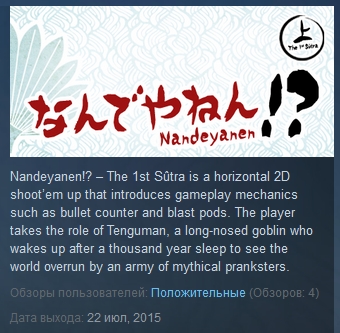 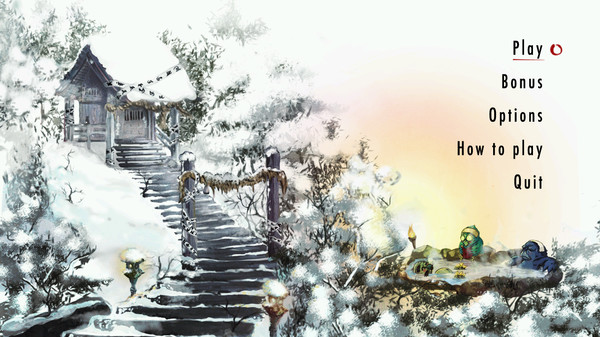 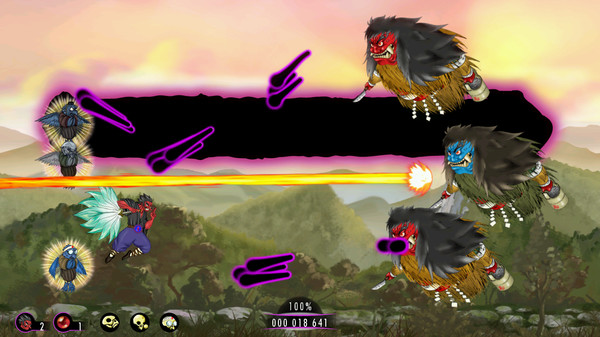 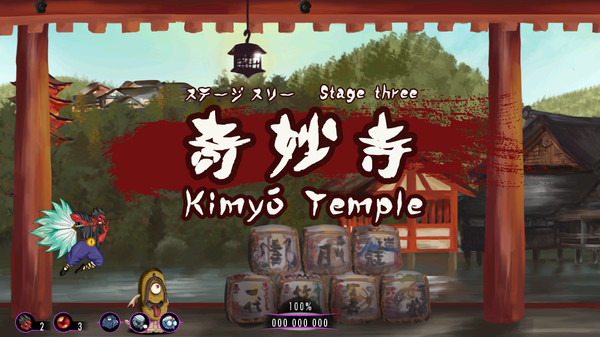 Nandeyanen!? – The 1st Sûtra is a horizontal 2D shoot’em up that introduces gameplay mechanics such as bullet counter and blast pods: the first allows the player to survive waves of attacks by returning them to their sender and the second is a tool meant to valorize the player’s learning curve by letting him spread his attacks on the whole screen.

In a narrative thought as a homage to Japanese imaginary worlds and creative game design, the player takes the role of Tenguman, a long-nosed goblin who wakes up after a thousand year sleep to see the world overrun by an army of mythical pranksters.

The game structure seeks to emulate both the tenacity and the virtuosity required by the genre. Thus, while meant to be easy on the eyes the game is not targeted at beginners.